Glentoran produced another disappointing home performance, losing 2-nil to Ards in today's Danske Bank Premiership game. Ards came into this game on the back of 4 consecutive league defeats and having not won at the Oval since 1987, the Glens were big favourites to take the points. However a mixture of poor finishing and sloppy mistakes meant it was Colin Nixon's side who emerged victorious after what was a dire 90 minutes of 'football'. 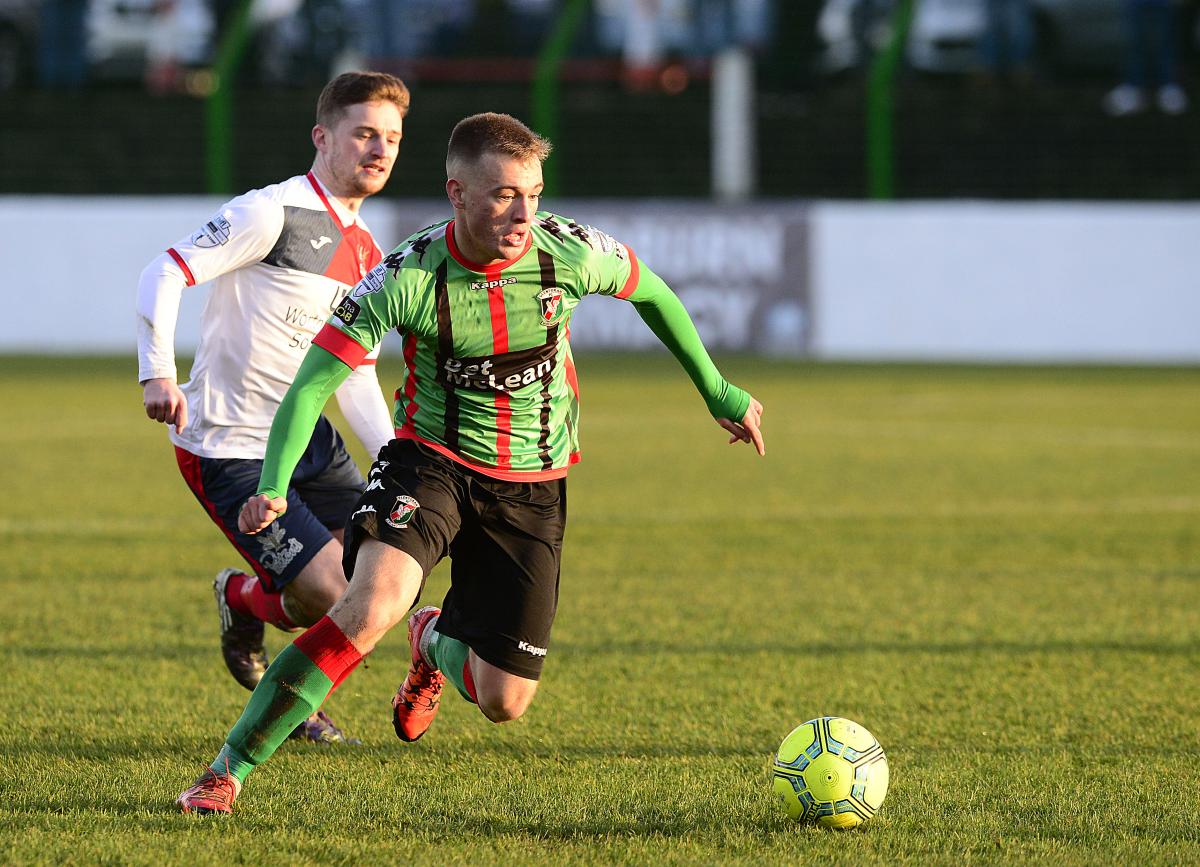 Just like last weekend at Warrenpoint, Glentoran started brightly and should have been ahead in the opening minute. A foul on Robbie McDaid gave the home side a free kick. It was swung into the penalty area but an unmarked McDaid failed to hit the target with a free header. On 10 minutes Dylan Davidson picked up the ball following a poorly cleared Glentoran corner. The former Preston player drove past a couple of players before unleashing a fierce 25 yard drive which smashed off the crossbar. A minute later Ards had their first opportunity. It came from a set piece which was played into the box. Jonny Taylor was allowed an unchallenged shot but fortunately for the Glens, it flew over the bar. On 25 minutes Robbie McDaid was sent clear but with Dylan Davidson free to his left, McDaid opted to try and go past the Ards defenders and he was stopped short of the penalty area. Just before the half hour a poor touch from Corey McMullan presented the visitors with a good opportunity however Jonny Addis made a fine defensive block to keep the game scoreless. 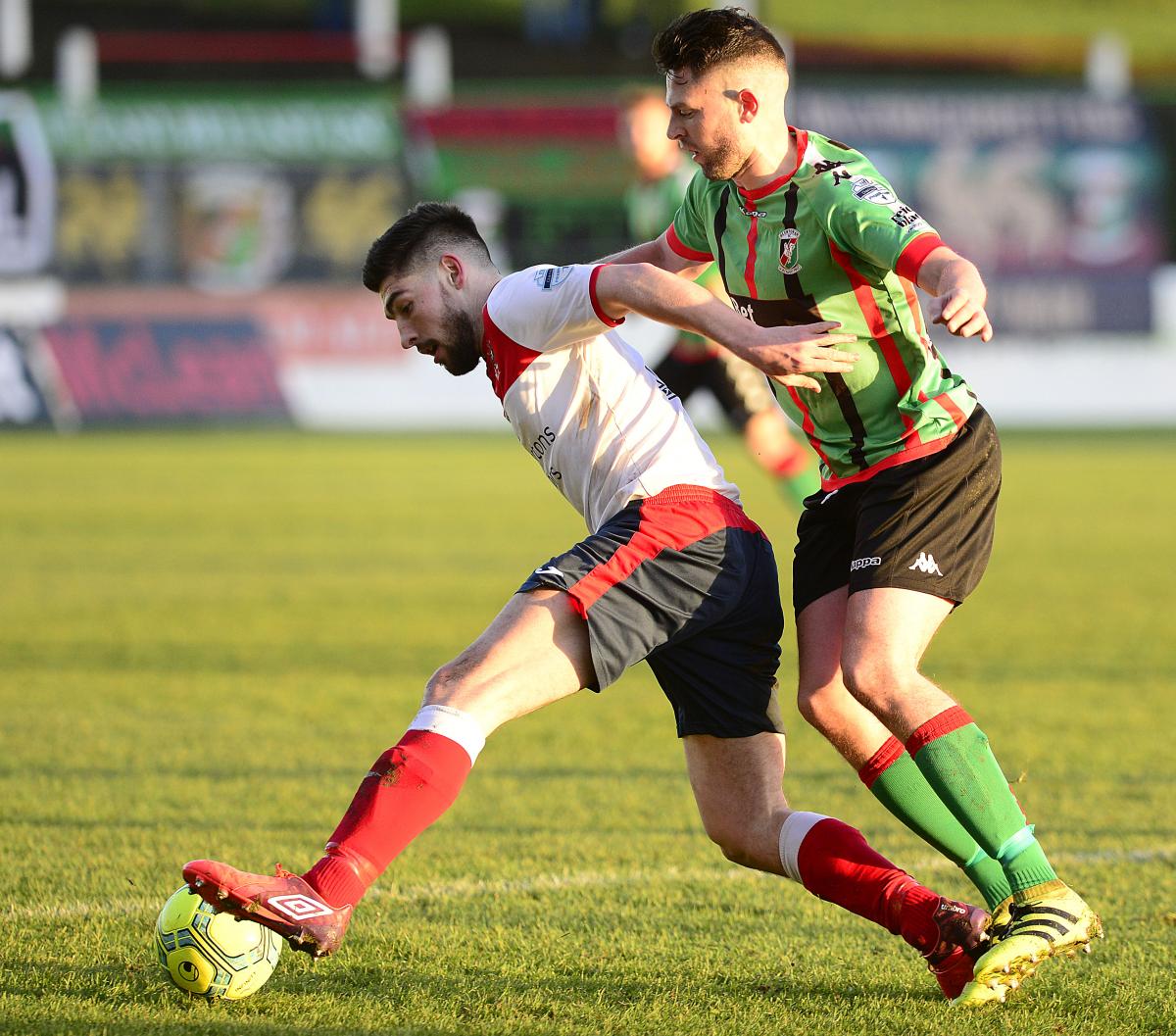 James Ferrin, on a rare foray forward, controlled the ball well on the right corner of the 18 yard box and his cross picked out Curtis Allen. The Glentoran number 9 faced an empty goal but unexplicably headed over the crossbar! James Knowles went close with a free kick whilst at the other end Daniel Kelly made a crucial challenge to deny Michael McClelland. The home fans were on their feet in the 41st minute when Tiarnan McNicholl surged forward passing one player and then another. From a tight angle he slid the ball past Aaron Hogg but it went agonisingly wide of the far upright. Two minutes from the interval Ards went in front. Robbie McDaid conceded a needless free kick on the left flank. Nathan Hanley took the set piece and his ball into the area was met by McClelland who got in front of Jonny Addis to head home. Glentoran had a half chance to level just before the break but James Ferrin's header from Knowles' free kick lacked the power to trouble Aaron Hogg. 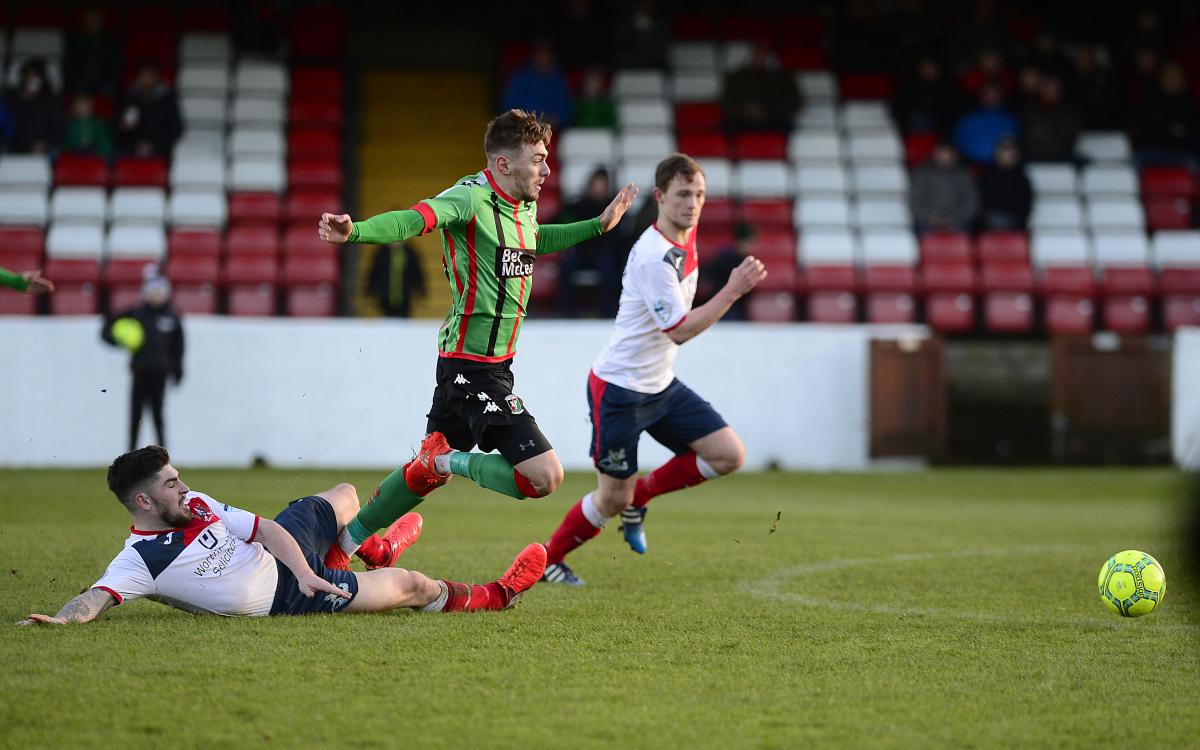 The home crowd expected a big reaction as the teams came out for the second half but it didn't materialise. There were 65 minutes on the clock when Dan Kelly tried his luck from long range but it was well wide of the mark. Finally on 68 minutes the Glens applied a bit of pressure with Allen bringing a save out of Hogg. McDaid's effort on the follow up was blocked and then Knowles also failed to pierce the Ards defence with another attempt. Fifteen minutes from time another sloppy mistake led to another Ards goal. Jonny Addis failed to find Kym Nelson with Johnny Fraser intercepting the pass from Addis. Jonah Mitchell took over and carried the ball into the area before finding Fraser who swept it past Morris from 12 yards. Substitute Jonny Smith and Robbie McDaid had further chances but rarely will Aaron Hogg have had an easier 90 minutes in goal at the Oval. 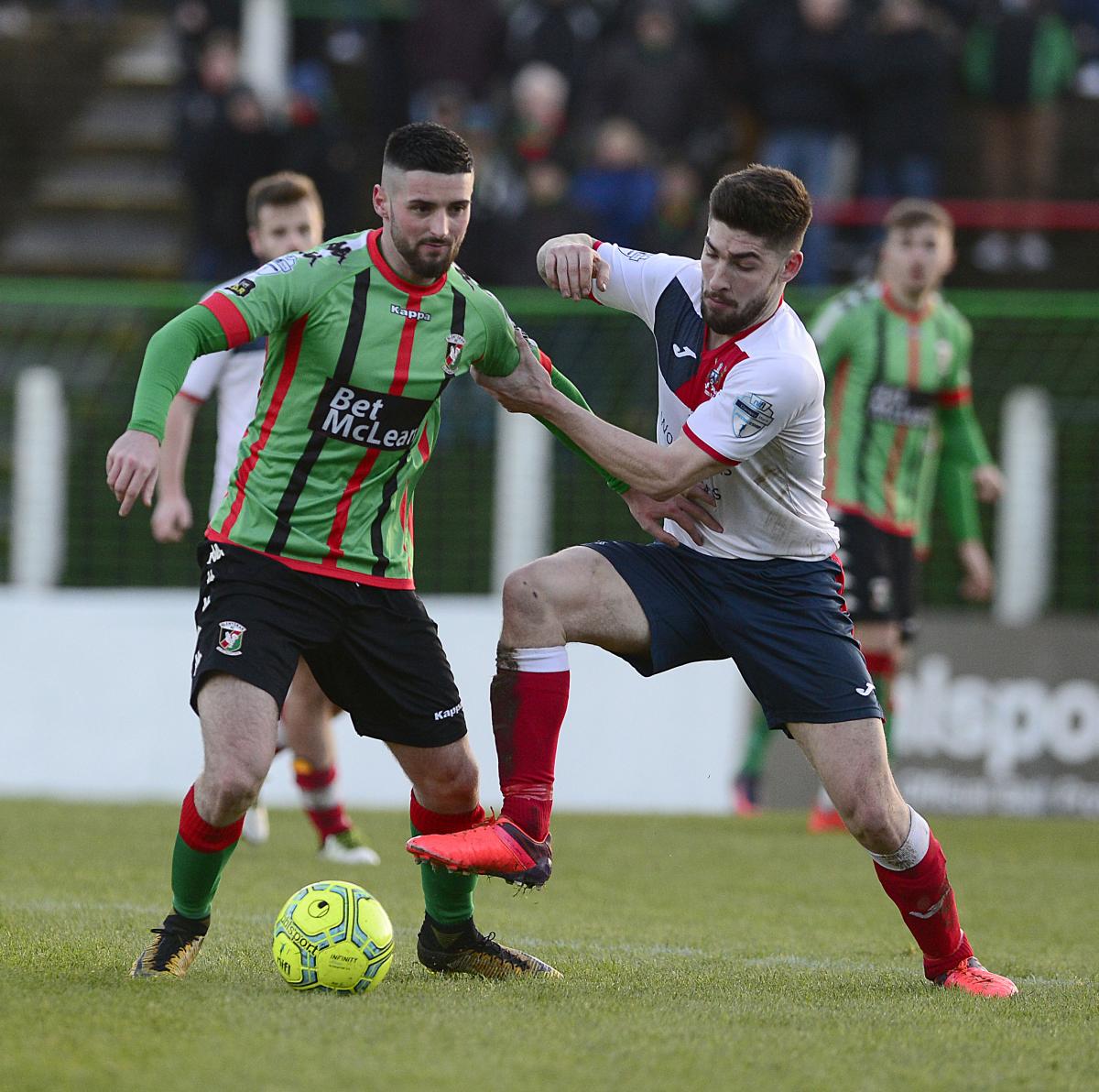 Next up for Glentoran in the Danske Bank Premiership is a trip to Seaview to face in-form Crusaders. With Curtis Allen and James Knowles both suspended for this game, manager Gary Haveron will be hoping that skipper Marcus Kane can recover from a groin injury picked up at training last Thursday evening. Whichever 11 are selected next weekend though, they will certainly need to stand up and be counted. Another lacklustre performance like today would surely be severely punished.