Glentoran's hopes of finishing in the top 6 suffered another blow with a narrow home defeat against Linfield. Glentoran's performance mirrored a number of high profile games this season with periods of very encouraging play but a lack of conviction in the final third and sloppy goals costing Gary Haveron's side dearly. There was a quiet feel for a Big Two game with Linfield's title hopes looking bleak after last weekend's shock 1-1 draw with Portadown all but finishing off their chances of catching Crusaders at the summit of the table. For Glentoran, three points were required to have any hopes of avoiding missing out on the top half split for the first time in the new league format's history.

Glentoran were not dealt good news on the injury front with Curtis Allen ruled out alongside Calum Birney and Ciaran Caldwell. A boost however was Marcus Kane returning alongside Stephen McAlorum in midfield with Jonathan Smith leading the attack as a lone striker.

Glentoran started brightly with Marcus Kane linking with Chris Lavery in just the fourth minute but Lavery miscontrolled, killing the opportunity to get through on goal. From the counter attack Linfield showed their threat when Stephen Lowry's fantastic cross field ball was controlled and fired across the box by Niall Quinn but neither Andy Waterworth or Cameron Stewart could connect as the ball went agonisingly wide. A close shave for The Glens.

After that though Linfield didn't offer much of a threat in the first half an hour with Glentoran dictating the play in the game. Chris Lavery was causing problems for Reece Glendinning with the full back being beaten on three or four occasions and being forced into a number of fouls on Glentoran's winger. Despite Glentoran's good play, there was little threat to Linfield's third choice goalkeeper Alex Moore's goal. 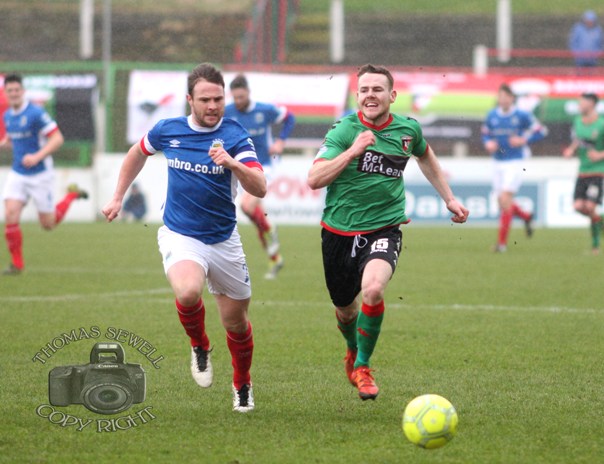 Chris Lavery's threat did finally lead to the first meaningful moment of the game in the 35th minute when receiving the ball on the left hand side, Lavery shot at goal with his effort too close to the near post and easily palmed wide by the Linfield goalkeeper. That effort seemed to spring the game into life with Paul Smyth having a great chance for Linfield after receiving the ball in the box. Smyth however dragged his shot narrowly wide of Elliott Morris' post as the Glens keeper looked on.

In the 40th minute Glentoran missed their biggest chance of the game. An excellent breakaway from Chris Lavery from a good header from Jonathan Smith led to a fantastic ball from Lavery through the Linfield defence to Steven Gordon. Gordon connected with the ball past the oncoming Linfield keeper but the shot lacked pace and Reece Glendinning got back to hack the ball off the line. A fantastic opportunity but Gordon really should have buried it. 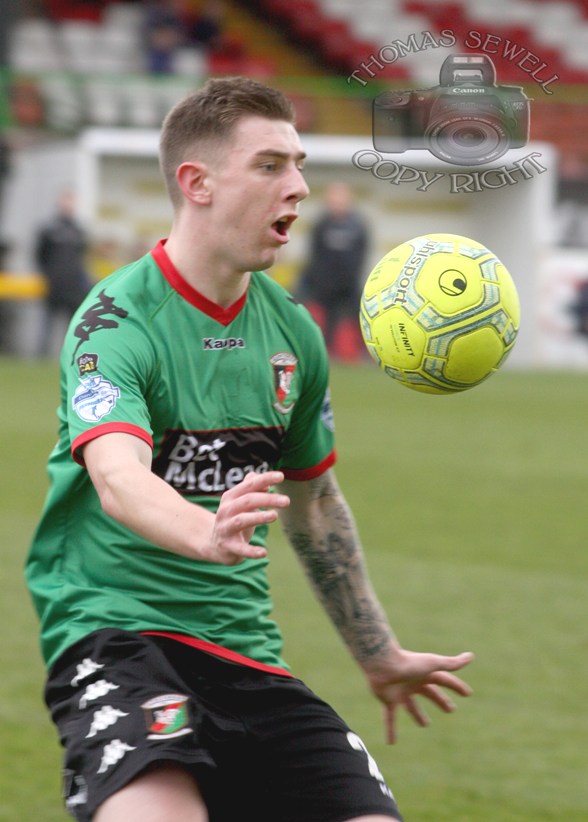 The end to end finish to the first half continued as Linfield almost took the lead just before the break after Elliott Morris denied Paul Smyth, but Stephen Lowry on the follow up hit a fantastic chance just wide of the post. Half time, 0-0.

Linfield started the second half much brighter as Glentoran struggled to replicate the positivity from the first half. Jimmy Callacher had the first chance on the 48th minute; from a corner Ross Redman barely cleared with his header going straight to the former Glens defender but Callacher volleyed high and wide over Morris' crossbar. In the 51st minute the Linfield pressure continued, a flick on got through the Glentoran defence too easily and Paul Smyth flashed a shot just wide of the far post.

The Linfield pressure finally showed with Andy Waterworth taking the lead on the hour mark. It was a poor goal from Glentoran's perspective from the second phase of a set piece. The delivery into the box wasn't cleared and Waterworth finished from just outside the six yard box. Looking back on the replay, Marcus Kane appeared to be impeded in the build up which led to Waterworth escaping free but Glentoran will be kicking themselves for the lapse in concentration. 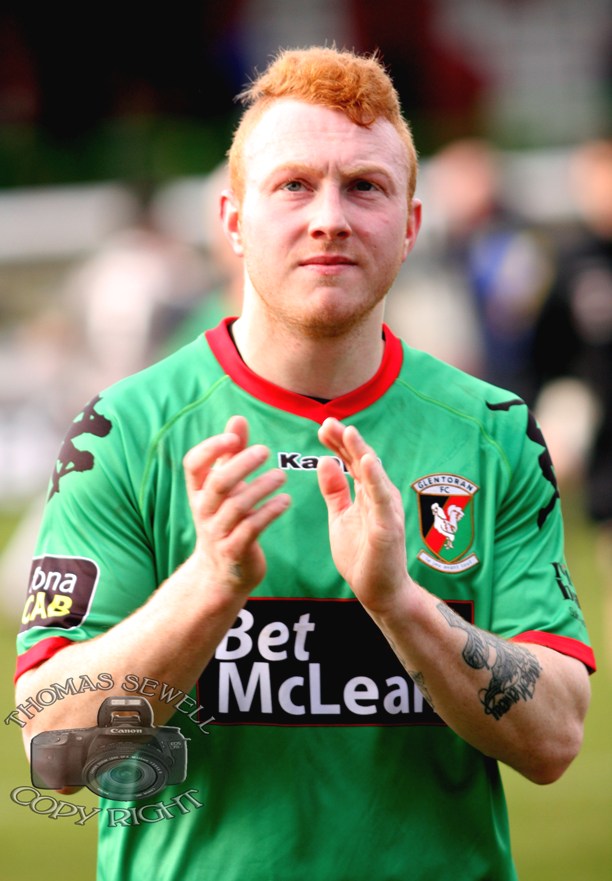 Glentoran didn't offer enough of a threat after that despite Nacho Novo, debutant Curtis Black and Stephen O'Flynn all being introduced from the bench. Paul Smyth had yet another chance forcing Morris into a sharp save on the 71st minute. In truth Linfield controlled the second half though and Glentoran didn't offer a threat. The one opportunity fell to the Glens with ten minutes remaining when a great strike from Jonathan Smith looked certain to find the back of the net but was blocked and the follow up from Chris Lavery was well stopped by Moore in the Linfield goal. Full time, 1-0 to Linfield. 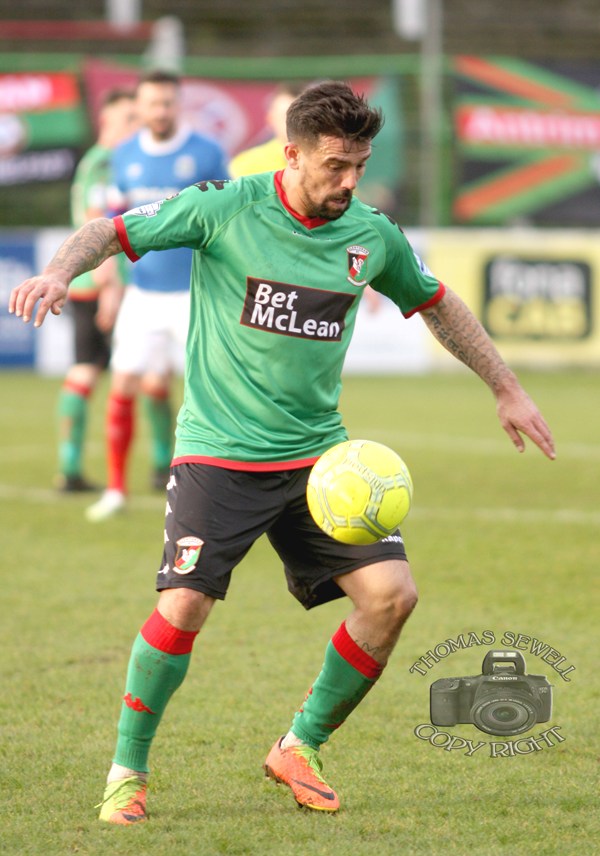