Glentoran fell to their second defeat of the week as Kevin Braniff’s second half goal gave Glenavon the three points.  There were several changes to the Glentoran line up with Calum Birney coming into centre back, winger Chris Lavery starting and long term absentee Kym Nelson returning to the midfield. 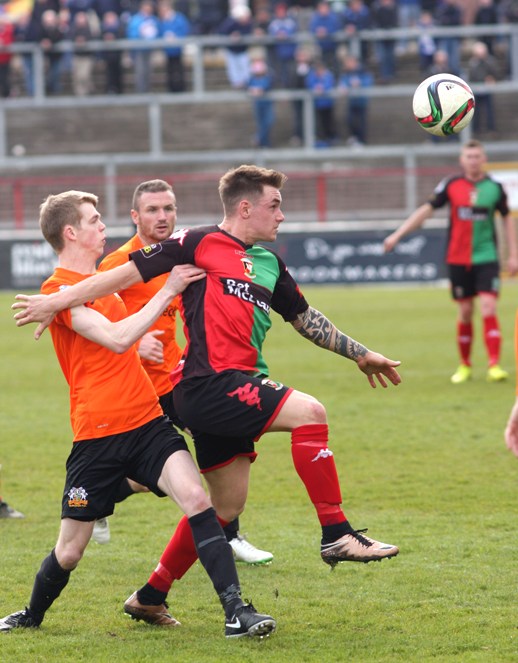 Despite the fact that both teams still had something to play for there was very much an end of season feel to the first half hour with neither side creating much of note, save for a Birney volley after a corner whistling just over the bar and Kevin Braniff shooting wide from a good position after a lay off from Eoin Bradley.  However the visitors should have taken the lead after half an hour as Andy Hall, looking suspiciously offside, broke down the right and tried to find the unmarked Bradley in the six yard box but his poorly executed cross was cleared over his own cross bar by Steven Gordon.  This sparked the visitors into life and a couple of minutes later newly crowned Ulster Young Footballer of the Year Joel Cooper weaved his way into the box and his parting shot brought a great save from Elliott Morris.  Just before the break Braniff sent a twenty yard free kick just over the bar. 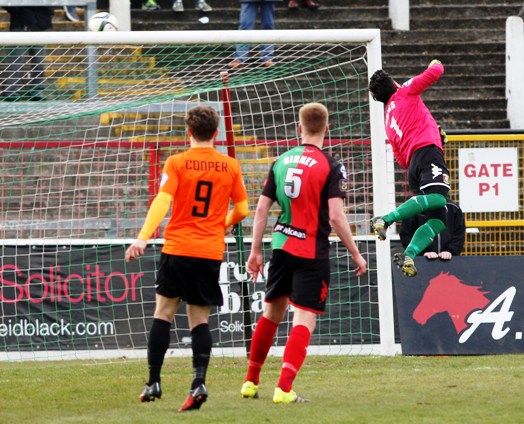 The second half started in livelier fashion than the first with Bradley mis-hitting badly wide with a good chance straight from the kick off and David Scullion heading just wide of the post a minute later after Lavery’s run had caused problems in the visiting defence.  But it was the visitors who created the clearest chance of the game on 54 minutes when Bradley and Hall combined on the right to send in a cross which by-passed Morris and found Braniff unmarked at the far post.  It seemed that he just needed to let the ball hit him to divert it into the net but he somehow contrived to send it over the bar from just a yard or two out. 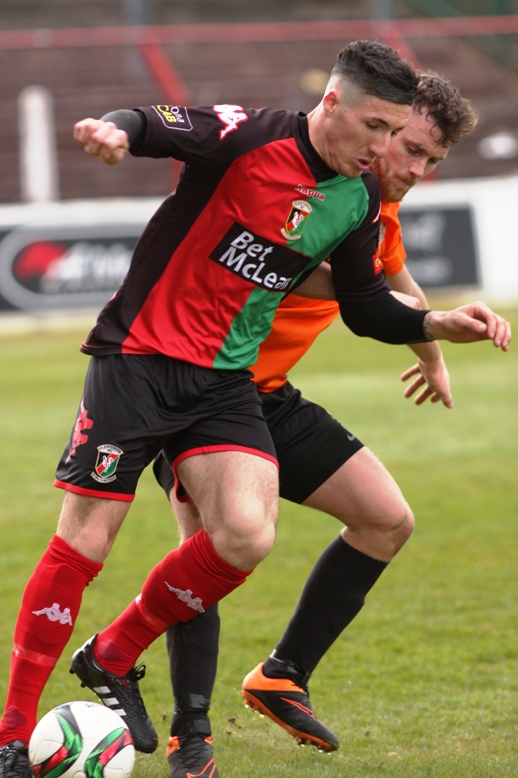 This proved to be a temporary reprieve for the Glens as on 65 minutes Braniff made up for his earlier error.  The Glens defence were caught badly napping as a quick throw in on the left found him in acres of space and he was able to turn and fire past Morris and into the far corner.  The visitors were well in control at this stage and the impressive Cooper was causing all sorts of problems, bringing a good save from Morris just a couple of minutes later.  The Glens ‘keeper was called into action again on 76 minutes, this time spectacularly beating away a Hall effort after he had got the better of Marcus Kane. 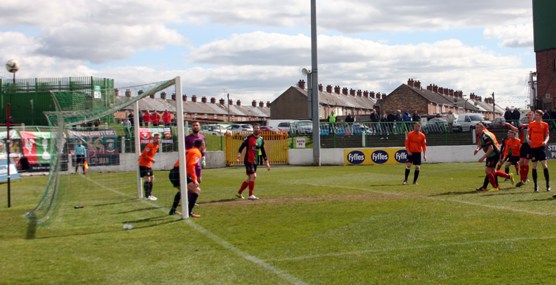 There was little threat from the home side for the rest of the game as they failed to create a chance of note until stoppage time.  Nelson found Curtis Allen in space in the box but his shot over the bar was too little too late and we will now almost certainly finish in sixth place in the Premiership and face an away tie in our Europa League play off against Coleraine. 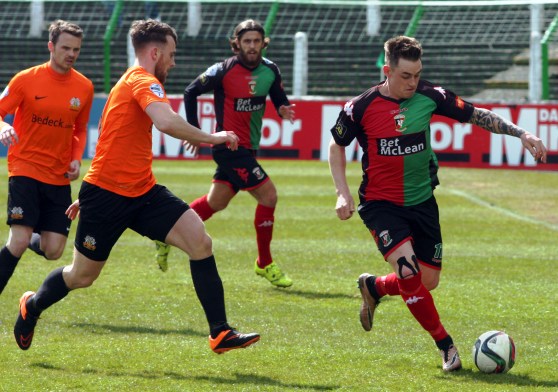