A 90th minute penalty denied Glentoran what would have been a deserved draw against Crusaders at the Oval in today's Danske Bank Premiership fixture. 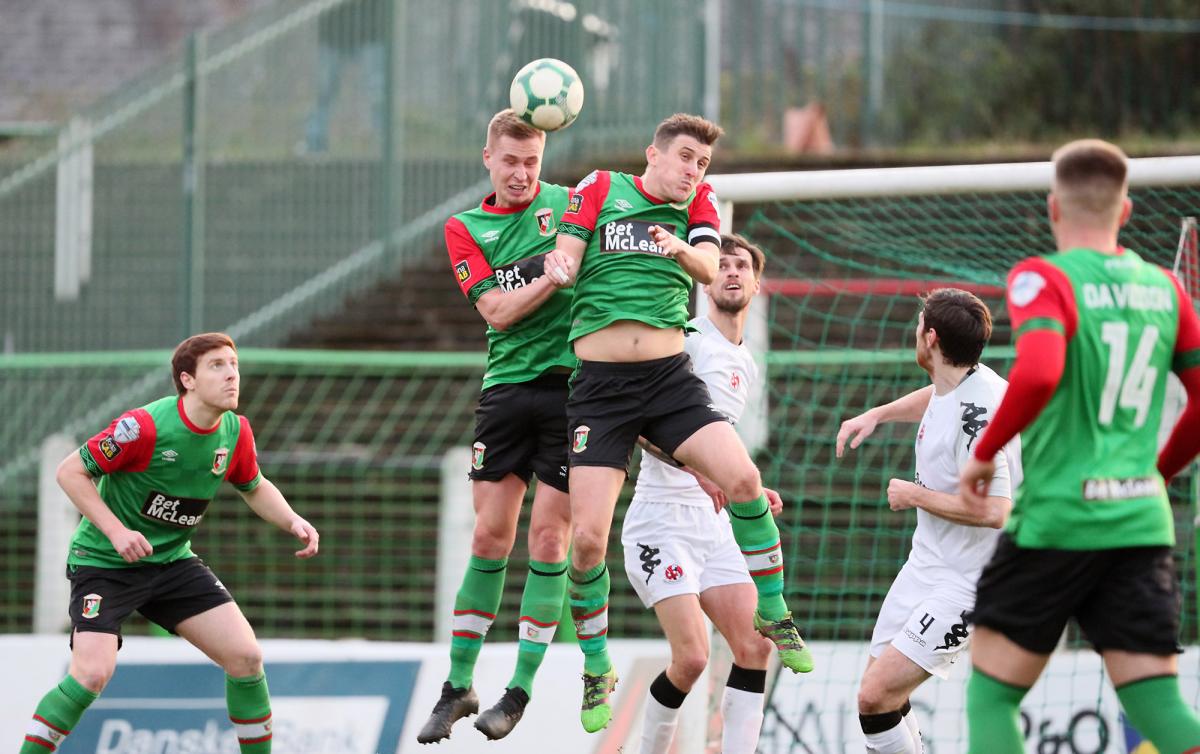 It was a game of few clear cut chances; both teams probably having an eye on next week's Irish Cup encounter. The Glens had an early effort when Willie Garrett's long throw was headed on by Marcus Kane but turned behind for a corner. From the set piece Garrett, making his 100th Glentoran appearance, headed wide of the goal. On 7 minutes Dylan Davidson lost possession and David Cushley stung the palms of Elliott Morris. Cushley went close again on 17 minutes, this time curling a shot just wide of the far post. 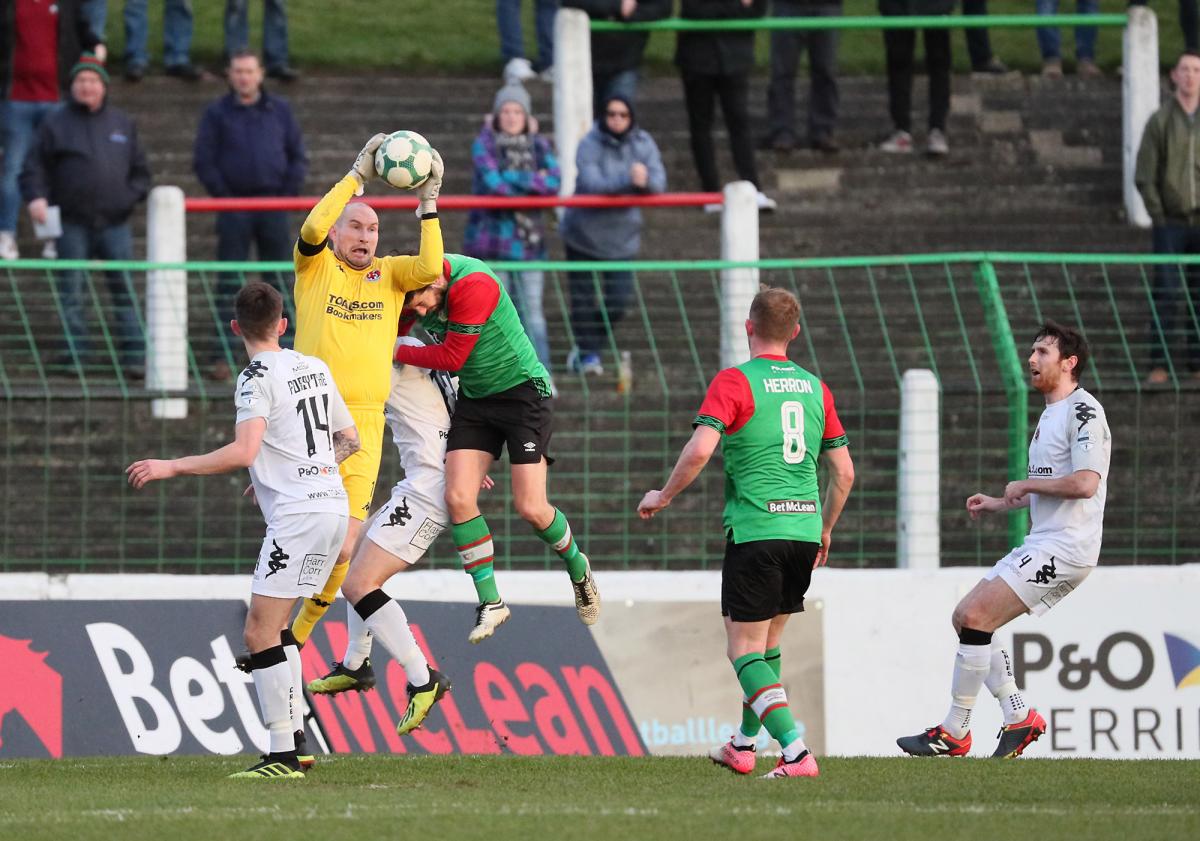 Just before the half hour mark Glentoran almost edged in front when Ross Redman crossed from the left into the penalty area. Allen and Gordon went for the ball but it somehow stayed out. It did break again for Gordon though and he was unlucky to see his overhead kick come back off the post. On 38 minutes a long diagonal ball picked out Allen on the left. He controlled it well and his cross found the inrushing Gordon but his header flashed wide. as in the match between the two sides earlier in the month, there was a flash point in front of the dugouts just before the break. Gordon seemed to be fouled several times before his challenge on a Crusaders player resulting in referee Marshall awarding the visitors a free kick. BJ Burns then shoved Gordon to the ground. It was similar, if not identical, to John McGuigan's push in the earlier game which saw him dismissed with a straight red card. Marshall opted for yellows for both players. 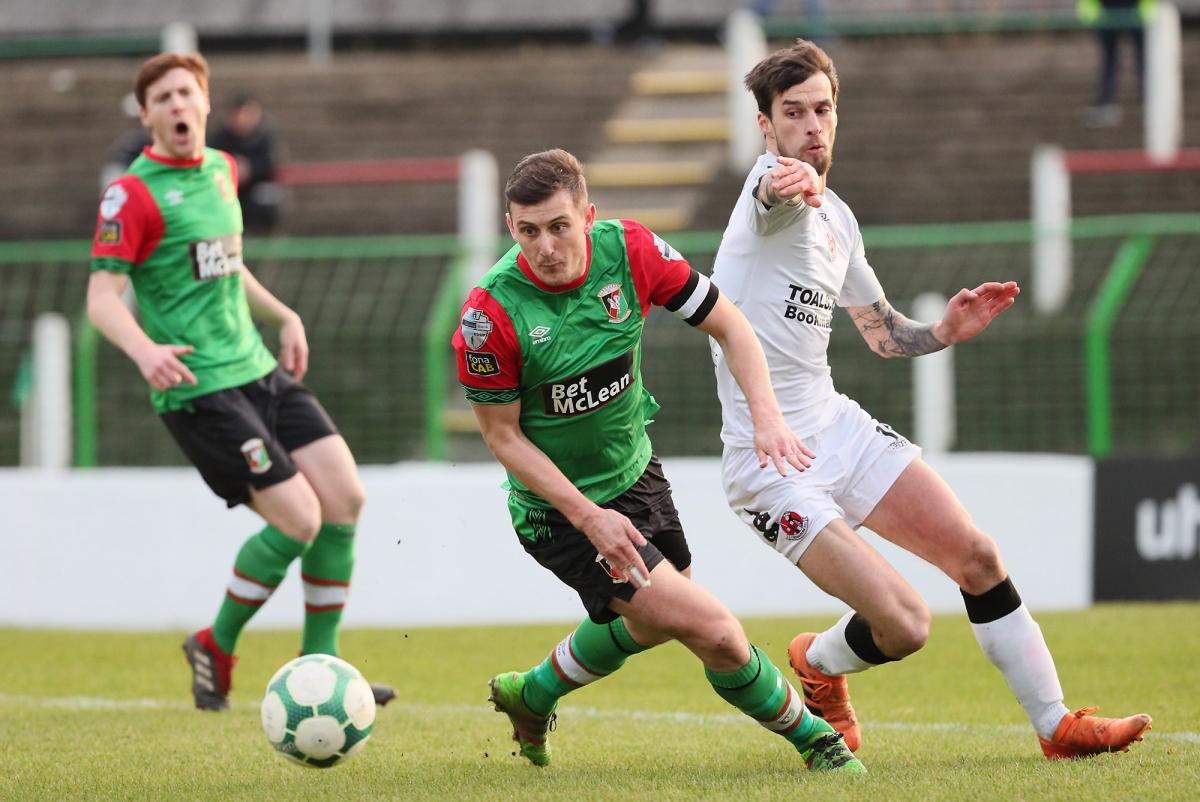 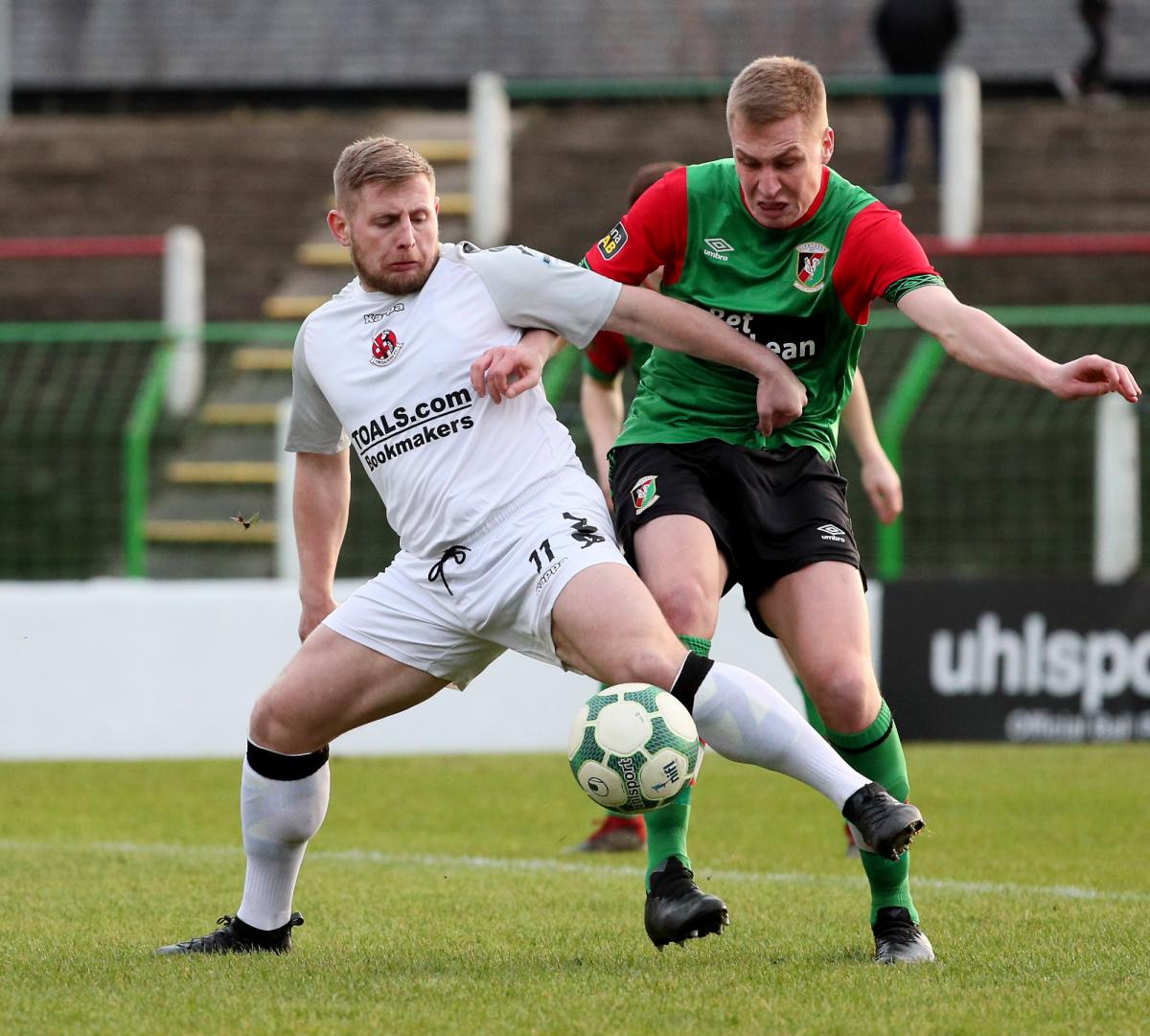 48 minutes and Calum Birney squandered a great chance to put the Glens in front when he met Kane's cross from the left. The big centre back just couldn't make a clean connection and the ball went wide. Just before the hour mark Crusaders were awarded a rather soft free kick 25 yards from goal. Cushley stepped up but put his effort onto the grass bank at the Sydenham End. Into the last 10 minutes and a Glentoran break saw Steven Gordon send Curtis Allen away down the right. Gordon steamed into the area looking for a return pass but Allen, having side-stepped the defender tried to find the top corner himself only to see his curling effort go wide. 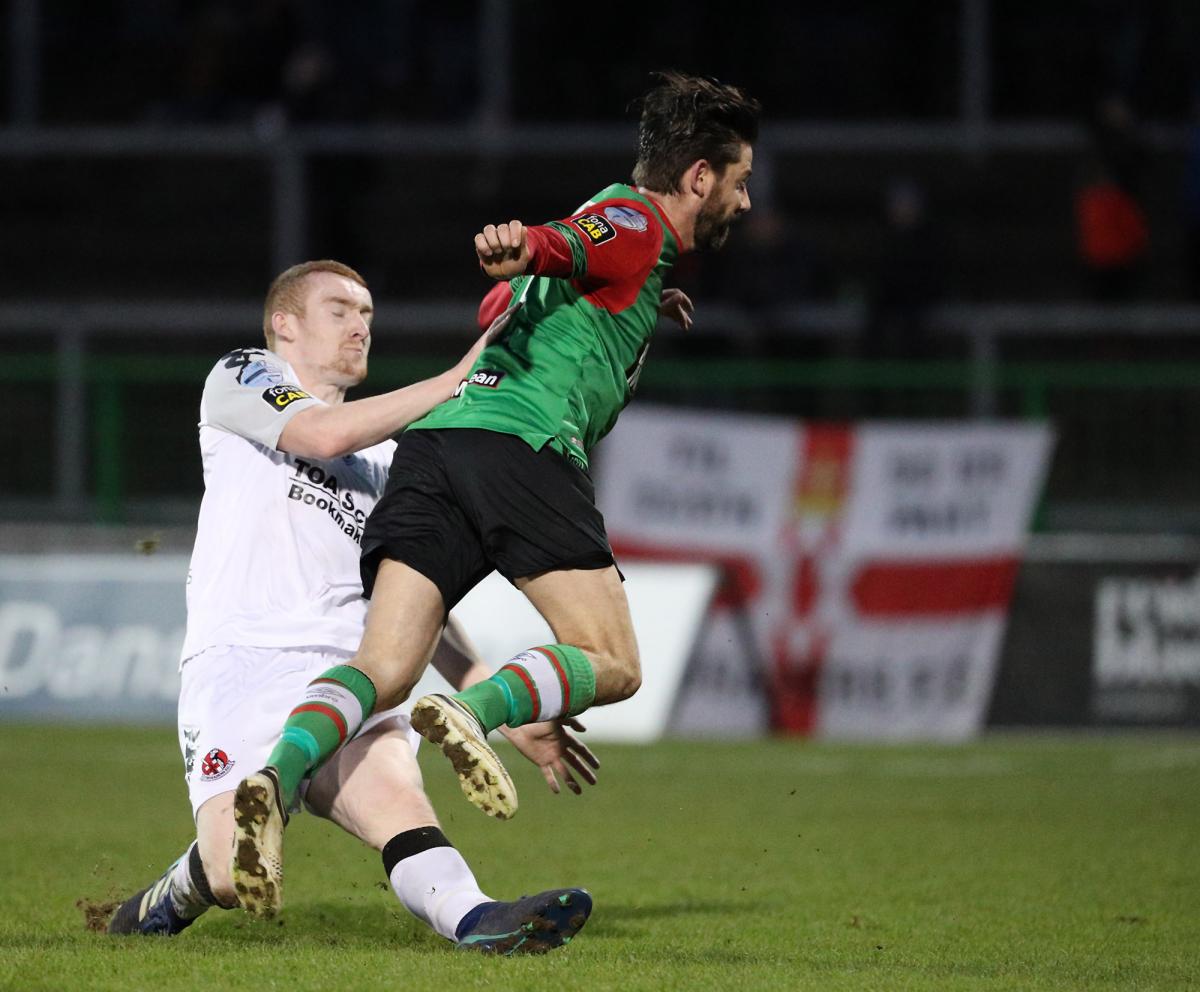 In the final minute of the game Redman and substitute Owens tangled in the area. Marshall awarded a penalty and Cushley beat Morris from the spot. In stoppage time Marcus Kane was dismissed for a foul near the corner flag; the linesman initially seeming to flag for a throw in! 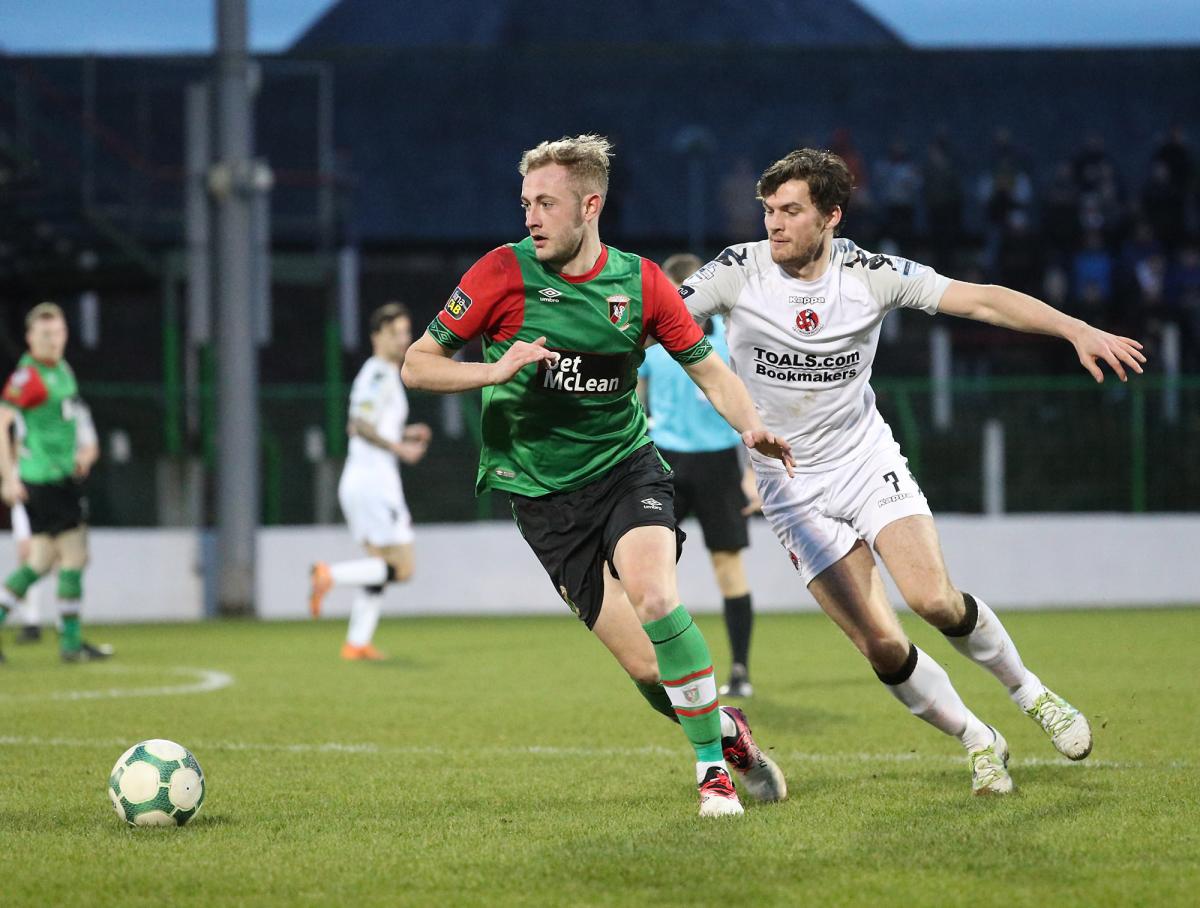 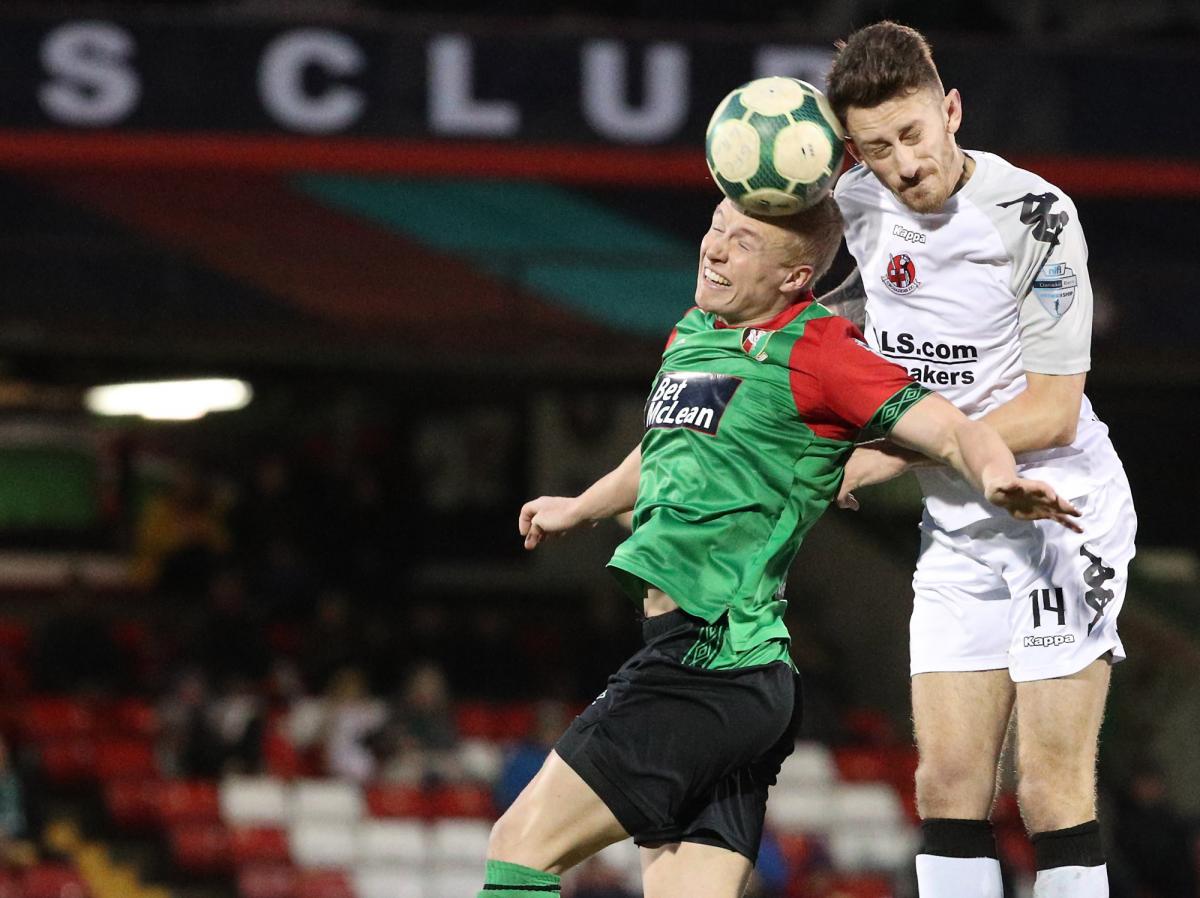