Glentoran and Portadown played out an uninspiring stalemate at a cold, windswept Oval this afternoon. Glentoran started the day on their best run of the season, unbeaten in four and, as a result, Gary Haveron named the same 11 that were victorious at Carrick last Saturday. Portadown on the other hand came into the game after another tumultuous week. They beat Ards last Saturday to return to zero points for the season, wiping out their twelve point penalty, but immediately lost those three points as it emerged that Robert Garrett played and scored in the game whilst he should have been suspended. 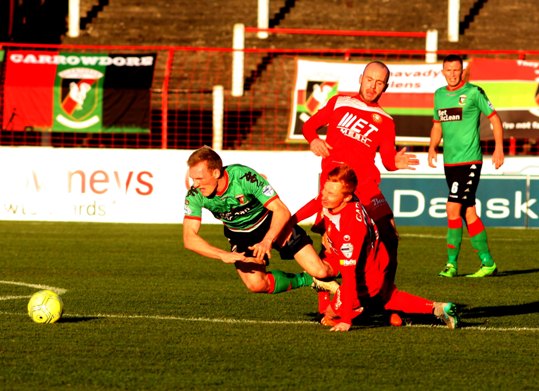 Glentoran almost took the lead in the second minute, Calum Birney’s long cross from the right was met with a cushioned volley from Curtis Allen which edged just wide of Chris McGaughey’s far post. As it turned out, this was the closest either side would come during a game devoid of any real quality in the final third. As the game settled down both teams exchanged half chances, former Ards man Brendan Shannon fired a free kick well over and Chris Lavery was unable to reach another good cross from Birney. Glentoran then had a series of three penalty shouts in quick succession, all denied by referee Evan Boyce. Firstly Gordon looked to go down to easily as he surged into the box and a minute later the same man appeared to be pulled down by Ken Oman as he tried to turn following a great pass from Ross Redman. The third in the series of appeals was maybe the most convincing, former Glentoran midfield Niall Henderson looked like he moved his left arm into the path of an under-hit Lavery cross but referee Boyce was clearly not convinced and waved away the protests. 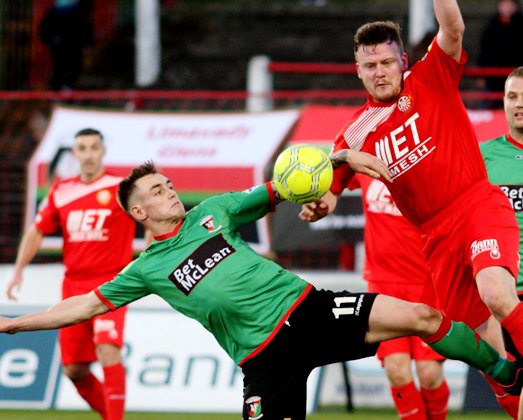 Portadown almost hit the front after twenty minutes through their old boy Ross Redman.  A harmless looking cross was sliced by the Glens left back as he tried to clear and everyone wearing green was relieved as it narrowly trickled past the post with Morris beaten. Brendan Shannon and Ciaran Caldwell both exchanged deflected shots as the half drew to a close and Jay Magee had to be alert to deny a turning Steven Hughes following neat build up play from Parker and Garrett. 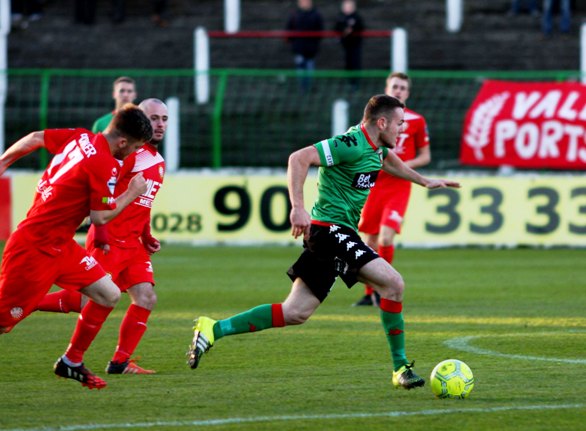 The second half started scrappily with two early bookings. Matthew Parker booked for late foul on Birney and Stevie Gordon for a heavy challenge on Garrett. The ex-Linfield man then almost provided the breakthrough as he skipped by a number of challenges before waywardly firing over. The next ten minutes seemed to centre around Ciaran Caldwell, firstly Glens captain Harmon picked him out after a surging run and cross but Caldwell volleyed a difficult chance over the crossbar. Two minutes later Caldwell chested a long ball into the path of Chris Lavery, he jinked through two tackles before unleashing a left foot drive which also went narrowly over. Caldwell then fired over twice from long range as it began to feel like it was not to be Glentoran's day. This feeling was compounded on the hour mark. Eric Foley picked out Curtis Allen with a curling free kick, Allen's diving header left McGaughey beaten but as the new fluorescent yellow winter football hit the net, the Glentoran celebrations were halted by the offside flag. 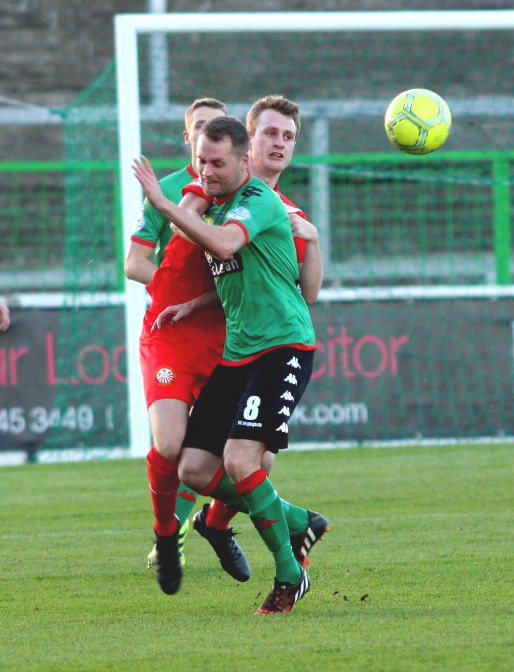 From then on the game somewhat petered out, Aaron Harmon caused problems with some good deliveries from the right but in the end the Glens couldn't find the quality needed to unlock the visitors' defence. The introduction of Smith and Novo was the last attempt from Gary Haveron to find a winner but neither could provide the spark required. Concerningly Novo lasted only four minutes as he limped off with what looked to be a recurrence of his hamstring problem. Portadown nearly stole the three points right at the end as substitute Sean Mackle got on the end of a cross from Garrett but his shot was tame and easily saved. Full time Glentoran 0-0 Portadown. An uneventful game but a fifth unbeaten for the Glens who will look to bounce back to winning ways next Saturday when Coleraine visit the Oval. 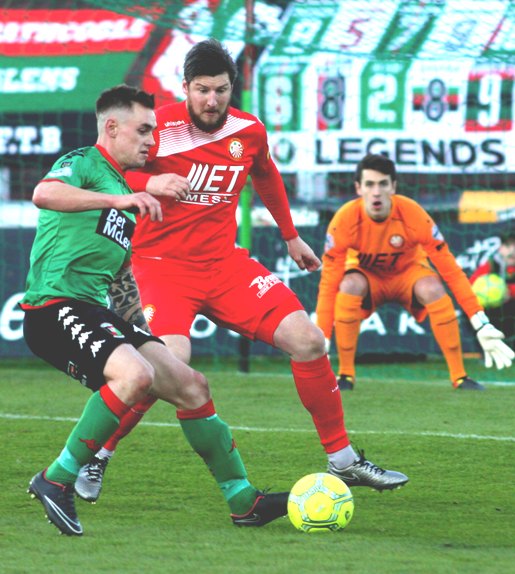 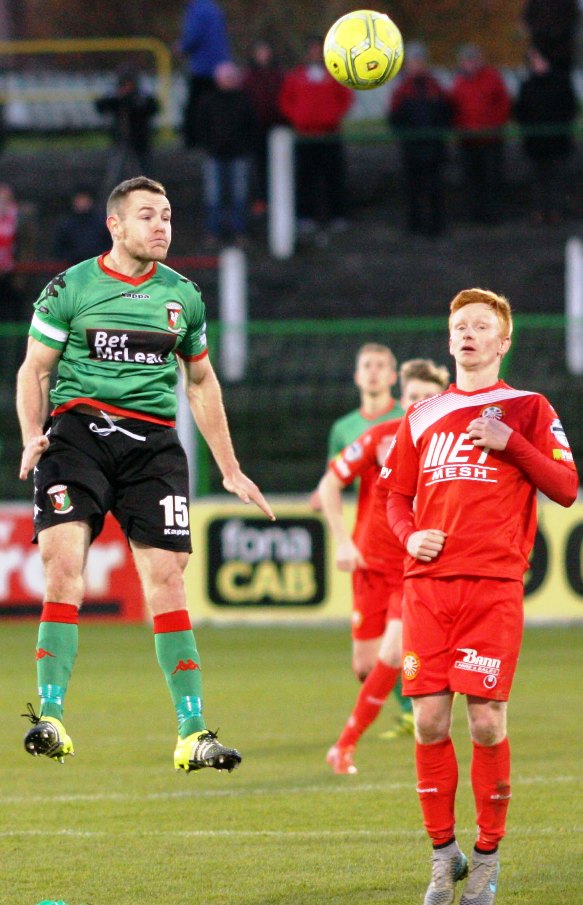