A superb defensive performance from ten man Glentoran in the end came to nothing as Belfast rivals Linfield won through to the next round of the League Cup on penalties after a goalless 120 minutes.

Both teams had chances early on; Linfield defender Kyle McVey should have done better with a close range header after Billy Joe Burns had headed a corner back across the six yard box and a minute later Richard Clarke’s fierce drive was superbly turned away by Linfield ‘keeper Jonathan Tuffey.  From the resulting corner Tuffey was again at full stretch as he kept out Jimmy Callacher’s header and the ball was cleared for a throw in from which Calum Birney headed just wide.  There was something of a lull in proceedings for the rest of the half with the visitors enjoying more of the possession but rarely threatening Elliott Morris’s goal.  Indeed it wasn’t until four minutes from the break that either ‘keeper was forced into serious action with Richard Clarke’s deep cross almost deceiving Tuffey who managed to back pedal and tip the ball over the bar. 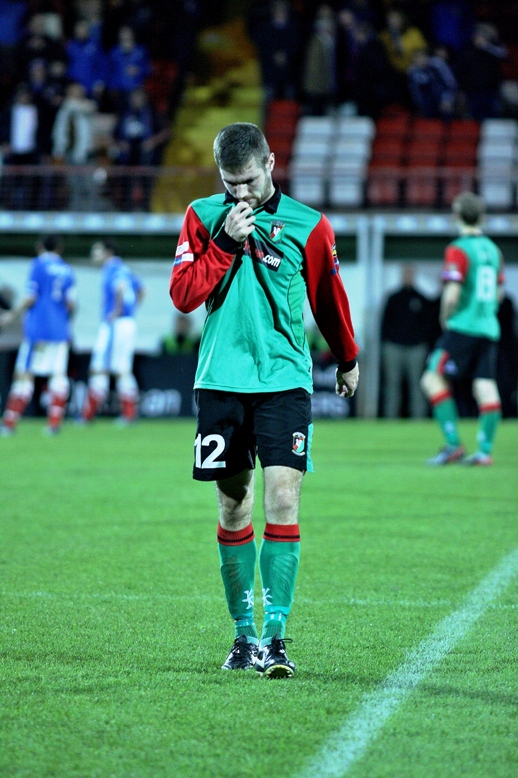 The whole complexion of the game changed twelve minutes after half time.  Referee Raymond Hetherington had halted play to show a yellow card to Elliott Morris for time wasting at a goal kick when a melee involving the majority of the players on the pitch broke out in front of the dug outs.  After calm had been restored the man in charge issued yellow cards to Mark Clarke and Linfield captain Michael Gault, but , having already been booked seven minutes earlier, Clarke was sent to the dressing room.

Manager Eddie Patterson was therefore forced to shore things up at the back, bringing Jonathan Addis, who had been playing as a lone striker, back into defence and throwing on David Scullion to plough the lone furrow up front.  The tactic almost worked as, while Linfield inevitably enjoyed the bulk of the possession, the defence stood firm leaving Elliott Morris with little to trouble him, save a few effective punches clear.  Indeed it was the Glens who created perhaps the best chance of the game on 77 minutes.  A long throw from Addis was flicked on to Scullion in the Linfield box and his shot on the turn looked to be heading for the bottom corner until it nicked off a defender and went wide.  The Glens’ bad luck continued as substitute Scullion himself had to be replaced by Jordan Hughes on 84 minutes after limping off with an injury.  With a minute left on the clock Linfield had a chance to win the tie in normal time when substitute Aaron Burns found space in the box but side footed tamely wide. 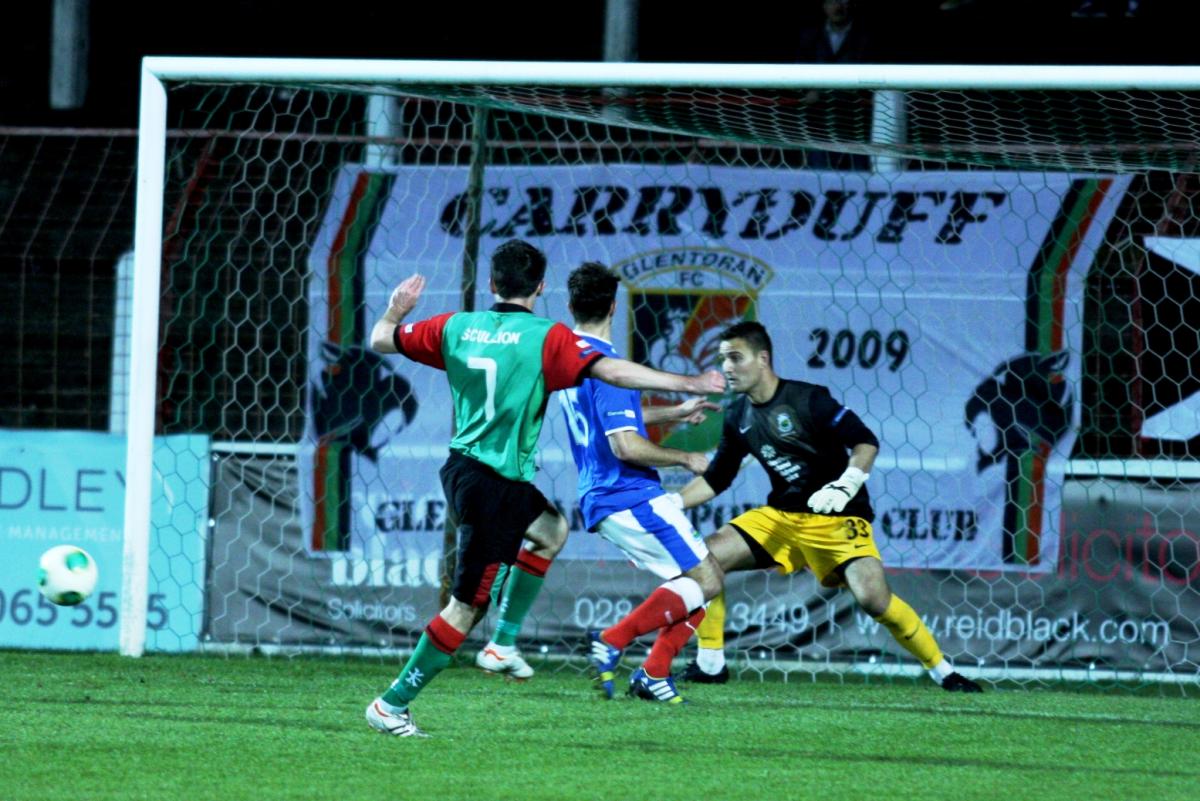 Extra time followed much the same pattern as the second half with Linfield’s possession coming to nothing and only a Brian McCaul corner which was just scrambled clear in the 100th minute caused any sort of panic.  In the second period Andy Waterworth and Aaron Burns both had headers off target for Linfield but once again it was the Glens that came closest to scoring when Sean Ward’s attempted clearance cannoned off Marcus Kane leaving Tuffey wrong footed, but the ball drifted agonisingly wide of the post.  With a minute left of extra time the Glens’ defensive display was epitomised when McCaul looked to have a perfect chance to drive the ball home from 16 yards but he was denied by a brilliant last ditch block from Jason Hill. 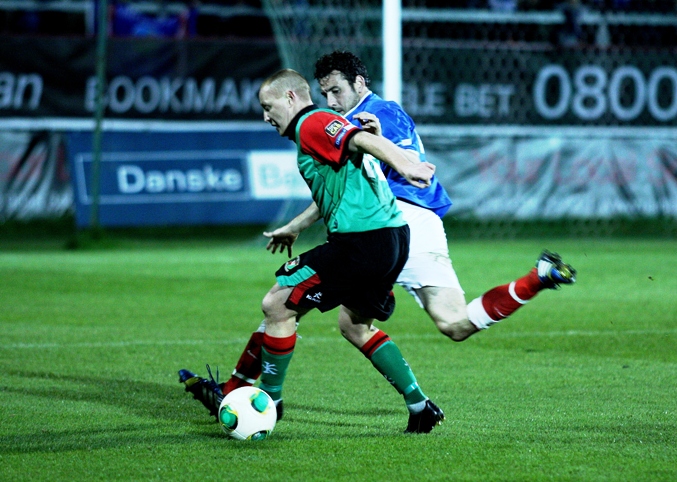 So with neither team able to find the net after two hours play the game was to be decided by a penalty shoot out.  Proceedings got off to the perfect start for the Glens with Andy Waterworth striking the post with the first kick and Jimmy Callacher thumping the ball home to give the Glens an early lead.  Jonathan Addis was also successful for the Glens with a very cool finish but substitutes John McGuigan and Jordan Hughes both fired their kicks over the bar leaving Michael Gault to drive Linfield’s fifth kick into the roof of the net and send his team through to the quarter finals.