The two Co Antrim Shield finalists played out a scoreless draw at the Oval this evening. 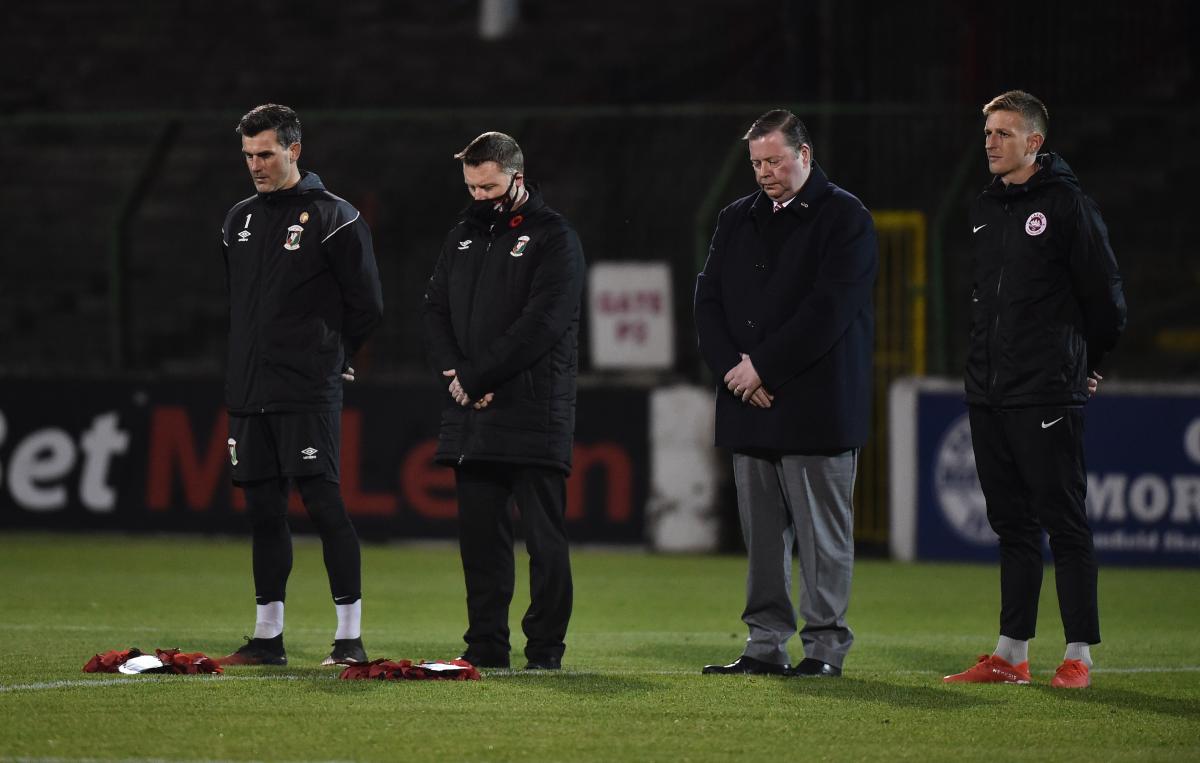 Prior to kick-off the Chairmen of both clubs, Stephen Henderson & Gareth Clements, along with Elliott Morris and Jeff Hughes laid poppy wreaths in the centre circle as both clubs remembered those who made the ultimate sacrifice during times of conflict.

When the game got underway it was the visitors who had the best of the early possession. A free kick from Matrin Donnelly needed tipped over the cross bar by Glentoran's keeper, Dayle Coleing. Donnelly had another chance just before the quarter hour mark when a cross from the left found him unmarked in the area. This time however, the Larne number 11 fired well off target. 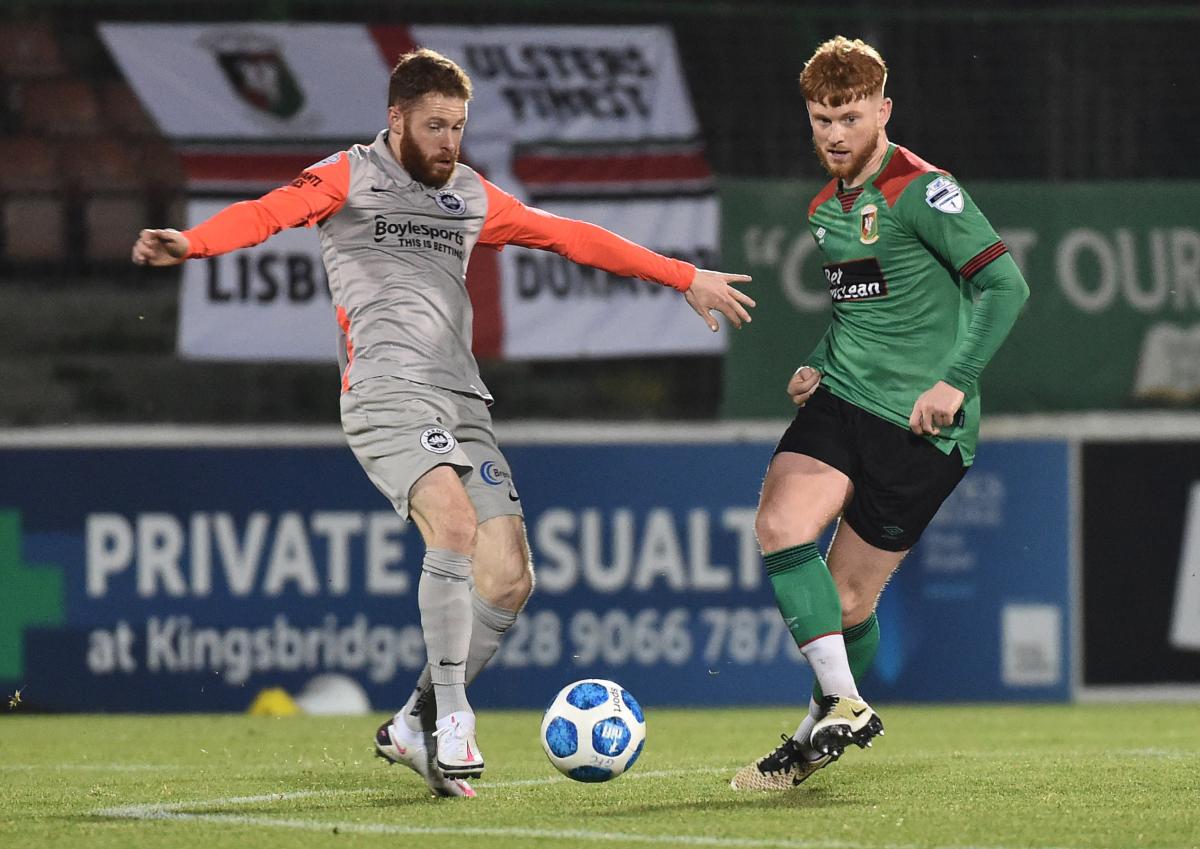 Then on 28 minutes veteran defender Albert Watson got to the ball just ahead of Robbie McDaid to turn Jamie McDonagh's excellent cross behind for a corner. From the resulting set piece the ball eventually broke to Jay Donnelly but his strike didn't trouble Conor Devlin. Mark Randall then tried his luck but his 20 yard effort flew over the bar. The best chance of the game came on 33 minutes. Jamie McDonagh did well to block a Larne free kick and the ball went forward with Robbie McDaid racing towards goal. McDaid lost control and the chance seemed to have gone but Devlin's attempted clearance came back of McDaid and went narrowly wide of the post. The final chance of the half came when a free kick from Dale Gorman dropped into the danger zone. McDaid and Devlin both went for the ball; the keeper's deflection taking it away from goal. 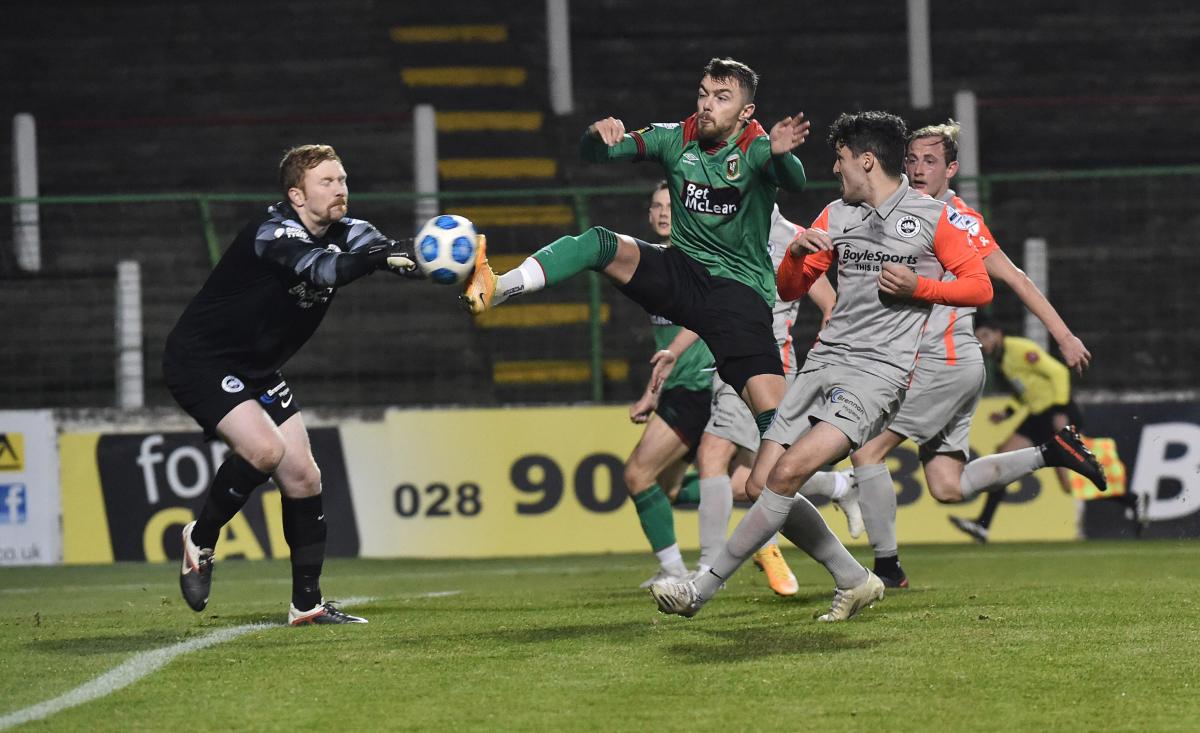 As in the first perion, Larne started the second brightly and went close with efforts from both Fuad Sule and Mark Randall, the latter bringing a decent save out of ColeingJust before the hour mark the big Gibraltar international was forced into another save, this time turning Martin Donnelly's shot round the post. Joe Crowe then shot from distance towards the Sydenham End goal but Devlin saved it comfortably. On 76 minutes Larne had a claim for a penalty waved away by referee Ian McNabb, the official determining that the player had gone down too easily, something that he had been on top of throughout the game - both side being guilty. 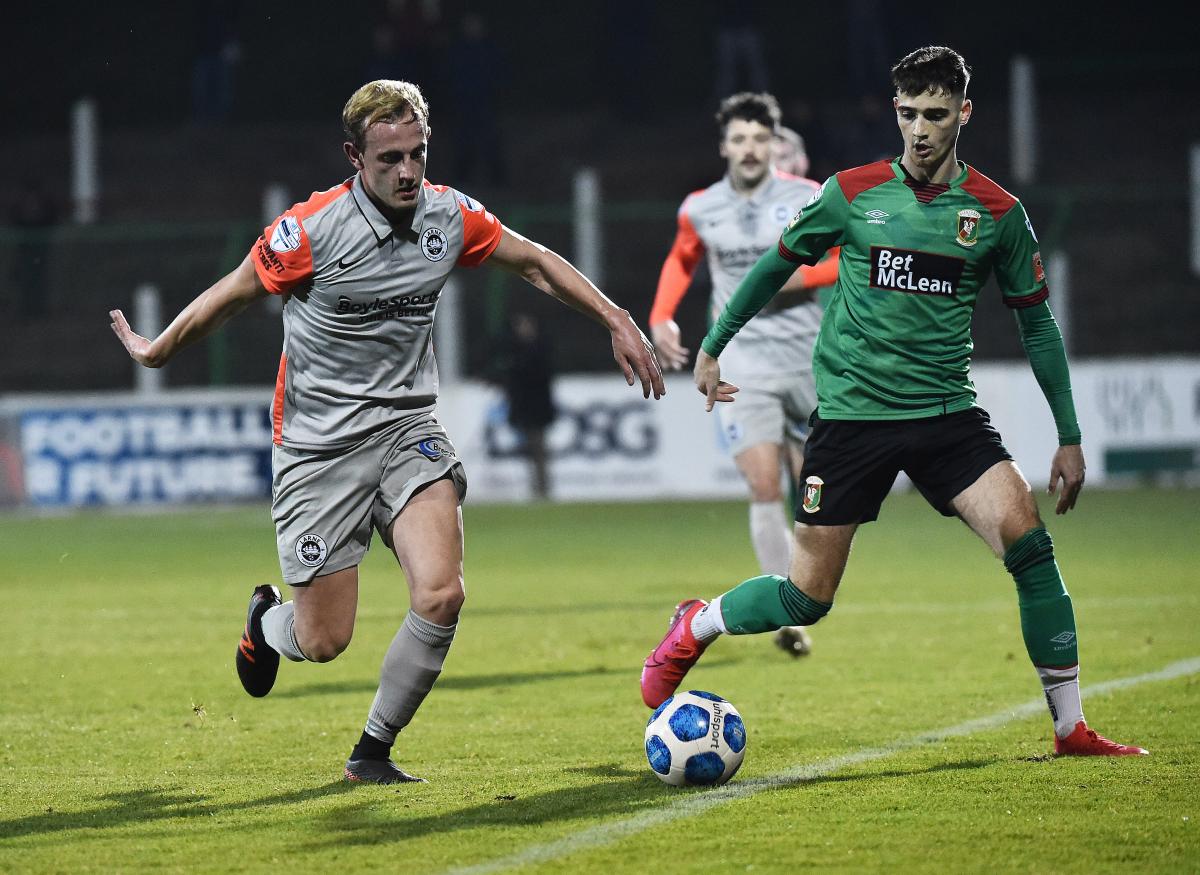 With 10 minutes remaining a long ball out of defence by Joe Crowe almost set up Ruaidhri Donnelly. The Glentoran substitute tried to chase the ball down but Devlin got there just ahead of him. Luke McCullough headed over from a Jamie McDonagh set piece and then in injury time there was one final chance for Gael Bigirimana but his shot from a tight angle was well held by Devlin. 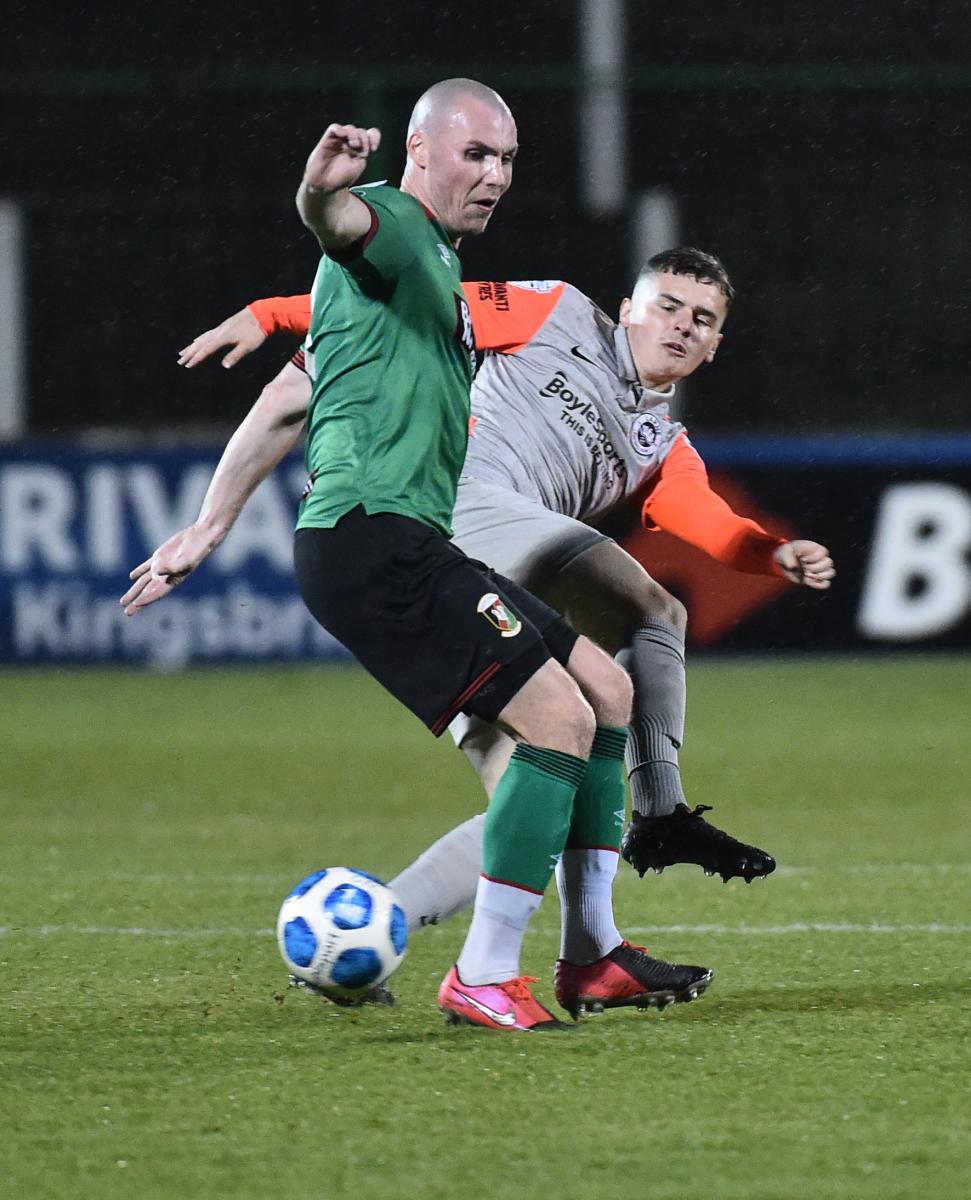 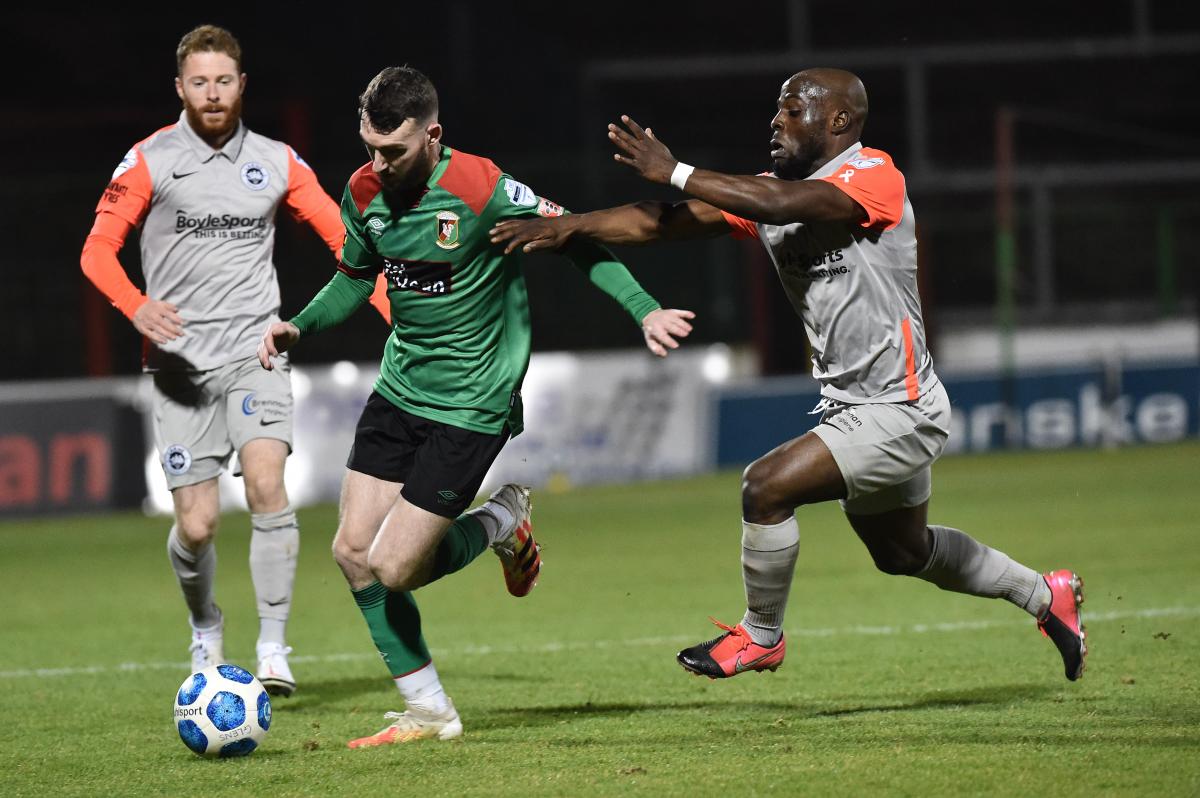 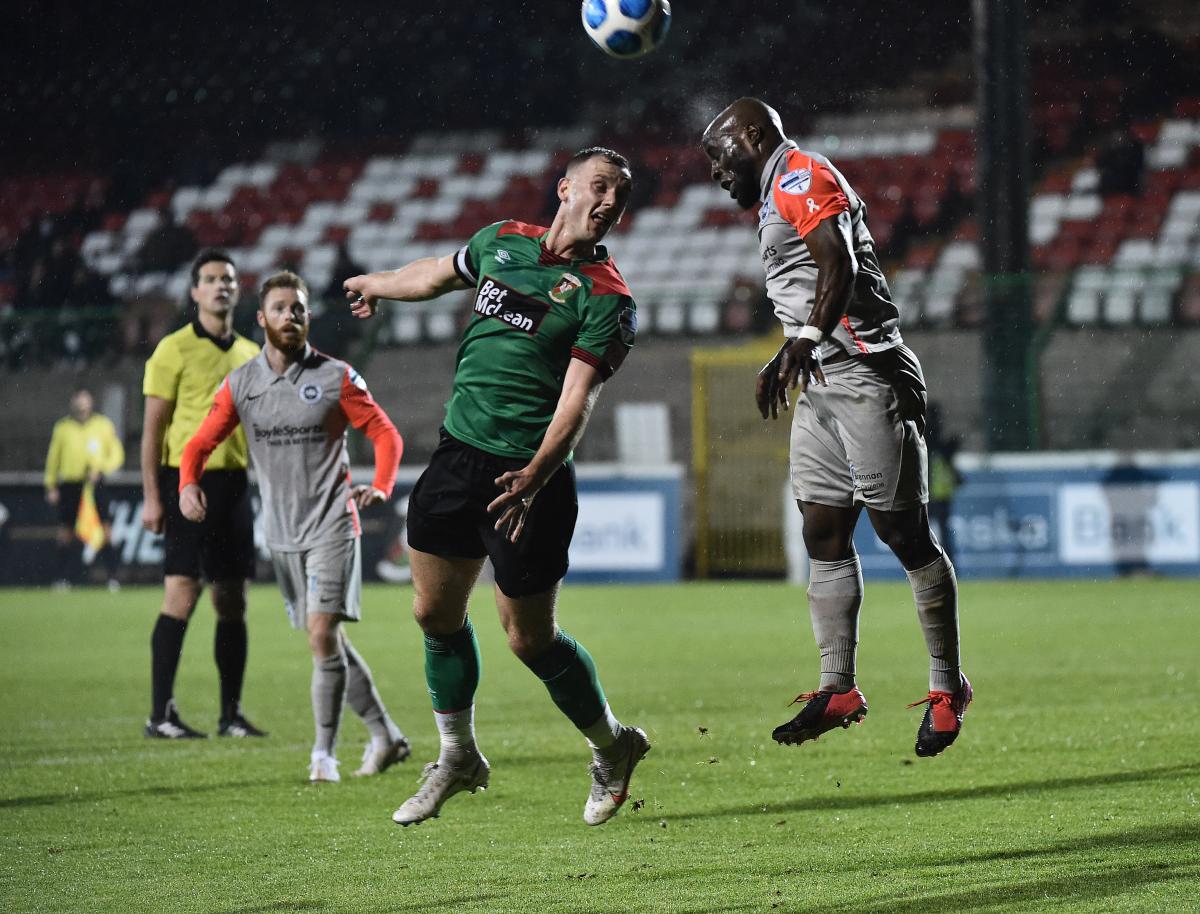