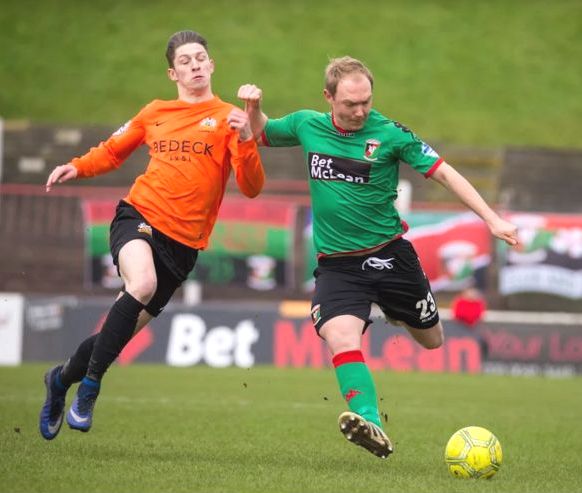 Glentoran and Glenavon played out a 0-0 draw on a bitterly cold afternoon at The Oval today. It was a game which both teams had chances to win but they failed to take them and neither manager is likely to be particularly happy with a point. Gary Haveron made four changes from the side which lost at home to Ballinamallard a fortnight ago as Birney, Harmon, O’Flynn and Caldwell were replaced by Ferrin, McAlorum, Smith and Gordon. 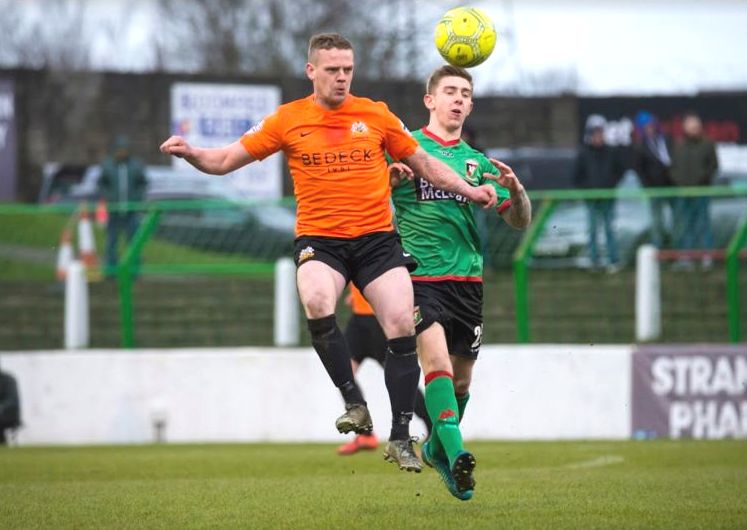 Glentoran kicked off in the cold, blustery conditions looking to win at home for the first time in six games but almost got off to the worst possible start as the visitors struck the crossbar inside the opening three minutes. Good work from Brazilian winger Renato de Vecchi and James Gray set Greg Moorhouse in on goal but the Striker’s rising drive cannoned off the underside of the crossbar and Renato was unable to head in the rebound with Ferrin and Redman challenging. After that early excitement the game slowed down with both sides clearly struggling in the difficult conditions. 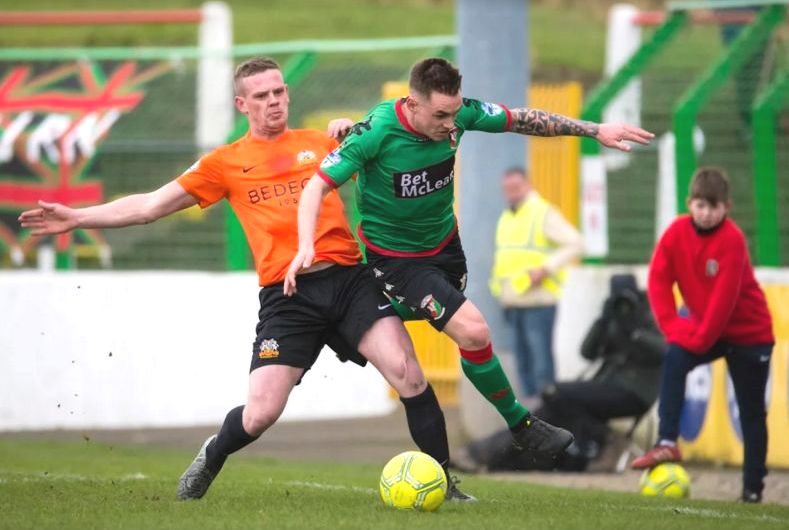 Glentoran threatened for the first time twenty minutes into the game as Chris Lavery beat Aaron Canning down the wing and cut dangerously into the box but his finish lacked composure and didn’t trouble Jonny Tuffey.  The sides then exchanged half chances with the impressive Mark Sykes blazing over after a neat one two with Renato. Curtis Allen almost sparked the game into life on the half hour with a deft flicked header from a Lavery corner but it struck the far post. Minutes later he climbed above Elebert to head on goal and Tuffey saved well. Glenavon had one more chance to take the lead a minute before the interval but in a penalty box scramble James Gray missed his kick and Singleton lashed the loose ball wide. Half Time Glentoran 0-0 Glenavon. 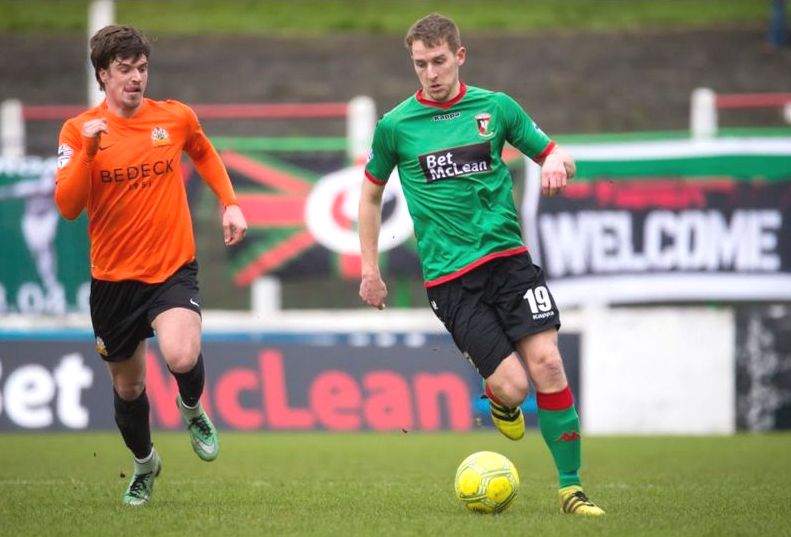 The second have started much like the first with Renato looking lively, he had a shot blocked by Magee and then fired another over the crossbar. Mark Sykes then had a free kick saved as Glentoran struggled to create anything of note. Chris Lavery will be disappointed that he couldn’t find the killer ball on 65 minutes as he played behind a well placed Curtis Allen, Glentoran’s leading scorer could therefore only muster a weak shot which was well saved. 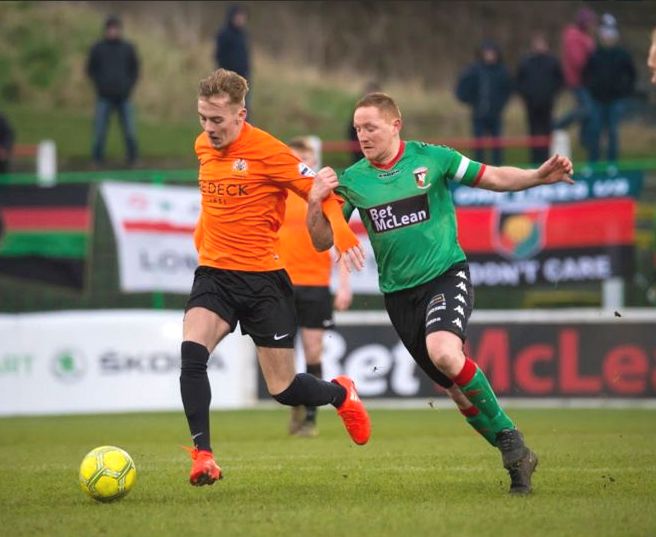 Soon after Marcus Kane attempted to add to his list of spectacular goals with a scissor volley at a corner but he couldn’t get enough power in his attempt and Tuffey wasn’t tested.  As the half wore on Glenavon showed their impressive depth by bringing Joel Cooper, Guy Bates and Ciaran Martyn off the bench but none of them could find the winner, Bates and Allen both exchanged 20 yard curling efforts with 15 minutes remaining but neither hit the target. Then with 10 minutes to go the best chance of the game fell to Ciaran Martyn, Rhys Marshall had far too much time and space to cross, he found Martyn who rose and powered a header on goal but was superbly denied by Elliot Morris. 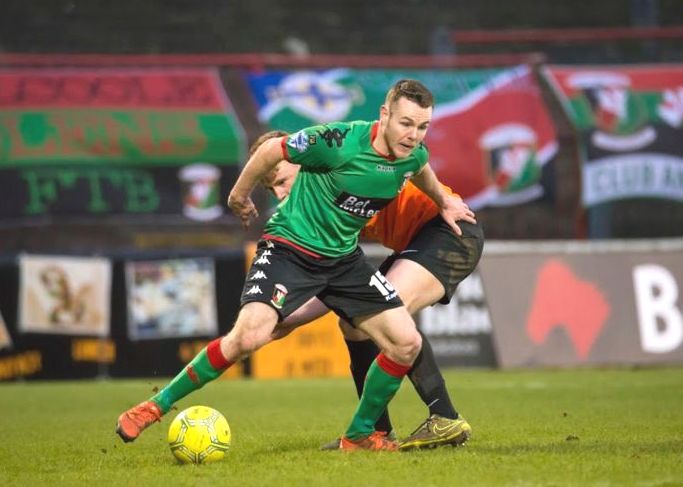 Just as it appeared the game was petering out we had a late flurry of chances, Harmon dragged a shot tamely wide after a good hooked cross by Allen and Steven Gordon wasted a great chance as Tuffey denied him one on one. The Lurgan blues had their late chances too, Sykes going closest as he hit the woodwork with a quick freekick that caught Glentoran sleeping. A draw probably the fair outcome but both sides will be disappointed not to have won. Glentoran are rapidly running out of time to challenge Glenavon for a top six place and after a missed opportunity today Friday’s trip to Solitude provides another stern test. 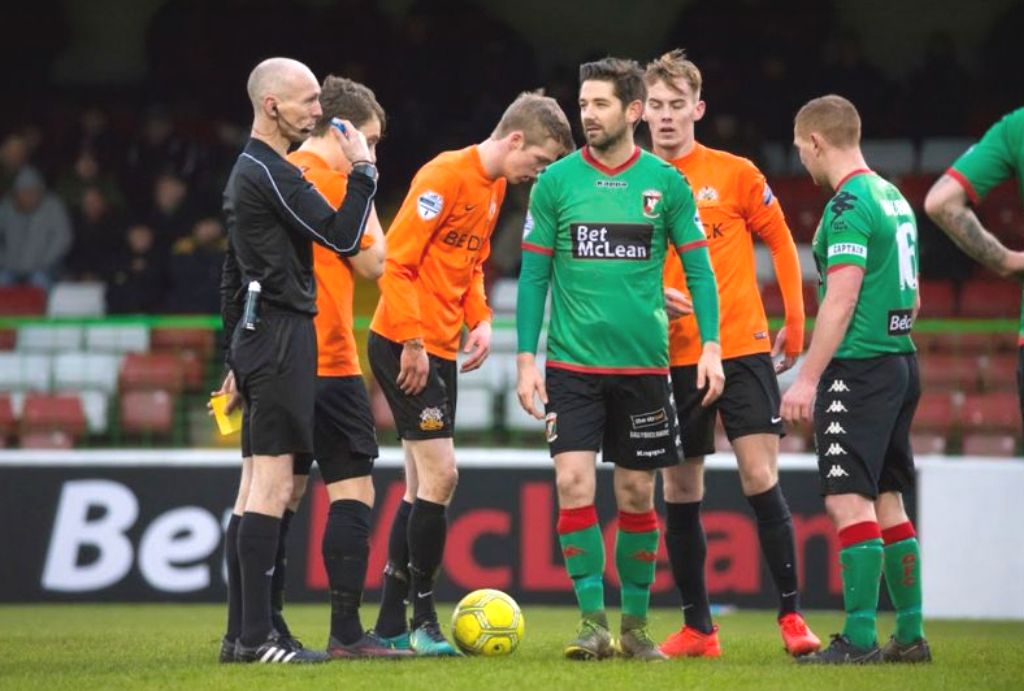