Glentoran went down 2-1 to Linfield at the Oval this afternoon. The better side in the first half, Glentoran failed to take their chances and two goals for the Blues in the first ten minutes of the second proved decisive. 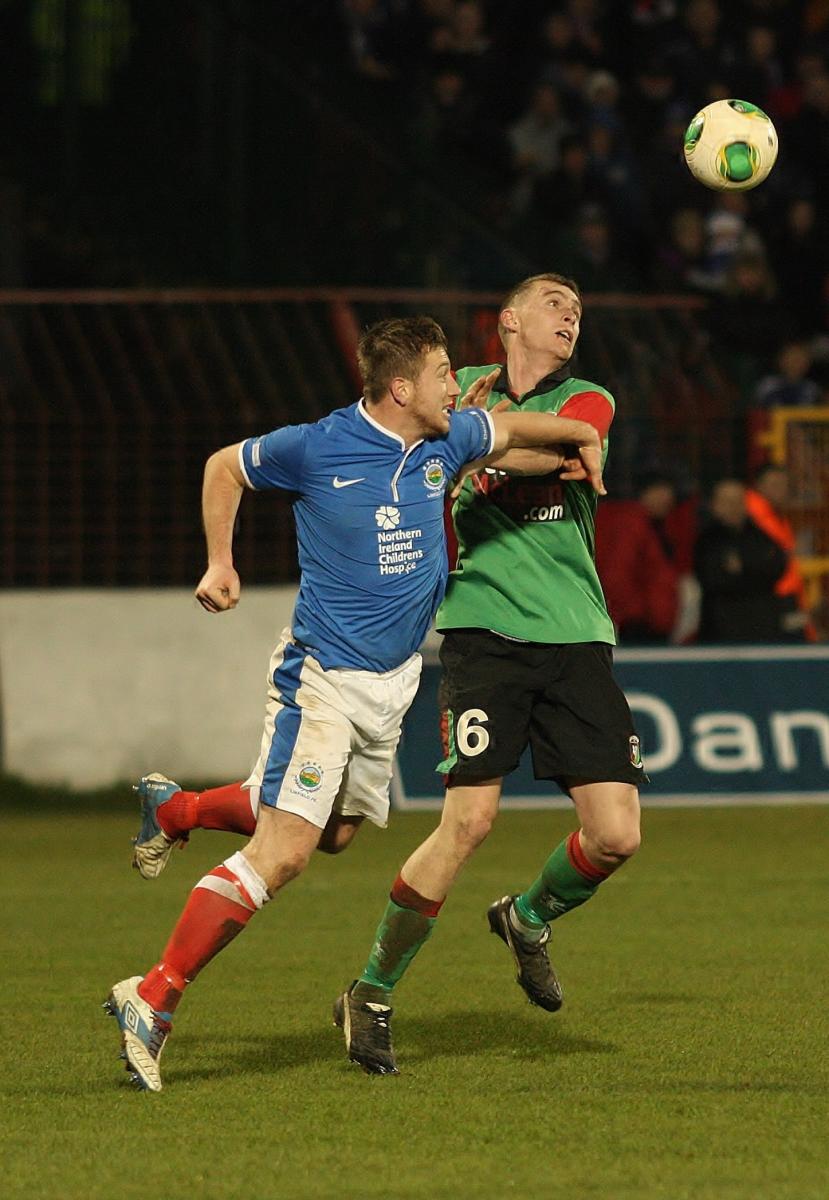 It took 10 minutes for this game, played at a sunny Oval in front of a crowd of 6000, to come to life. Jamie Mulgrew fired just over from 25 yards and within a minute, Aaron boyd went close at the other end; his 20 yard effort going just wide. Boyd set up Mark Miskimmin on 12 minutes but his shot was blocked by Ward and spun away for a corner. Jordan Stewart's inswinging corner almost caught out Tuffey, hitting the crossbar before going out of play. Just after the quarter hour mark a quick free kick from the visitors set up a chance for Mulgrew but Elliott Morris saved easily. Glentoran almost went in front shortly afterwards when a long range, swerving effort from Marcus Kane, was tipped over the bar by Tuffey. Miskimmin then went in on goal but with defenders backing off, he shot wide. On 25 minutes a long throw-in from the excellent Johnny Addis, was cleared out of the Linfield penalty area. It fell to Stephen McAlorum but his dipping effort was just too high. Morris kept out efforts from Waterworth and BJ Burns whilst Boyd went close at the other end for the Glens. 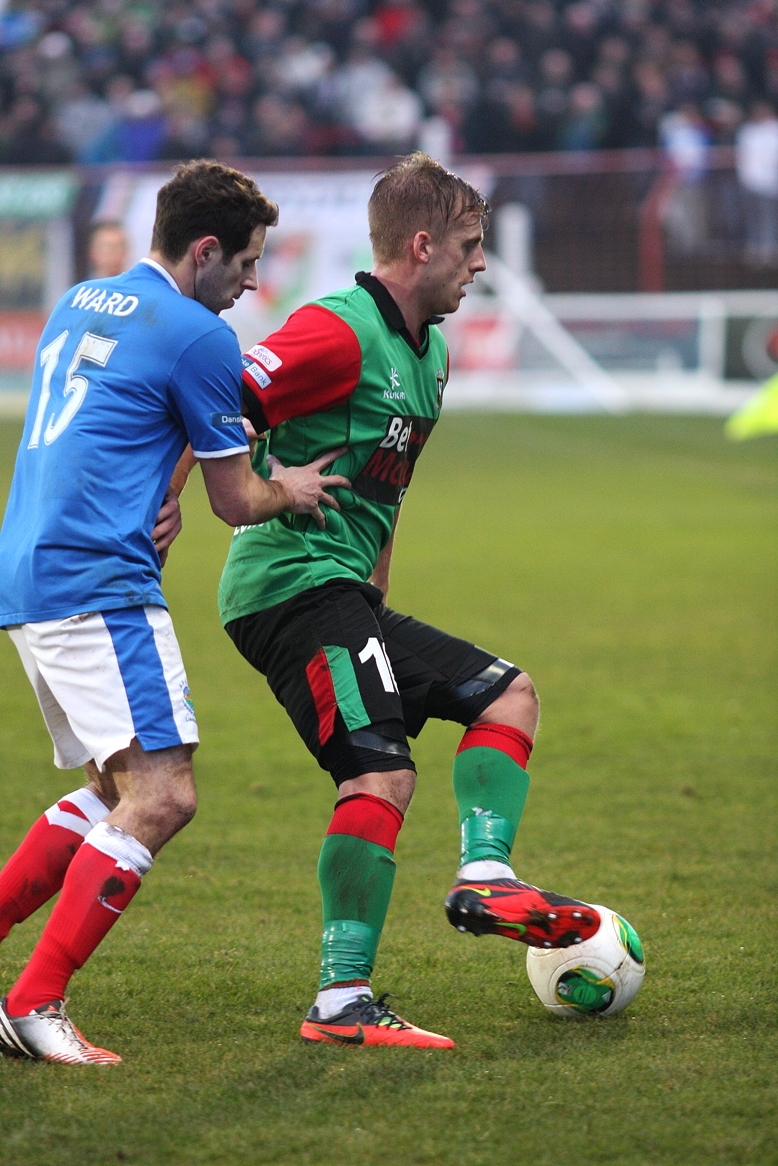 The visitors netted twice early in the second half. Waterworth's initial shot was saved by Morris but the ball broke back to the Linfield number 7 and he scambled it in from close range. Jason Hill fouled McAllister in the area on 55 minutes and Aaron Burns blasted the penalty past Morris. On 68 minutes Mulgrew's shot was deflected for a corner and then a 20 yard effort from Burns was well saved by the Glentoran skipper. On 72 minutes a cross from Hill was met by Jordan Stewart but his spectacular overhead kick was off target. Stewart had another chance 11 minutes from time when he was put clear by a great pass from Aaron Boyd but he snatched at the shot and sent it wide of the goal. With time running out Lowry brought a save from Morris and Addis headed over from Boyd's corner. On 89 minutes Glentoran had a lifeline. A superb 25 yard free-kick from Jordan Stewart beat Tuffey, hit the post and then fell kindly for substitute, David Scullion who scored to make it 2-1. Glentoran's late fightback wasn't helped by the dismissal of Mark Clarke late on when he needlessly got involved with Jamie Mulgrew. The 10 men kept pushing for an equaliser but time ran out and it was Linfield who held on to claim the points. 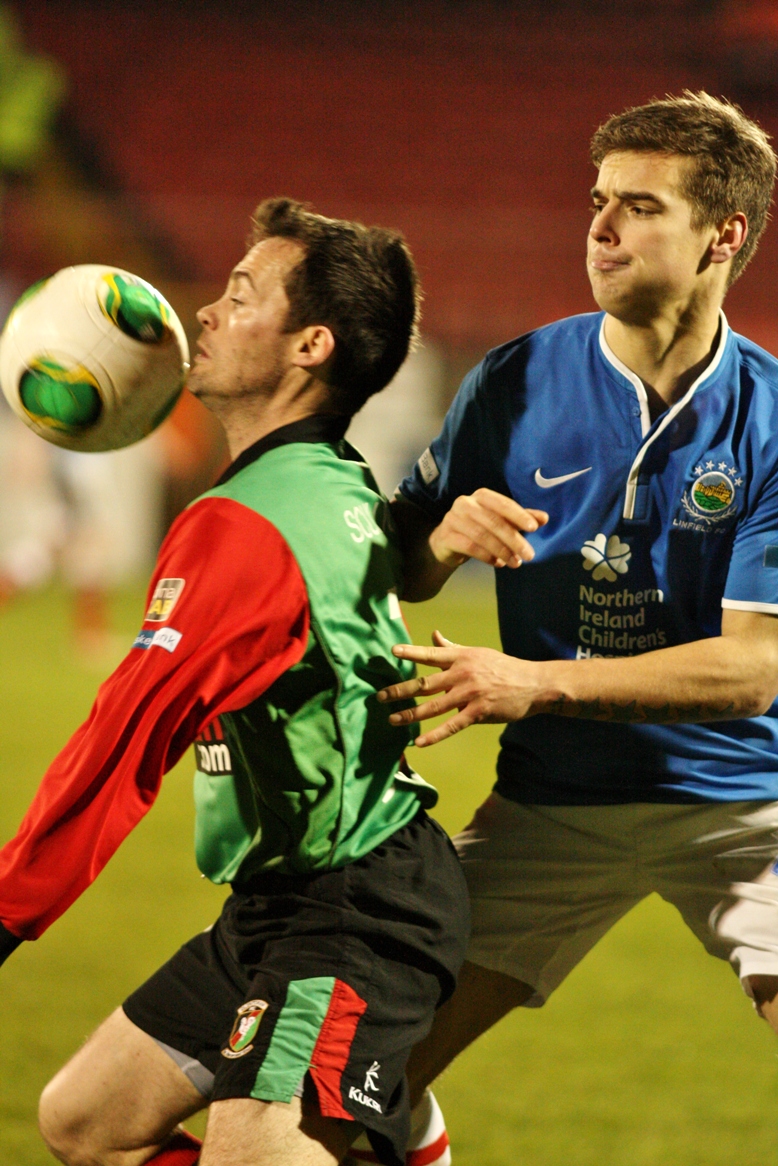 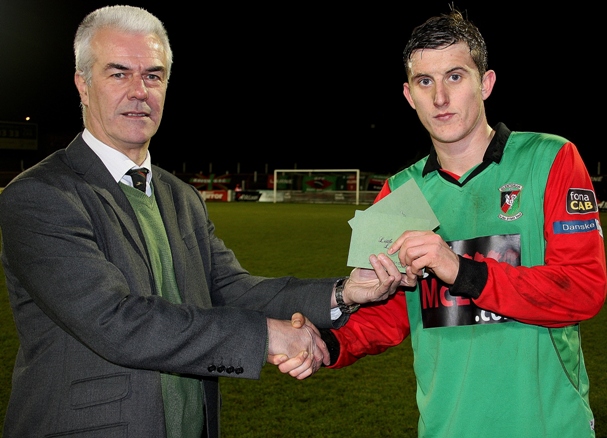