Glentoran Women's striker Rachel Rogan is the first-ever winner of the NIFWA Women's Player of the Month award.
Rachel  won the April/May trophy for her extraordinary goalscoring exploits, bagging 15 goals across three different competitions.
She scored eight goals in the Danske Bank Women's Premiership, hitting doubles against Comber Rec, Derry City, Crusaders Strikers and Cliftonville. After six games, the Glens are second in the table five points behind Linfield. 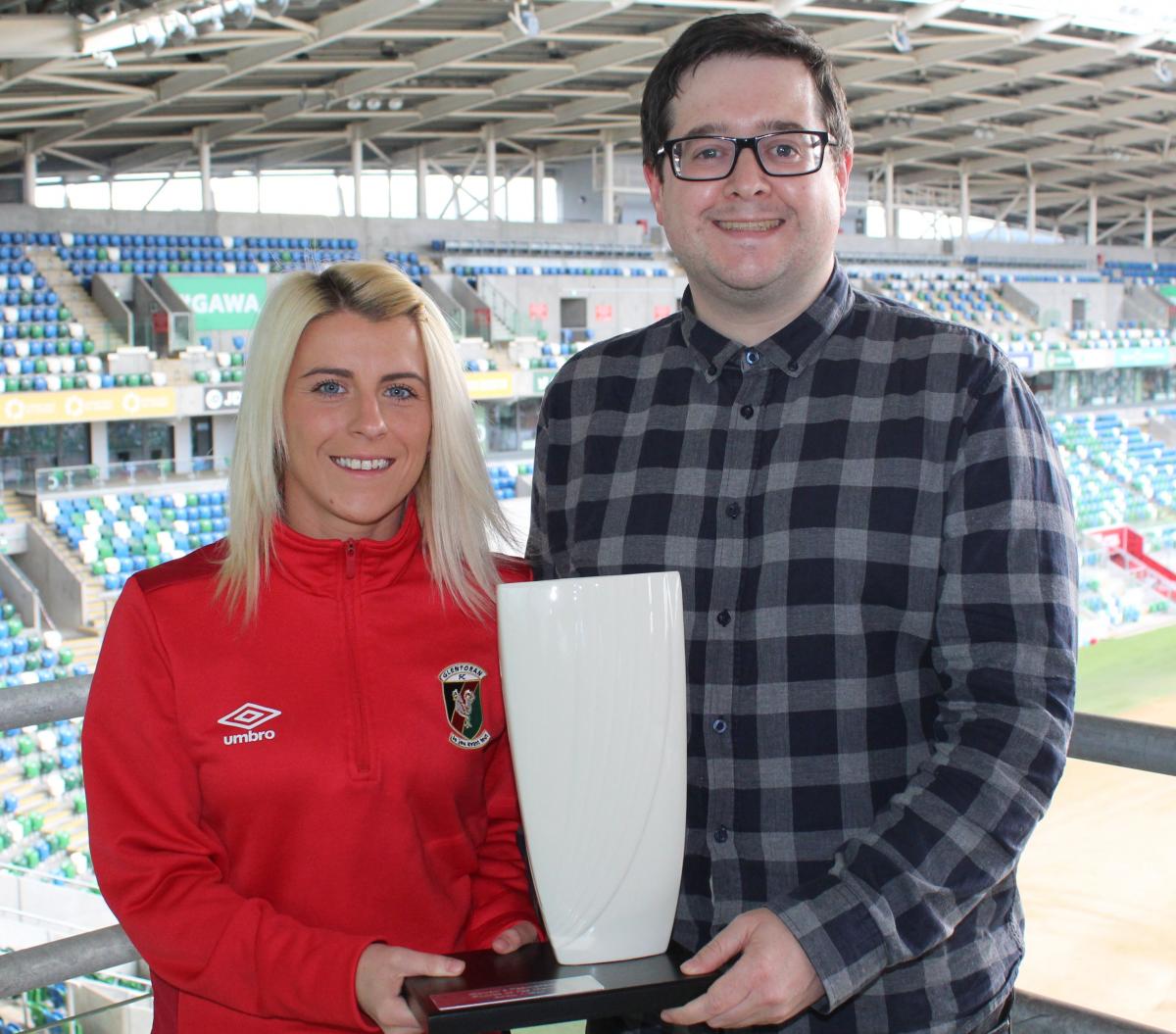 Upon collecting the Belleek trophy, Rogan said, "It's an honour to win the first-ever Women's award. I think it's fantastic that the Football Writers' have launched this award.
"I have scored a few goals this season, but Glentoran's success has been a team effort. We are going well in the Premiership, the League Cup and County Antrim Cup, so we're really pleased with our start to the season."
NIFWA Chair Keith Bailie said, "Women's football is one of the fastest growing sports in Northern Ireland, and the Danske Bank Women's Premiership is the elite level of the sport. The football so far has been superb, with Linfield, Glentoran and Sion Swifts all in great form.
"It's only right that the Football Writers' recognise the best player in the division each month.
"Rachel has certainly shown herself to be that, with her incredible form in front of goal. It was an honour to present her with the first-ever NIFWA Women's award."

A delighted Billy Clarke, GWFC General Manager, said: "Rachel (Rogey) had played for St Matthew's Ladies for 11 seasons where she was a prolific goalscorer. She had come to the notice of a number of Senior Women's clubs but we eventually signed her in 2015 in time for our Women's Champions League tournament.  She made a scoring debut v Ballymena and followed that up by scoring in every League game and also in the Champions League. She is currently  into her 5th season with the Glens and has been our leading goalscorer in the past 4 seasons. With 15 goals to date she is well on her way to make it 5 in a row. The NIFWA Player of the Month award Rogey has received is a reward for the work she puts into training and her goalscoring exploits to date in League and Cup games. Her contribution to the team has added to our progress to date this season".