Glentoran Gazette contributor and former editor, John Grayden, first saw the Glens play in May, 1959. In this series he picks imaginary sides from throughout the years in a random selection of categories. A few are factual while most are subjective and by no means definitive. While he has seen the majority of the players in action, a few from other eras are included because of their contributions to the club’s history. 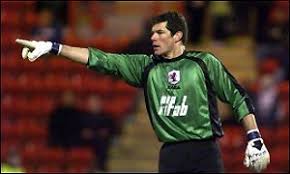 With the exception of Billy Caskey I don’t think any player made such an impression on fans in so short a period of time. The big Dutchman came to the Oval on loan from Dunfermline in 1997 and although he only played a handful of games in his month here, he has never been forgotten by those who watched him. Confident and rock solid he inspired the defenders in front of him. Although the Glens wanted him to stay, he opted to sign for Jimmy Nicholl’s Raith Rovers. He is now goalkeeping coach for his hometown club, FC Den Bosch. 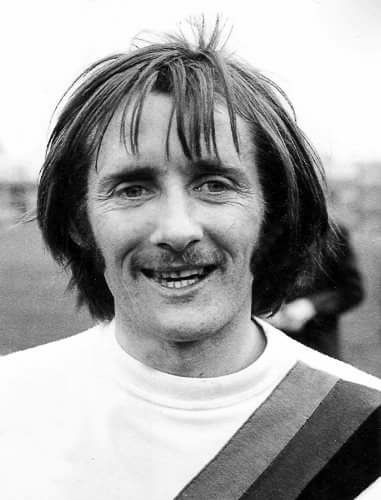 I’m cheating slightly here as John was born in Belfast and made more than 300 appearances for the Glens from 1968 to 1975 when he emigrated to New Zealand where he played for Gisborne City. He was capped 17 times for his adopted country including an appearance at the 1982 World Cup finals in Spain after making his international debut at the age of 32. 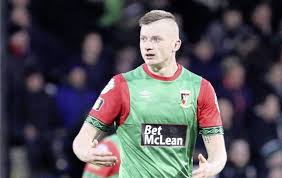 While the tall, strong Polish-born player was signed by Gary Smyth from the Welders as a midfielder who could also play up front, I always reckoned he was made for the stopper role. While he scored three goals in eleven games during his short stay at the Oval he will probably be best remembered as the man who scored the opener for the Welders against the PSNI a few days after an arrest warrant against him had been issued over his non-appearance in court on a driving matter. 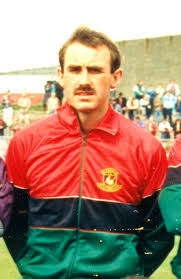 A player with one of the most interesting careers in the game. While he is a familiar figure around East Belfast Terry was born in Moncton in New Brunswick and has split his life between two continents. After a brief spell with the Glens at the end of the 1970s Terry left for the States where he played more than 100 games in the North America Soccer League for the San Diego Sockers, Tampa Bay Rowdies and the Tulsa Roughnecks, where he won the Soccer Bowl in 1983, before returning to the Glens in 1985. He played at the 1984 Olympics for Canada, was a member of their World Cup squad at Mexico in 1986 and has been inducted in the Canadian Soccer Hall of Fame. Terry played 333 games for the Glens over his two spells. 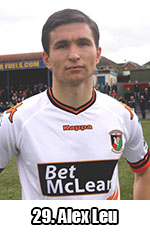 A Moldovan international who played a handful of games for the Glens in 2016, making his debut against Ards on the artificial surface at Clandeboye Park. He had played around 100 games in the top division of his home country and was capped once for the national side in 2014 before coming to Northern Ireland. His last known club was Transylvania FC in the Republic’s Leinster League. 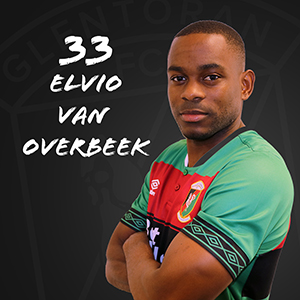 One Mick McDermott’s summer signings that has changed the face of the Oval dressing room. Born in Angola but raised in the Netherlands by his adoptive parents, Elvio started his career at PSV Eindhoven before moving to Go Ahead Eagles, De Graafschap and Telstar ahead of his move to Belfast. He has represented the Netherlands at u18, u19, u20 and u21 levels. His ability to play in several positions has led to him being used tactically in the 37 games he has featured in this season. Elvio has scored five times including a memorably cheeky back heel against Linfield on Boxing Day. 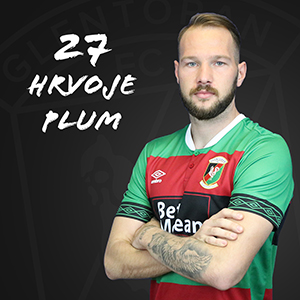 A player many fans are anxious to see back in a Glens jersey after suffering a cruciate knee ligament injury at Larne in January. His 13 goals from his 28 games are prized by the management team. The Croatian midfielder started his career at Dinamo Zagreb. 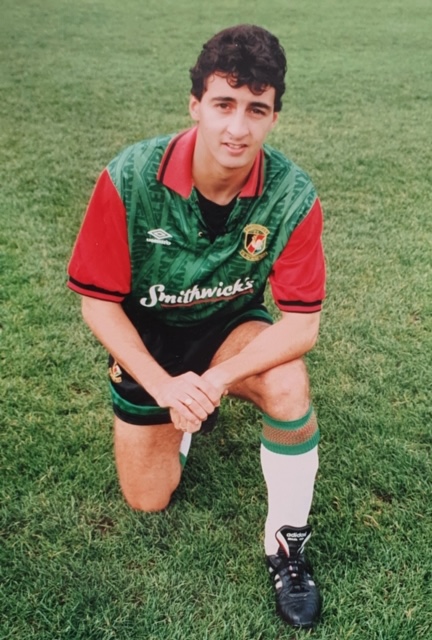 Gibraltar-born midfielder who was the first player from abroad to play for the Glens in the modern era. Colin played for the side in the 1993/94 season before returning home to play in Spain’s secunda division and then for Manchester 62 and Lincoln Imps on the Rock. He also captained Gibraltar’s national side during his football career. These days he is Gib’s Chief Fire Officer after a 20-year career in the Service but can’t quite shake off his east Belfast connection. He works from the Service’s headquarters on …….. Grand Parade! 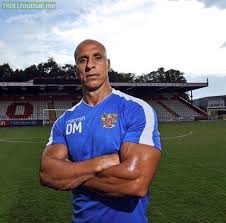 Noureddine Maamria to give him his full title, shipped up at the Oval in the 1996/97 season as one of the many players Tommy Cassidy always claimed were going to complete his jigsaw. The boy who was born in a tent in his native Tunisia arrived in the UK after a holidaying Burnley scout organised a trial. Cassidy’s Burnley connection brought him here where he stayed for only a few months, playing seven games and scoring a couple of goals before moving to Doncaster Rovers. He moved on to a host of other clubs including Stevenage during a 20-year career before moving into management. In 2018 he returned as boss at Stevenage in the EFL’s league two before moving to Oldham Athletic last year. While he played as a striker I’ve slotted him in on the left side of midfield.

The Spaniard, a fans’ favourite at Glasgow Rangers was out of shape when he signed for the Glens at the start of the 2016/17 season. His time here was marred by a lengthy suspension and while he showed occasional flashes of class, he scored only a handful of goals in 26 games. 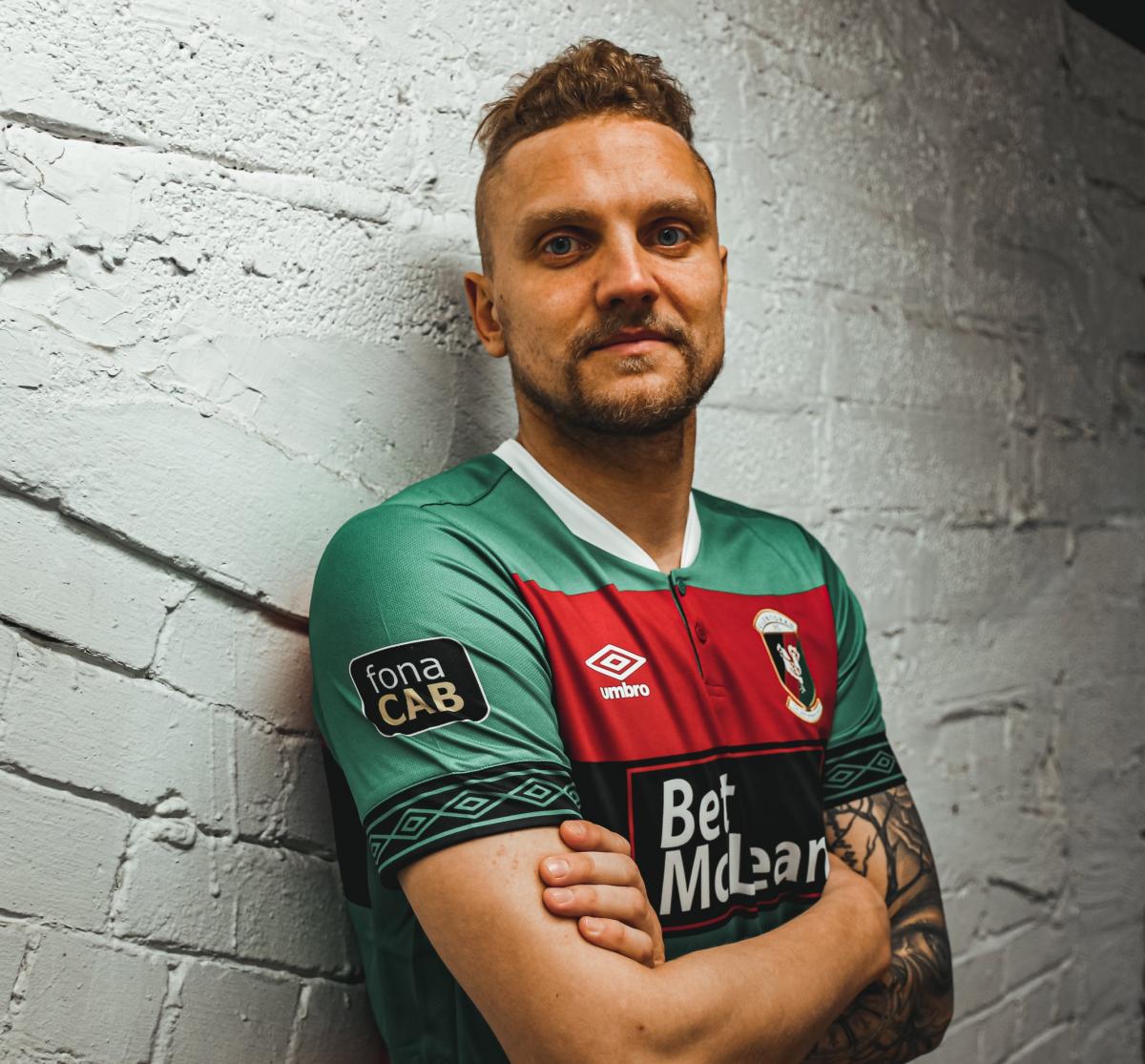 Easily the most travelled player in the past season's Glentoran dressing room, Mick McDermott’s latest signing has played in his native Lithuania as well as in Poland, Romania, Kazakhstan, Belgium, Scotland and Finland. The 31-year-old striker who has played 36 times for the Lithuanian national side made three starts from the bench before the league was suspended in March. 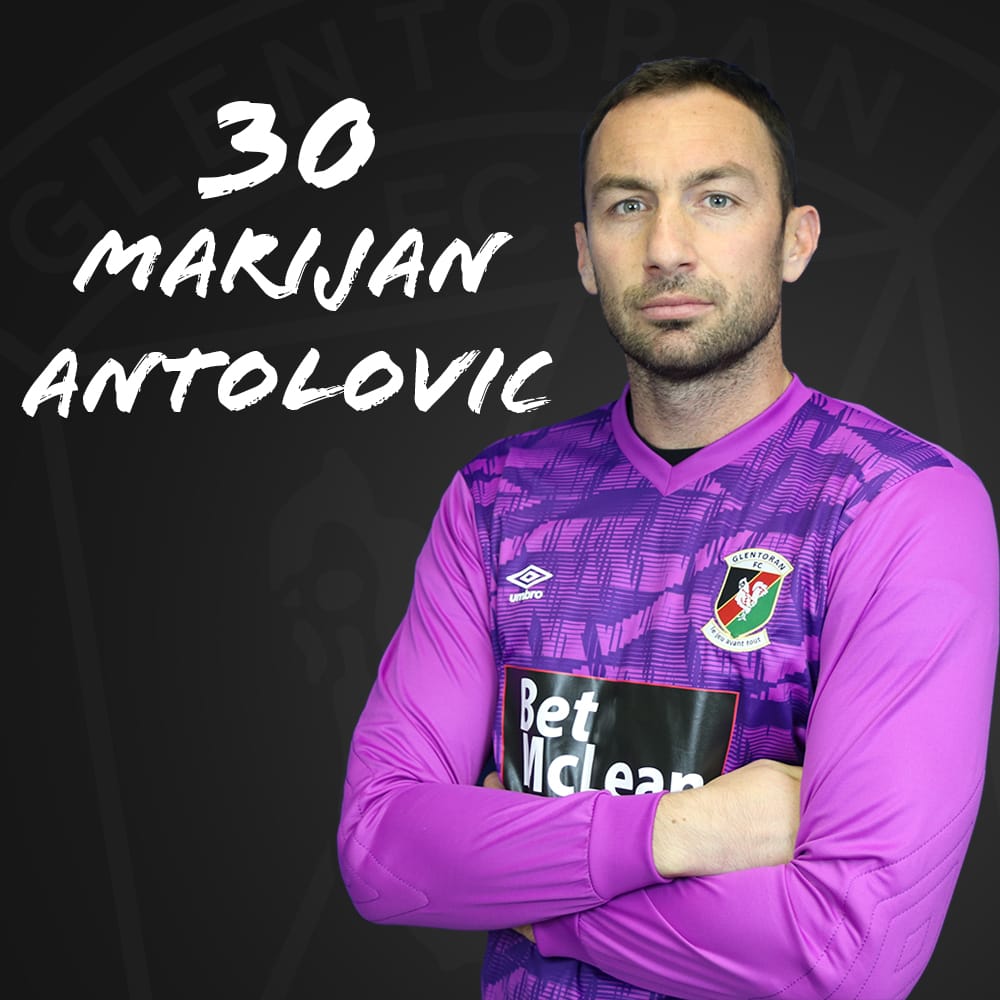 Giant Croatian under 21 international goalkeeper who has agreed to stay at the Glens for the 2020/21 season. He has played 31 times for the club. 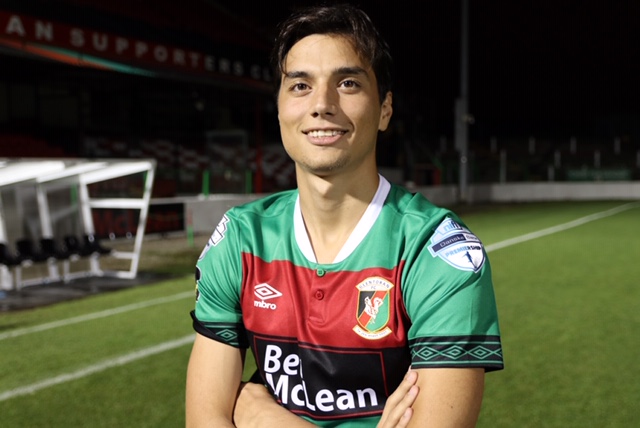 Young Croatian striker signed at the start of the 2019/20 season but who moved to Sweden in the January transfer window. He scored once in his seven appearances for the club. 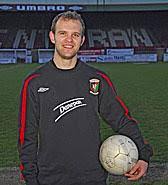 Polish-born striker who signed for the Glens in 2007 but failed to make much of an impact. He has since played for Loughgall, Newry City, PSNI, Carrick Rangers and Ballyclare Comrades. 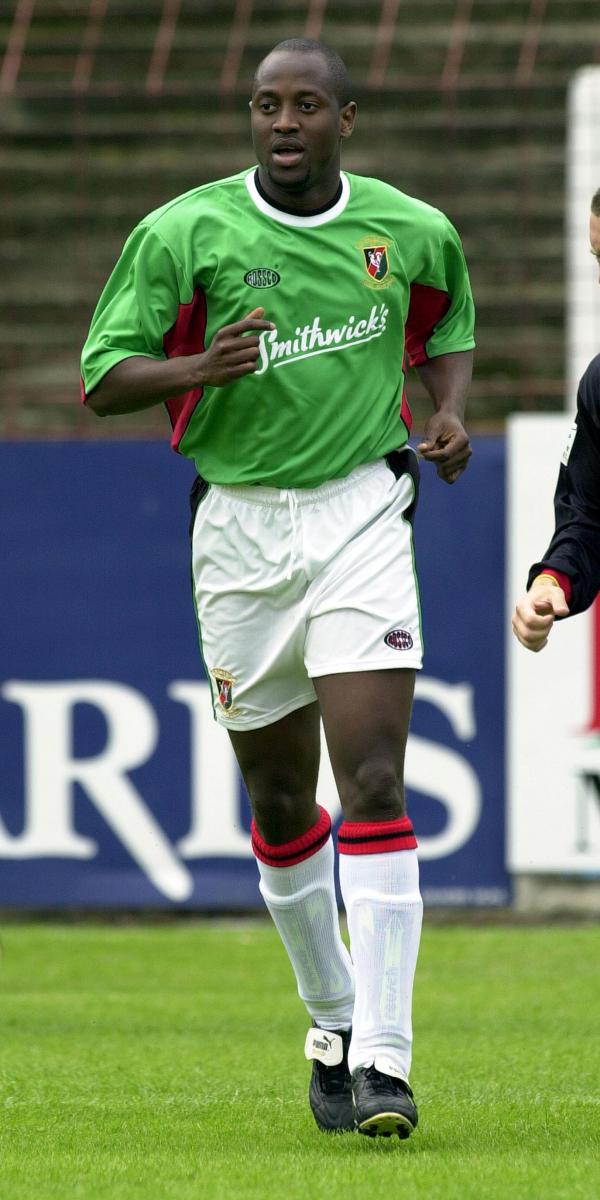 I have a vague memory of Sim arriving at the Oval in the late 1990s, possibly from Distillery. Again he didn’t make much of an impact before moving onto Bangor.