Glens crash out of Shield 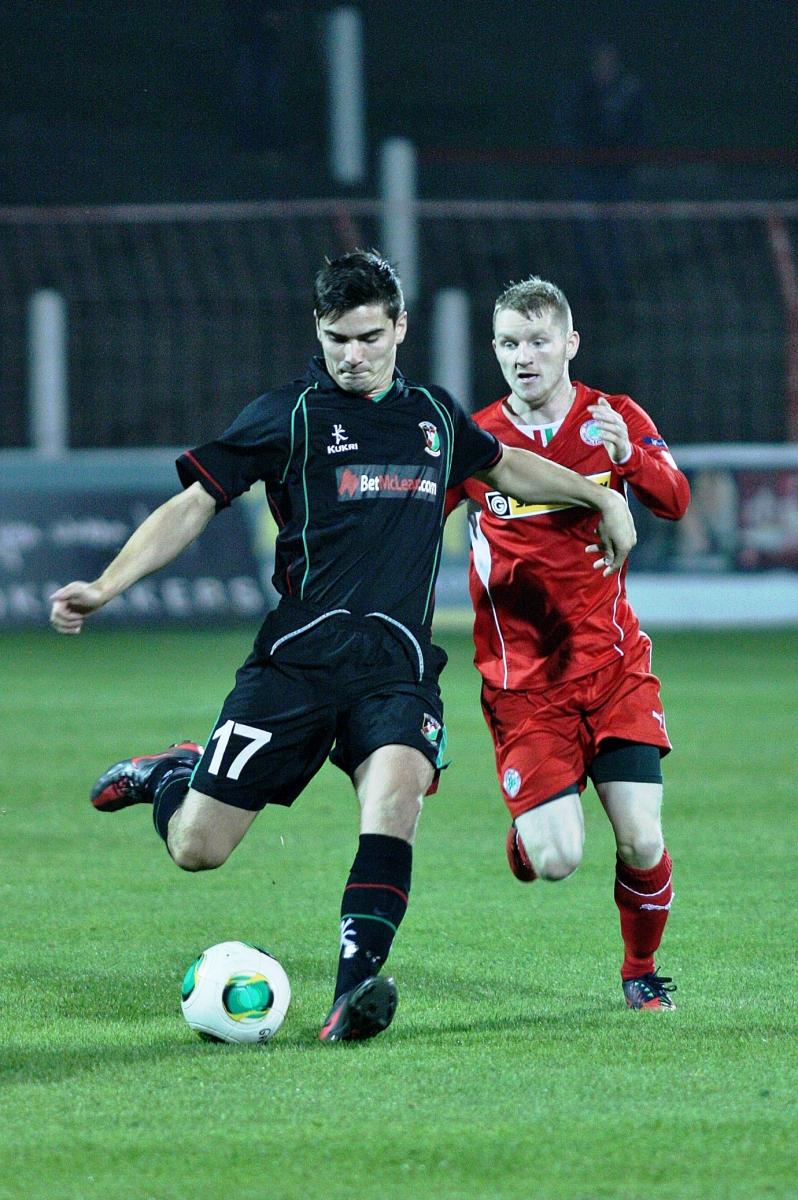 Another below-par performance from Glentoran saw them slump to their third defeat in four games and exit the County Antrim Shield at the first time of asking after Cliftonville strolled to their second victory over the Glens in two weeks.

In the last meeting between the sides, a 4-1 reverse for the east Belfast outfit at Solitude, Eddie Patterson's men were dominated by the brilliant Liam Boyce. With that being said, the team sheet saw Boyce take a step back onto the bench with both sides giving fringe players an opportunity to prove their worth to the respective managers. Indeed, said players seemed to be eager and up for the battle with a frantic, relentless pace being set in the opening stages of the game.

Despite what was a fairly impressive start with free-flowing football down both flanks, the Glens were conceding possession too easily in the centre of midfield. However the first chance of note did fall to the home side as Aaron Boyd, playing as the lone man up front, flicked a header goalwards only to see it sail into Conor Devlin's grateful gloves. For the most part though, it was the same problem as in recent weeks with the final ball not quite being up to standard for the home team.

The next opportunity fell to the Reds as former Glentoran striker Marty Murray made space for himself before smashing his effort low and hard though Elliott Morris saved simply in the Glentoran goal. With 21 minutes on the clock Cliftonville should've opened the scoring; a low, drilled cross was begging to be tapped in however no Red shirt was within twenty yards and the danger was eventually averted.

Ten minutes later and it was the home team who threatened again as Aaron Boyd set himself up beautifully on the edge of the box, however the summer signing struggled to achieve the required contact and his attempt was nothing more than a trickle along the ground. Unfortunately for the home fans who had turned out on this chilling September evening, this scuffed shot signalled the start of Cliftonville dominance that would continue for the majority of the game. 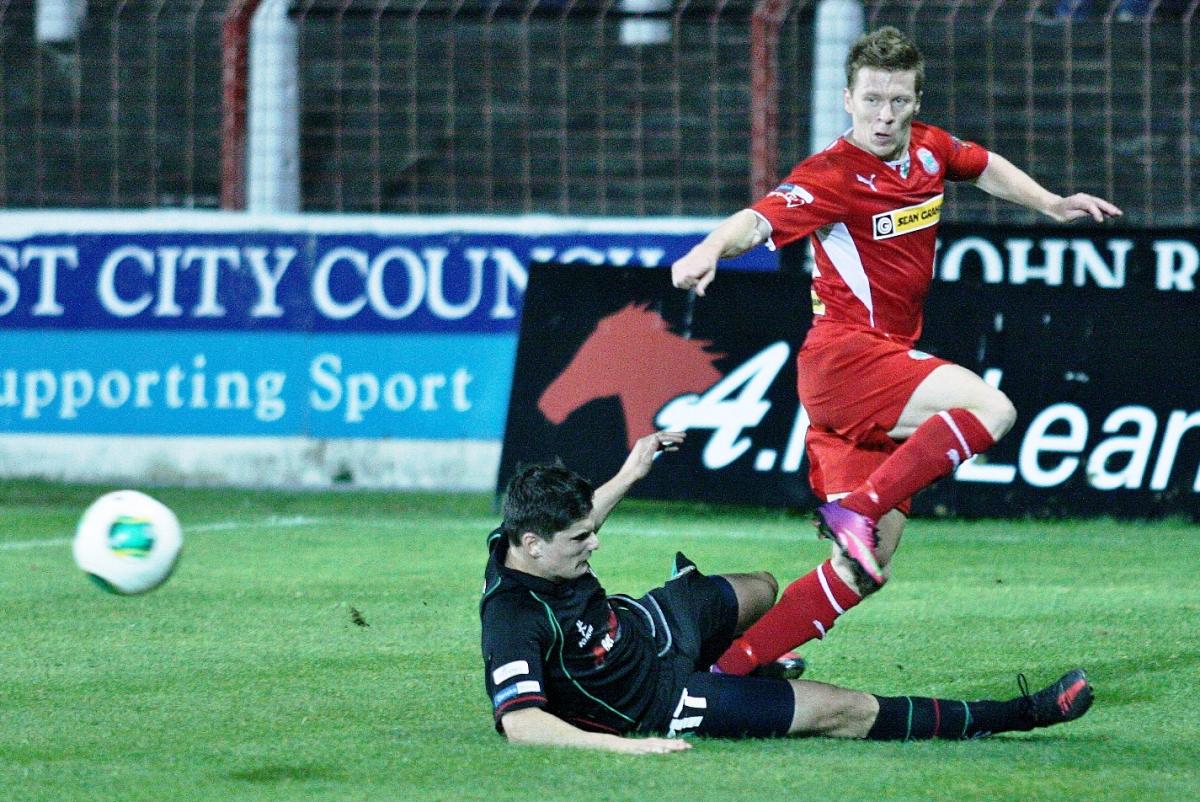 Indeed, on the stroke of half-time the away side broke the deadlock. Paddy McNally, on loan to the Solitude side from Glasgow Celtic, powered a bullet header into the top corner from a Reds' corner though it really was a case of the less said about the defending, the better.

As the two teams trudged out for the second half, it seemed that Glentoran could get back into it but Jimmy Callacher and Stephen McAlorum failed to make the most of good shooting chances, and a ten-minute period of pressure that involved four Glens corners had given the home side hope, though by 59 minutes that hope was well-and-truly dashed. A lightning quick break saw Stephen Garrett waste a good crossing opportunity, however the same couldn't be said seconds later as a sublime Boyce pass - who had came on at the end of the opening half to be deployed as a central midfielder - set the winger free who slotted the ball under Morris.

Two minutes later and more shoddy defending saw Cliftonville make it 3-0. Murray was given time to juggle and then flick the ball over his shoulder for Garrett to nod in off the bar from close range. On 67 minutes the Glens came within a whisker of pulling one back; substitute Mark Miskimmin doing well to win a corner and from the resulting delivery Johnny Addis powered a header off the bar and Marcus Kane skied from inside the six-yard box.

The game petered out as the Reds held on against a Glentoran side who by now had dropped their heads and lost all hope of what would've been a miraculous comeback. In fact, it was almost 4-0 however the linesman ruled out Marty Murray's injury-time strike after adjudging it to be offside. There were few positives to take from this game although the performance of young Jordan Stewart was one. Overall though it was another poor performance from the Glens and a drastic improvement will be needed for Saturday as we travel to Shamrock Park to face Ronnie McFall's free-scoring Portadown side.