Glentoran’s European adventure is over for another year. Tonight they were comprehensively beaten 3-0 by Icelandic side KR Reykjavik at The Oval.

In a first half of few chances, the Glens started brightly, a glamour tie with Standard Liege in the next round providing an incentive for the team to finish off the job that they had started last week. With just two minutes on the clock, new signing Mark Miskimmin was sent through on goal however the former Donegal Celtic frontman’s attempt was parried behind for a corner by KR 'keeper Hannes Halldorsson. Another Glentoran chance went begging moments later, as Jay Magee failed to get a proper connection on his header from the resulting corner and the ball went well wide. 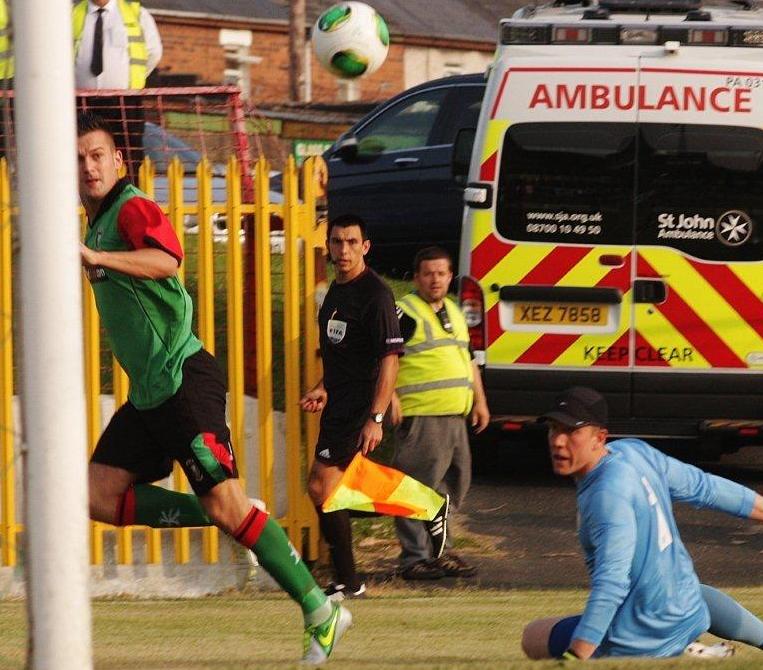 Eight minutes on and the Glens were threatening Halldorsson’s goal again - this time winger Jim O’Hanlon dancing through numerous KR challenges inside the opposition area. However, O’Hanlon’s decision to persevere with his dribbling rather than rattle off a shot proved to be a poor one as he was eventually stopped by a swarm of the Icelandic side’s defenders. The Glens were left to rue these missed opportunities, as the superior fitness levels of a team well into their domestic season began to show with KR starting to edge their way into the match.

The first chance of note for the visitors fell to Kjartan Finnbogason, as the Icelandic striker skied an effort from inside the box after a corner managed to bounce between two Glentoran defenders. Unfortunately, the home side’s luck ran out with 24 minutes on the clock; Englishman Gary Martin latching on to a Kevin Bradley mistake to calmly lob the ball over the advancing Elliott Morris and into the back of the net.

Glentoran came out in the second half knowing that they needed to score at least two goals in order to progress.  Jimmy Callacher’s 55th minute 25 yard free kick tested Halldorsson, but KR were straight back on the attack just 4 minutes later as the impressive Oskar Hauksson saw his effort from a free-kick routine blocked by Callacher. With half an hour left to play, Martin almost extended his side’s lead after racing clear of the Glens defence only to shoot straight at Morris. Three minutes later he was again foiled by the Glentoran ’skipper - an extremely brave smothering save keeping the score at 1-0.

Reykjavik were now piling the pressure on Morris’ goal, and on 65 minutes they netted that all important second goal. Some good play down the left hand side eventually found Jonas Saevarsson unmarked about 12 yards out. His initial effort was blocked by a superb David Howland challenge, however the rebound fell straight back to the midfielder who curled a delightful finish beyond the reach of Morris and into the far corner.

It was hard to see how the Glens could get back into the tie now, and it was almost made even worse just one minute after the second goal as Hauksson lifted the ball over the onrushing Morris and watched it bounce towards an empty net - only to be denied a goal by an astonishing overhead kick goal line clearance by Callacher.

With 20 minutes to go, Carl McComb and Jordan Hughes replaced Mark Miskimmin and Jim O’Hanlon respectively as Eddie Patterson looked to spark what would‘ve been an unprecedented comeback. Indeed, Hughes almost made an instant impact after a 20-yard snapshot could only be parried by Halldorsson. Although the Glens did show signs of perhaps getting a consolation after substitutes Gordon and McComb went close, it was KR who grabbed their third goal deep into injury time as Saevarsson slotted the ball home for his second of the game after some neat build-up play down the left flank.

So we’re not off to Belgium this year and our European dream is over. A real shame after last weeks encouraging stalemate in Reykjavik but the superior sharpness and fitness levels of KR proved to be the difference. 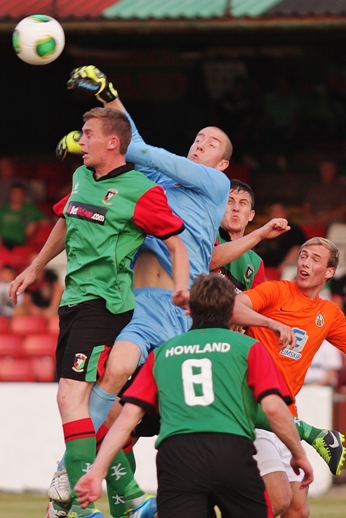 Next up is Elliott Morris’ Testimonial game against Kilmarnock on Saturday 20th July and it would be great for the same sort of crowd to turn out for such a loyal servant to the club.