The conditions were horrendous but on an excellent surface and in front of a big crowd, Glenavon and Glentoran served up an exciting game of football. 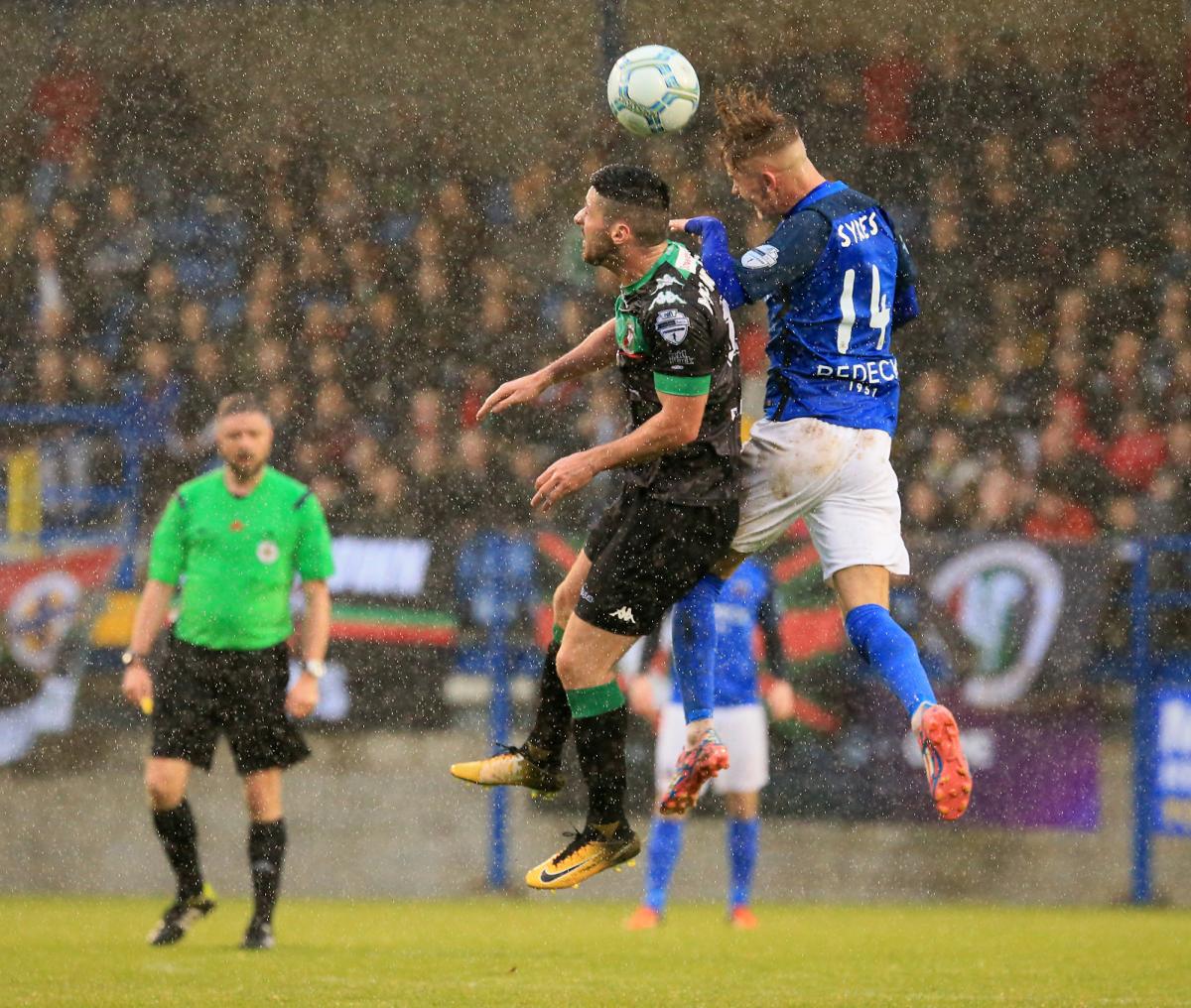 Glentoran manager, Gary Haveron was forced to make a change to his starting line up with Ross Redman missing through injury. Skipper, Marcus Kane moved into the left back slot with Kym Nelson starting in central midfield. 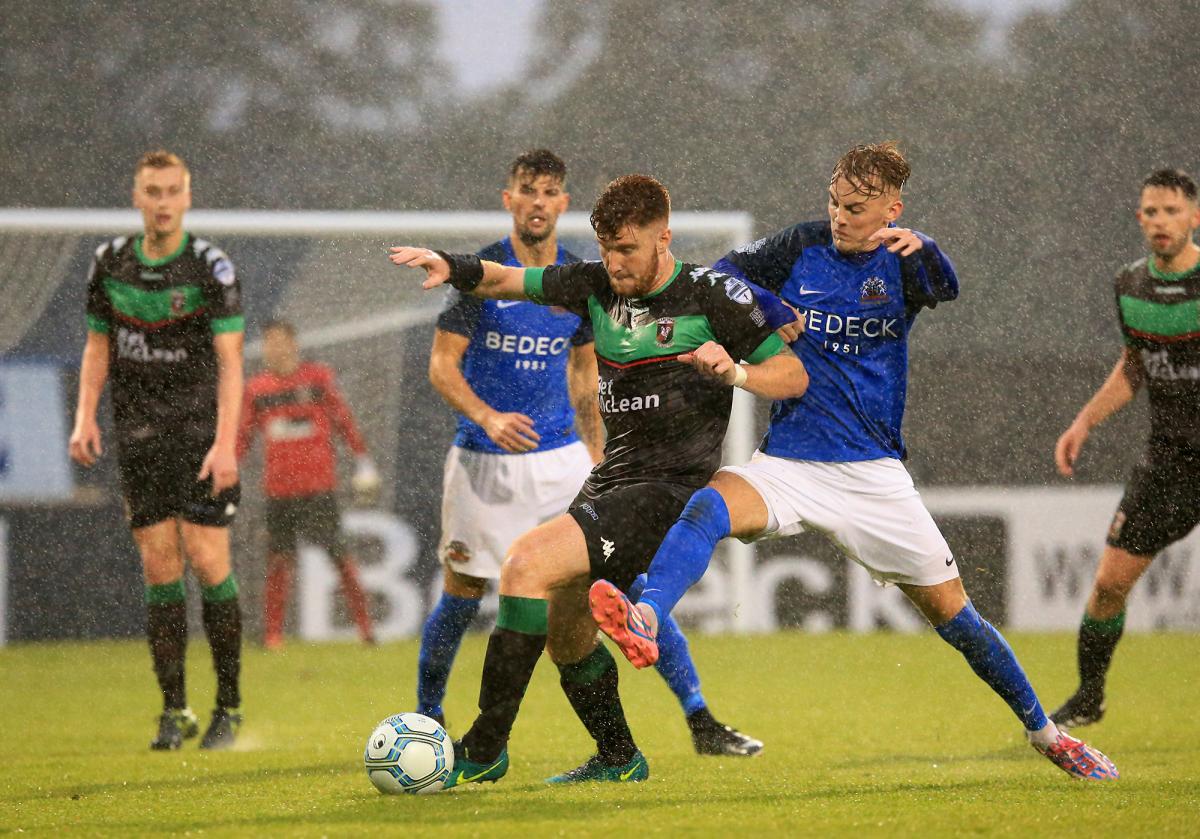 Both teams started with a high tempo and in the first quarter of an hour the crowd were treated to some excellent football but without any real product in the final third. Summer signing, Andrew Mitchell had the first effort on goal but Elliott Morris, who had an outstanding 90 minutes, turned it away for a corner. On 20 minutes Mitchell tested Morris again. On this occasion his mis-hit shot almost caught out the Glentoran custodian but Morris adjusted well and tipped the ball over for a corner. Midway through the first half Glenavon took the lead. Rhys Marshall went past Kym Nelson and Tiarnan McNicholl much too easily. He found Mitchell and it was third time lucky for the Lurgan Blues striker who drilled a low shot into the bottom corner from the edge of the 'D'. Five minutes later Glenavon went close again; Mark Sykes going close from the edge of the area. Glentoran then had a chance to level. Dylan Davidson's cross from the left was met by Curtis Allen but the Glentoran number 9 saw his header go well wide. 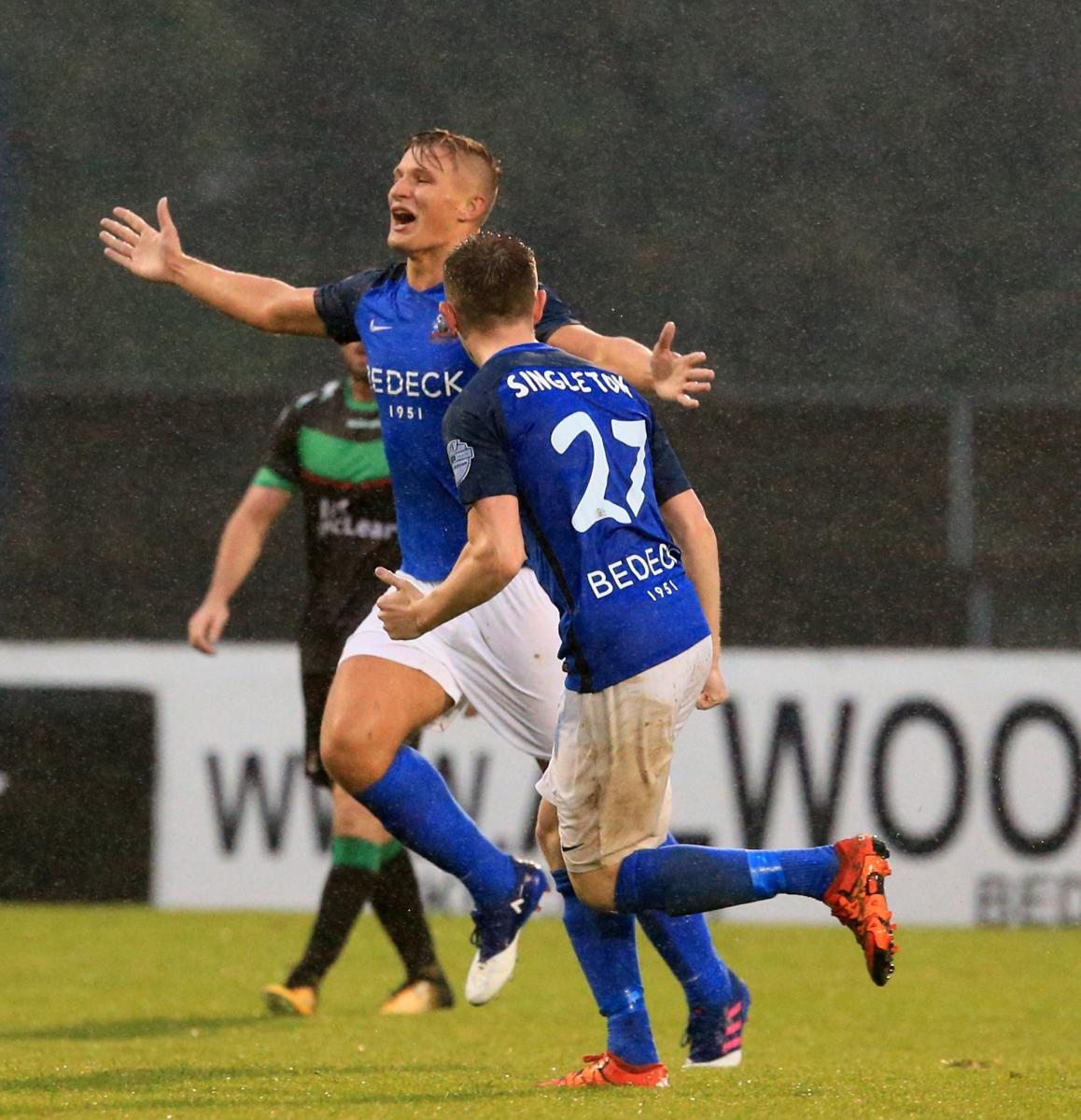 On 41 minutes Glentoran put together their best attack of the game with Corey McMullan, John McGuigan and Curtis Allen linking up well before Allen sent Davidson away down the left. As a number of Glentoran players made their way into the penalty box, Davidson was unfortunate to see his cross deflected for a corner. In the final minute of the first half a foul on Curtis Allen gave Glentoran a free kick 30 yards from goal. Kym Nelson, who has been in good scoring form for the Seconds, took the free kick but was well off target. 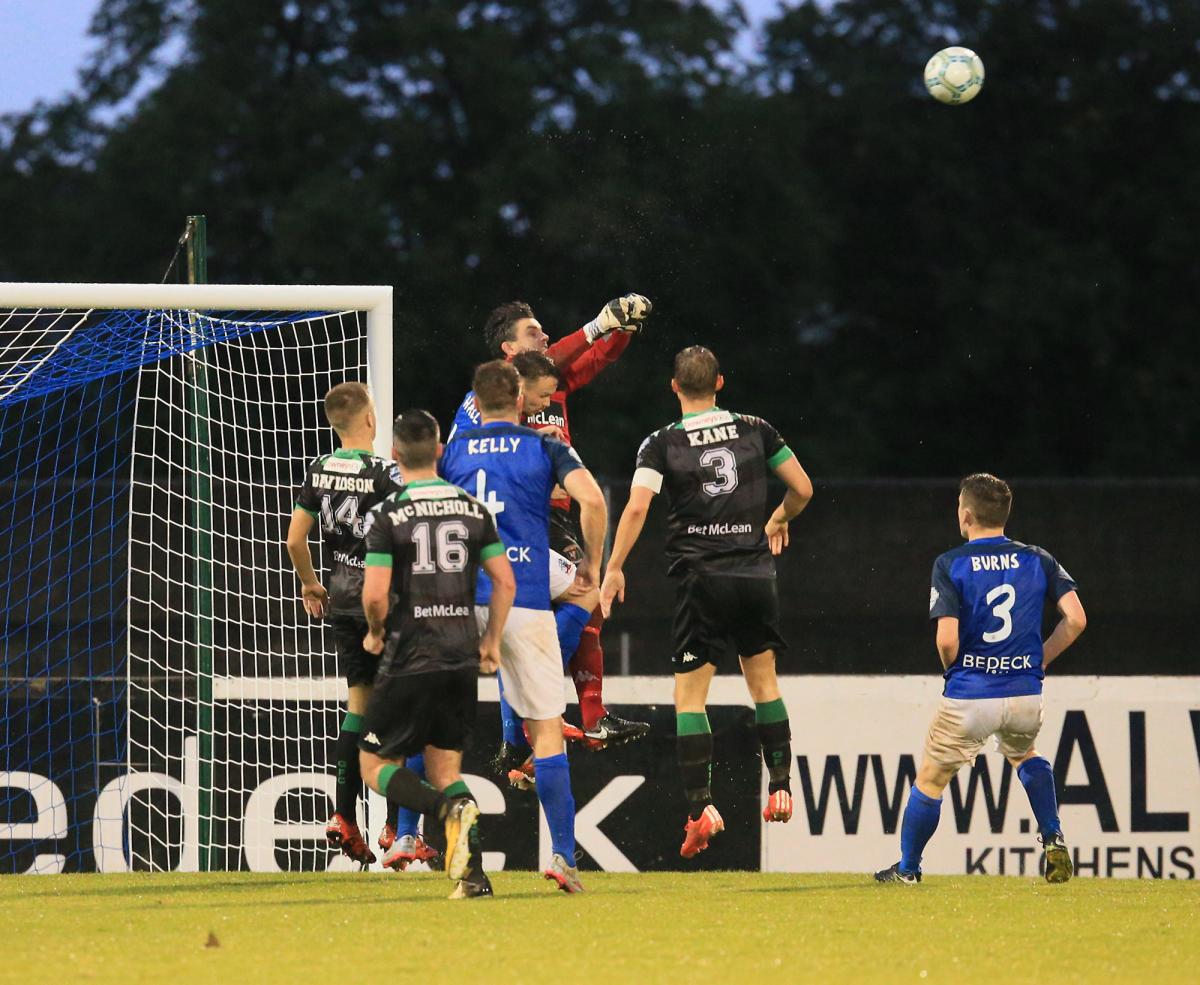 Glentoran almost gifted Glenavon another goal early in the second half. A slack passage of play from the restart saw the East Belfast side concede possession and Marcus Kane was forced to concede a free kick on the left flank. Burns took it and almost caught out Morris but the veteran Glentoran keeper, who produced a 'man of the match' performance, stretched to tip the ball over the top. On 48 minutes Kane went close for Glentoran with a 25-yard effort which flashed narrowly wide. James Singleton then fizzed a dangerous ball across the Glentoran goalmouth but nobody in blue was close enough to turn it home. 8 minutes into the second half Glentoran were forced into a change with left midfielder, Dylan Davidson forced off with a suspected dislocated shoulder. James Knowles replaced him. Dylan was taken to Craigavon Area Hospital and everyone at Glentoran wishes him a very speedy recovery. 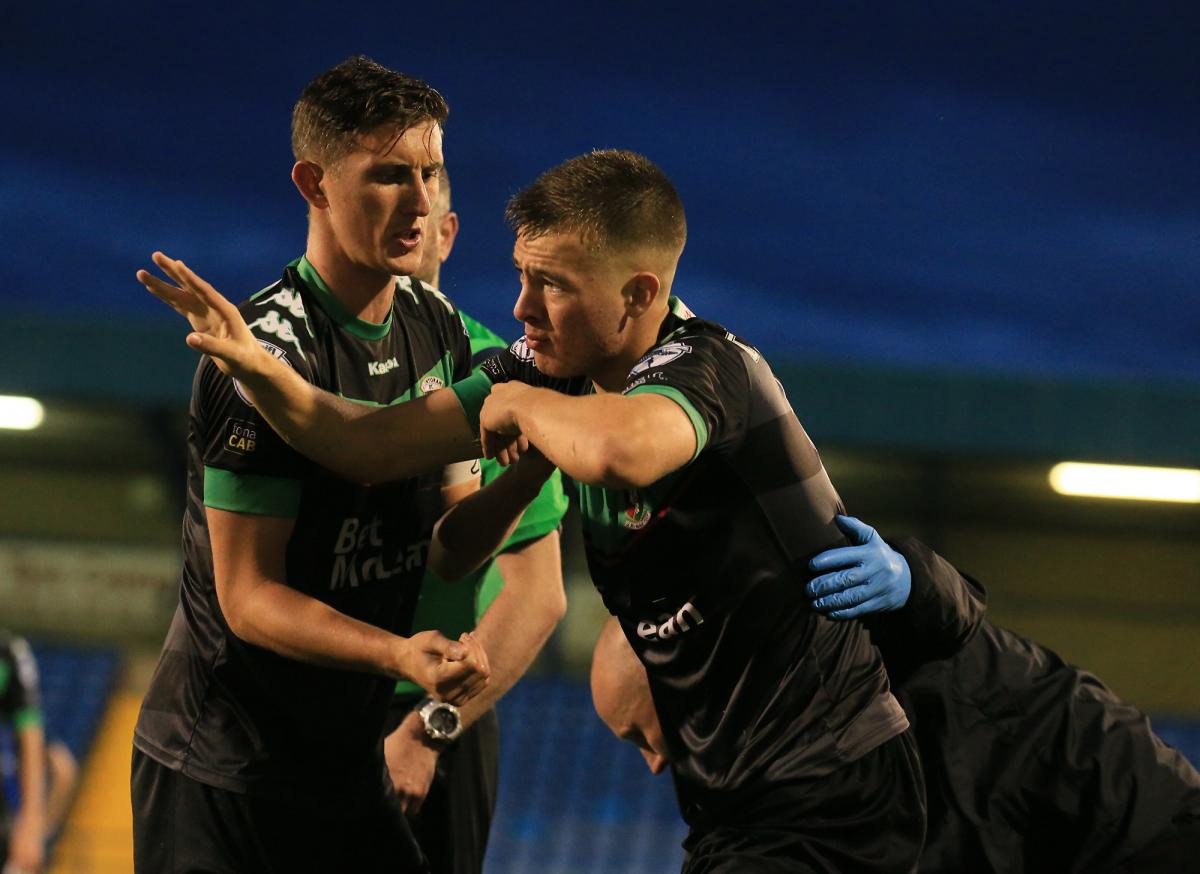 On 55 minutes John McGuigan's deflected shot almost deceived Jonathan Tuffey but the Glenavon keeper was able to keep the ball out. Glenavon continued to look the side most likely to score the next goal. On the hour mark Andy Mitchell set up Andy Hall but the former Glentoran winger's shot was straight at Elliott Morris. 5 minutes later a Sammy Clingan free kick wasn't properly cleared by the Glentoran defence and the ball eventually fell to Adam Foley but heis superb effort came back off the post with Morris beaten. With 15 minutes remaining Gary Haveron brought on Robbie McDaid for Tiarnan McNicholl and Daniel Kelly for James Ferrin....and within 10 minutes the game was turned on its head! 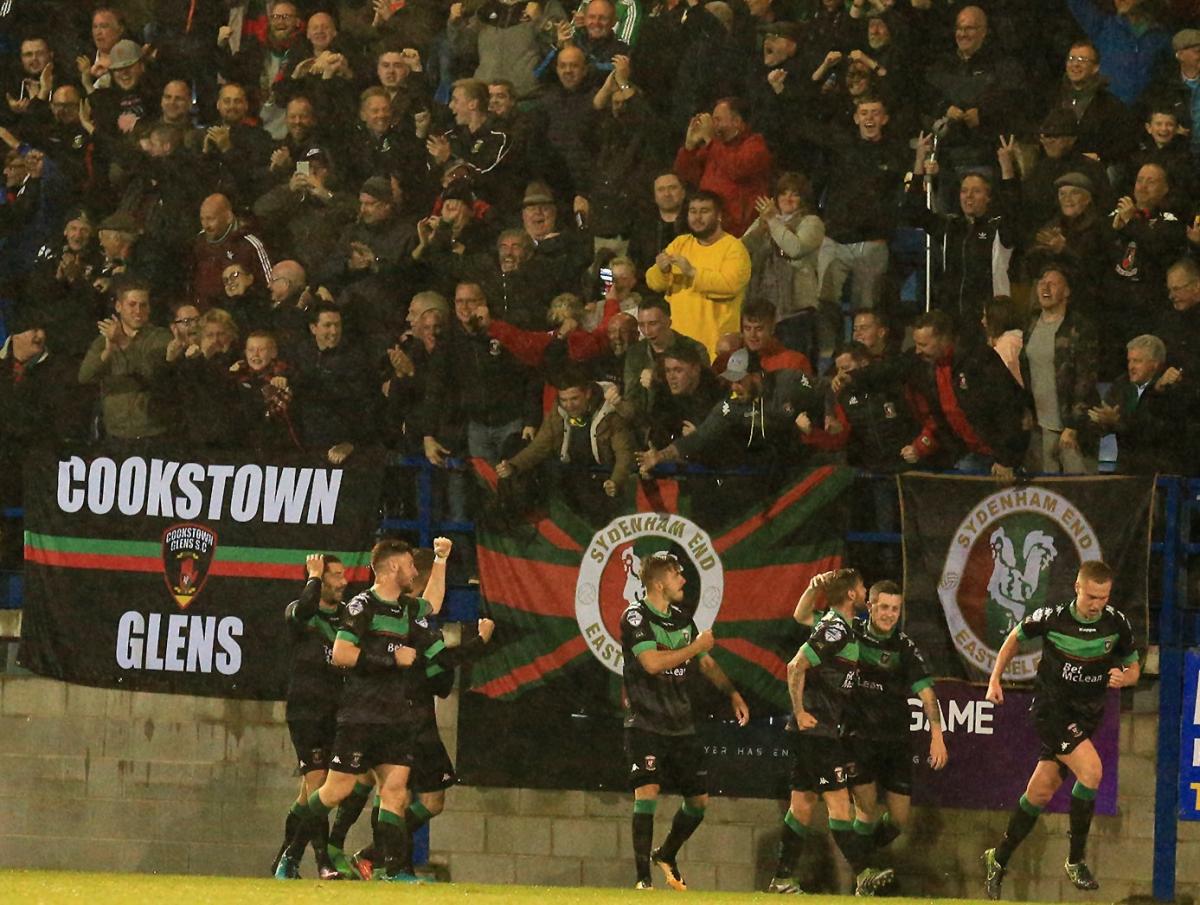 On 80 minutes an Elliott Morris goal kick found Curtis Allen. Allen did really well to go past several Glenavon defenders and break into the penalty area. He tried to play a one two with McGuigan but the ball broke to Robbie McDaid and the striker got his first Glentoran goal, drilling theball low past Tuffey into the far corner of the net. 5 minutes later he got his second! Marcus Kane fired in a cross from the left and McDaid was in the perfect position to guide the ball past a helpless Tuffey. The large travelling Glentoran support were delirious. A game that looked to be going the way of the home side (and would have without the heroics of Elliott Morris) had been turned around. The lead lasted only 2 minutes though. A ball into the area from the right was met by Sykes but his header was superbly kept out by Morris. Burns had the next effort and it too was blocked. The ball eventually fell to substitute Josh Daniels and the number 7 drilled the ball through a crowd of players and into the net. The Lurgan side had a couple of chances in stoppage time ,both falling to Simon Kelly. Morris saved the first, conceding a corner and from that set piece the same player headed over unchallenged. 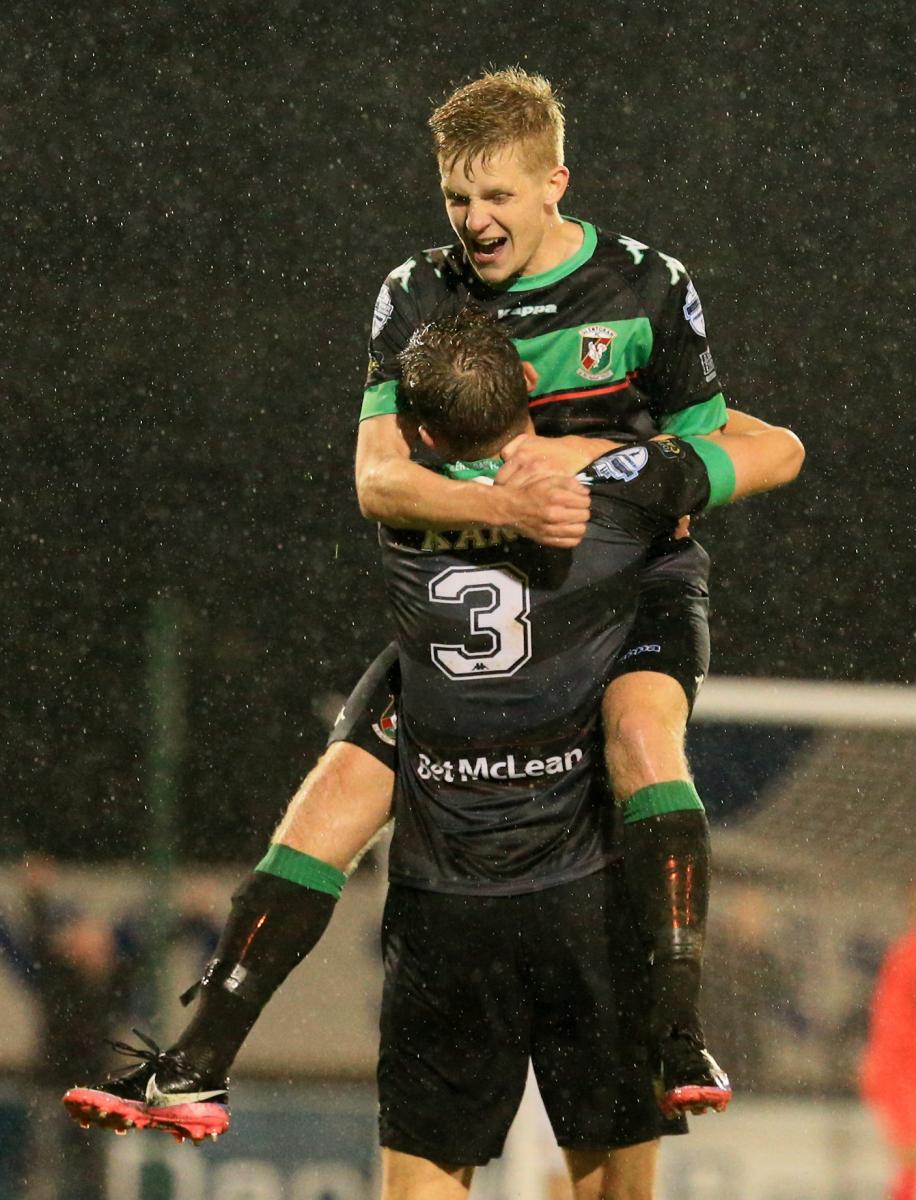 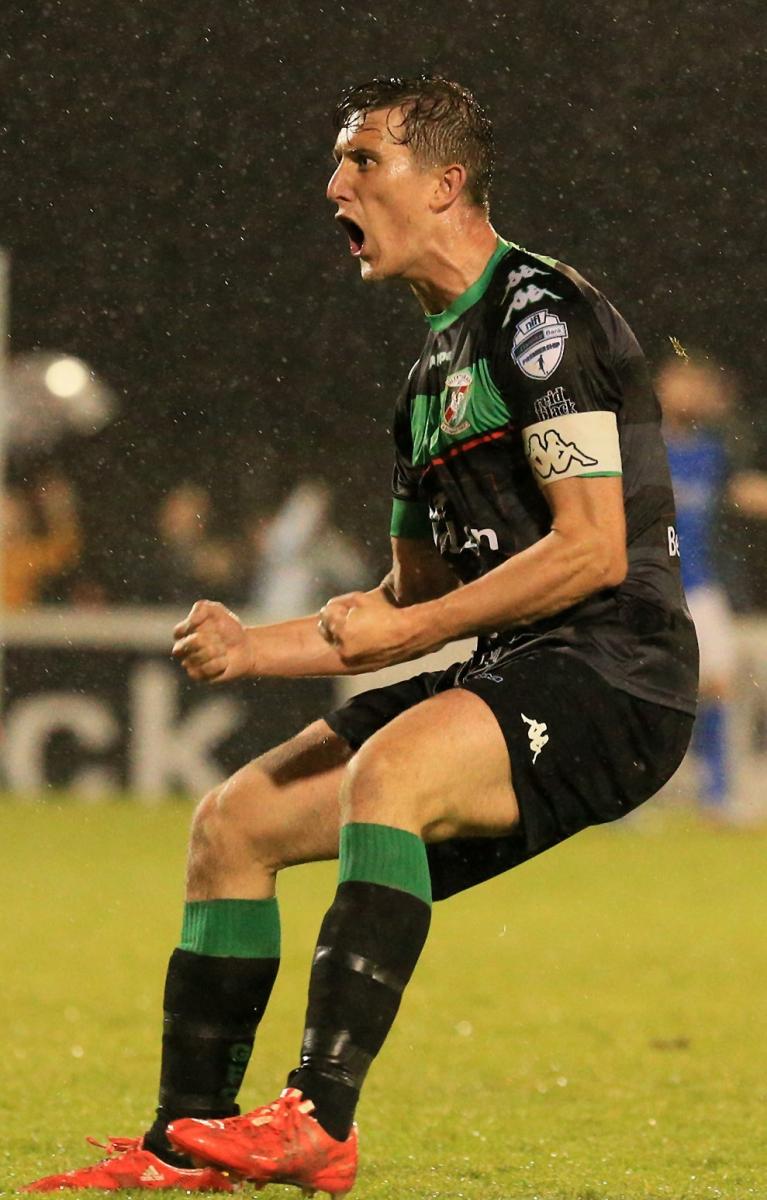 A superb, entertaining game and one which sees both sides remain unbeaten in the Danske Bank Premiership. Next up for Glentoran is another trip to Co Armagh to face Loughgall in the Bet McLean League Cup. 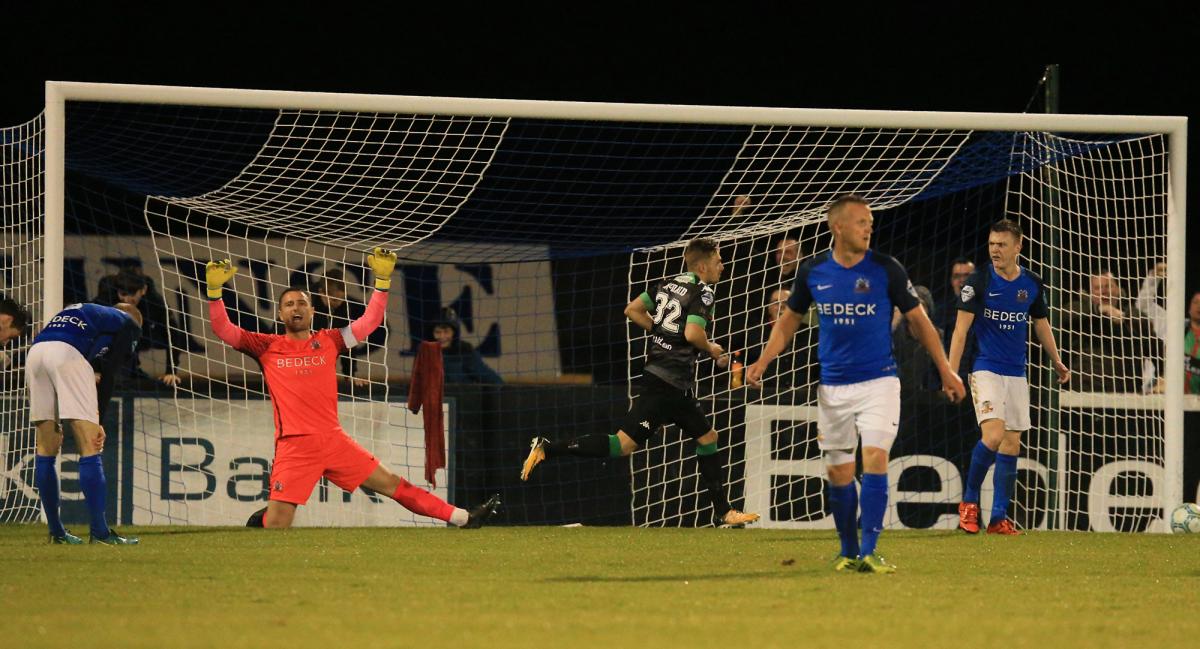