Glentoran got a well deserved point at Mourneview Park on Saturday as Jay Magee's second half equaliser ensured Gary Haveron's men travelled back to Belfast with a share of the spoils.

The game was barely two minutes old when the away side had the first shot on goal - Ciaran Caldwell's effort flying wide of the upright - before Aaron Harmon did well to get away from his marker and fire a snap shot with his weaker foot which suffered the same fate as Caldwell's. Glentoran were arguably on top during the opening stages, and on 13 minutes had two excellent opportunities to take the lead. First, Jonny Addis' header was cleared off the line with Jonathan Tuffey in the Lurgan Blues' goal well beaten, before Harmon again troubled the home defence and saw his effort deflected for a corner.

The game really started to open up at this point as Chris Lavery saw a shot saved by Tuffey, before Caldwell clipped a delightful effort off the Glenavon crossbar. Unfortunately, the Glens were made to rue those missed opportunities as Glenavon broke down the right hand side and Joel Cooper was on hand to tuck the ball home after 24 minutes.

Glentoran didn't let this affect them and continued to pepper Tuffey's goal and with the last meaningful action of the half really should've levelled when Johnny Smith found himself in acres of space but couldn't trouble the ex-Linfield 'keeper with his header. 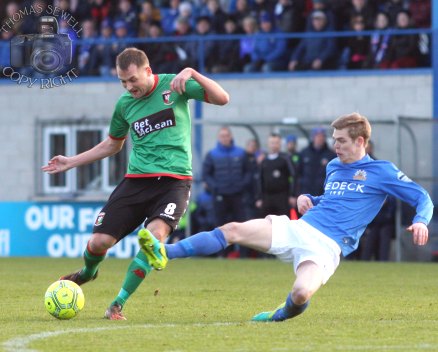 The second half started in stark contrast to the first with the home team this time dominating proceedings. Elliott Morris made a smart save from Cooper on 50 mins, before the same man fired wide four minutes later when well placed. On 58 minutes Smith controlled a wayward shot in the Glenavon area, turned and fired goalwards but Tuffey was again equal to it.

Luckily the travelling support didn't have long to wait after that as on 65 minutes the East Belfast side were level. Eric Foley provided the inch-perfect cross and Magee met it with conviction to leave Tuffey helpless and level the game at 1-1.

A couple of half chances followed for both sides before Morris made a superb save, stretching every inch of his arm to tip over a deflected shot that he would've seen very late. With less than 15 minutes to play Foley smashed a free kick wide, before in the final minute of the game James Singleton was sent off for a second booking as Chris Lavery looked to burst clear. 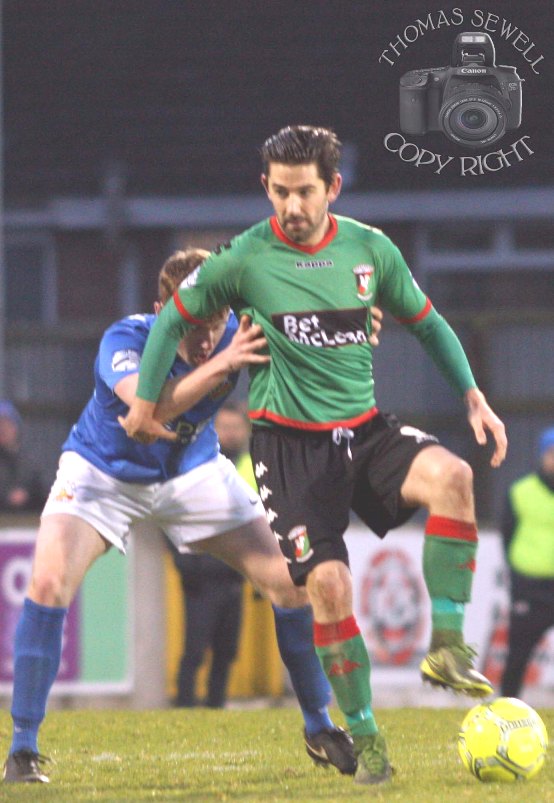 All in all a satisfying point for the Glens at a difficult place to go, and had a couple of refereeing decisions gone their way they could've been coming home with two more points. However it's on to the next one for Haveron and his men, who host Ards at the Oval next Saturday. 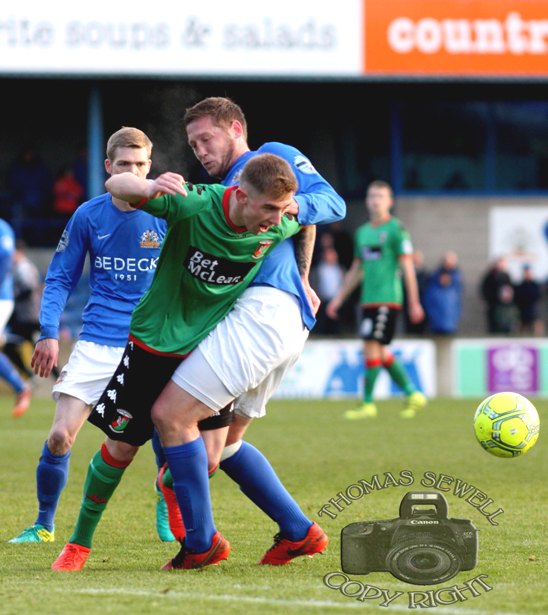 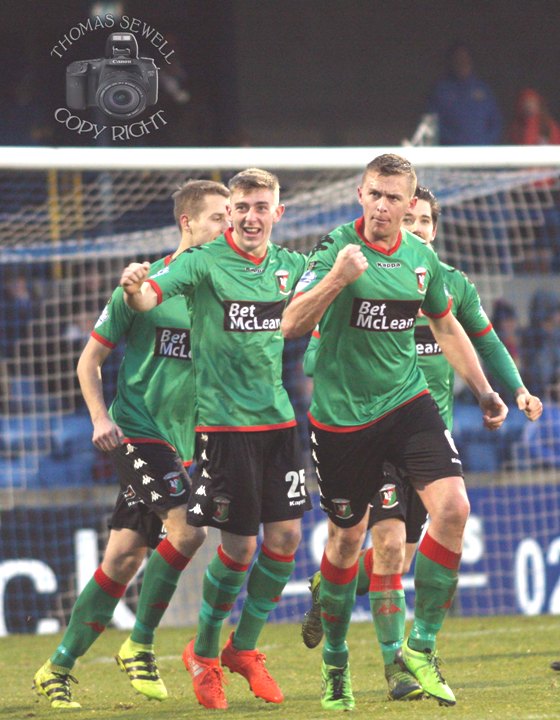