At the weekend’s Sadler’s Peaky Blinder Irish Cup win over Crusaders, we were visited by the most powerful person in world football, FIFA President Gianni Infantino.

Mr Infantino Was in Belfast for the annual meeting of the International Football Association Board, the body responsible for the determination of the Laws of Football. He Was joined at our match by IFA President David Martin and IFA Chief Executive Patrick Nelson. Also welcomed were senior officials of the Scottish and Welsh Football Associations. 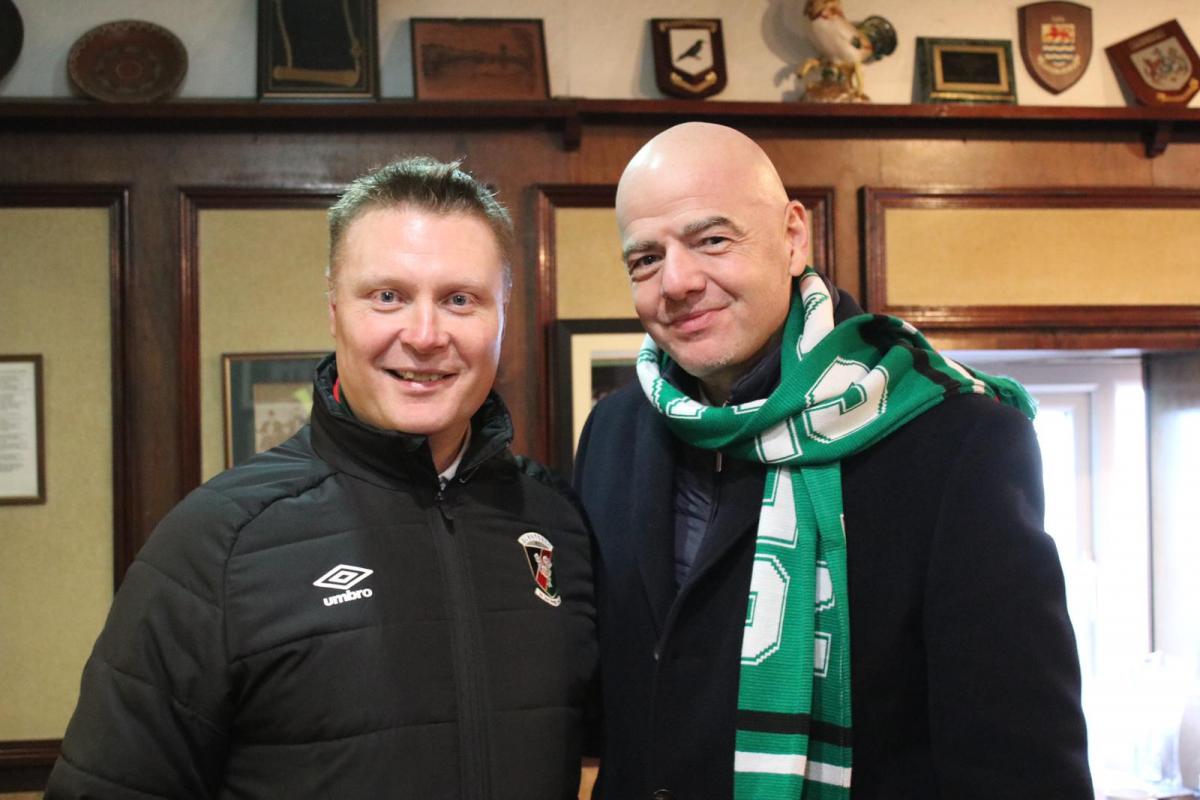 During his visit Mr Infantino received a tour of the Boardroom and trophy cabinet from Glentoran Chairman Stephen Henderson, was presented with a copy of Sam Robinson's definitive history of the stadium by Commercial Manager Simon Wallace, and had a chat with the two most successful Glentoran managers in the club's history, Roy Coyle and Tommy Jackson. 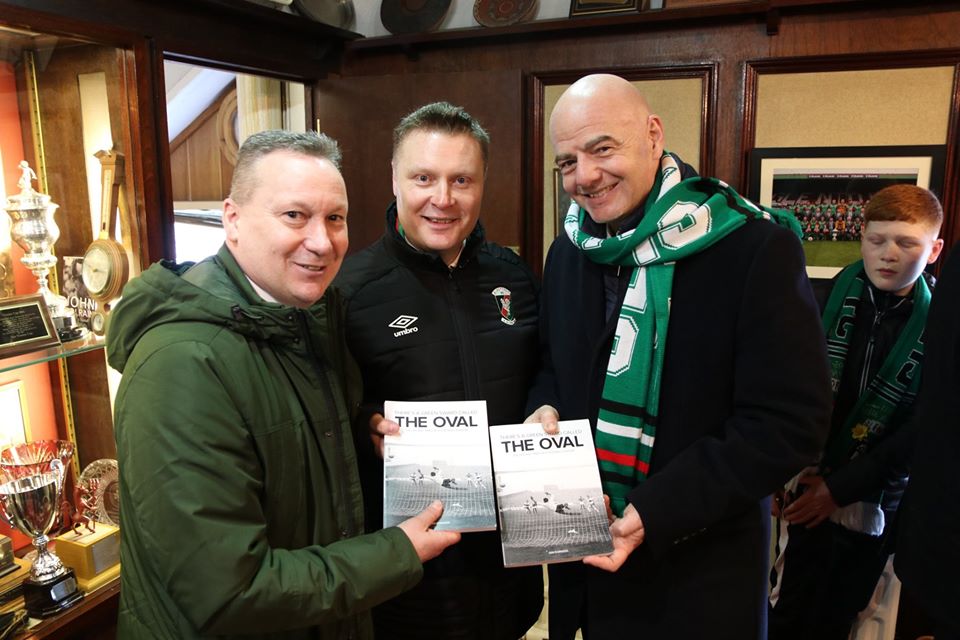 In his keynote speech at the IFAB meeting, Mr Infantino spoke very warmly of his visit to East Belfast:

“In all our deliberations we need to consider the fans, who are the lifeblood of the game.

I had the pleasure to visit in Belfast on Saturday, the Quarter Final of the Irish FA Cup between Glentoran and Crusaders. It was freezing cold, but there were a few thousand people watching this game and supporting their team.

These are the true core football fans and we have to work for them and offer to them what they want to see and of course, if possible, a little more.” 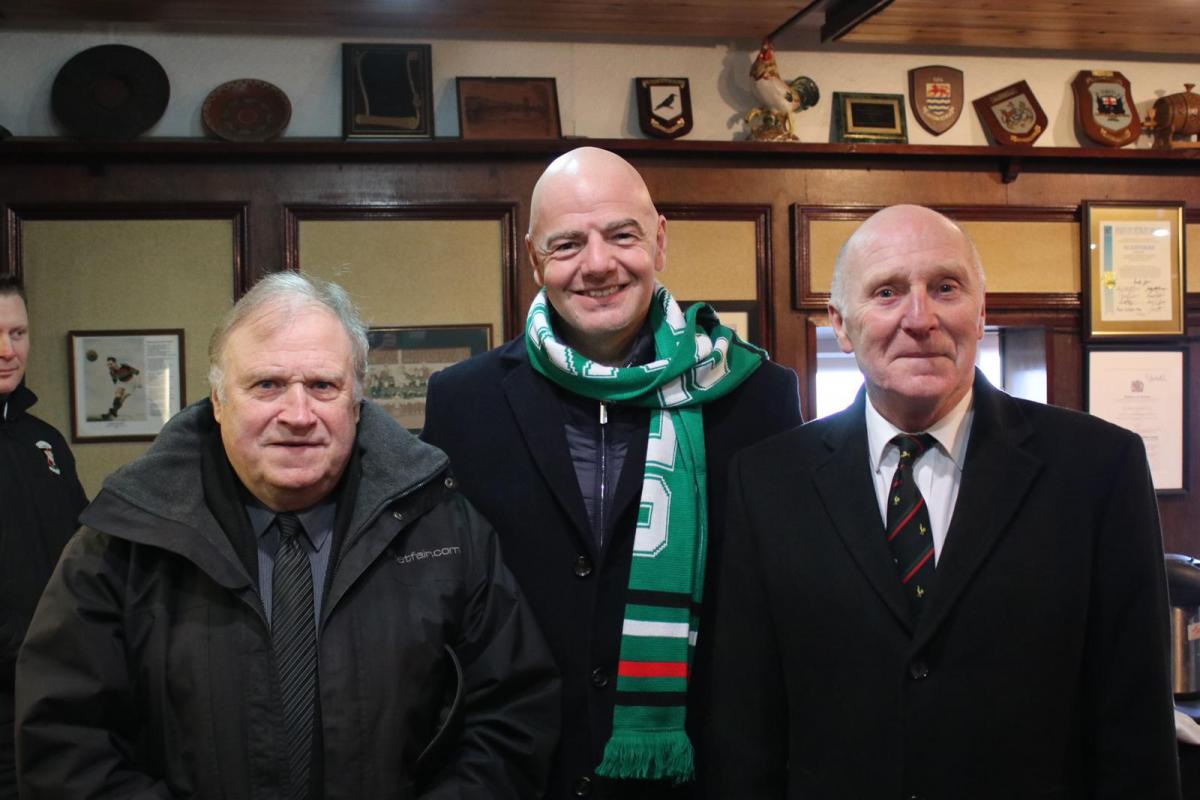