Extension and Testimonial for Skipper Moko

Glentoran FC is delighted to announce that our captain, Marcus Kane has signed an extension to his current contract. That means Marcus is now committed to Glentoran until the end of the 2022/23 season at least.

As tghe current season is Marcus' tenth with Glentoran, the club has also granted him a much deserved testimonial year. The Testimonial Committee will be chaired by Superstore Manager and GFC1882 Director Ruth McCreery. We know this will be a very popular testimonial so there will be full details of how supporters can help Marcus and Ruth announced here shortly.

Moko is a much loved character around the Bet McLean Oval, both on and off the pitch. Since joining the Glens in July 2012 he has played 327 games, scored 30 goals (including the cup semi-final winner as sub in his first season) and won three Irish Cup medals with the club. Supporters and club officials alike appreciate and respect the absolute loyalty he showed to Glentoran during a very tough time, resolutely remaining at the club when many others jumped ship and how this has been appreciated by supporters. This commitment was recognised when he was appointed captain in summer 2017 when the club was at a low eb, and during his four seasons as skipper so far, he has led his teammates both on the pitch and in the changing room as the club has rebuilt and regained its status as one of the giants of Irish football. The photograph of an exhausted Moko with the Sadler’s Peaky Blinders Irish Cup in July 2020 has quickly become one of the most iconic in Glentoran’s illustrious history. 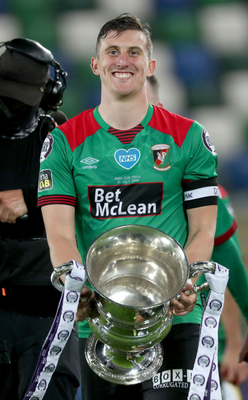 Marcus said to www.glentoran.com on signing his contract: " I’m absolutely delighted to have signed a one-year extension and very humbled that the club has granted me a testimonial year. I’ve been at Glentoran now for nine years and have enjoyed every minute. I always look to represent the club as best I can on and off the pitch. I am looking forward to my testimonial year and I hope the fans are too. I’ve been lucky to experience Elliott’s and Jason Hill’s testimonial years which were both exceptional. I hope this extension is one of many over the next few years as I feel I’ve so much more to give to our great club. COYG”

Mick McDermott: “Marcus has played a big part in our rebuild over the past 2 seasons. This combined with his loyalty during some hard years have earned him this contract extension.  We have a massive opportunity to create something special here at Glentoran FC over this and future seasons and I know Marcus is hungry to be part of that journey. With that hunger, sacrifice and a commitment to high standards we all know that his Testimonial season will be a very enjoyable one.……..To the Future” 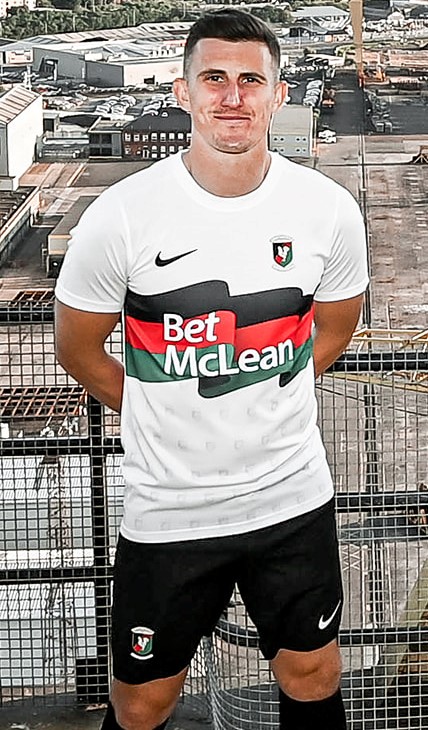