Following the disappointment of last week's result at Ballinamallard, the travelling faithful once again made the journey west on the M1 in the optimistic hope of not only remaining in contention for 7th place and a European play off spot, but also to see a marked improvement in passion and performance.

Club captain Stephen McAlorum and the returning Eric Foley started in the centre of midfield, with Jonny Addis filling the centre back position and allowing James Ferrin to replace the injured Tiarnan McAuley at right back. 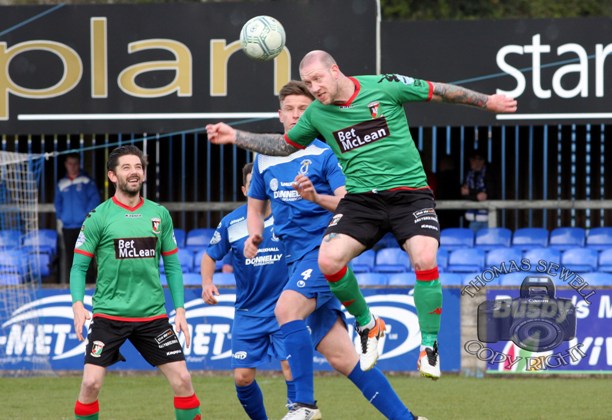 The match kicked off in brilliant sunshine, a good day for football even if the dry pitch was a bit bumpy.

It was the Glens who started the stronger team with O’Flynn being the first to test the Swifts defence. The striker pounced on a cross from Delaney, with the shot however going high and wide. This was followed up in the 14th minute when Curtis Allen evaded the off side trap and was through on goal. Addis, the Dungannon keeper, was however quickly off his line and smothered the opportunity.

The much anticipated breakthrough came in the 28th minute when the ever busy Curtis Allen broke down the right wing. The No.9 whipped in a vicious cross and, with O’Flynn closing in, Fra Brennan’s attempted clearance resulted in his header leaving his own keeper with no chance of keeping the ball out of the net. Maybe this was the little bit of luck that the Glens needed to change their fortunes and push on for a convincing win. 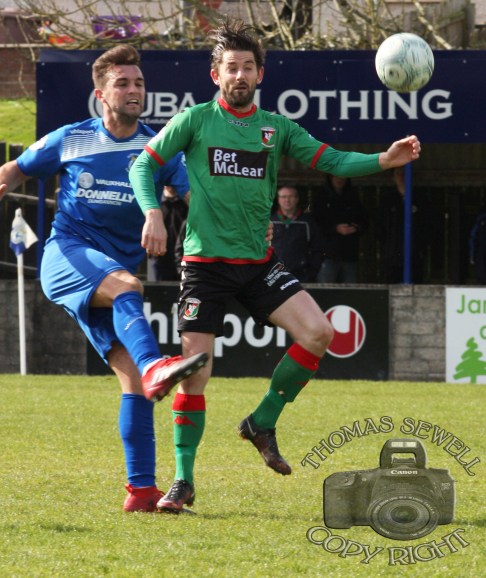 The Glens continued to push forward and at this stage of the match the Dungannon defence appeared hesitant and guilty of several mistakes. It was not all one way traffic during the remainder of the half. Jonny Addis fouled Burke in a dangerous position, with the resultant free kick from Wilson skimming over the bar.

On the mark of half time, Curtis Allen and Hearty had a disagreement following an incident on the by line, with both players subsequently receiving a yellow card. 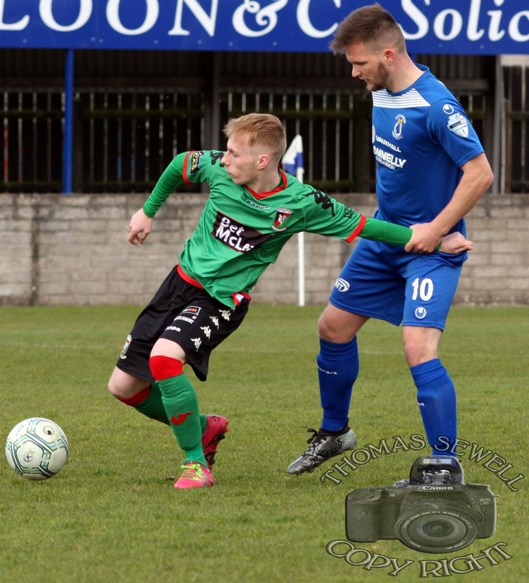 After 45 minutes everything appeared on track for a satisfactory journey back down the M1. However, if there was ever a game of two halves, a common theme throughout this season for Glentoran, this was it.

The second half started with the Swifts appearing a rejuvenated and inspired team. They started to attack the Glentoran defence with individual runs at pace on the ground leading to a series of corners. Although the Glens did have some moments of positive play, they failed to cause the Dungannon keeper any real problems. In contrast, Elliott Morris had to be at his best after the Glens once again failed to clear their lines properly, with the keeper forced to deflect Burke's powerful shot just over the bar. 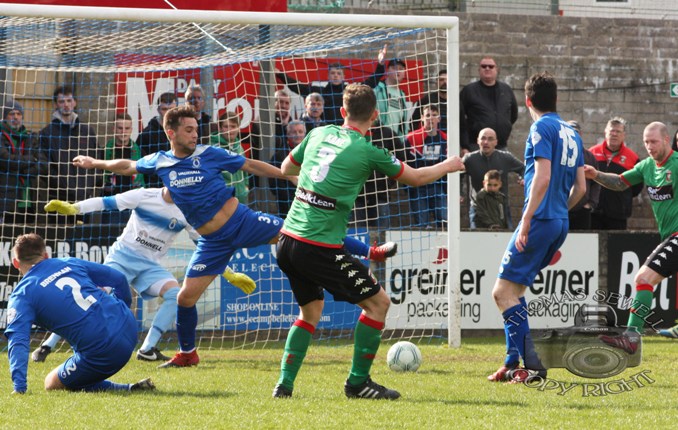 Aaron Harmon replaced Delaney in the midfield, with the best Glens chance following shortly afterwards. The ball found O’Flynn in the penalty box, where the big striker turned on his marker, with his powerful shot rattling the top of the crossbar.

Stevie Gordon replaced Eric Foley in midfield with Foley suffering from a tight hamstring. Immediately afterwards, a Taggart taken Dungannon corner was found by Hegarty in the crowed goal mouth. This was headed into the back of the Glentoran net for what on the balance of play was a deserved equaliser.

After this, play became scrappy with Harmon picking up what appeared to be a serious injury. Let us all hope that it is not as bad as initial impressions. 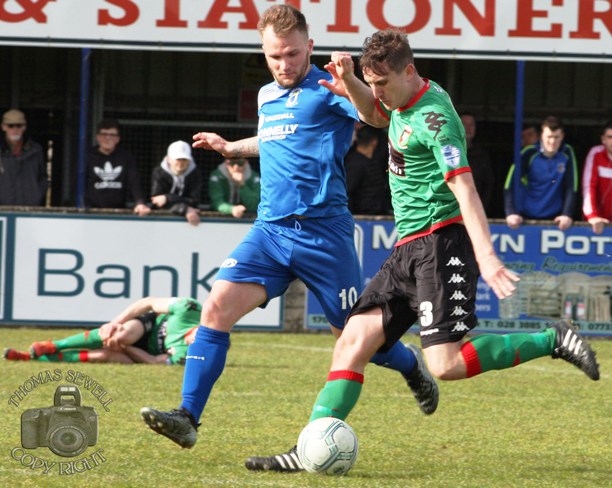 Play had only just restarted when Gordon went up for a ball in the Dungannon box.  The defender appeared to go up for the challenge, with his elbow clearly leading and catching the Glentoran No.22 on the side of the face. The referee bizarrely decided that no offence had taken place and waved play on. Gordon suffered a broken jaw in the incident and along with Harmon, will miss the remainder of the season.

in the 89th minute, further disaster was heaped upon the Glens. The problematic Glackin was left again with far too much room in the danger zone. The Swifts player looked up, picked his spot and placed the ball into the top right hand corner of the Glentoran net, for what must be credited as a great goal. 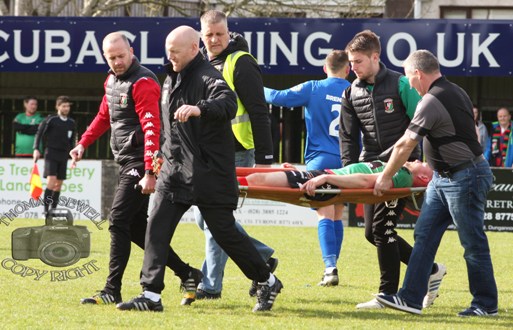 Due to Harmon's serious injury, the 4th official added an extra 5 minutes, and it was only during this period that Glentoran showed some urgency which culminated in Elliot Morris heading just wide before the ref blew the final whistle.

So yet again, it was a return journey to Belfast with no points in the bag. Another must win match has gone begging. Our destiny is now no longer in our own hands with no other possibilities left to us in this woeful season.

Subs: Harmon for Delaney, Gordon for Foley and Smith for Harmon.