Early goals from Curtis Allen and Calum Birney gave the Glens all 3 points in their Saturday evening Danske Bank Premiership game at Dungannon. Ross Redman and Dylan Davidson were back in the squad following inkuries; Redman at left back and Davidson named amongst the substitutes. Missing from last weekend's defeat to Cliftonville was John McGuigan who is awaiting a scan on his knee injury. 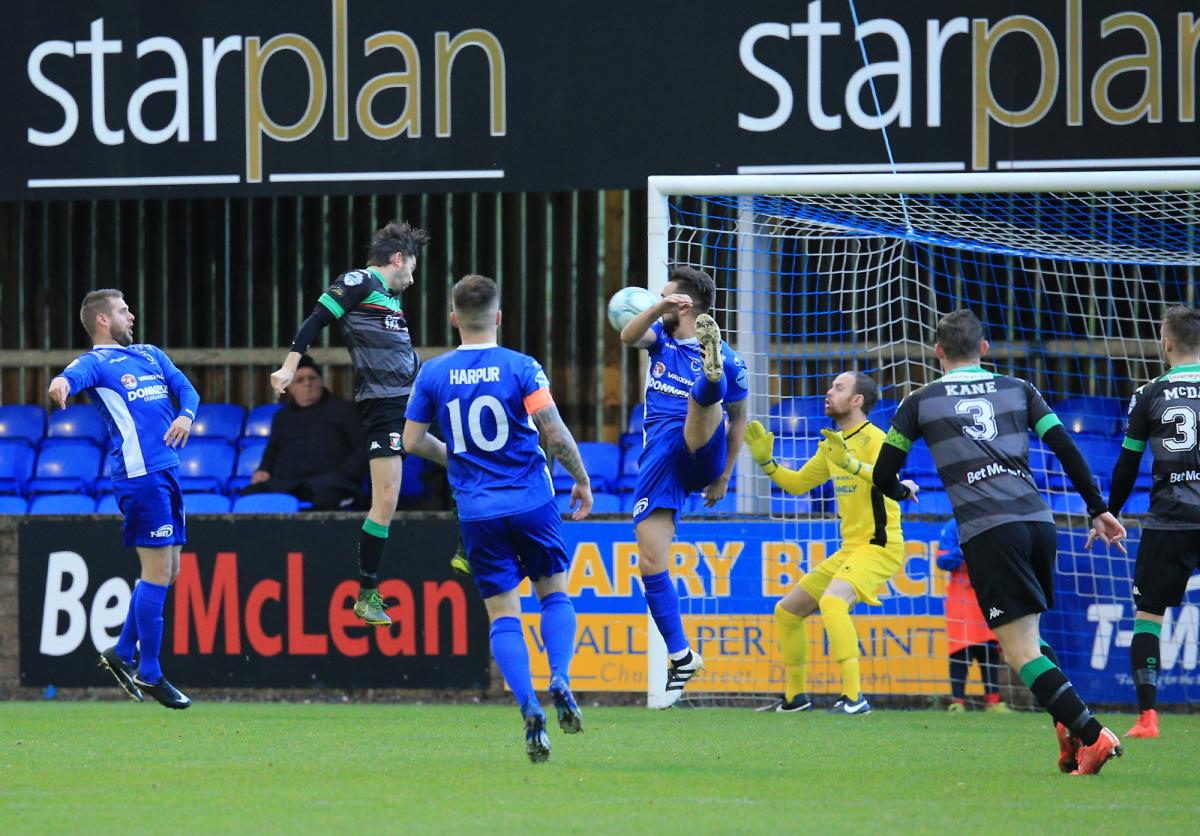 The Glens were quickly out of the blocks and following an early corner the ball fell to Dan Kelly just outsside the penalty area. Kelly swept it out to Nathan Kerr on the right touchline and the young right back delivered a superb cross to the back post which was gleefully nodded home by Curtis Allen for his 7th goal of the season. A couple of minutes later we almost had a repeat but this time Kerr's cross had just too much on it. 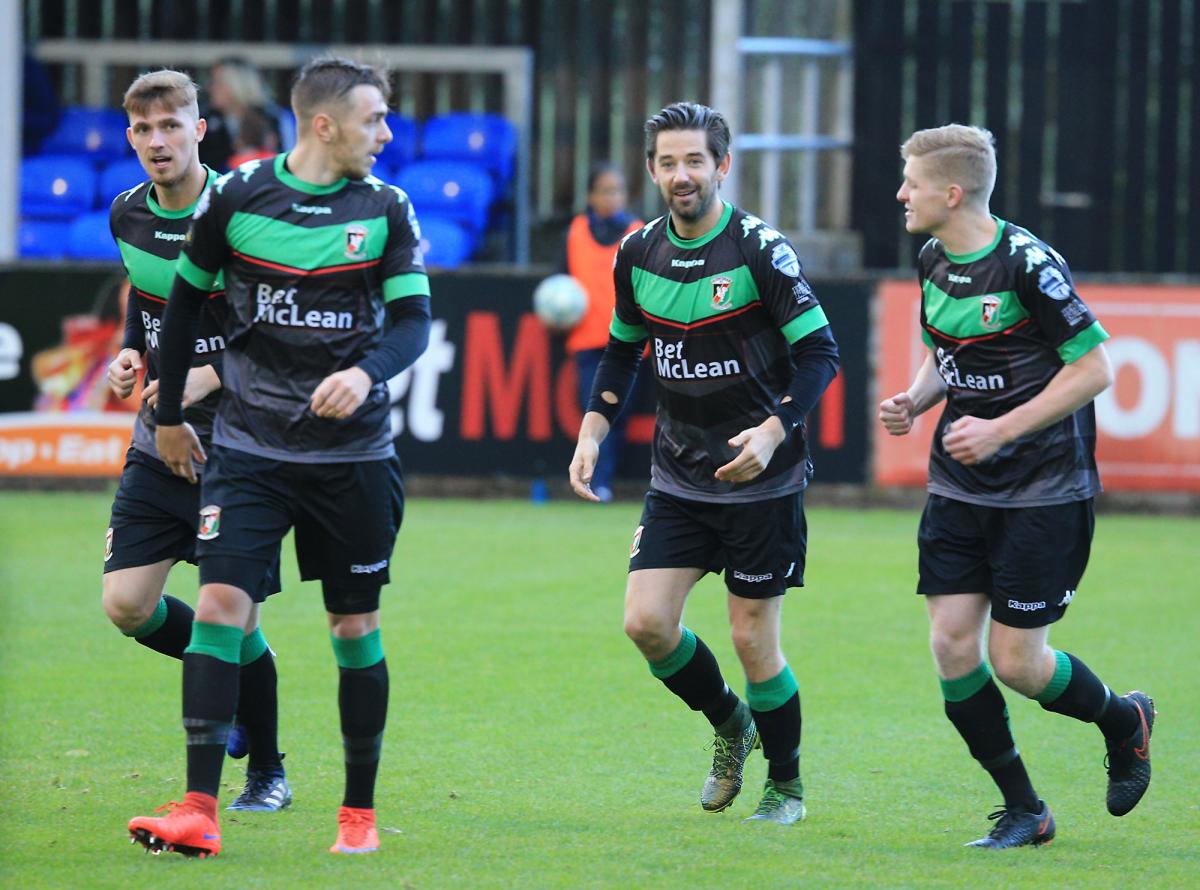 On 10 minutes the Glens doubled their lead. Allen was fouled out on the left, just outside the 18 yard box. Whilst Allen was off receiving treatment, Redman took the set piece, swinging the ball into the danger area. Kelly jumped highest and won the ball. It fell at the feet of Calum Birney and the big central defender got off the mark for the season, driving the ball into the corner from inside the 6-yard box. The Glens were dominant at this stage and Allen almost picked out Robbie McDaid on 12 minutes. 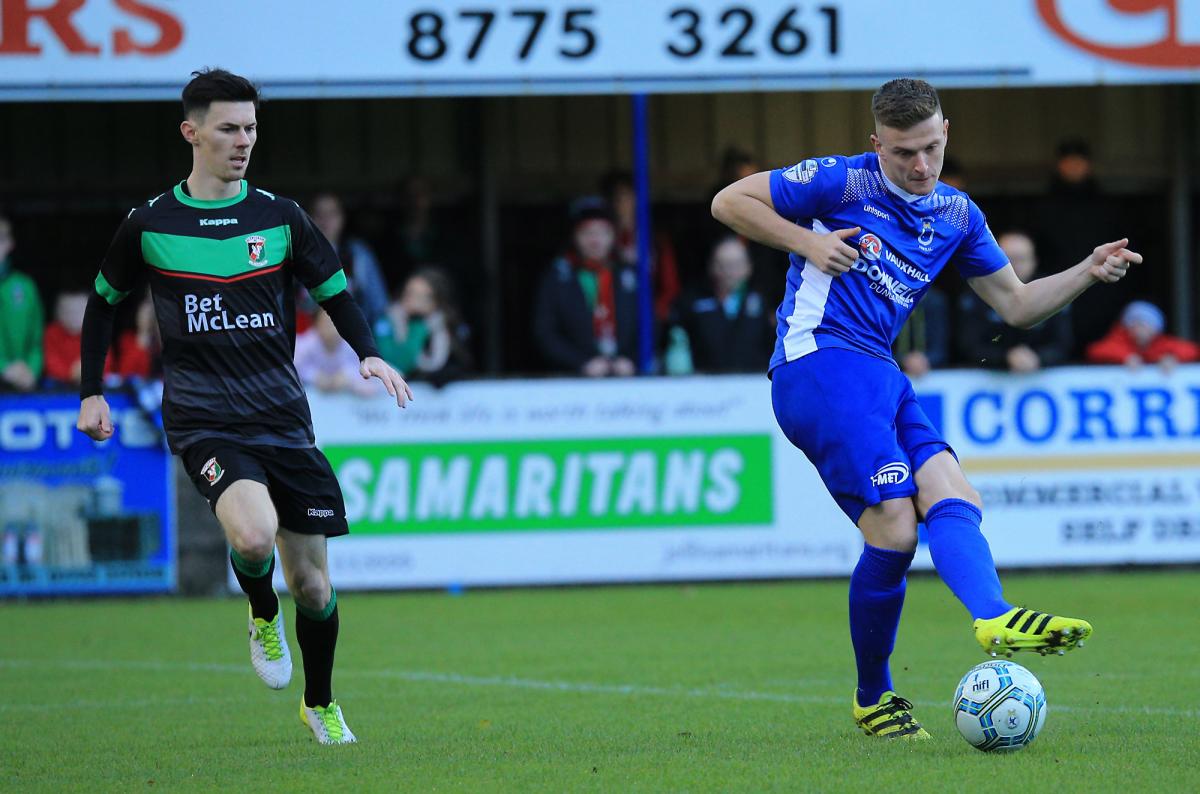 20 minutes in and yet another chance for the visitors. This time it was Eoghan McCawl picking out Curtis allen in the box. Allen drove the ball low and hard towards the near post but Stuart Addis got down well to make the save. Moments later skipper Marcus Kane tried his luck from range but this time Addis wasn't tested. Jarleth O'Rourke then had a chance for the Swifts but the excellent Nathan Kerr did really well to block his shot. O'Rourke then picked out Ryan Mayse in the area but his header was well kept out by Elliott Morris. 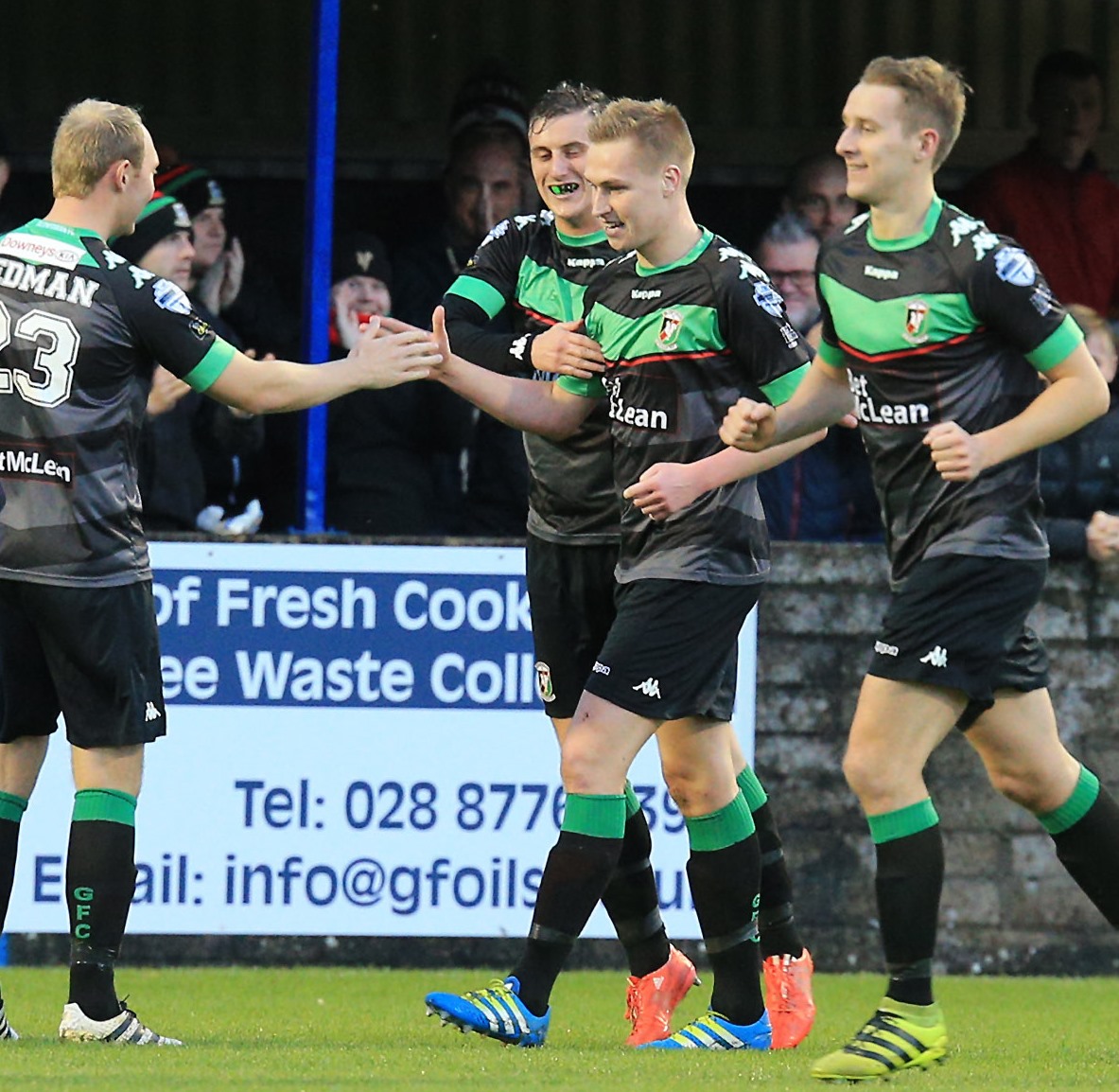 From the resulting corner Nathan Kerr was forced to head off the line as the Swifts pushed hard to try and get back into the game. Paul McElroy's dangers cross shot was well defended by Jonny Addis and then Alan Teggart forced a corner with an effort from around 20 yards. 5 minutes from the break Marcus Kane won a high ball, heading on to Curtis Allen. It was a great opportunity to make it 3-nil and virtually end the game as a contest but Allen didn't connect properly and Stuart Addis was able to keep it out. Allen went close again in first half stoppage time but his superb shot on the turn was blocked and then cleared. 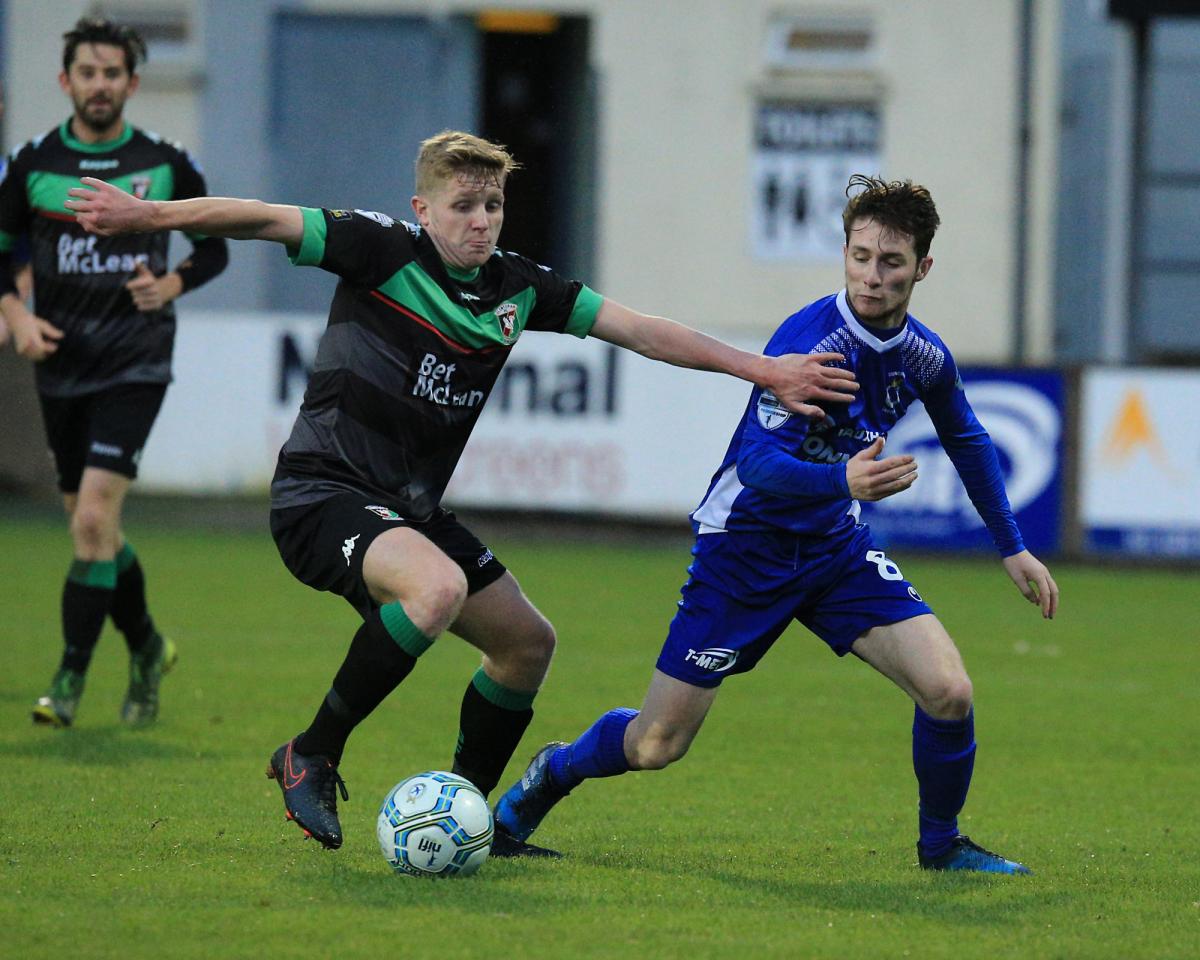 As the weather worsened at the start of the second half, both sides struggled to create any clear openings. 6 minutes after the break, Ryan Mayse, frequently a thorn in Glentoran's side during his Ballinamallard Utd days, found himself in space 20 yards from goal but he fired high and wide. On 54 minutes the game should have been put to bed. Curtis Allen did superbly to nick the ball from Douglas Wilson and he threaded an excellent pass through to Robbie McDaid. Stuart Addis was quickly off his line though and saved with his legs to deny McDaid. 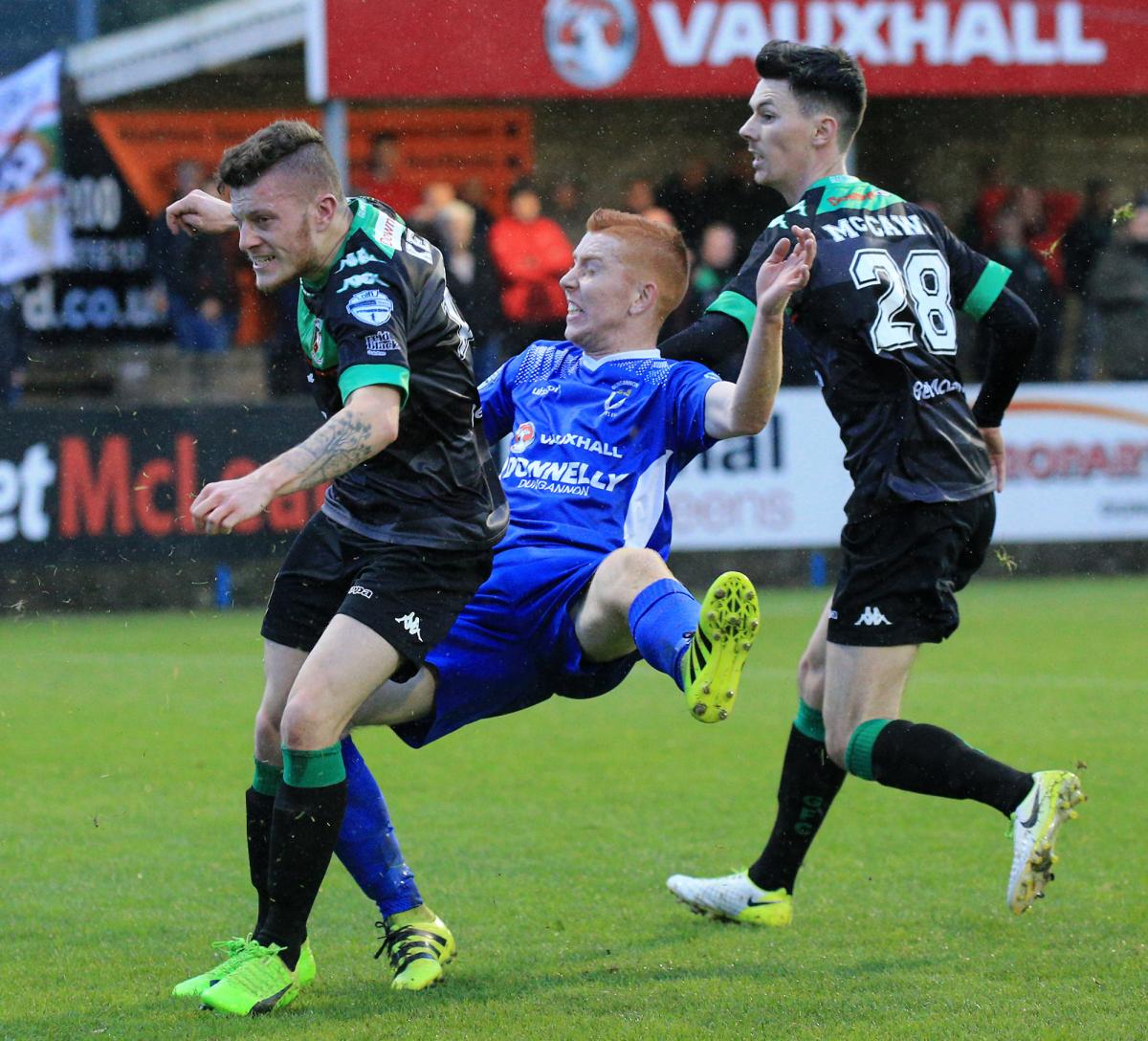 Dan Kelly's cross was headed wide by Curtis Allen before substitute, Tiarnan McNicholl created yet another chance for the Glentoran number 9. Allen's goalbound shot was turned past the post by the Swifts keeper but referee, Hetherington awarded a goal kick. In stoppage time there was one more opportunity for the Glens. Again McNicholl was the provider, this time setting up fellow substitute, James Knowles. It was a difficult chance for Knowles but from a tight angle, he forced another fine save from Addis. 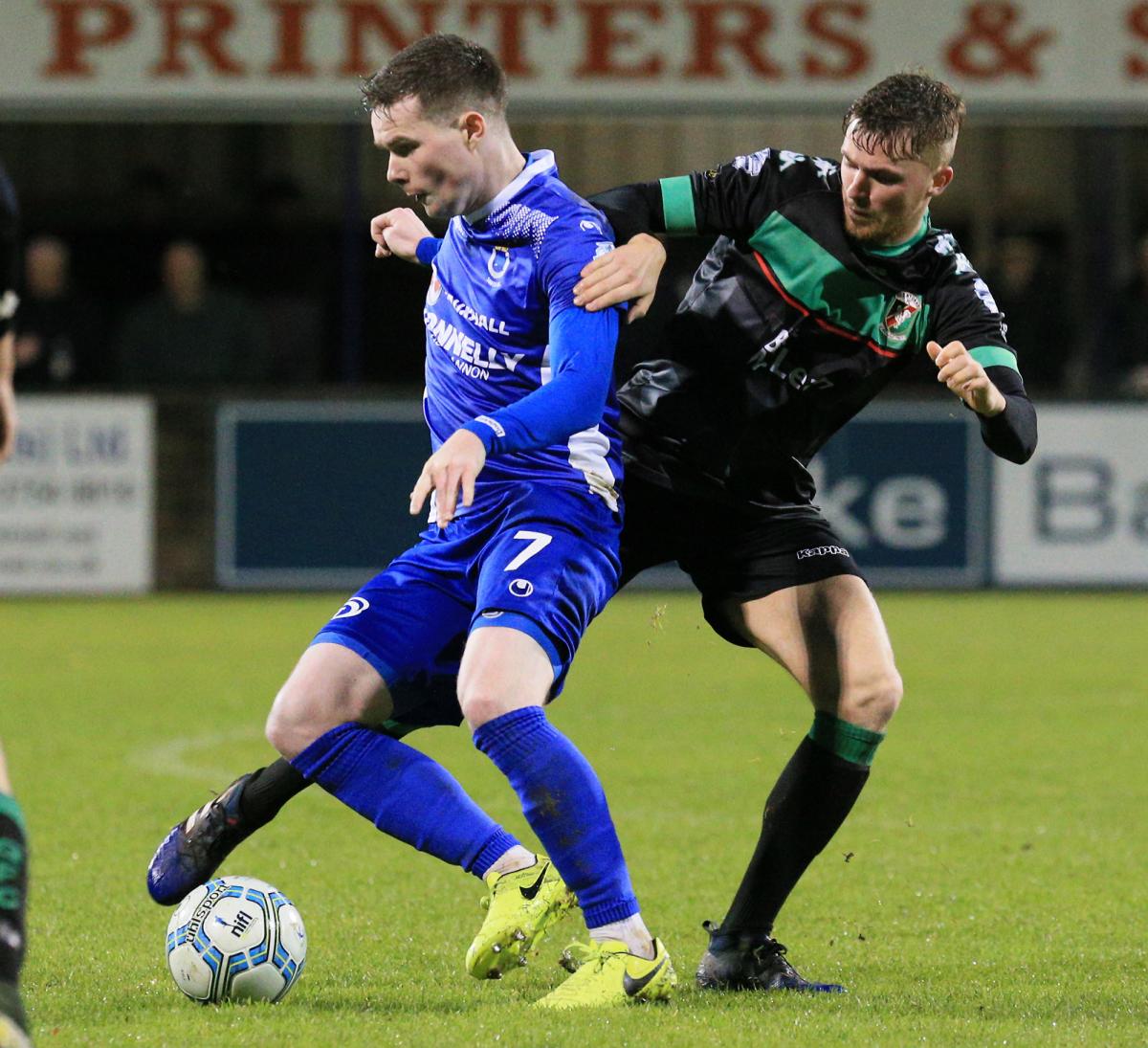 Next up for the Glens is a trip to the Ballymena Showgrounds on Tuesday night, looking for a win which would book them a place in the semi final of the Toals Co Antrim Shield. Taht is followed next weekend with a trip to league leaders, Coleraine. The Glens are the only team to take a point from the Bannsiders this season and will be looking to at least repeat that feat in a week's time. 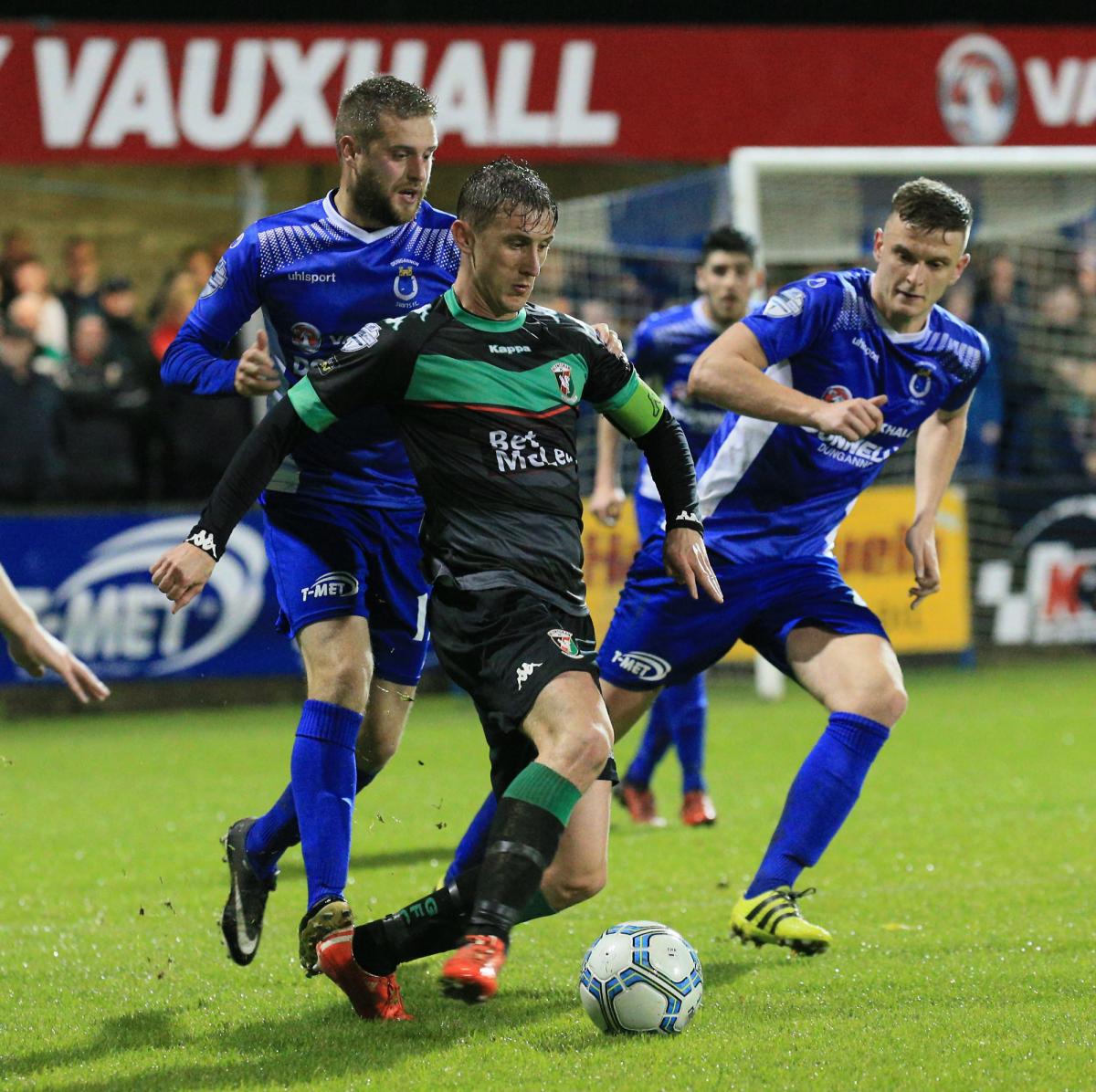 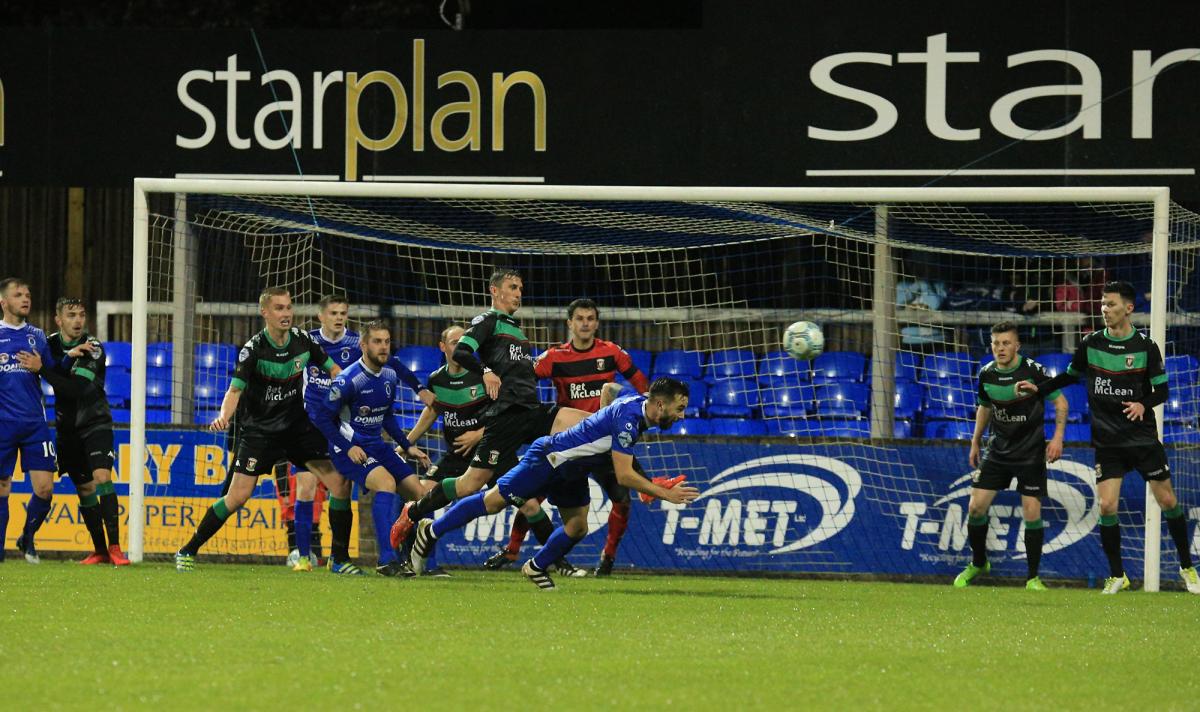