The Stangmore Park ground passed an 11am pitch inspection but the 90+ minutes of this afternoon's Danske Bank Premiership game won't live long in the memory. 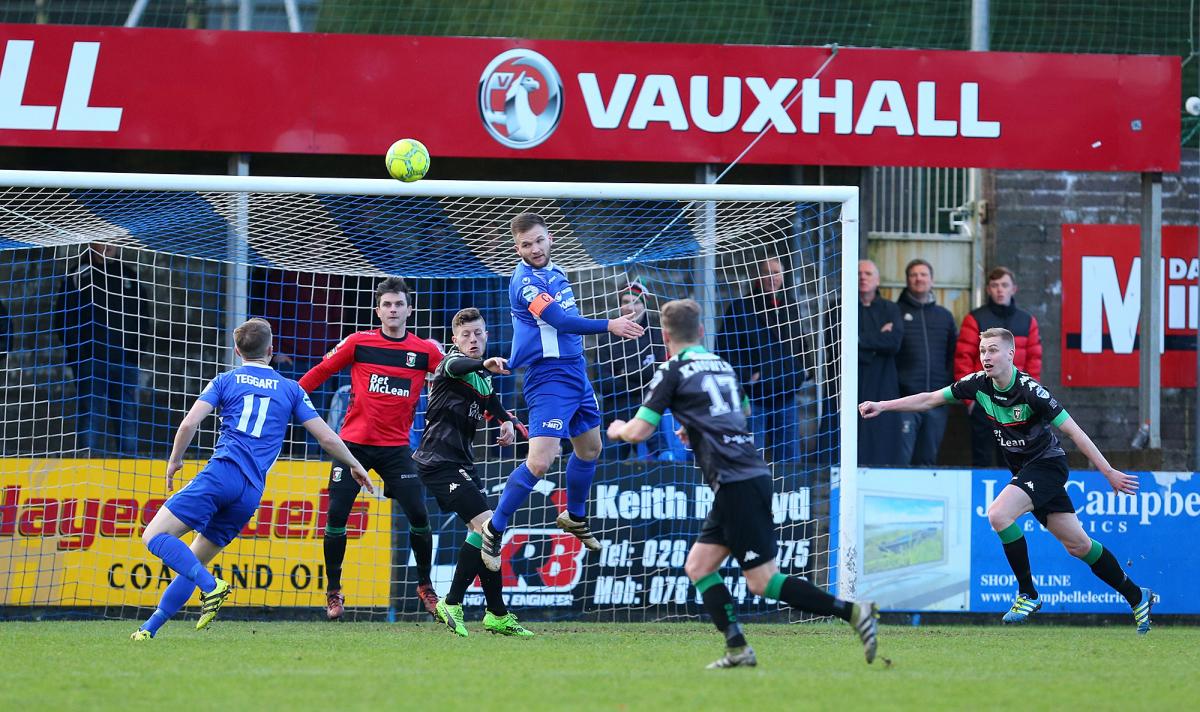 A decent crowd made the 40 mile trip down the M1, still in good spirits after the Boxing Day win over Linfield. Gary Haveron made a couple of changes to the starting line up with Jonny Addis returning following a one-game suspension and Eric Foley starting just behind the lone striker, Curtis Allen. Jonathan Smith dropped the bench for the Glens whilst Dylan Davidson was suspended following his harsh Boxing Day dismissal. 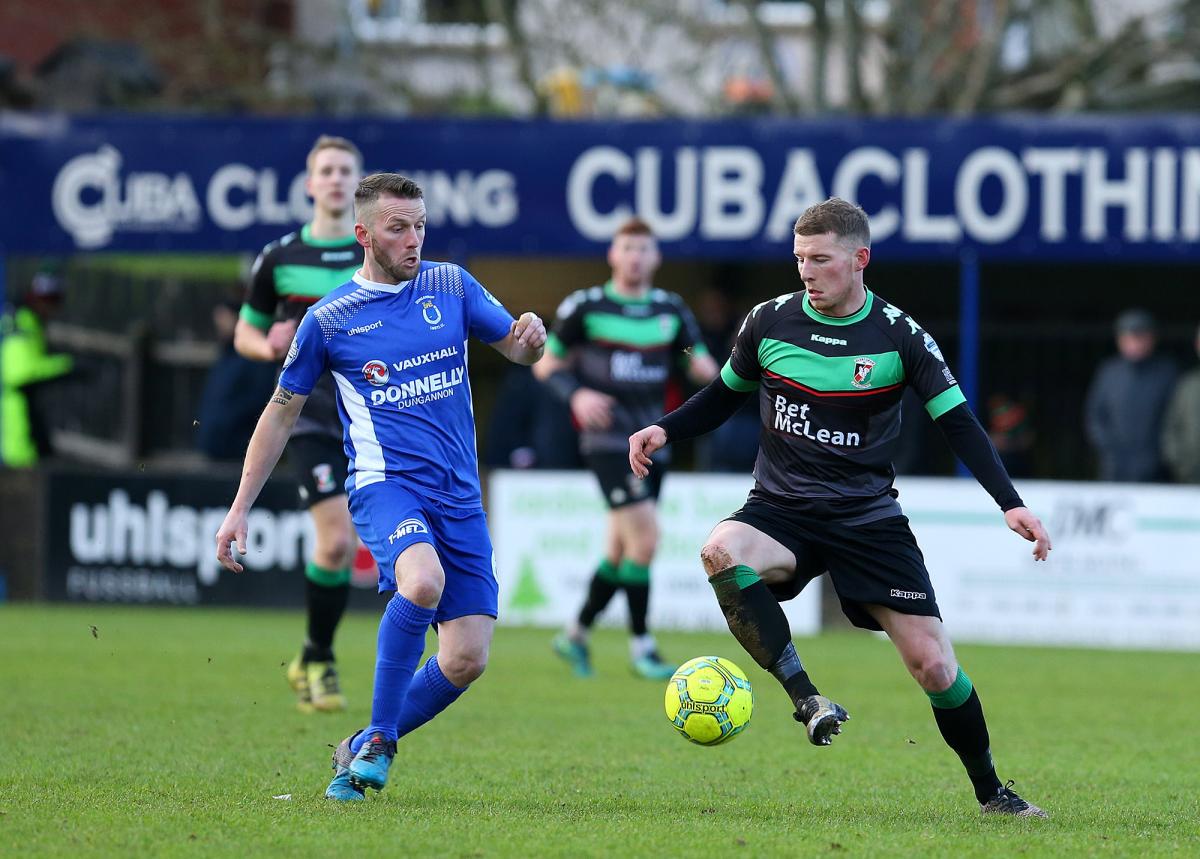 The home side started brightly forcing a couple of corners in the opening minute, both of which were well defended. With 6 minutes on the clock a mistake at the back from the Swifts let James Knowles in for a chance. He went down under a challenge but referee, Timothy Marshall waved away the Glens penalty claim. Following treatment, Knowles played just another 5 minutes before having to be replaced by Corey McMullan. Dungannon Swifts should have gone in front on 11 minutes. A cross from the far side saw Nathan Kerr left with two forwards at the back post. The ball broke to Alan Teggart but his tame shot was easily dealt with by Elliott Morris. The home side had another chance a few minutes later but Willie Garrett's block denied Terry Fitzpatrick. 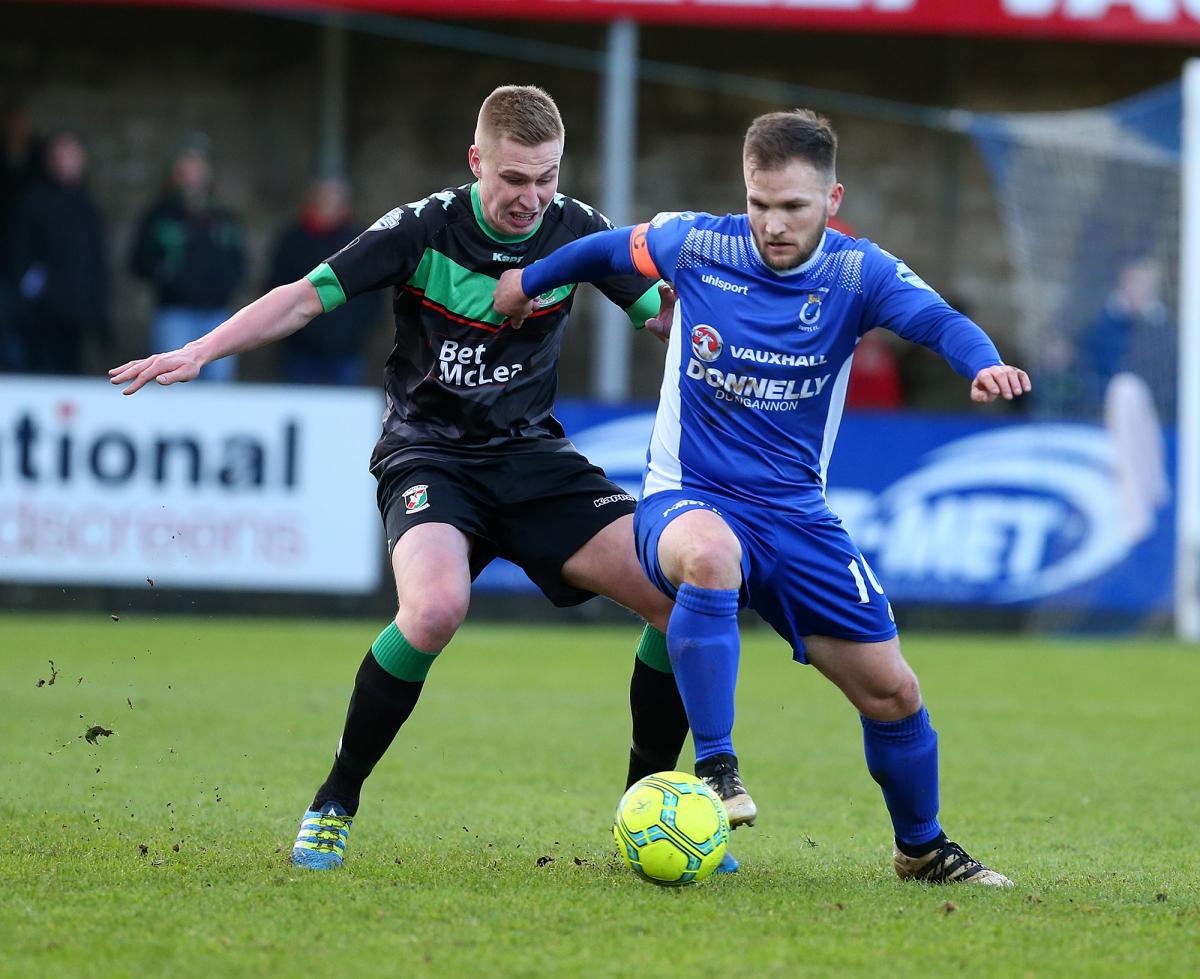 It took 34 minutes for Glentoran to register their first shot on target! Eric Foley tried his luck from around 30 yards but his dipping effort was just too high with keeper, Stuart Addis struggling to get near it. At the other end the Swifts had another chance through Ryan Mayse but again Garrett, who along with Calum Birney had another solid game, got across to make the block. As halftime approached, Jonny Addis, playing in an unaccustomed midfield role, intercepted well just inside the Dungannon half. His curling cross looked destined to pick out Curtis Allen in the area but was cut out at the last moment and cleared out of play. From the throw in the ball came Allen's way in the area but he was unable to get a decent touch and the ball went across the goal before being cleared. 2 minutes from the interval the home side were fortunate not to be reduced to 10 men when Terry Fitzpatrick, already yellow carded, committed yet another foul on Glentoran substitute, Corey McMullan. Referee Marshall took no action though the feeling around the ground was that had Fitzpatrick not already been cautioned then that foul would have been worthy of a yellow. 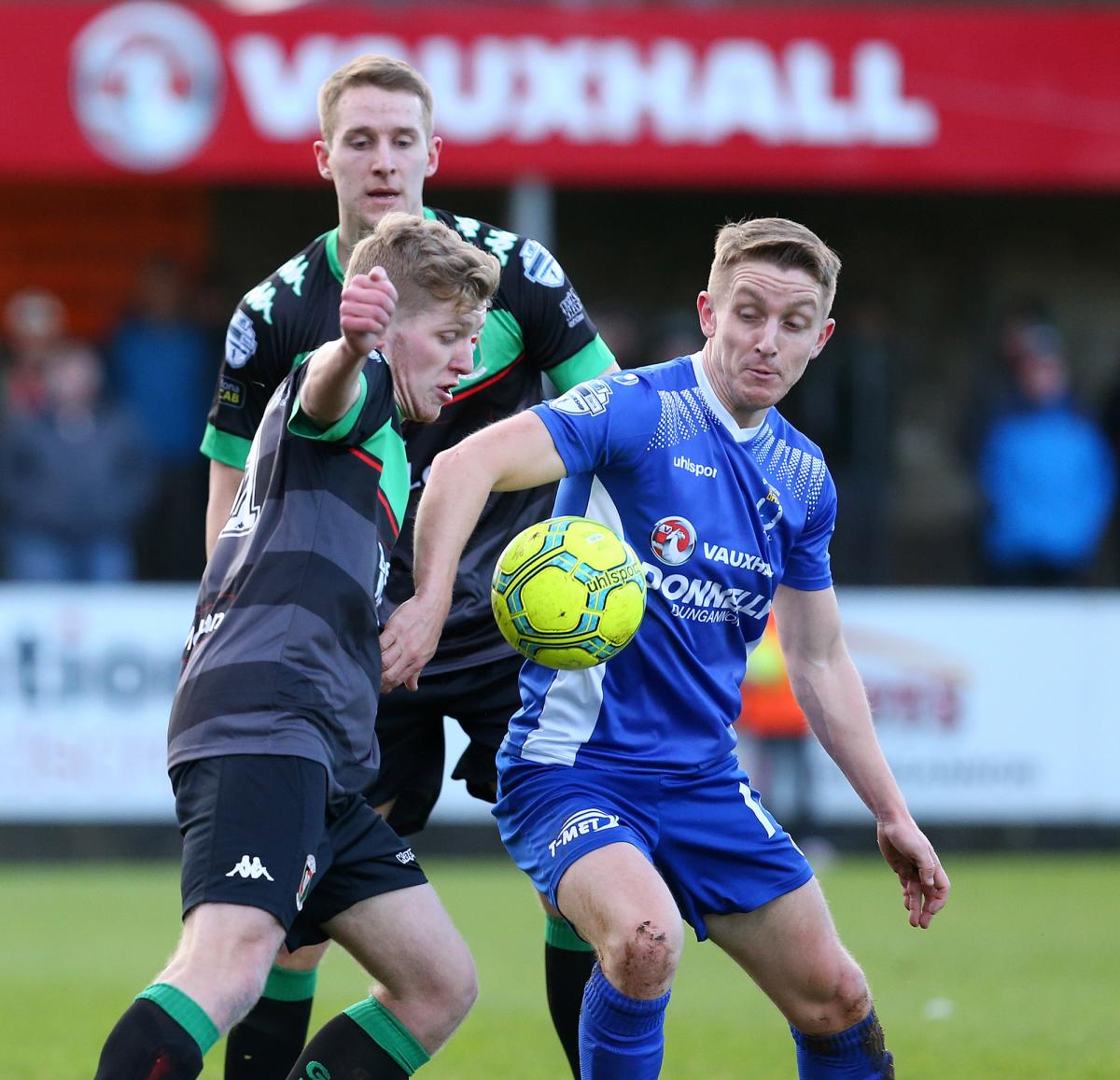 Following that challenge McMullan was unable to come out for the second half and was replaced with Robbie McDaid with Eric Foley moving to the right side of midfield. On 47 minutes skipper, Marcus Kane, found Foley on the edge of the area and he slipped a beautiful ball through to Curtis Allen. Allen dispatched it into the top corner of the net but the referee's assistant flagged for offside. The Glens, who had looked sluggish and devoid of any attacking ideas in the first half were much better in the second but still the chances were few and far between. Jarlath O'Rourke saw a 20 yard free kick fly way off target whilst just before the hour mark, Robbie McDaid almost broke the deadlock. McDaid used his pace and skill to beat 3 or 4 defenders and was unlucky to see his goalbound effort blocked. 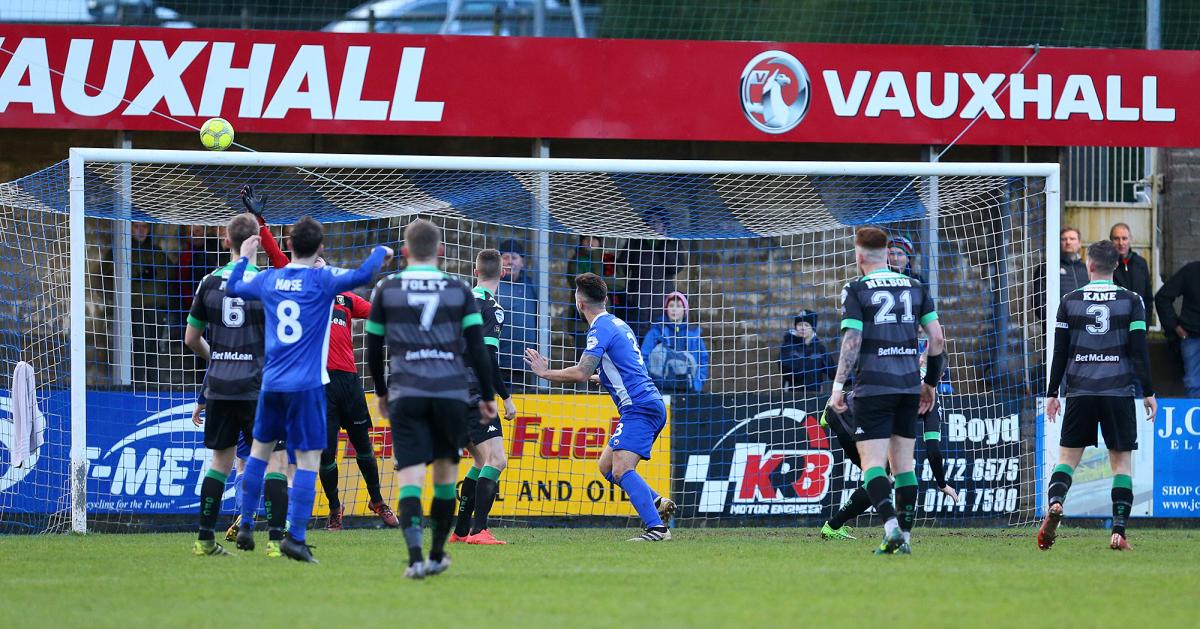 There was yet another poor foul by Dungannon's Fitzpatrick and on 63 minutes he was substituted with the Swifts bench fearing he would be sent off first! Paul McElroy's tame header was easily dealt with by Elliott Morris as the clock ticked down. At this stage you felt it was 'goal the winner' and following a neat one-two between Allen and McDaid, the Glentoran No.9 saw his curling effort go inches wide of the far post. In stoppage time Foley's right wing cross looked to pick out Allen in the 6-yard box but a last minute intervention denied Allen and the ball went out for a corner. In the final minute the Swifts almost snatched it when Peter McMahon's shot from the edge of the area struck the outside of the post. 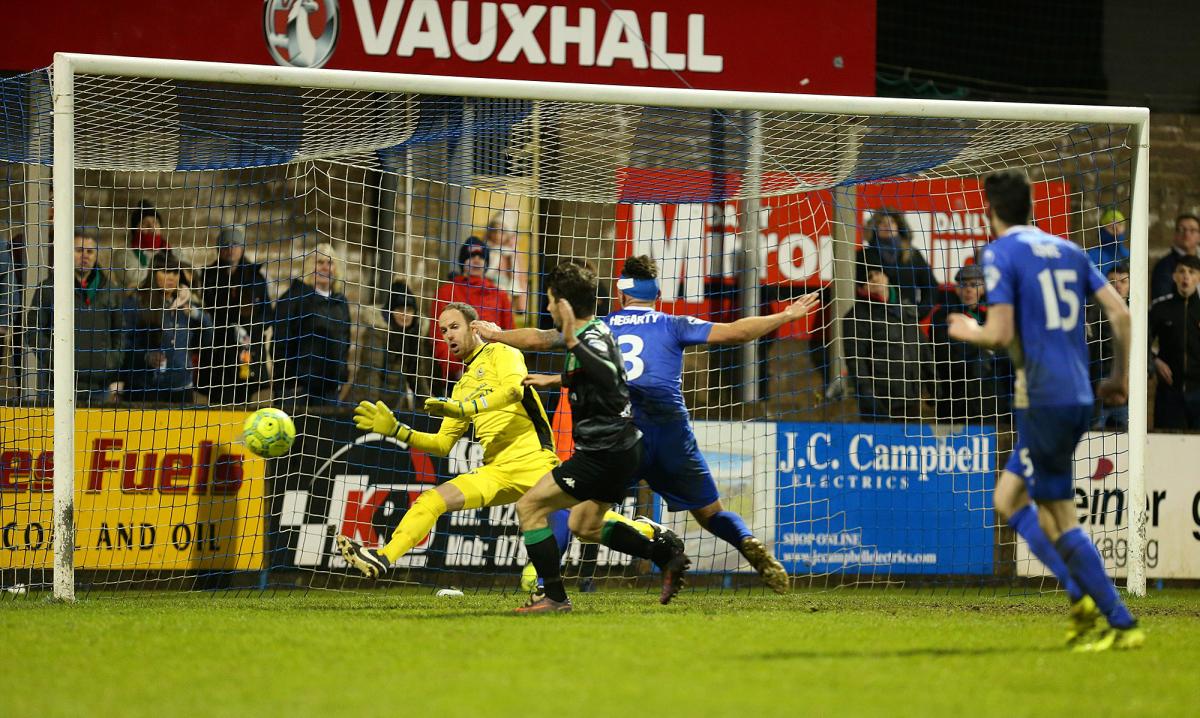 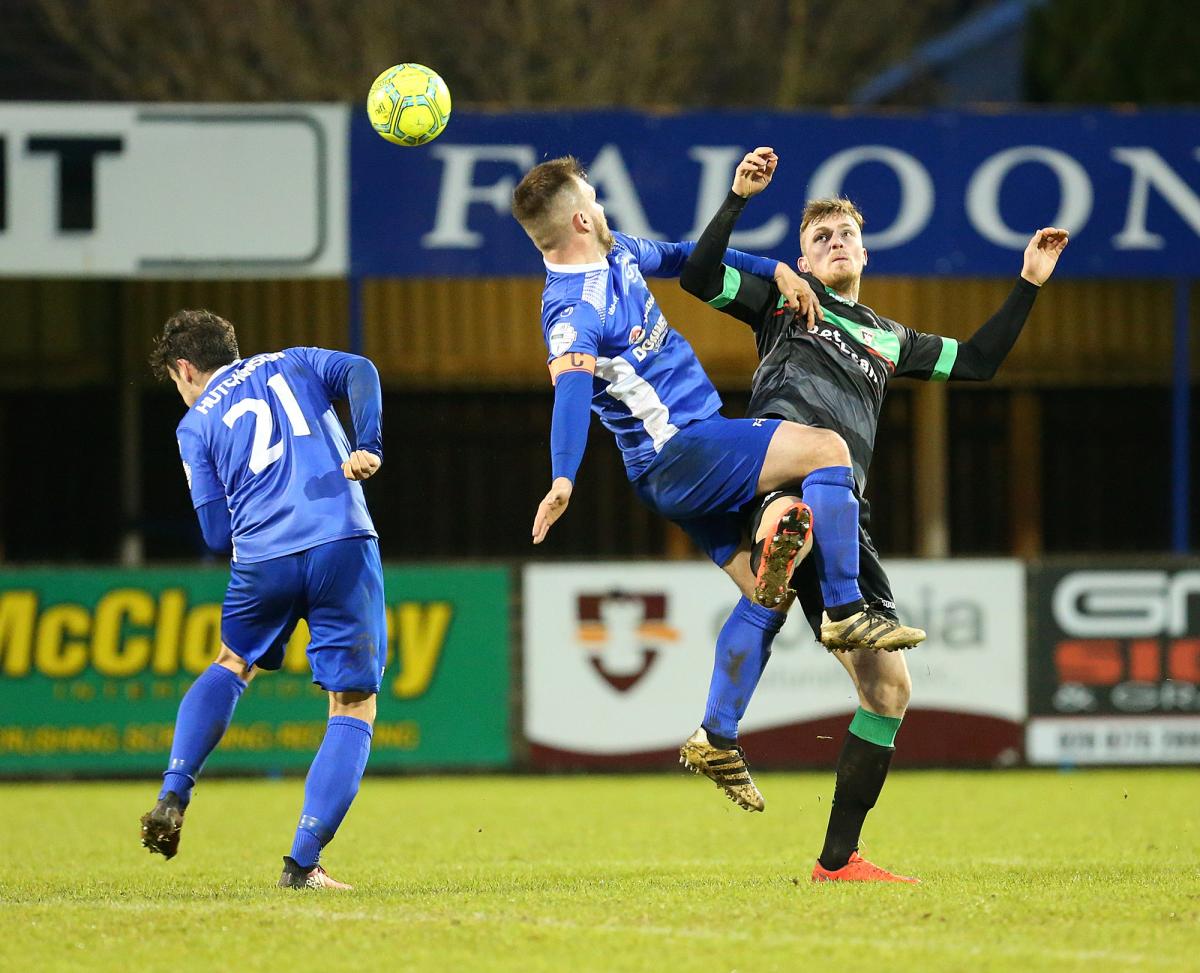 That draw, coupled with Ballymena United's 3-1 win over Glenavon, saw the Glens drop back to 7th in the table. Next up is a home fixture with Warrenpoint Town on Tuesday evening. A win is definitely required! 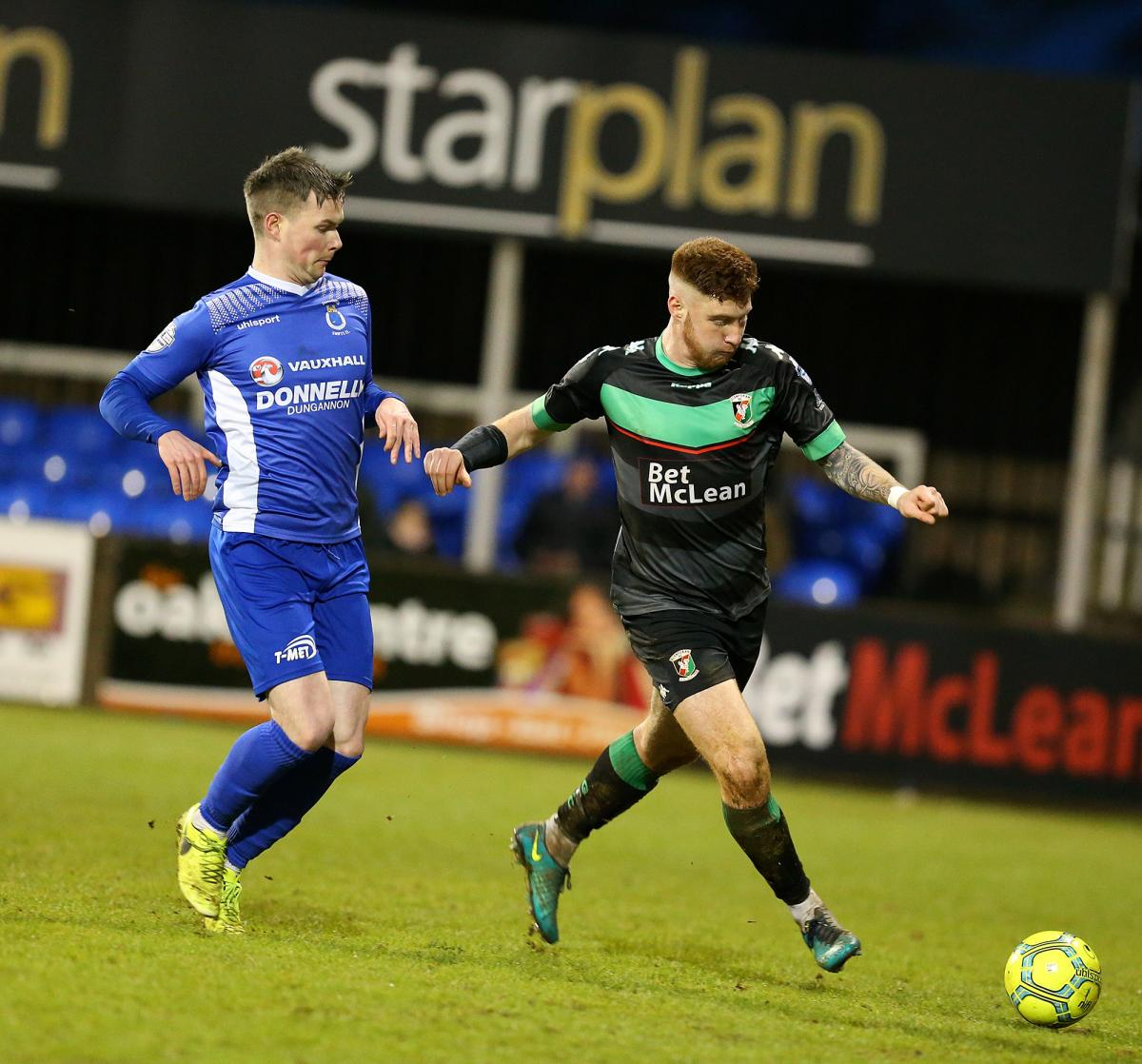 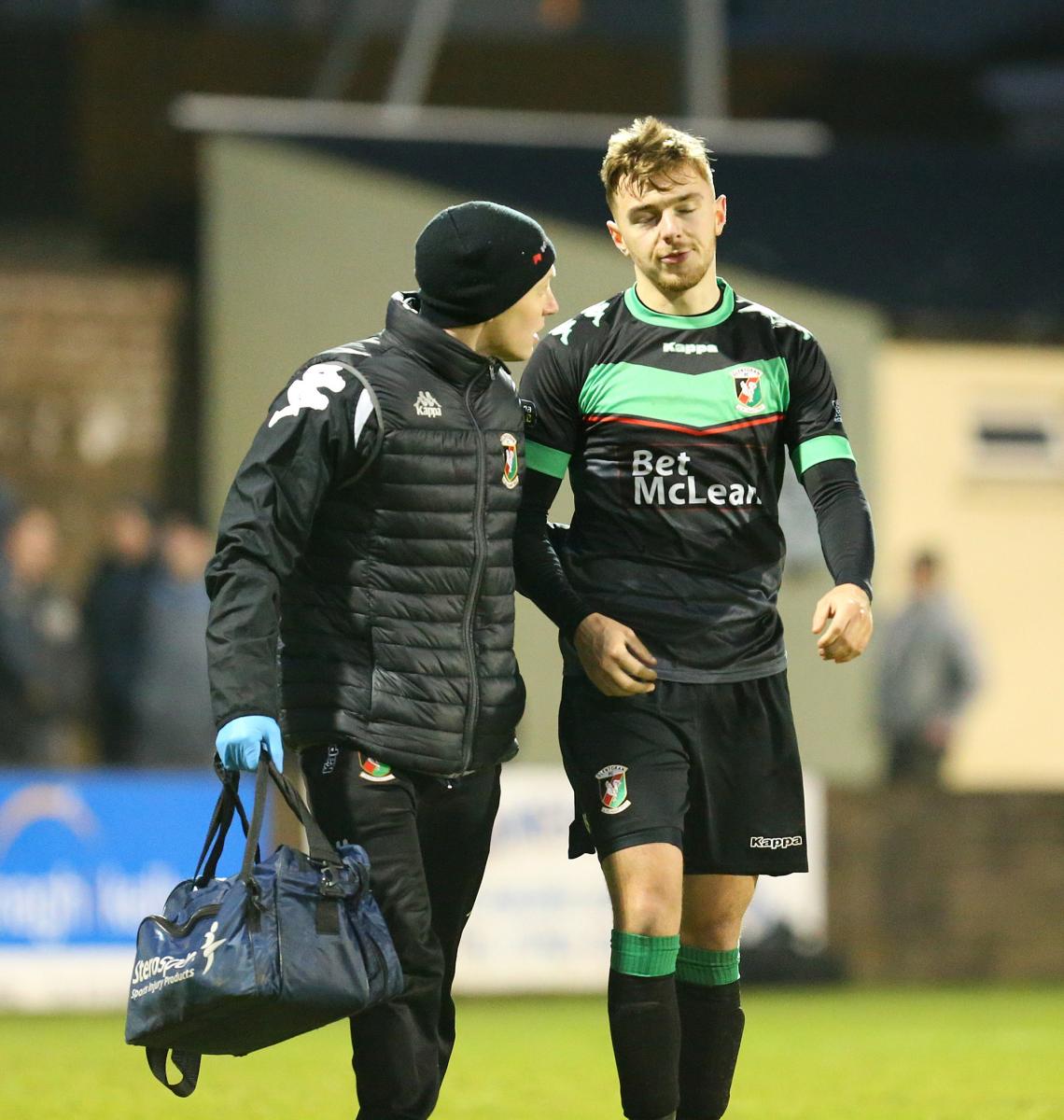