Glentoran secured a hard fought point at Seaview on Saturday thanks to a Curtis Allen brace.  After a minute's silence was held for the victims of the Colombian plane crash that claimed the lives of many players and staff from Brazilian side Chapecoense, it was Crusaders who started brighter.  Just a minute had passed since kick-off and Michael Carvill flashed an effort just wide of the upright.  Carvill should've scored two minutes later too, as he found himself one on one with Elliott Morris, but luckily for the Glens it was the latter who came out on top. 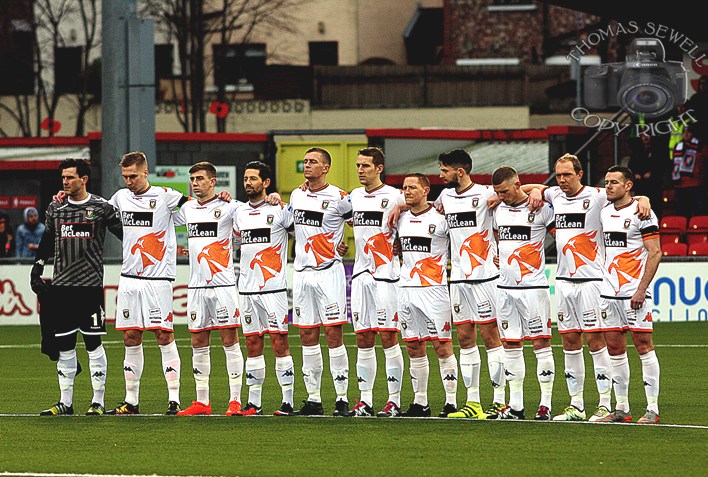 After a frantic start it was actually the east Belfast outfit who took the lead. A ball into the box was contested and fought over in something of a goal mouth scramble, before Allen prodded home his first of the afternoon on ten minutes.  Five minutes later and Jonny Smith won a free kick in a good position, however Eric Foley couldn't trouble Sean O'Neill in the home goal. Unfortunately for Glentoran the Crues levelled the match on 25 minutes when Jonny Addis was penalised for holding Jordan Owens in the box and Gavin Whyte slotted home.  The game was a tight affair and after the frenetic opening exchanges not much else occurred - save a few hard hitting challenges from the two sides - in the remainder of the first half. 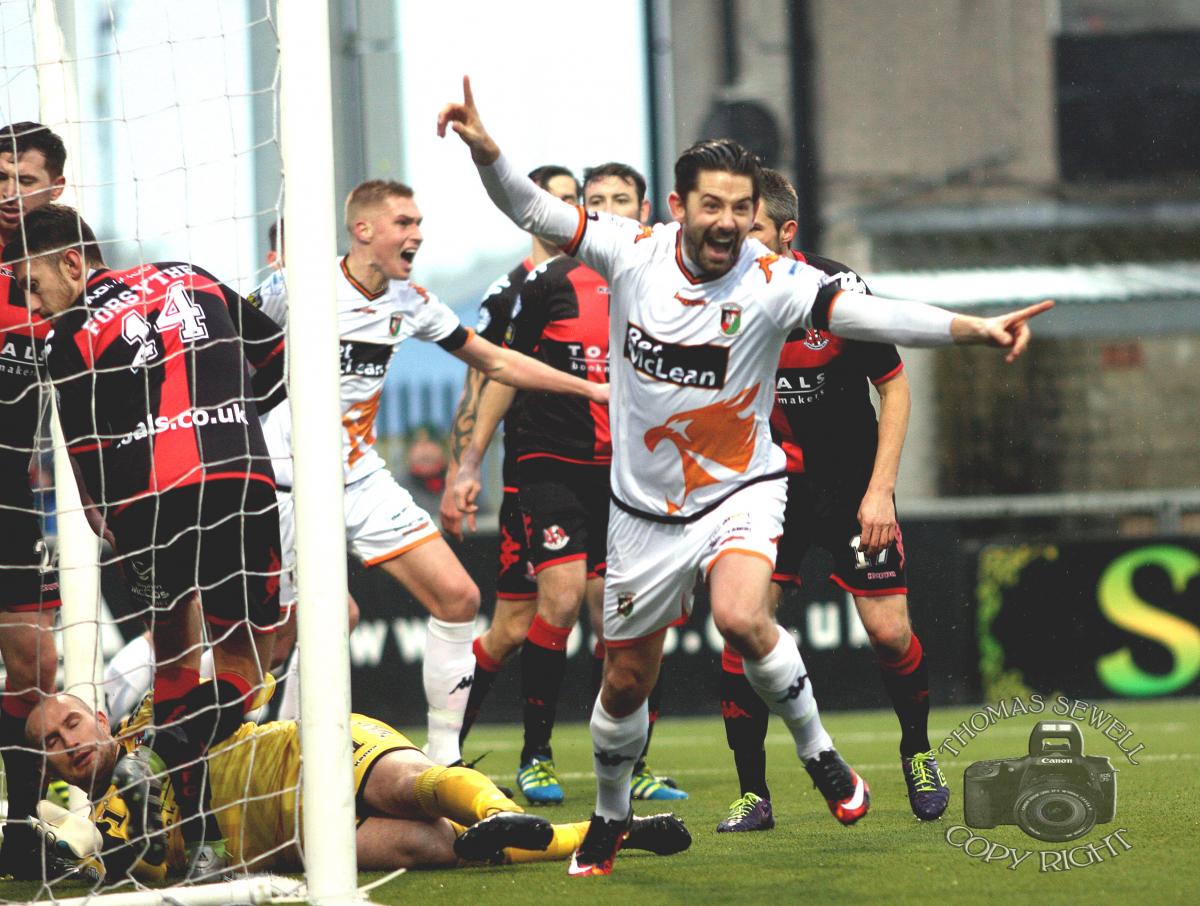 Ten minutes into the second half and Glentoran retook the lead. A looping cross from the left evaded everyone except the sliding Allen who squeezed it under O'Neill.  With 20 minutes to play Owens surely will have felt that he had equalised for the Crues after winning a header in the box - but a truly world class save from Morris denied him after the 'keeper flung himself to his left and beat the ball away from the top corner.  Carvill's strike from 25 yards again brought a solid stop from Morris before, with 5 minutes to play, ex Glentoran player Richard Clarke's effort from the edge of the box took a huge deflection and wrong footed Morris to level the game at 2-2. 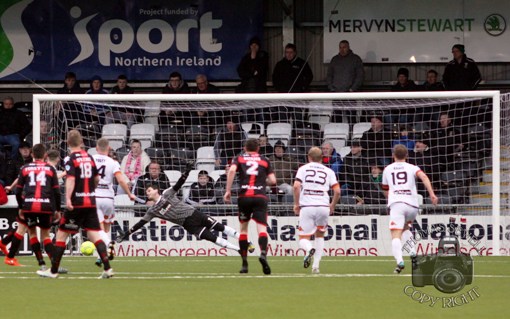 Both sides pushed for a winner after this, however a bruising game had taken its toll on a number of the players with tiredness creeping into many of their legs. Indeed the final chance of the game fell to Jordan Forsythe who rifled his shot high and wide when through on goal.  A fair result then at 2-2 in a tight game with relatively few clear cut chances. 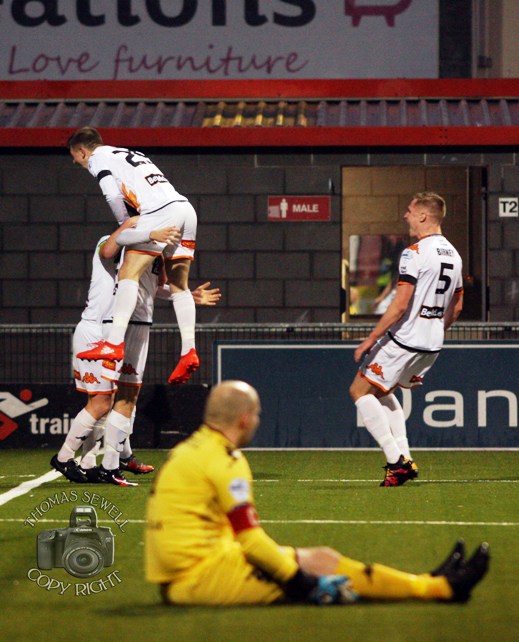