Glentoran were unfortunate to go down 2-1 at Seaview tonight and certainly deserved a point from the game. Both sides had early efforts on goal; Stephen McAlorum shooting just wide in the first minute with Timmy Adamson shooting weakly at Elliott Morris 3 minutes later. The home side went in front on 11 minutes. Sloppy play from Curtis Allen and Jordan Stewart saw the Crues pick the ball up midway inside their own half and launch it forward down the line. Paul Heatley picked the ball up but despite appeals for offside from the Glentoran defence, he raced clear and although Morris got a touch to his shot, he couldn't keep the ball out. On 14 minutes a 30 yard free kick for the glens was taken short by McAlorum to Willie Garrett but Garrett's shot was dealt with by Sean O'Neill. Glentoran continued to look dangerous although Crusaders occasionally tested the visiting defence with long balls forward. Two dangerous crosses from the left by Allen and Stewart in quick succession were hacked clear by the Cues defence before Jordan Stewart tried his luck from range; his effort from the left hand corner of the penalty area going just past the angle. Kevin Bradley, Jordan Stewart and Fra McCaffrey all tested O'Neill before the Glens drew level on 36 minutes. A throw in from Johnny Addis was dumied by Jim O'Hanlon and picked up by Curtis Allen. Allen got to the bye line and fired a low ball across goal where Jordan Stewart was on hand to poke it home. 6 minutes from the break ex-Glentoran player, Richard Clarke smashed a shot goalwards when the ball broke to him from a corner but Niall Henderson blocked it on the goal line before clearing. On 42 minutes O'Neill was forced to make two sharp stops. The first was a deflected shot from Allen and then he saved the rebound at the near post when Johnny Addis shot. 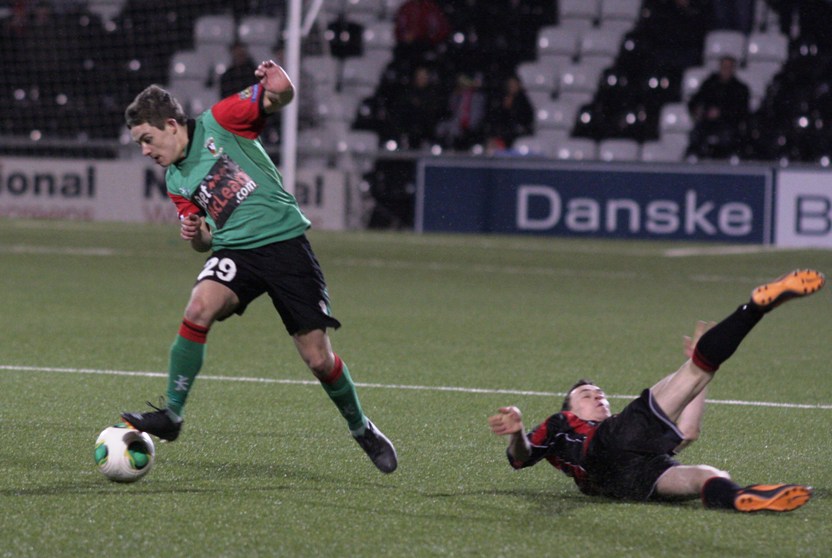 Nathan Hanley's 20 yard free kick was blocked by the Glentoran wall on 47 minutes and 10 minutes into the second half another set piece at the other end was just over from Willie Garrett. Crusaders brought Jordan Owens off the bench early in the second half and went route1. They grabbed the lead on 57 minutes when a long hopeful punt forward was gathered by Heatlyy and he slotted past Morris from 12 yards. Owens had a header blocked before Adamson's shot was saved by the Glens skipper. Just after the hour mark Jordan Stewart, who had an excellent game, broke forward. Robinson tried to bring him down from behind but Stewart tried to continue and referee Dunlop rightly played the advantage. Strangely though, Dunlop failed to take any action when the play stopped. On 67 minutes Crusaders skipper, Colin Coates went right through the back of Curtis Allen. Coates, who had earlier been shown a yellow card probably couldn't believe his luck when Dunlop took no action! From the free kick a header from Calum Birney was scrambled away by O'Neill. Jim O'Hanlon really should have levelled things up on 72 minutes when put clear but he shot against O'Neill's legs. O'Hanlon volleyed just over on 86 minutes whilst Morrow brought a great save out of Elliott morris a minute later. With a minute remaining Stewart made another great break down the left. Twice Heatley tried to bring him down from behind before succeeding with his third attempt! A frustrated Stewart was shown a yellow card for protesting. Heatley escaped. In stoppage time Stephen McAlorum went close with a free kick, his 25 yard attempt whistling inches past the post. McCaffrey had one final chance for Glentoran but the home defence held out to take the points. 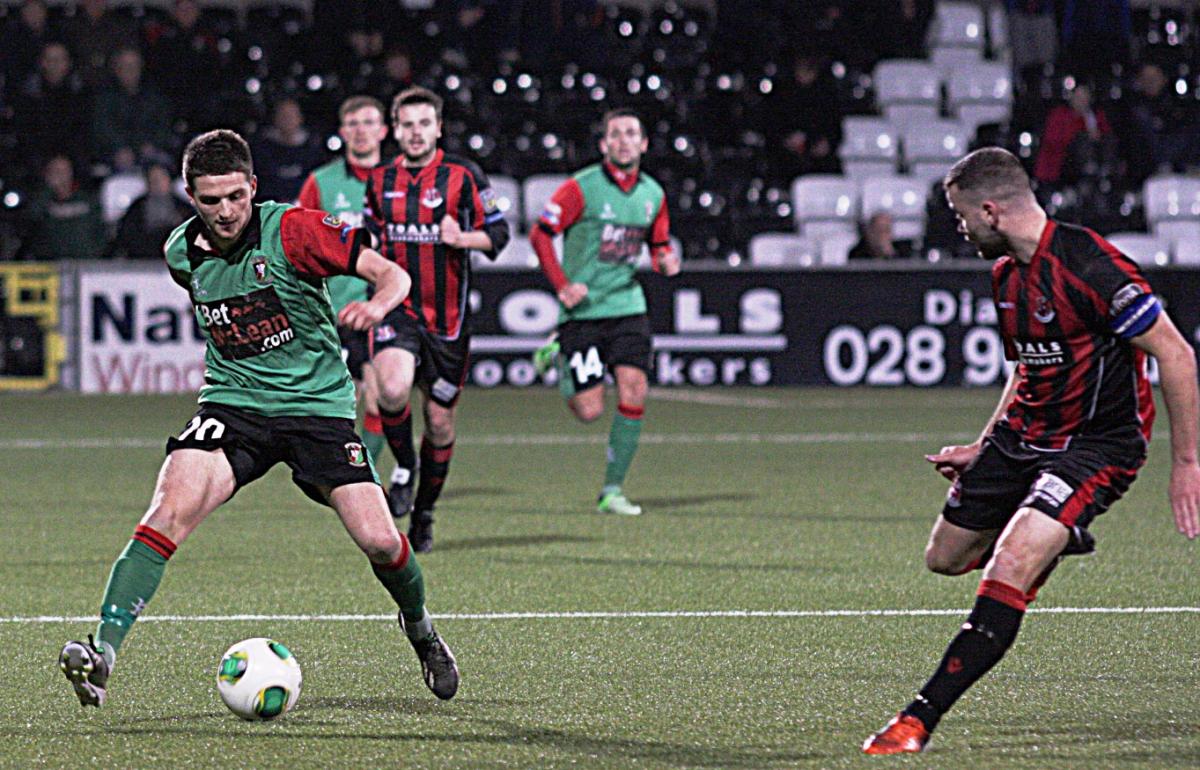 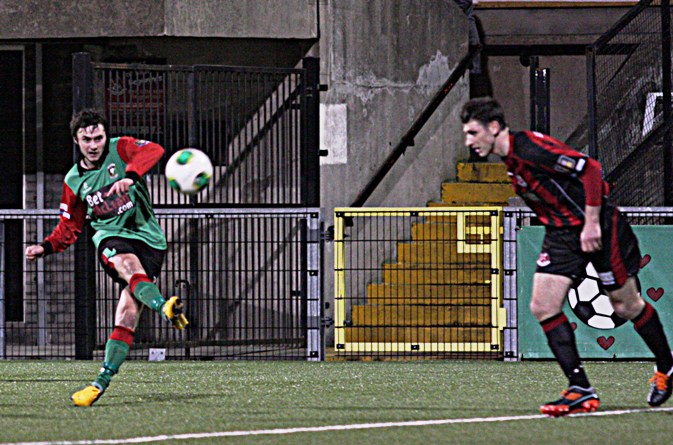