Glentoran were extremely unlucky not to leave Seaview with at least a point after a very spirited performance against Crusaders. The Glens went into the game without the suspended Allen and Knowles and with McGuigan and Redman still missing through injury. Kym Nelson came in at left back with Gary Haveron going with a 4-5-1 formation. Calum Birney was back in the heart of the defence with skipper Marcus Kane in midfield alongside Eric Foley, Dan Kelly, Dylan Davidson and Eoghan McCawl. Robbie McDaid played the lone striker role. 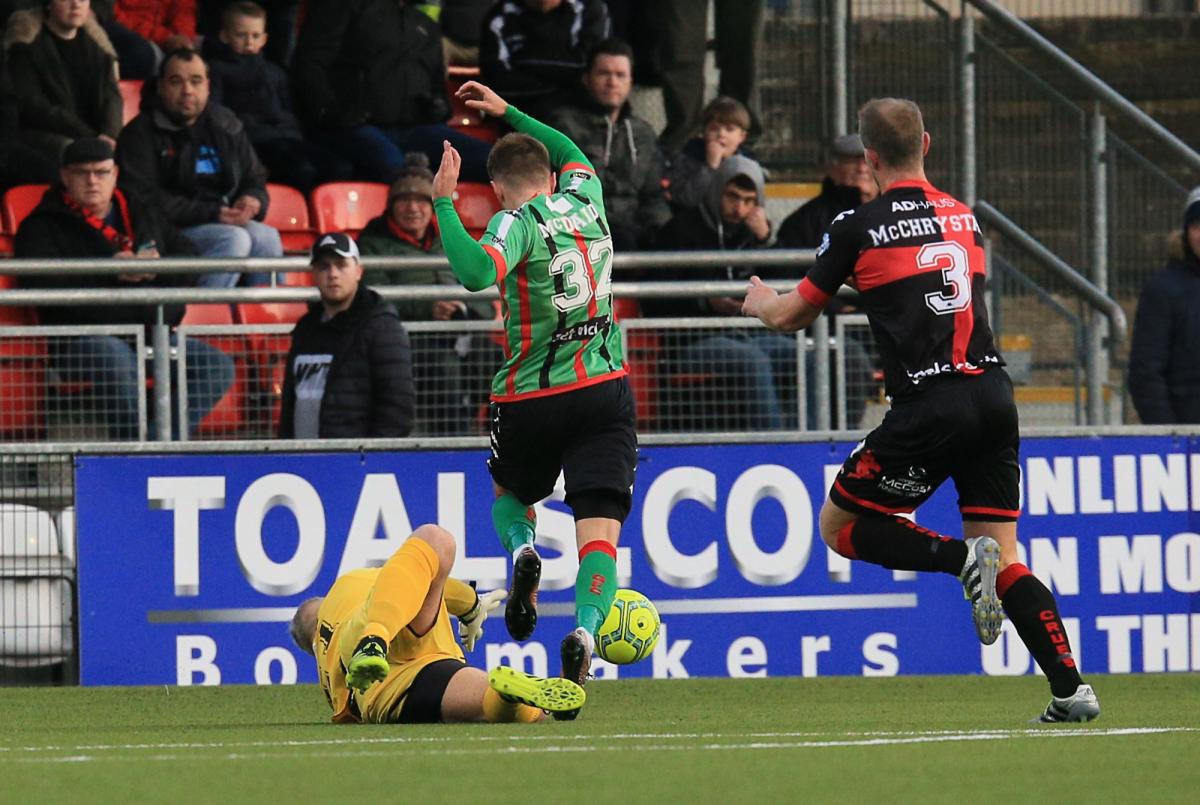 Crusaders started the game in their normal physical fasion with the long high ball launched towards Jodan Owens a regular ploy. It was the Glens though who should have gone in front after 7 minutes. Dan Kelly's ball upfield wasn't dealt with by McChrystal and Robbie McDaid nipped in. Brian Jensen came out quickly but McDaid rounded him but from a tight angle he could only find the side netting with the goal gaping. On 19 minutes, following a corner from Foley, the ball broke to Marcus Kane. His cross to the back post was met by Calum Birney but his header also hit the side netting. Crusaders were only having limited opportunities at the other end with Birney marshalling Owens really well. Paul Heatley did have a chance on 20 minutes but fired over the top. 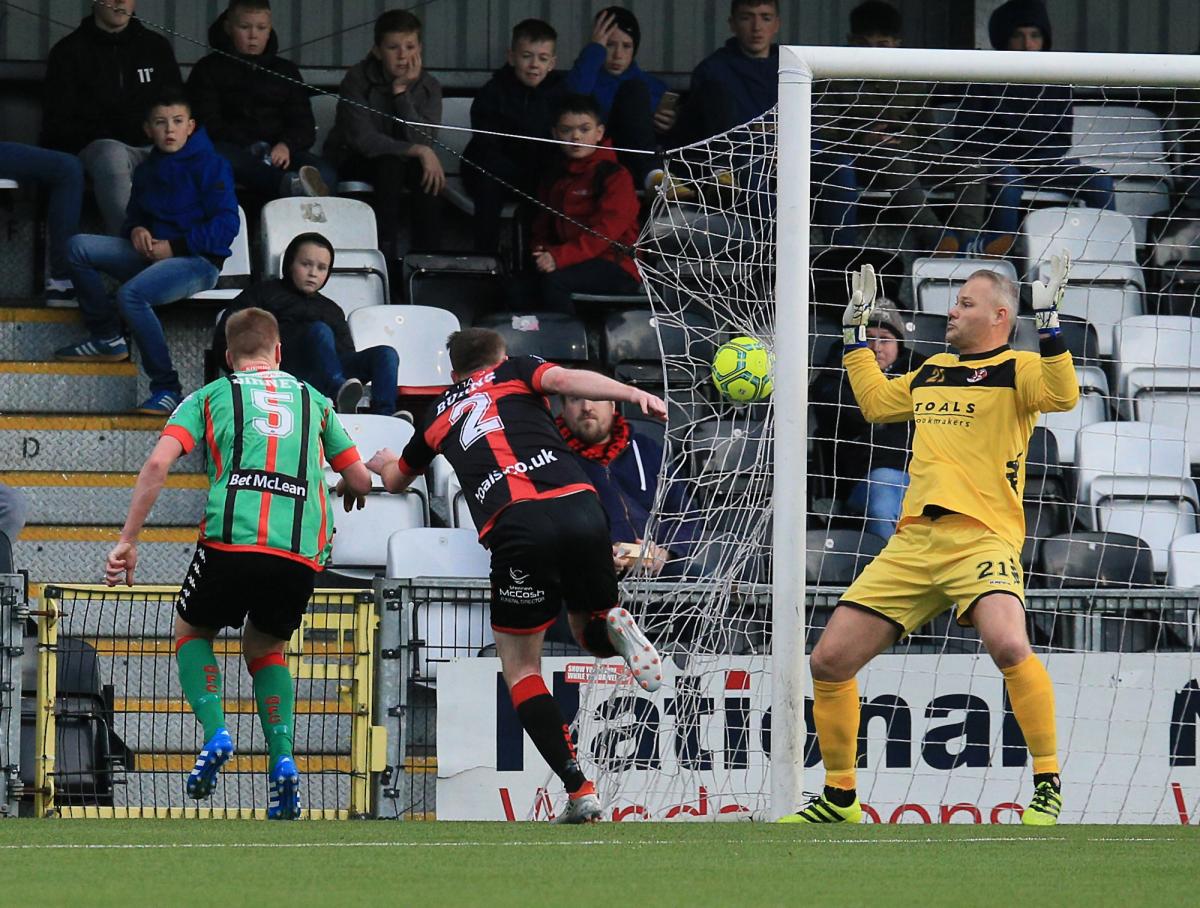 Glentoran were awarded a free kick 25 yards from goal following another foul by Declan Caddell. Eric Foley struck it and brought a fine save out of Jensen. Minutes later Foley had another chance but his effort from outside the area went wide of the target. On 25 minutes Glentoran should have had a penalty. As Foley's corner kick came into the area it was clear to virtually everyone in the ground that Birney was having his shirt pulled. Referee Gregg and his assistants though seemed to be the only ones who didn't! Jonny Addis then cut in from the left and found Foley in a great position but unfortunately Foley couldn't keep his shot down. Just after the half hour mark another ball hoofed into the Glentoran penalty area by Billy-Joe Burns was superbly cleared by Jonny Addis. Burns did find Owens on 38 minutes but his close range header went wide. 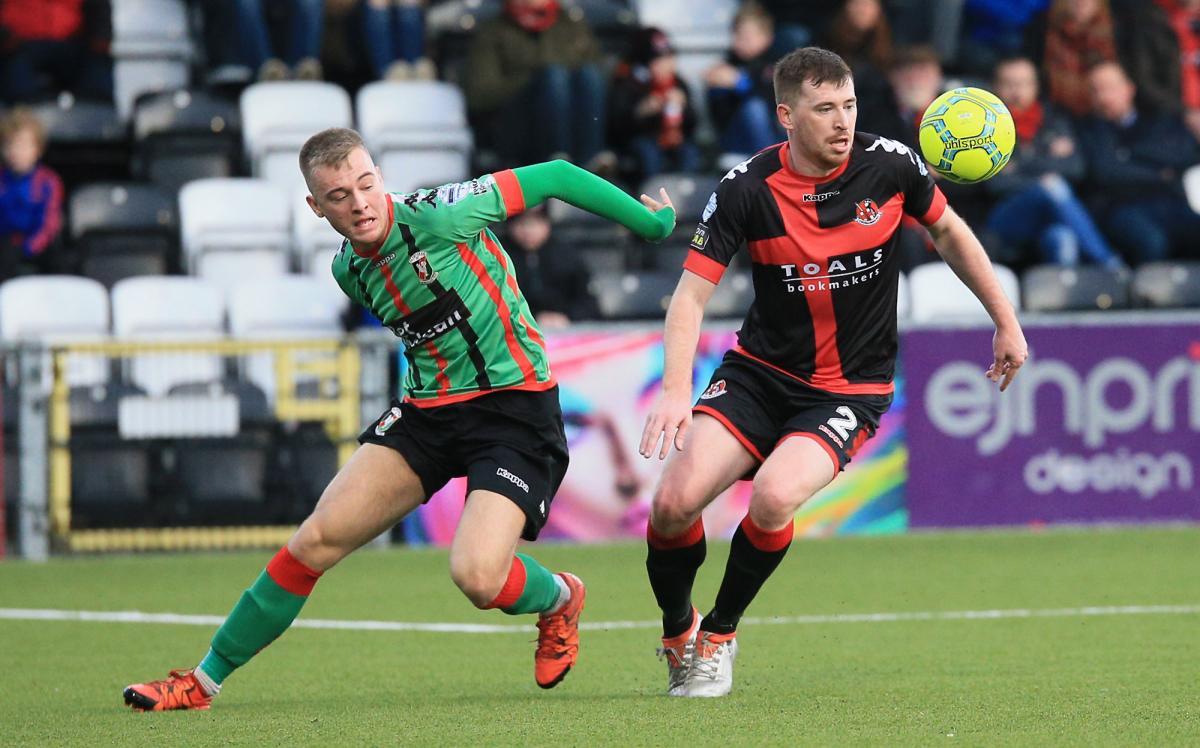 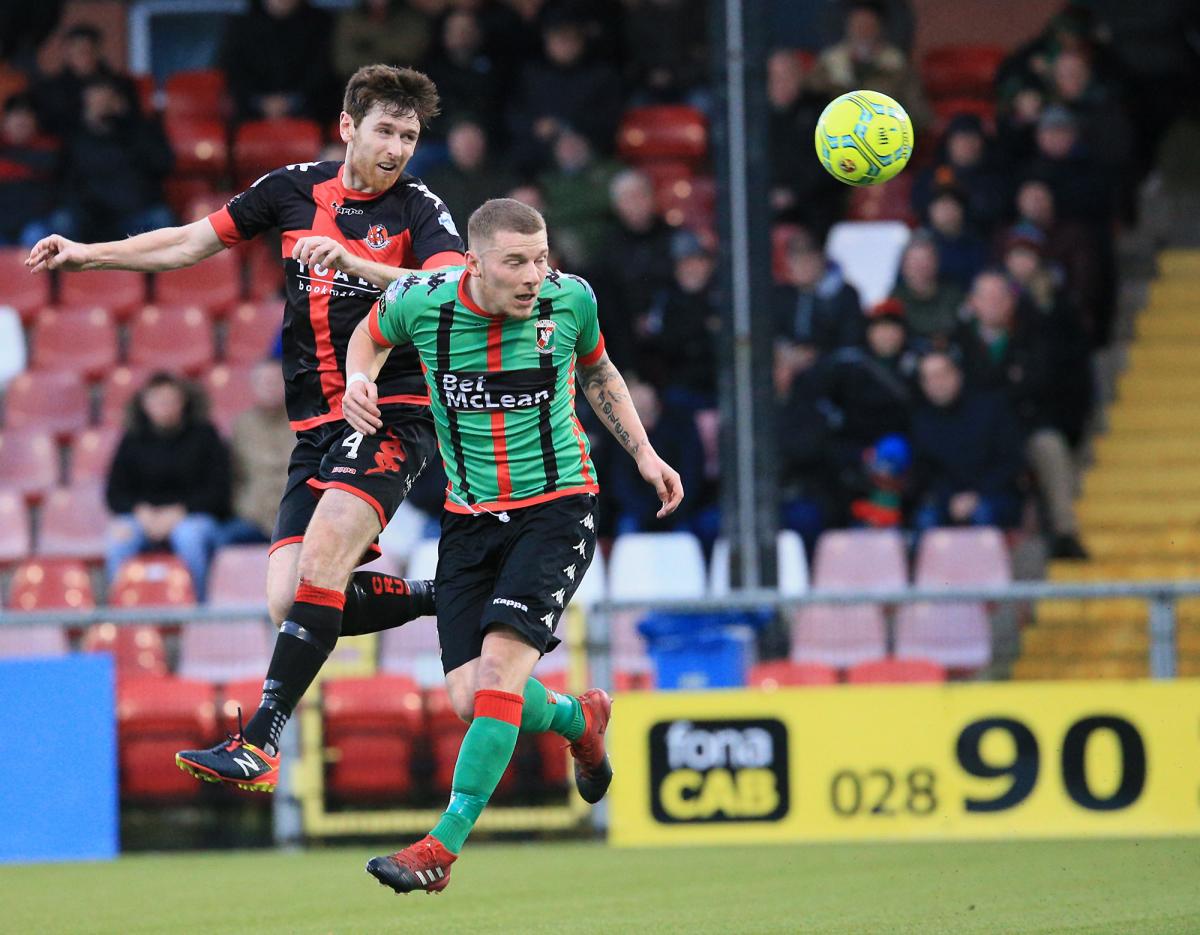 Crusaders had two efforts in quick succession early in the second half and the second of those decided the game. On 53 minutes Owens' shot from inside the 6-yard box was saved by Elliott Morris with his feet. 60 seconds later though Heatley found Jordan Forsythe just outside the area and his low drive beat Morris and found the bottom corner. Howard Beverland had a chance to make it 2-nil but Addis did well to block an then clear. At the other end, with the Glens pushing for an equaliser, Addis drilled a ball across goal from the left but it eluded everyone and went out for a throw-in. The Glens then had a decent shout for a penalty when Davidson was once again brought down by Billy-Joe Burns. Referee Gregg though, gave a free kick on the left corner of the 18-yard box. Eric Foley went for goal and the Cruesaders keeper Jensen was forced to tip it over the bar. 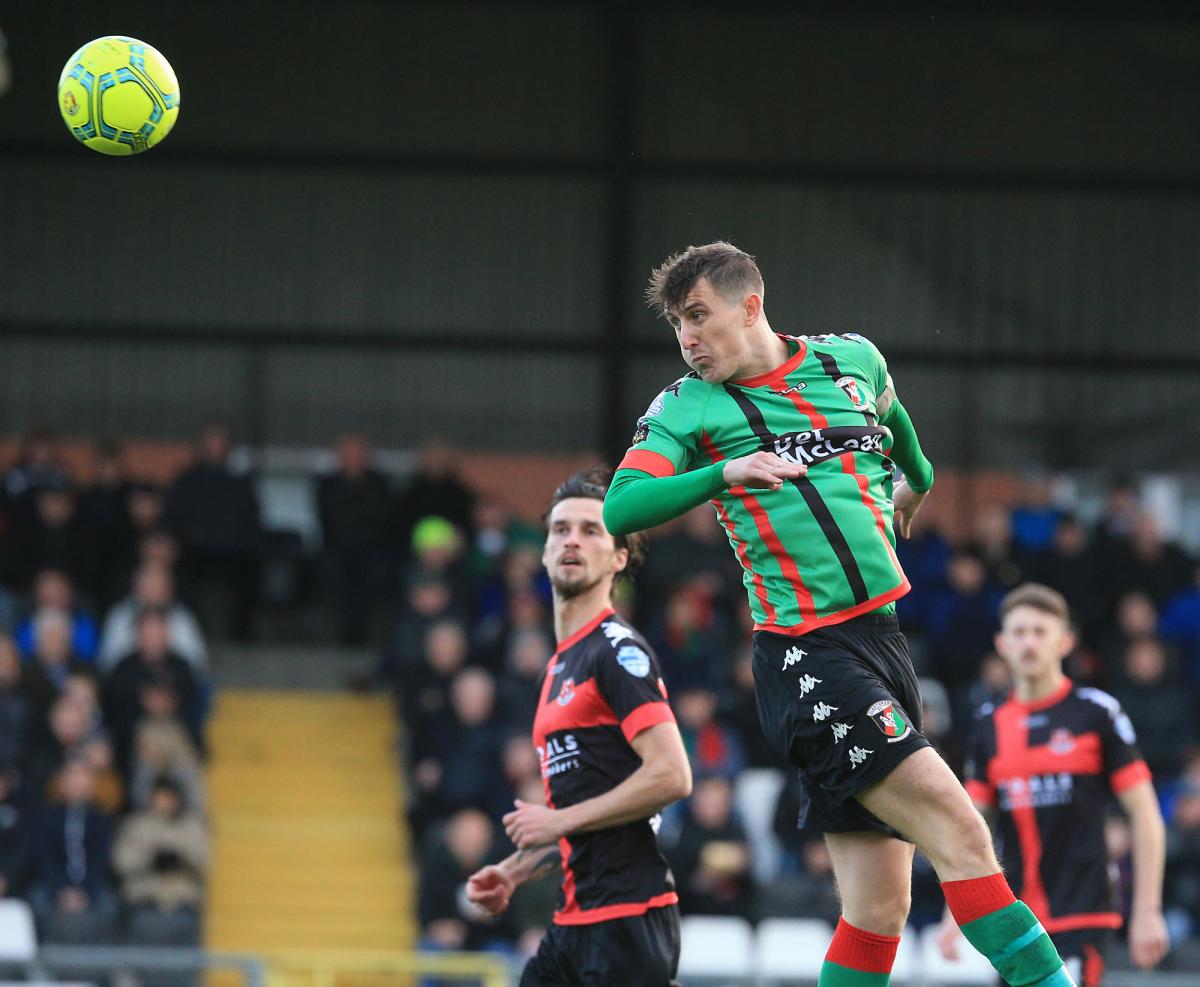 From the corner the ball broke to Marcus Kane but the Glentoran captain's shot was inches wide of the far post. The home side went straight down to the other end and Elliott Morris was forced to save from Forsythe. With a quarter of an hour remaining Crusaders were reduced to 10 men when Howard Beverland picked up a second yellow card, preventing Kane taking a quick free kick for the Glens. With 10 men, the Crues then reverted to time wasting with the officials seemingly reluctant to take any action. Owens and Heatley went close as the Glens, with Birney pushed up front, went in search of an equaliser. Birney almost set it up, flicking the ball on from the 'D' towards Robbie McDaid but the striker just failed to reach the ball. Late in stoppage time we were subjected to some gamesmanship from Caddell as he tried to earn a penalty and then confronted a number of Glentoran players. Caddell, a master of the dark side of the game was perhaps fortunate to still be on the field at the time and the 'handbags' continued after the final whistle. 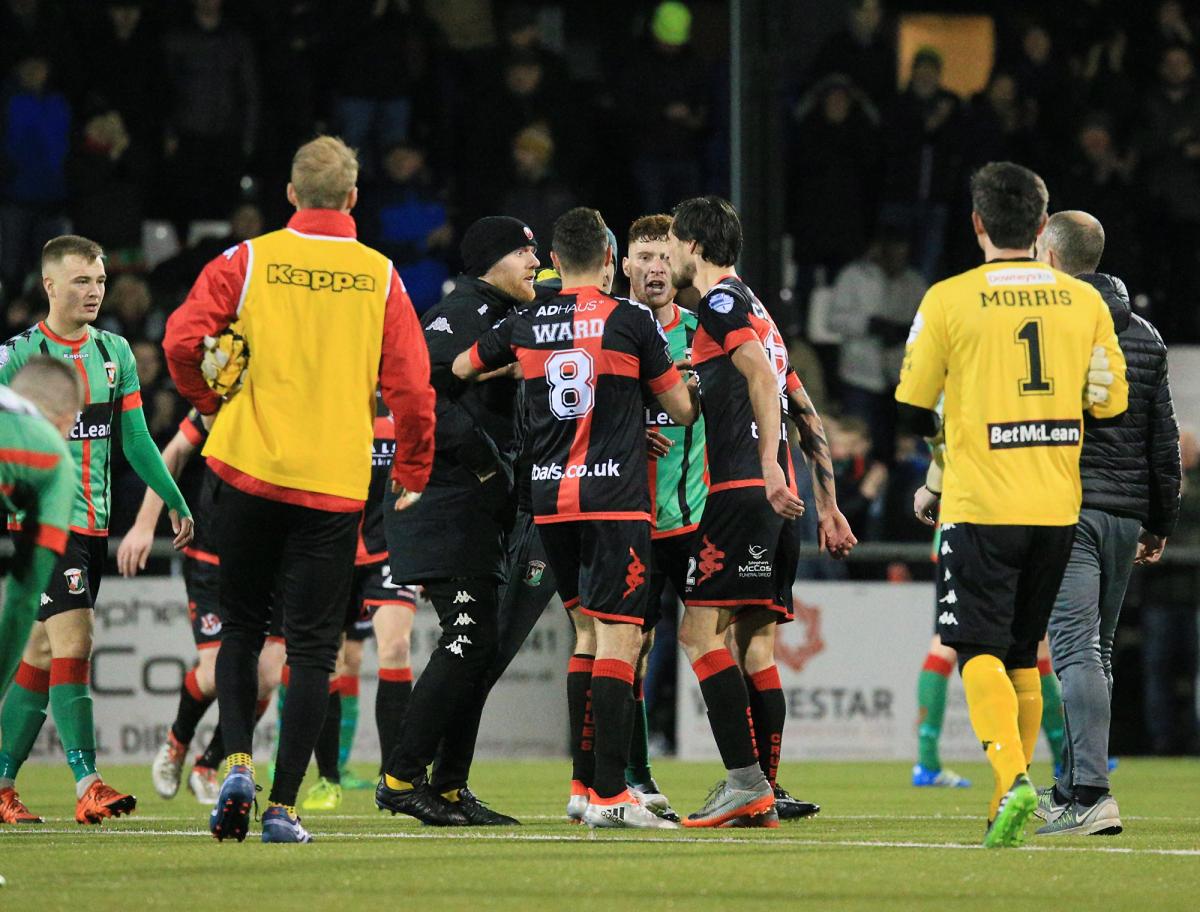 A disappointing result for the Glentoran supporters but they remained behind to applaud their team from the pitch, recognising the significant effort that each and everyone of the players had put in. The majority recognise that this is a young team in a period of transition but will be happy when they can see the team fighting and playing for the shirt. 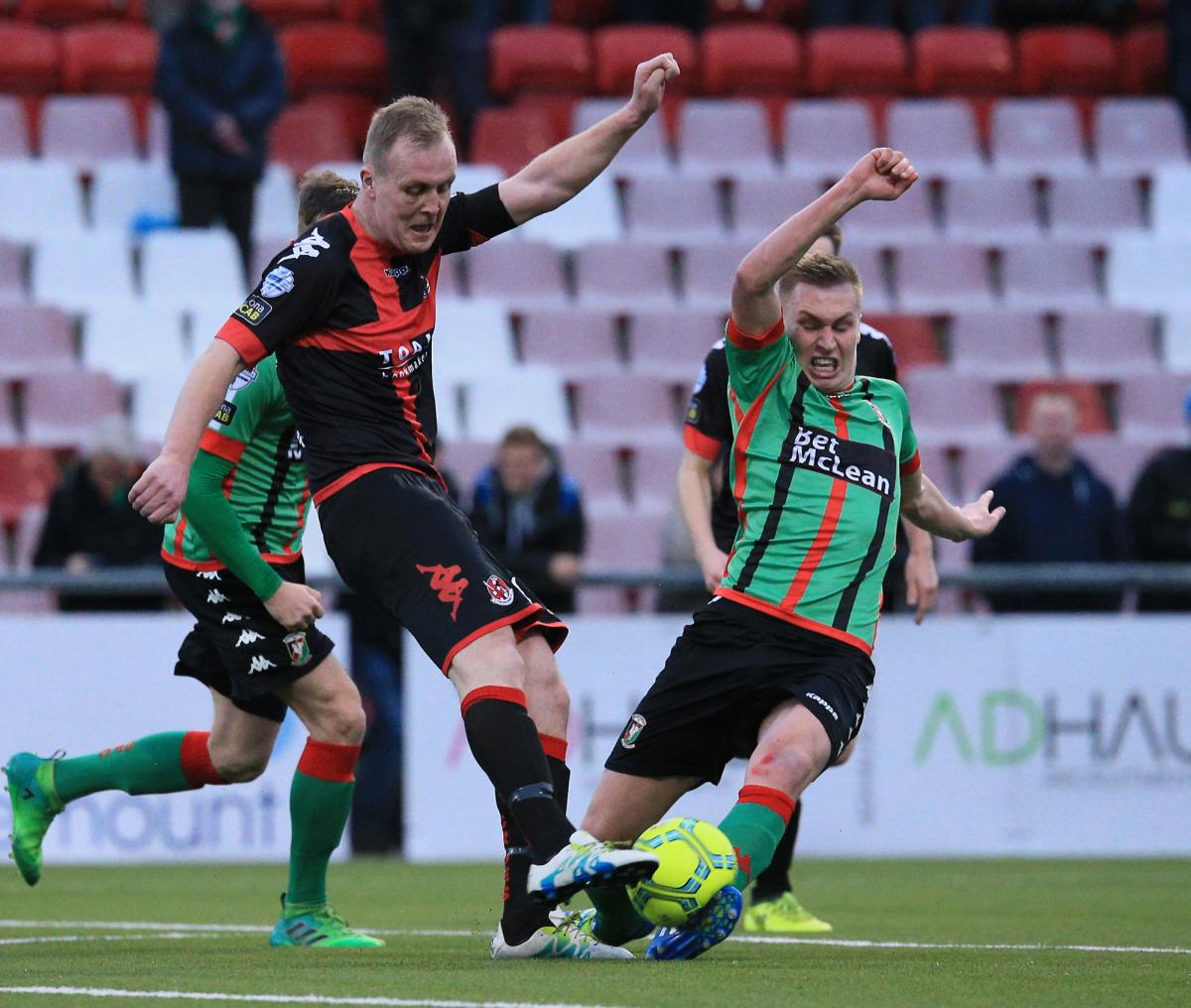 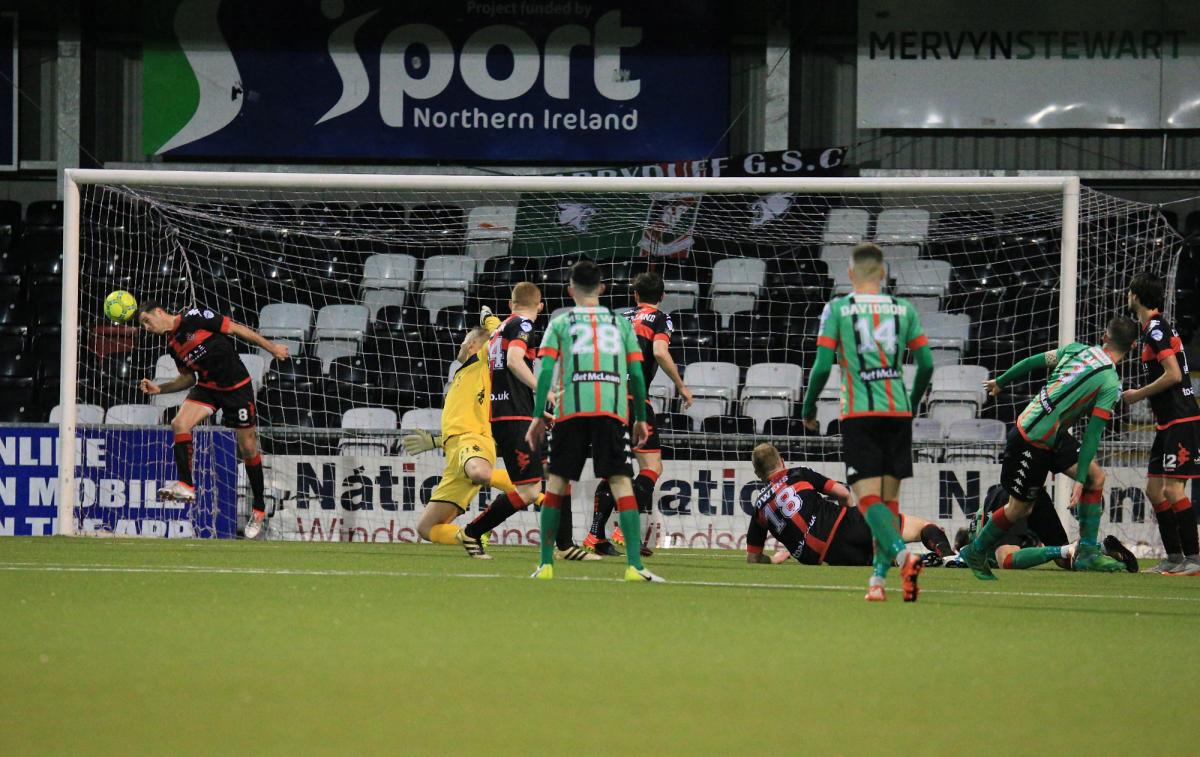