Glentoran kept themselves right in the hunt for the Danske Bank Premiership with a hard fought but ultimately well deserved win at Seaview this afternoon. 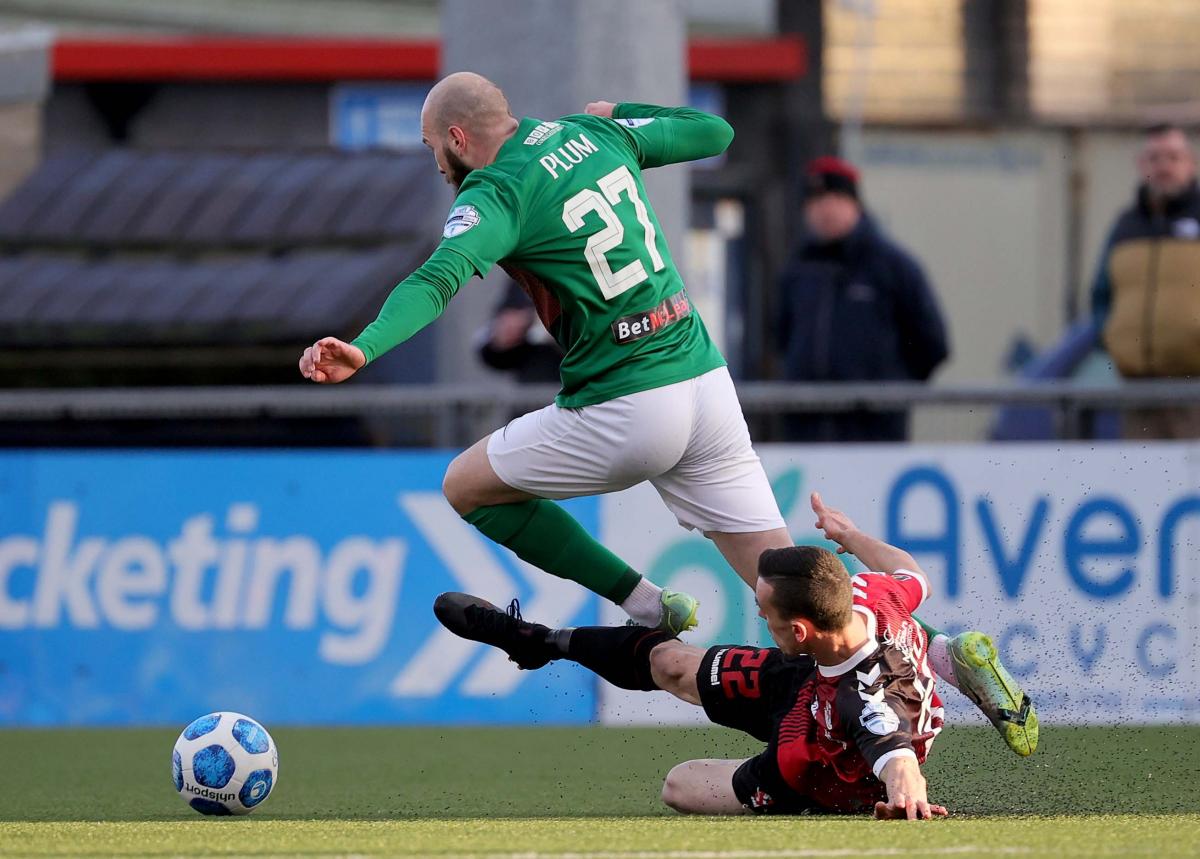 Our record against Crusaders on their patch has been pretty grim to say the least but today the players stood up and came away with a win, a win that delighted the large visiting support.

For this game, Aaron McCarey was back in goals and Joe Crowe stepped into the midfield role in place of the injured Luke McCullough. 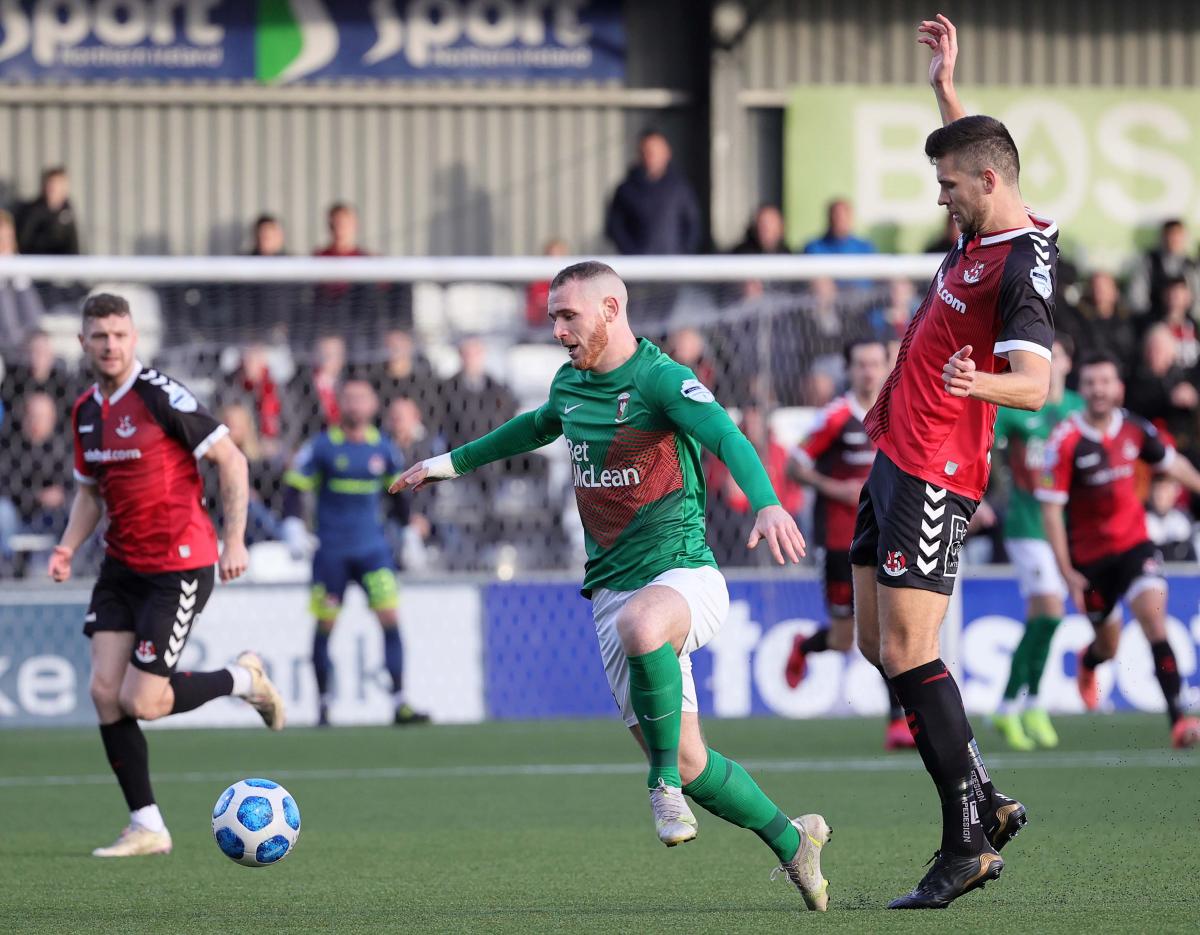 The expected physical approach of the home side didn't take long to materialise. There were just 3 minutes on the clock when Declan Caddell caught Robbie McDaid with an elbow as Robbie challenged for a high ball. Perhaps had it been later in the game the punishment may have been more severe. A couple of minutes later Caddell went down following an innocuous challenge from Conor McMenamin. Caddell gave the impression of being seriously injured but once referee Steven Gregg had shown McMenamin a yellow card, Caddell made an extremely quick recovery without the need for any treatment! 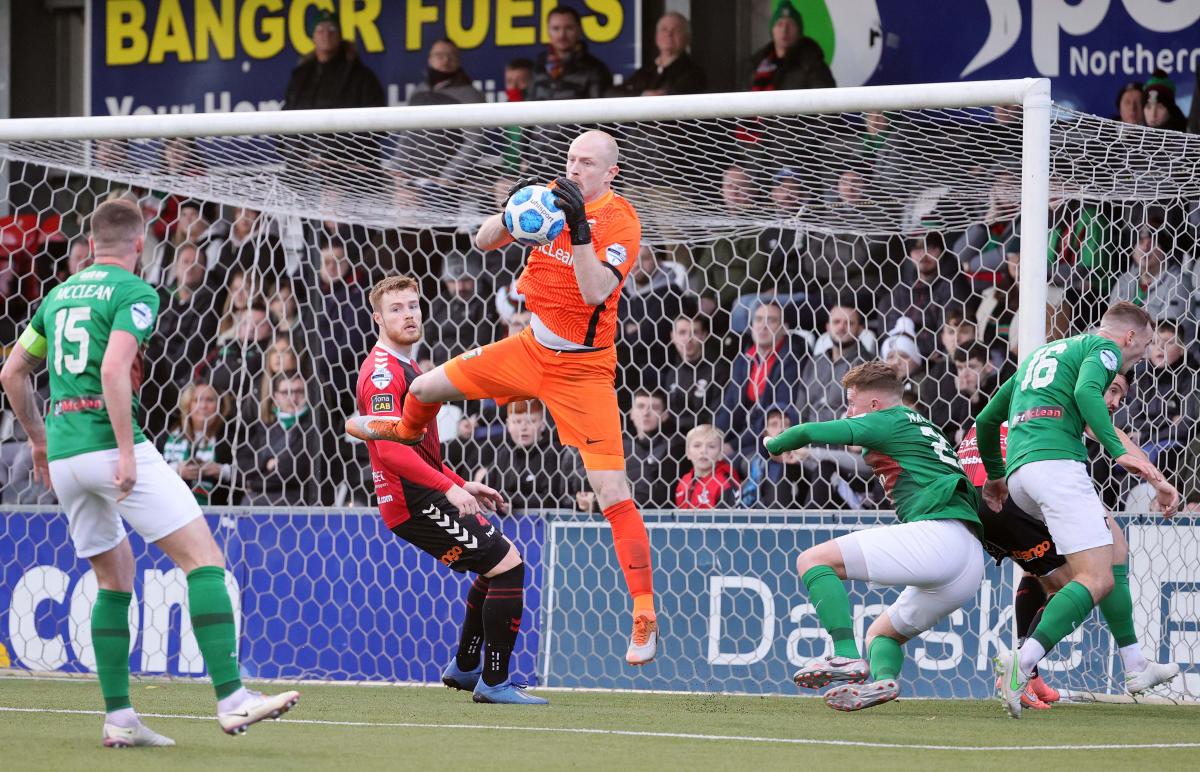 A cross from the right from Jonathan McMurray created a chance for Heatley on 9 minutes but he hooked the ball over the crossbar. Heatley had a second opportunity a couple of minutes later but having got past Rhys Marshall, he couldn't beat Aaron McCarey with the Glentoran keeper making an excellent save. Adam Lecky then picked up a caution for a very late challenge on the Glens keeper. Glentoran's first attempt on goal came on 17 minutes. Hrvoje Plum robbed Heatley in midfield and drove towards goal. Despite the attempts of the Crusaders winger to pull him back, Plum drove on but then dragged his 25-yard shot wide of the target. 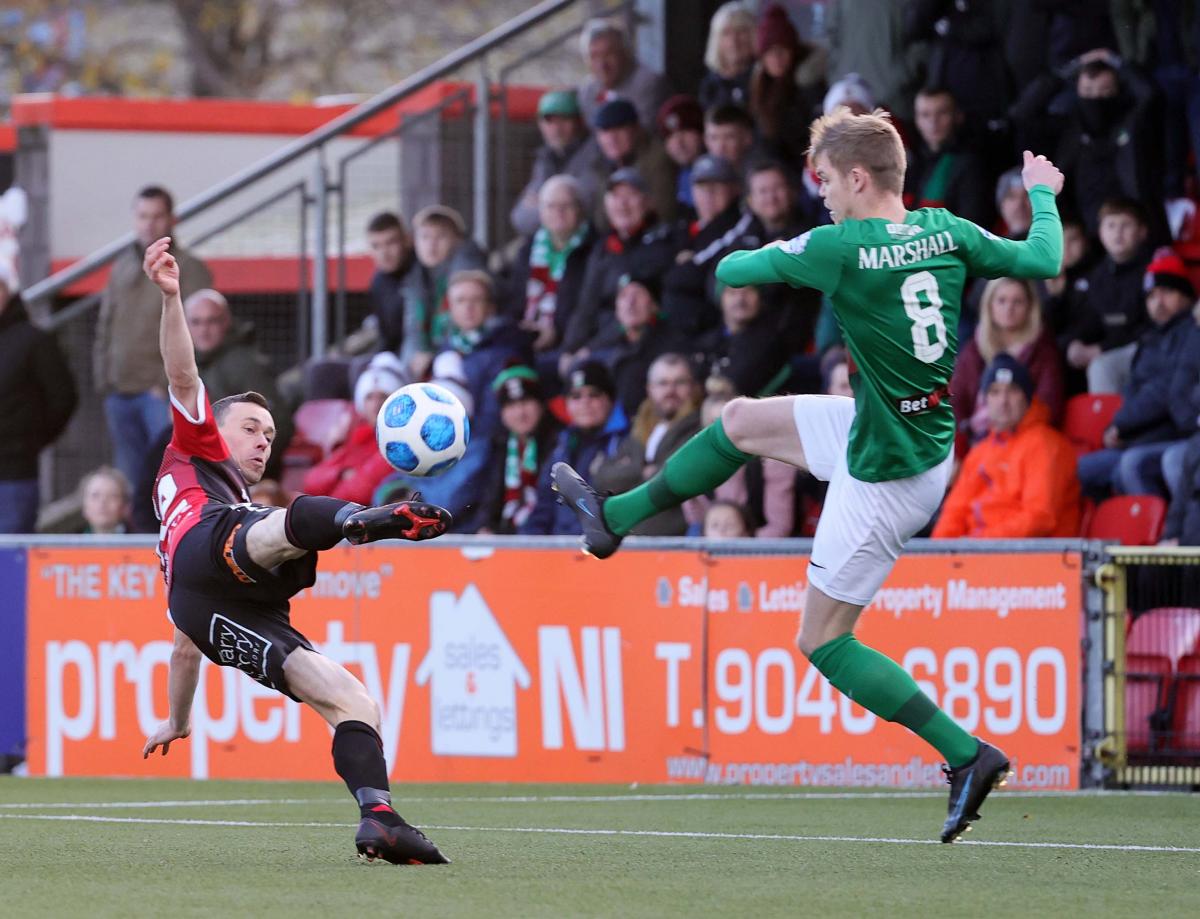 Top scorer Jay Donnelly then had a chance midway through the half but Jonathan Tuffey made a comfortable save. On 24 minutes Glentoran created another opportunity as Jay Donnelly, Hrvoje Plum and Conor McMenamin linked well. McMenamin went for goal but his powerful shot was turned behind by Tuffey. A couple of minutes from the break Ben Kennedy tried a curling effort from just outside the box. Aaron McCarey wouldn't be beaten though and made a superb save. The home side had one further chance right on the 45 minute mark. Seanan Clucas conceded a free kick out on the Glentoran left. The ball was swung into the danger area but Billy-Joe Burns could only head over the bar. 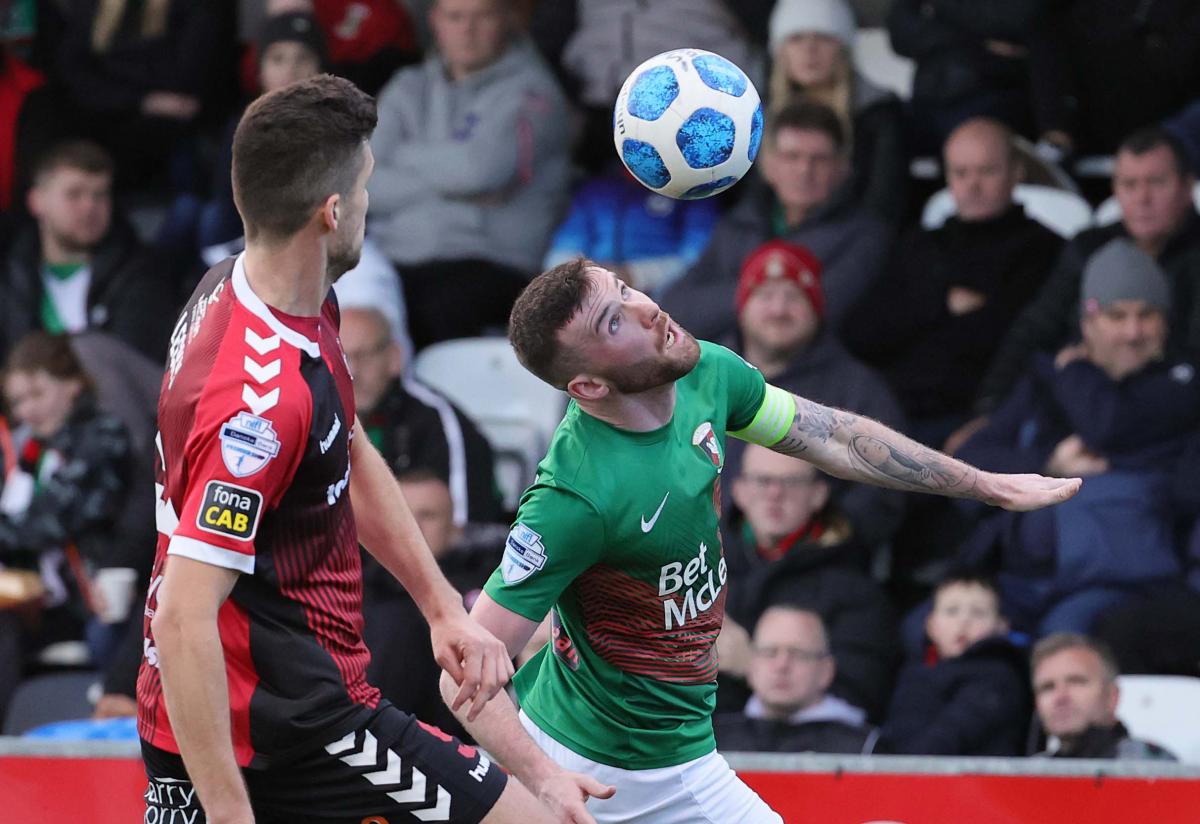 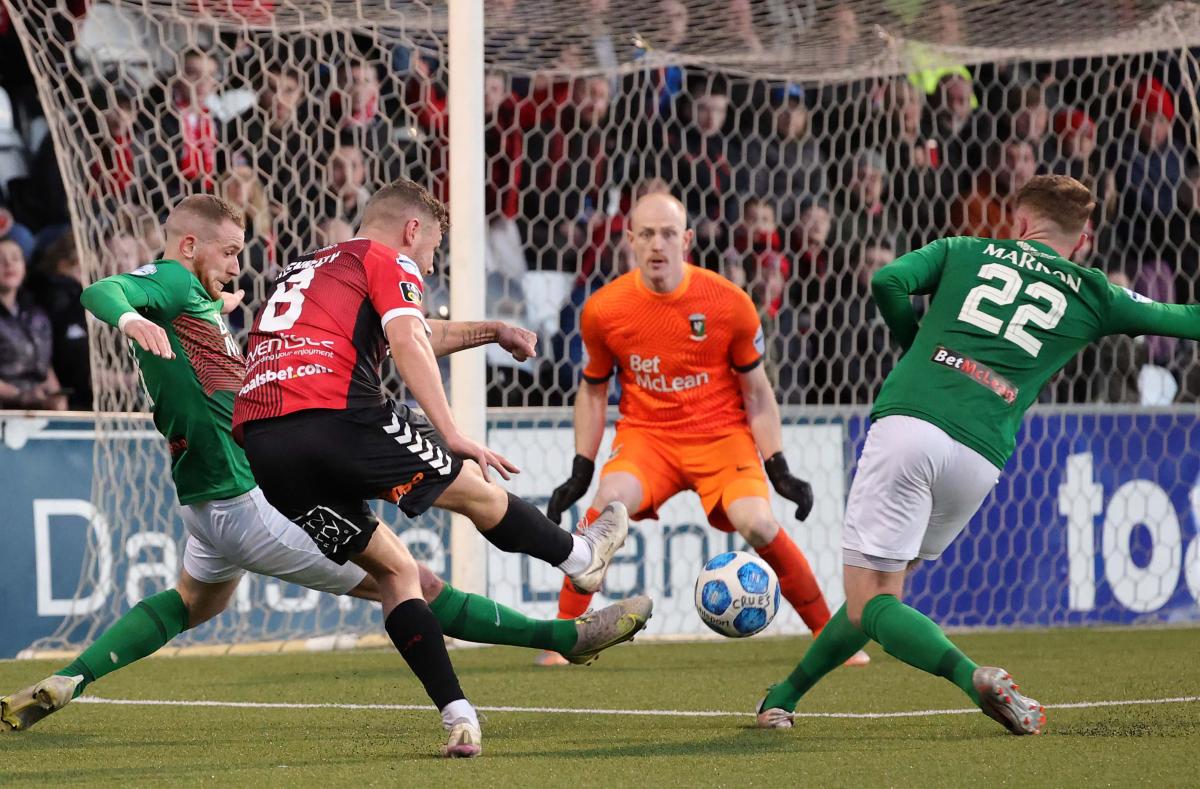 The second half was more of a battle with both sides struggling to create anything that may break the deadlock. A minute after the interval McCarey was called on to save from Adam Lecky following a corner. Jay Donnelly then robbed Josh Robinson and drove into the box but was unable to get his shot away. Ben Kennedy then brought another decent save out of McCarey on 57 minutes. 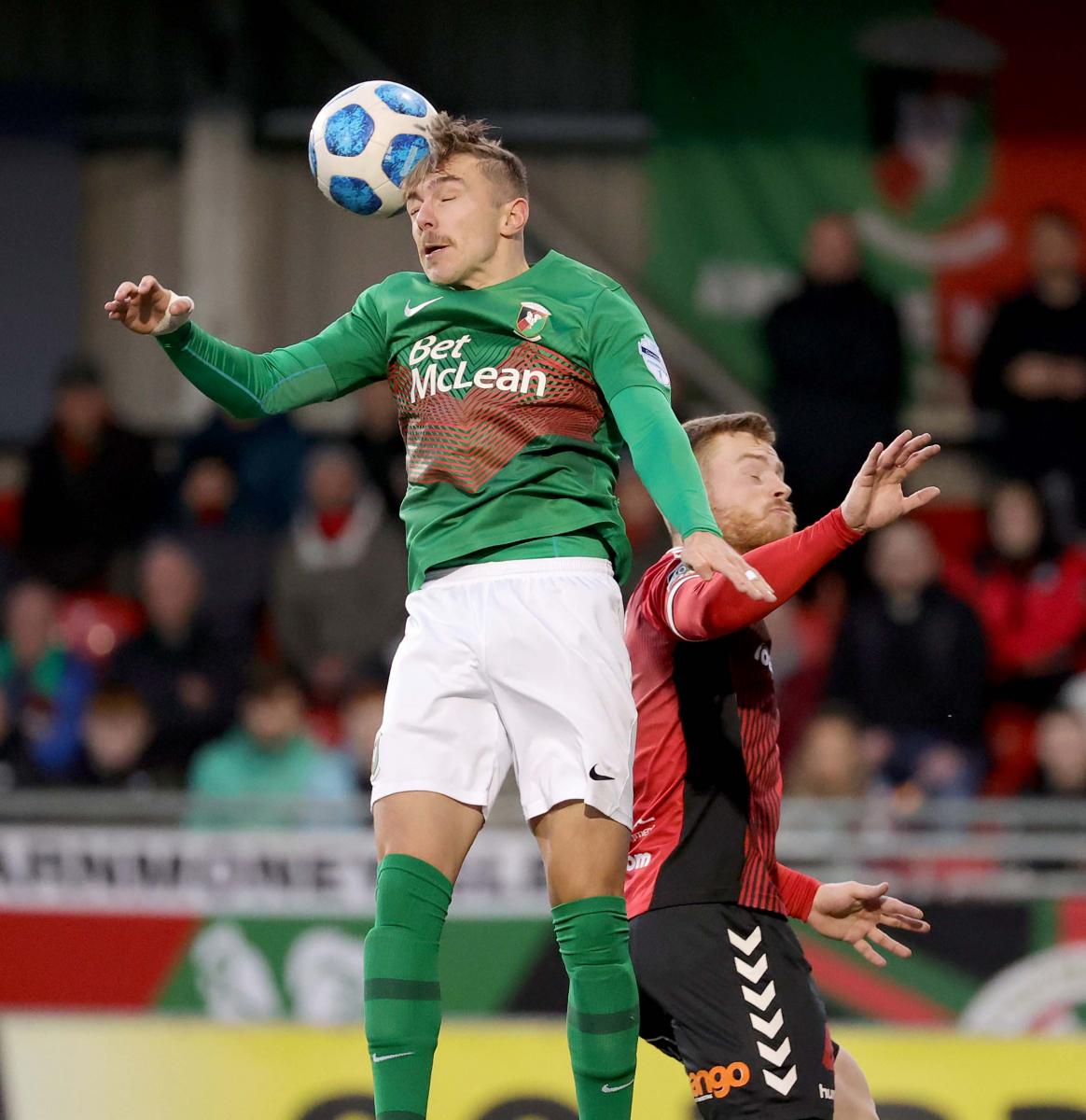 A couple of minutes later Bobby Burns fed Conor McMenamin. The Glentoran striker fired a powerful effort towards the near post but Tuffey got down well to turn the ball behind. With just under 20 minutes remaining the Glens almost snatched the lead. Conor McMenamin's shot was deflected into the path of Robbie McDaid who fired towards goal only to see his shot smack against the crossbar. Then on 74 minutes Hrvoje Plum went for goal from 25 yards only for Jonathan Tuffey to deny us once more. McCarey was then forced to save from Adam Lecky who got on the end of an excellent cross from Billy-Joe Burns. 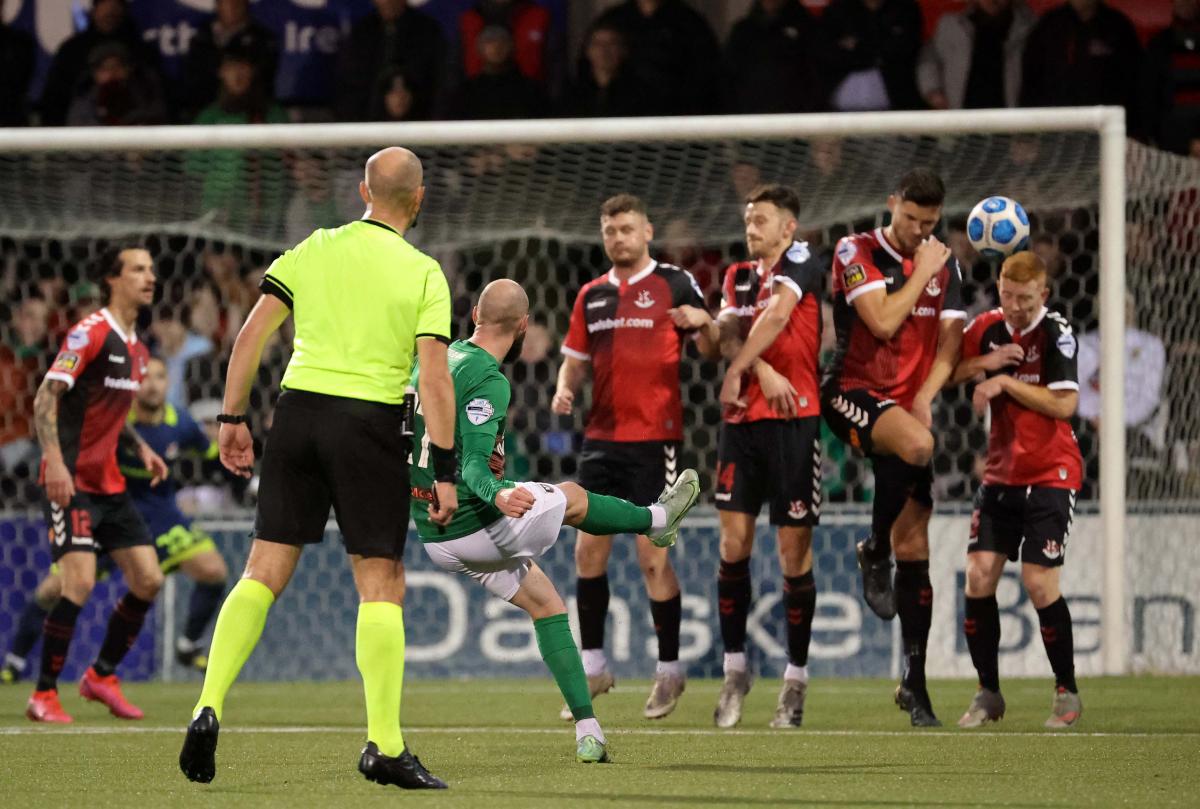 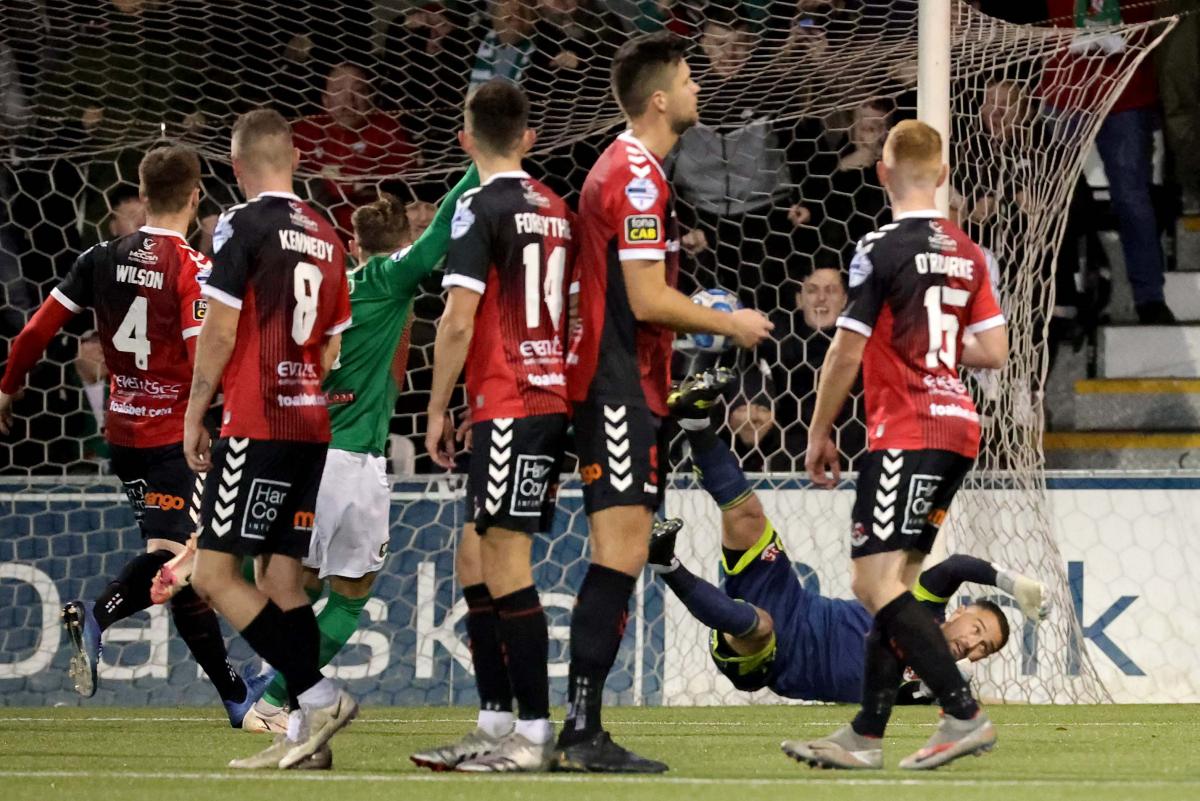 On 77 minutes came the moment which decided the game. Jonathan McMurray fouled Jay Donnelly 25 yards from goal. Up stepped Hrvoje Plum to curl the ball over the top of the wall and beyond the reach of Jonathan Tuffey. The Glentoran supporters and players celebrated wildly but we still had a quarter of an hour to play. Crusaders responded by making a triple substitution, throwing on three big men and going route one. The Glentoran defence, expertly marshalled by Paddy McClean and Caolan Marron, stood up to everything that was thrown at them and ably assisted by midfielders Clucas, Plum and Crowe saw the game out. 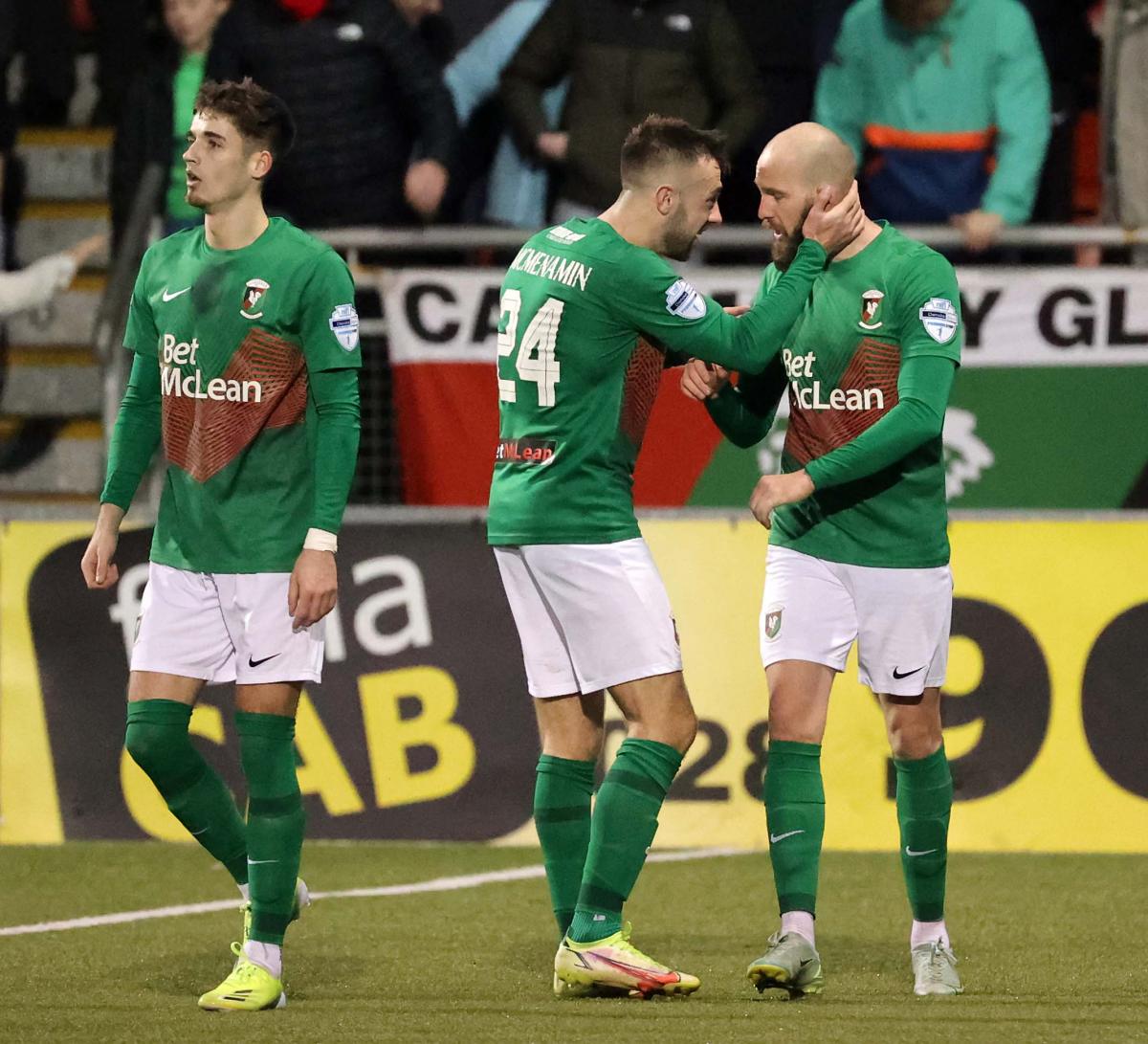 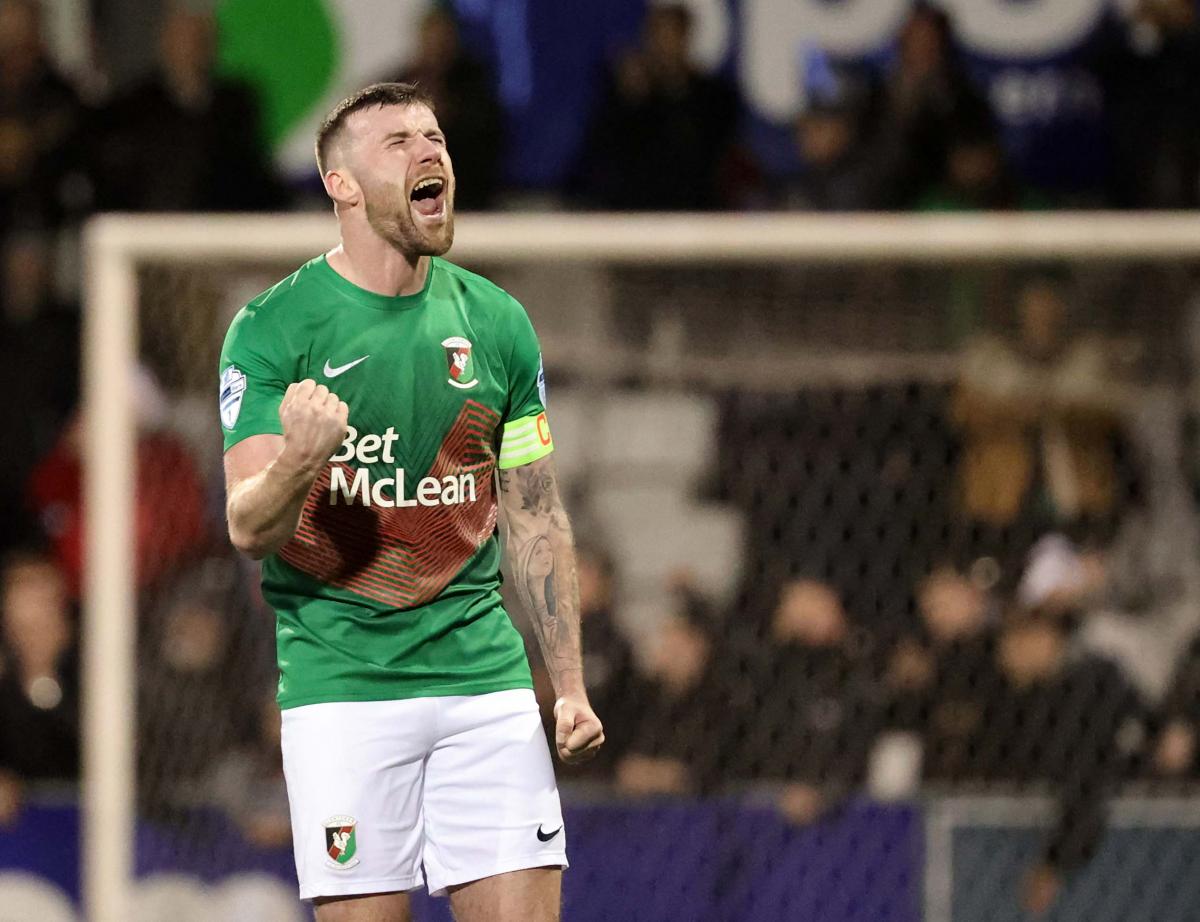 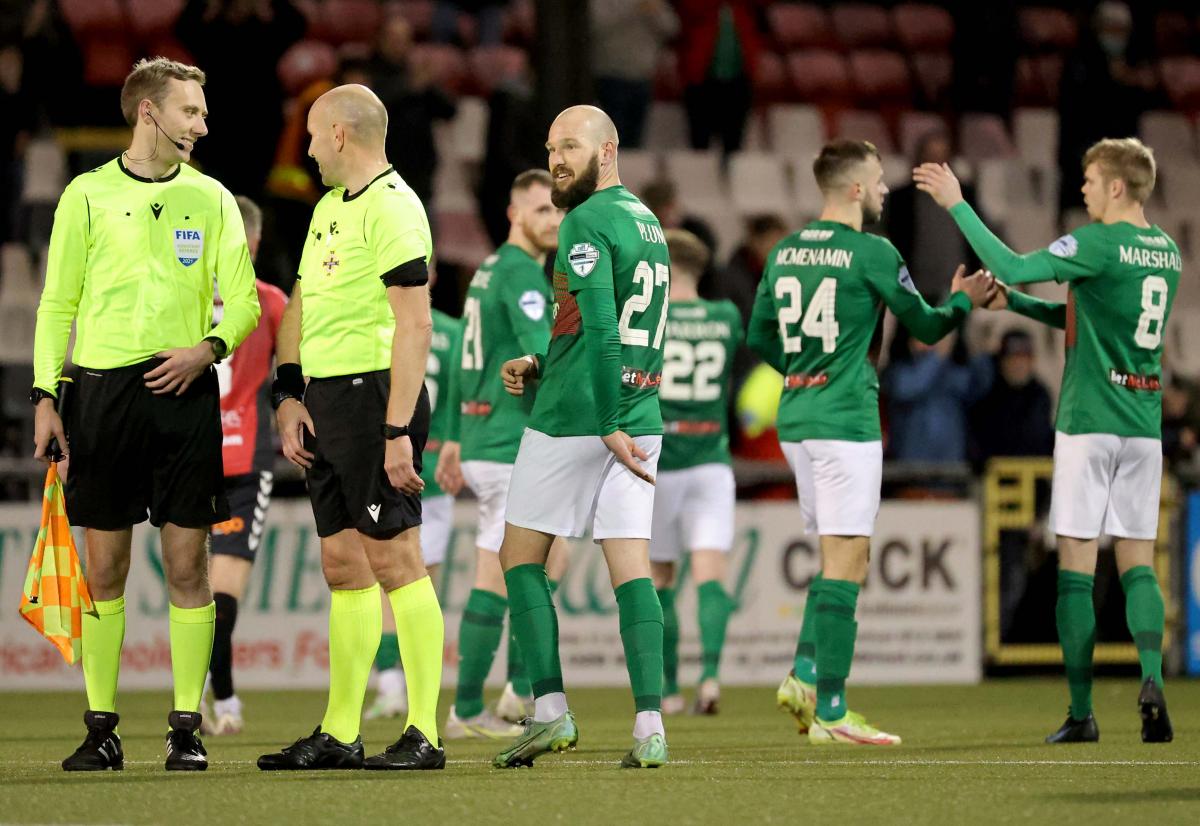 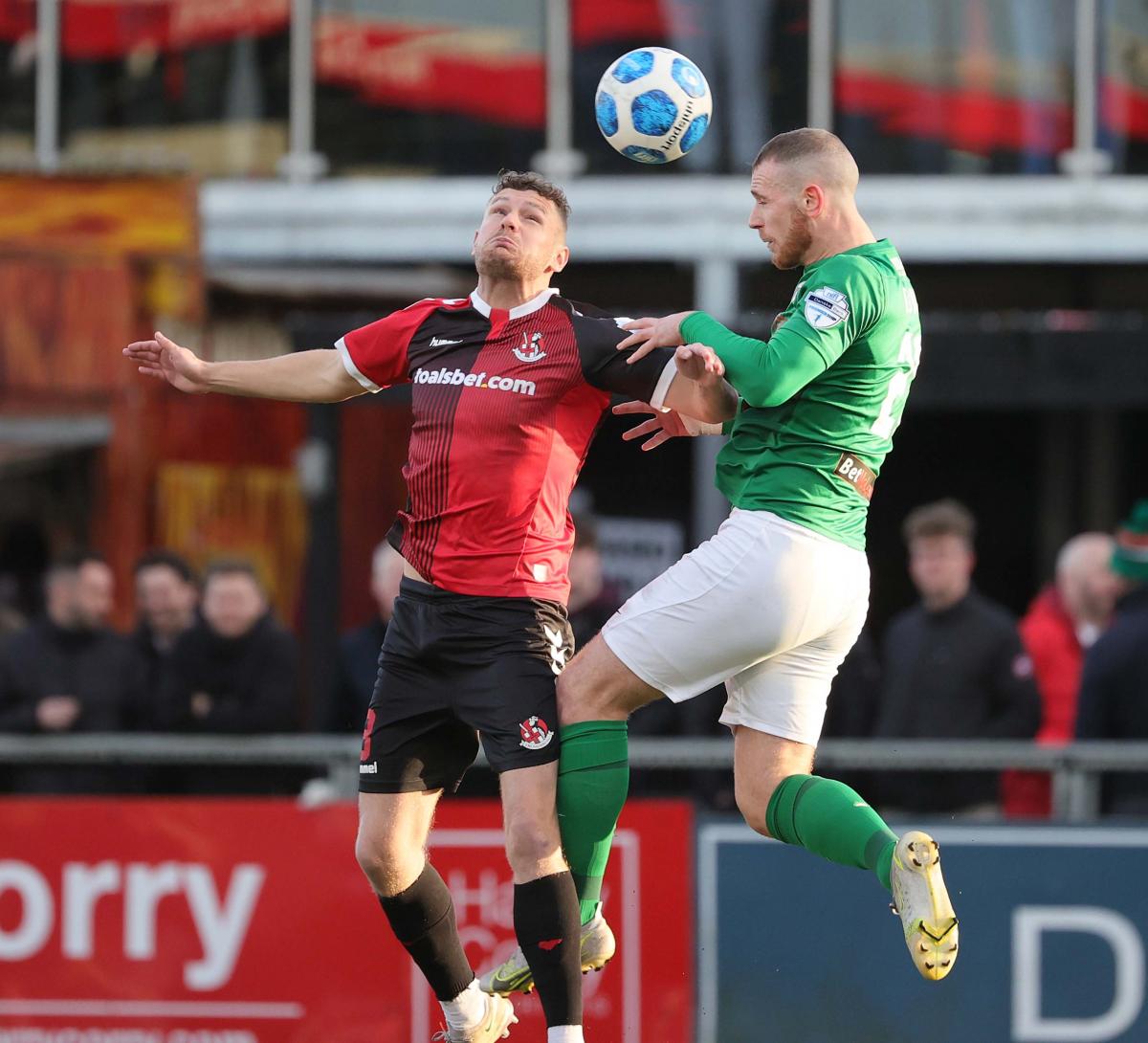