Glentoran FC is delighted to announce that both Paul O’Neill and Navid Nasseri have agreed contract extensions with the club.

Head Coach Mick McDermott said of the news: “Paul totally deserves this extension and it’s great for everyone at the club to know we now have him til at least the end of the 2021/22 season. He has come right through the ranks at Glentoran and now as a senior player he has shown fantastic commitment to our project. We, in return, have to repay that commitment and I’m happy we’ve been able to do that.   Paul is 19 years old and a great lad, a great player based on this year’s performances and still also a great prospect. I know a great future lies ahead for Paul.

Navid agreed a short-term contract a couple of months ago. Now, after being here and seeing what Glentoran has to offer - the squad, the fan support and the project – he very readily agreed to extend his contract. He has brought an increased level quality and professionalism to our squad and I look forward to him entertaining our fans for the near future.  Navid’s desire is to play European football and that merged with our plans. We are also very happy to get this deal extended.

I want to thank our Head of Recruitment Paul Millar for successfully getting these deals completed. Already since the start of the season we’ve completed new, extended contracts for Marcus Kane, Robbie McDaid, Cameron Stewart and now Paul and Navid. Obviously, we’re always looking to strengthen, but also we’re determined to hold onto and further develop the best talent already at the Oval.”

Paul said to www.glentoran.com after signing on Friday “I’m delighted to extend my contract with Glentoran as it’s a club I love playing for with a massive fan base who drive the players on. I’ve been given a good chance to establish myself this year under Mick and Windy as they’ve put their trust in me. So I really I want to do my best to keep performing well, scoring goals and do everything I can for the team so that hopefully in the next couple of seasons the fans will start seeing a lot of progress in this team we’re building and get Glentoran back where they should be and that’s challenging for trophies”.

Navid: “When I first came here at the start of October till the end of December to give me and the club a chance to get to know each other. But I’ve loved it since the day I arrived, and I really want to play a part in the project and in the club’s progress. I feel I’ve settled very well into the squad and I love the level of professionalism and ambition around the club. It feels like a club really going in the right direction, I’m enjoying the matches and the training, the support is great and so I’m really looking forward to contributing as much as I can over the next period.” 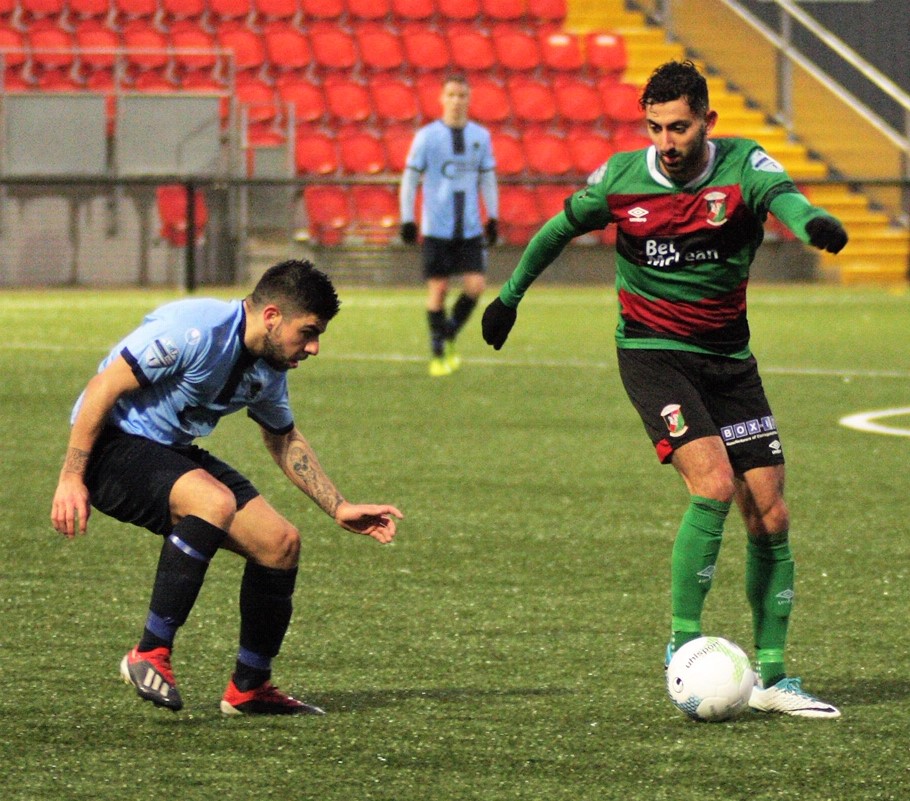