Glentoran FC is delighted to announce that both Robbie McDaid and Cameron Stewart have agreed contract extensions with the club.

Head Coach Mick McDermott said of the news: “As with Paddy McClean a couple of weeks ago, I’m pleased that both lads have committed themselves to the club. We will be looking to strengthen the squad in each transfer window as our club continues its climb, but equally it’ important that we hold on to the quality players who are already doing well for us.  I know that both Robbie and Cameron have been attracting strong interest from clubs currently above us in the table. That’s a great compliment to both lads, but right now I think Glentoran is a club that players want to come to as well as stay at. These are three players we could have lost at the end of the season, but they had no interest going anywhere else

Robbie has taken on a lot of responsibility this season with Curtis out injured since August and he’s responded very well to the challenge. He’s led the line for us and as well as getting his usual share of important goals – including the two late ones at Ballymena that got us our first win of the season – he’s got plenty of assists for his team-mates. He never stops working, has great pace, strength and stamina and the ability to score important goals. He’s a great asset to any squad and is still young at just turned 23.

Cameron has done very well since he came in. He was unlucky to pick up a niggling injury in pre-season, so he wasn’t able to start the season with everyone else. But he’s worked tirelessly since he recovered and given us great presence whether he’s played at centre half or up front. He’s young, tall, strong, very good in the air, holds the ball up well and is very quick in either position. He’ll get plenty of starts before too long and will have plenty to offer wherever he’s asked to play”. 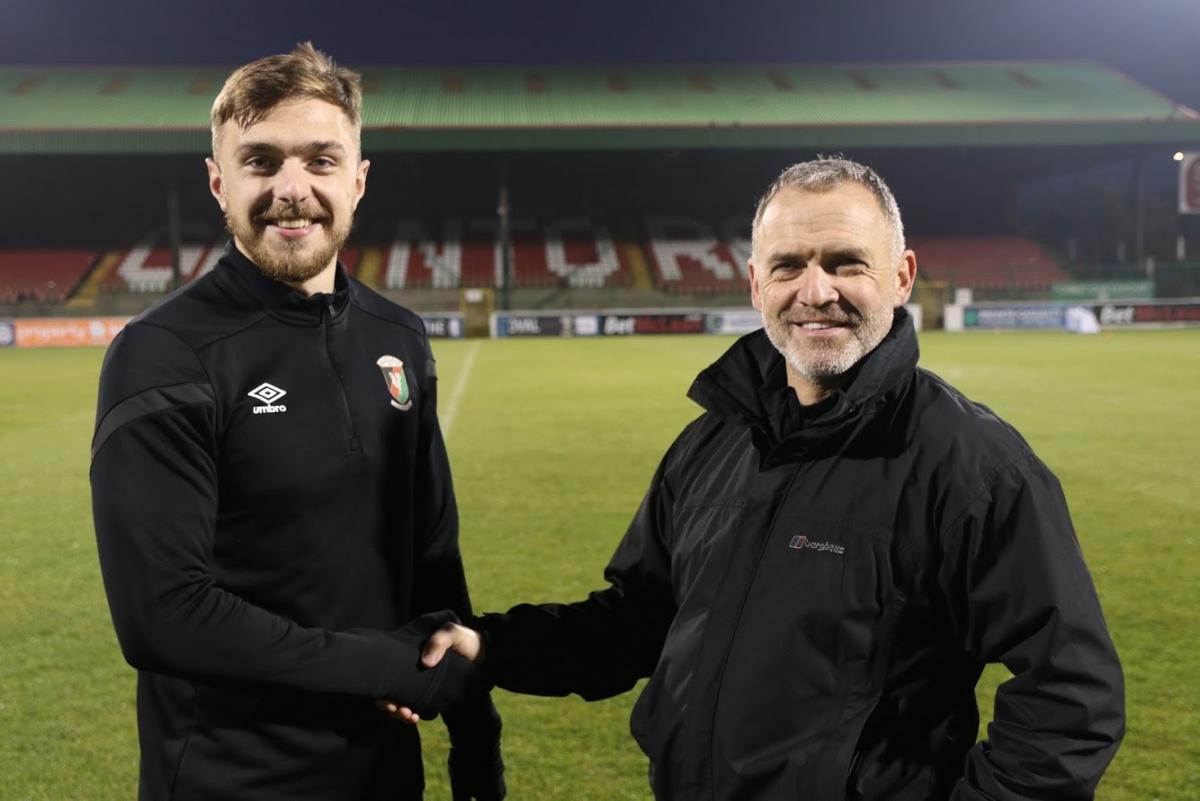 Robbie said to www.glentoran.com after scoring in Saturday’s win at Warrenpoint: “Obviously I’m very happy to have agreed a new contract with the club and I’m looking forward to knuckling down and continuing to work as hard as I can for the team and the club in this exciting new period. It fills me with pride walking out every week with that crest on my chest and I’m delighted to get this sorted so I can continue doing so.

Cameron: “Firstly, I’m delighted to sign an extension for two years and hopefully more. Since I’ve joined all the boys and the management have been great with me and made me feel extremely welcome. I’ve been very impressed with the professionalism of everything connected to the club and the ambitions of the owner and management to see success come back to the oval alongside what is very hungry group of players. I think the well documented improvements to the club show that we are moving in the right direction. 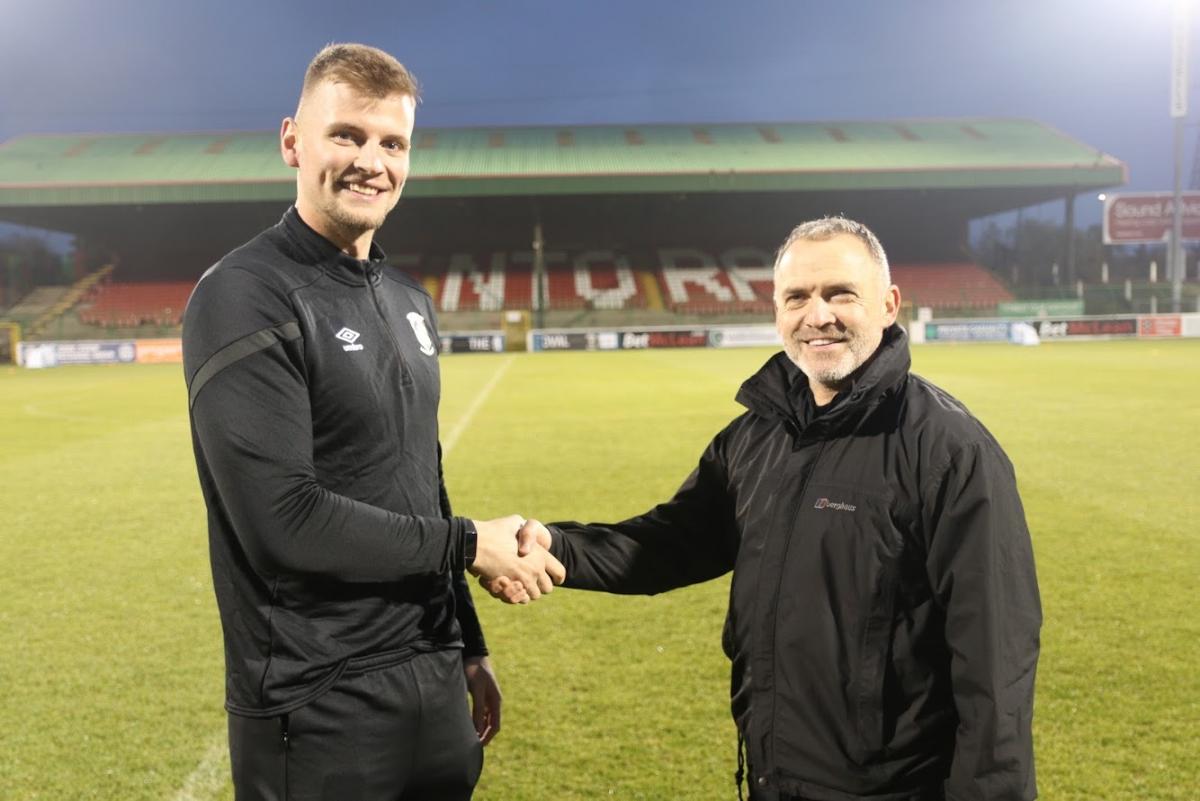 It’s a privilege to have the chance to bring that success back to the club and the supporters. I’ve loved every minute of it so far and hopefully as a team we can kick on and finish as high up as possible. When Windy spoke to me about signing an extension, it was a no brainer for me as both him and Mick have been first class. The gaffer’s training is quality and on a personal level I feel myself only getting better”.