The curtain raised on a new Danske Bank Premiership season as Glentoran and Coleraine fought out a scrappy draw that ended 1-1.

Coleraine made a bright start with some slick passing, however it wasn't long until the home side got into the game. A long ball from Elliott Morris found Jim O'Hanlon six minutes in, but unfortunately the youngster's cross was gathered easily by Wayne Drummond in the Bannsiders' goal. 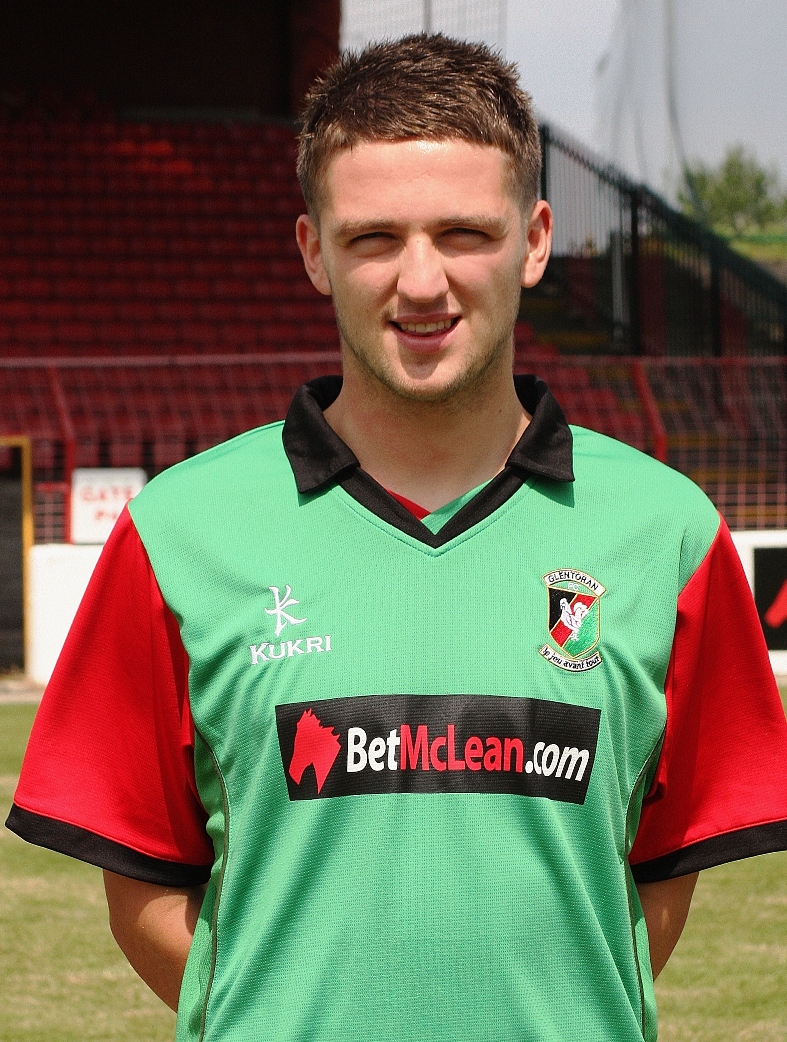 The Glens were beginning to dominate proceedings, and Jimmy Callacher went close with a powerful free-kick from twenty yards out that flew wide of Drummond's right hand post. O'Hanlon was reproducing the form that he showed in May's Irish Cup final win, and the young winger was indeed the man who forced the breakthrough after 24 minutes. A typical dancing run into the box saw him brought down, before he picked himself up and blasted the penalty down the middle - despite Drummond getting a hand to it.

The away side, who had a disappointing campaign last year after a strong start to their season, looked to bounce back immediately as just two minutes after the Glens had taken the lead, Howard Beverland was found unmarked at the back post; however his header lacked power, conviction and direction - Morris easily saving the effort.

On 37 minutes, the home side were again on the attack. Several crosses into the box caused mayhem and panic amongst the Coleraine defence, and a goalmouth scramble saw Jimmy Callacher force the ball home - only for the referee to deem his challenge on Drummond a foul; disallowing the goal. Seven minutes later and it was Oran Kearney's side threatening with former Linfield striker Gary Browne flicking the ball inches over the bar with Morris stranded.

On the stroke of half-time the home team had another opportunity to extend their lead. A Coleraine attack broke down and the green shirts swarmed forward. Scullion's run and pass found O'Hanlon six yards from goal however he failed to add to his earlier goal as he blasted over! A definite contender for miss of the season, however the youngster's blushes were spared as the linesman raised his flag to indicate an offside.

The second half began much as the first had ended with Eddie Patterson's side very much on the attack, and on 48 minutes two chances went begging that they would later rue. First, Scullion - playing against his old employers - broke clear of the Coleraine defence however he directed his finish straight into the arms of Drummond. Seconds later and Carl McComb was the culprit, producing a carbon copy of Scullion's attempt when both really should've scored.

The game began to get scrappy soon after, with fouls and stoppages causing the game to lose it's rhythm. An O'Hanlon snapshot and a Joel Bradley volley - both of which were comfortably saved by the respective 'keepers - perhaps the only efforts of note. It wasn't until the 66th minute that we saw another real chance - Beverland's header again lacking direction as he powered over when well placed. 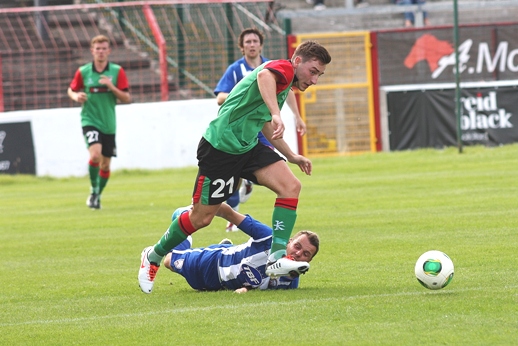 Unfortunately for home fans, this seemed to kick Coleraine and particuarly Shane Jennings into life - the forward first rattling the crossbar with a delightful curling effort before finally getting the equaliser for the away side. A period of Coleraine pressure saw the home defence fail to deal with several crosses before being punished by Jennings - the striker powering home from inside the box as the inquest began in the home defence.

A minute later and Bradley thought that he had given the Bannsider's the lead, however the Coleraine celebrations were proven to be premature as the linesman had his flag raised - much to the relief of the home support. The away side kept pressing for that winner however, with Bradley and former Glenman Stephen Carson both seeing efforts fly into the Sydenham Terrace.

In the 90th minute, it was Glentoran who were oh-so-close to grabbing the winner on two occasions. Initially, substitute Jordan Hughes fired an angled shot that Drummond managed to palm inches wide, before Howland's header bounced off of the crossbar and despite the best efforts of an outstretched Jimmy Callacher - the Glens couldn't force the ball home. Browne had one final opportunity on the stroke of full-time, but he directed his volley straight at Morris and both teams left the pitch with the points shared.

A decent performance and result against a slick Coleraine side, and with seven first team players unavailable due to injury or suspension it was a hard earned point. Next up we travel to Mourneview Park to face Gary Hamilton's Glenavon, who got off to an excellent start by emphatically defeating Ballymena United 6-3 at the Showgrounds today. 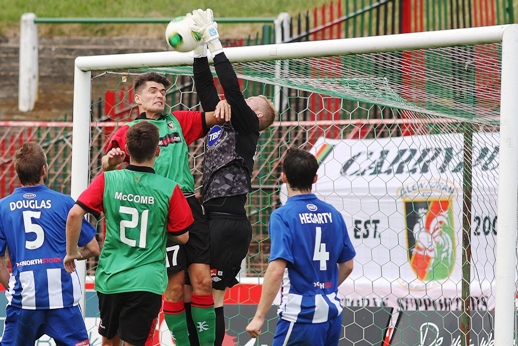