The Glens left the bright lights of the city behind to make their way north in the hope of not only capitalising upon their last match victory against Coleraine, but to improve upon Tuesday evenings disappointing League Cup exit against Crusaders. 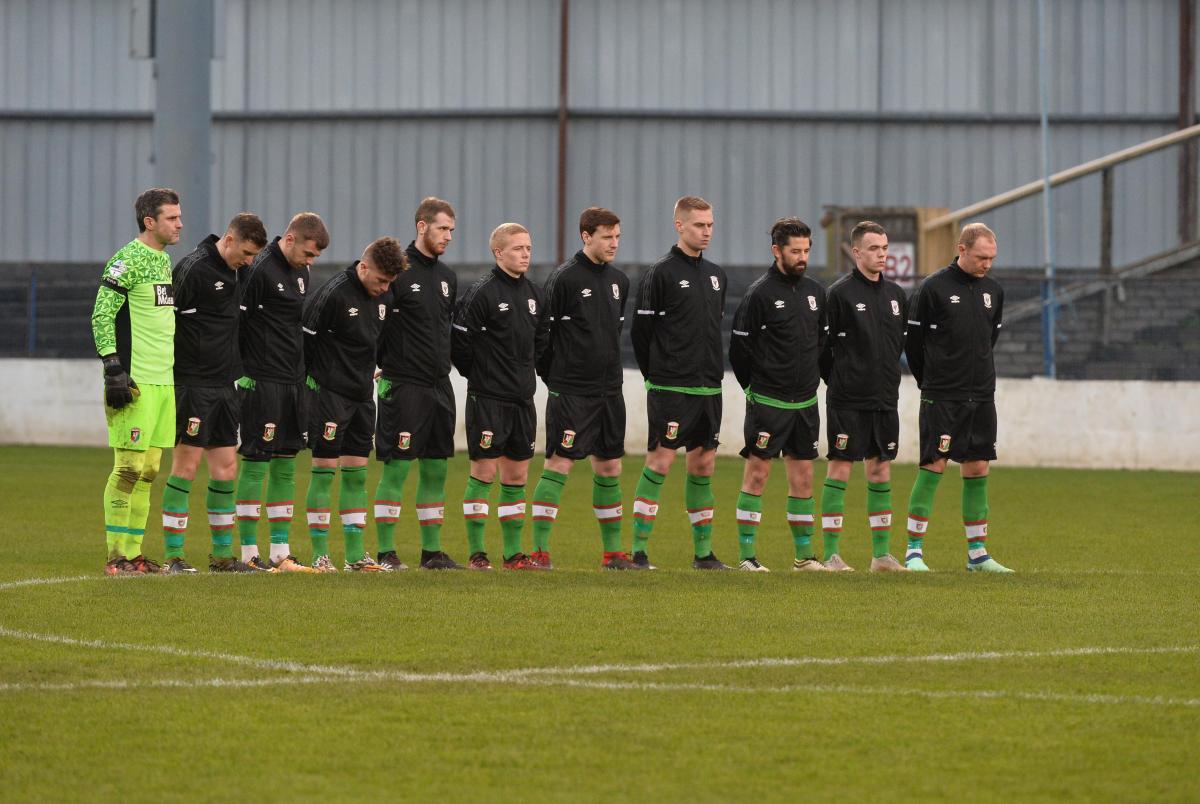 Before the match started, a respectfully observed minutes silence was held for Derek McKinley, the former Glentoran and Northern Ireland kit man who sadly passed away this week. 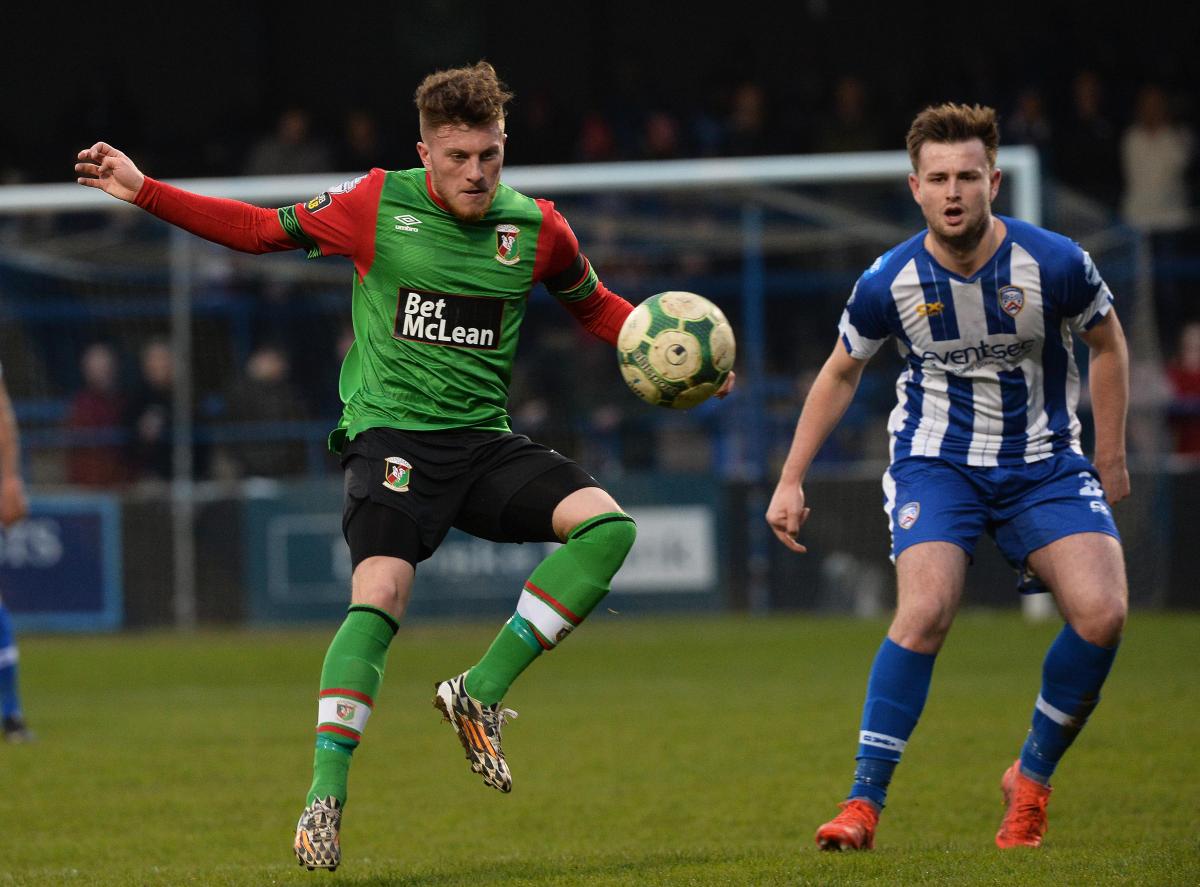 Joe Crowe returned to the squad in the centre back role, with Willie Garret taking up the right back position and Nathan Kerr moving into right midfield. The early stages of the game witnessed both teams making mistakes on the dry bumpy pitch, but it
was the Glens who started the brighter with Marcus Kane failing to get his header on target following a Conor Pepper corner. On the 24th minute, the well placed Pepper on the counter-attack was uplifted by the yellow carded Harkin. The resulting free kick was swung in by Ross Redman, meeting the head of the inrushing Robbie McDaid who glanced the ball into the top corner of the net; one - nil. 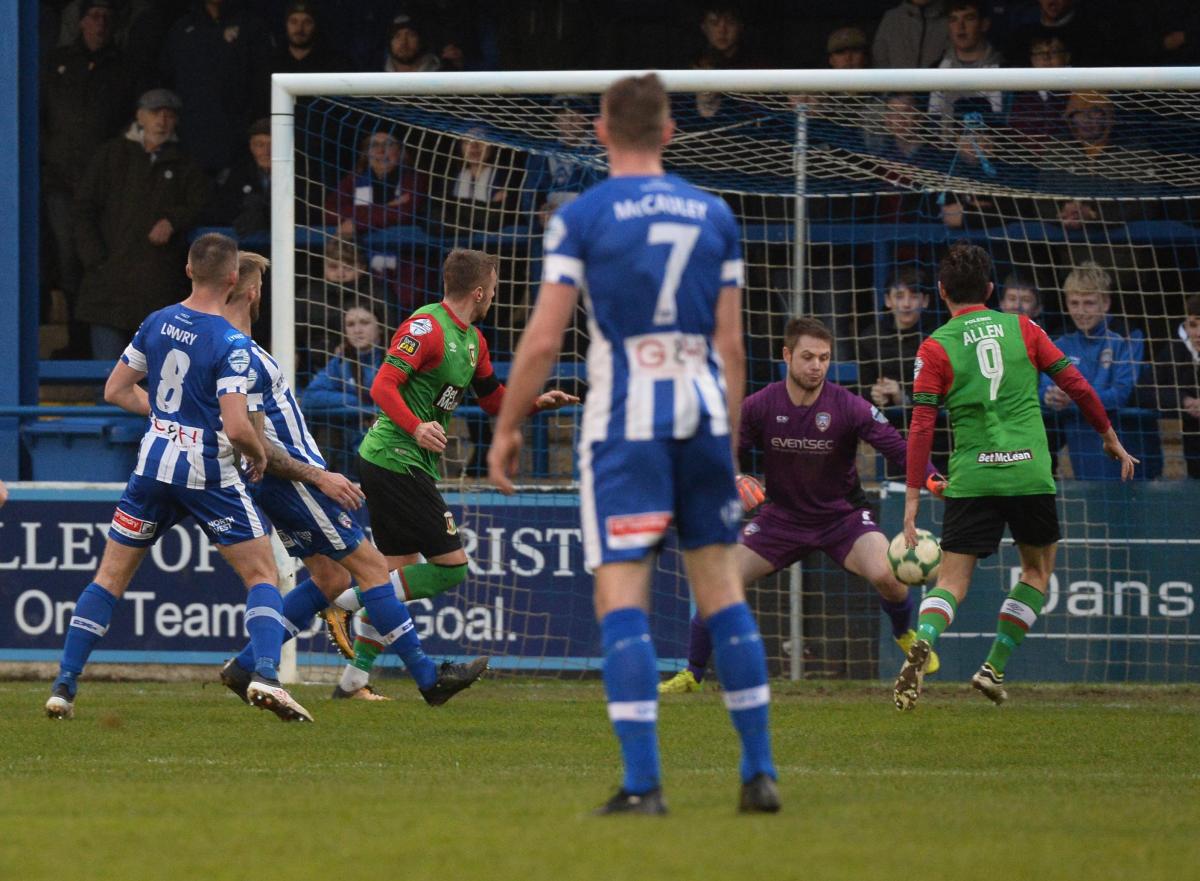 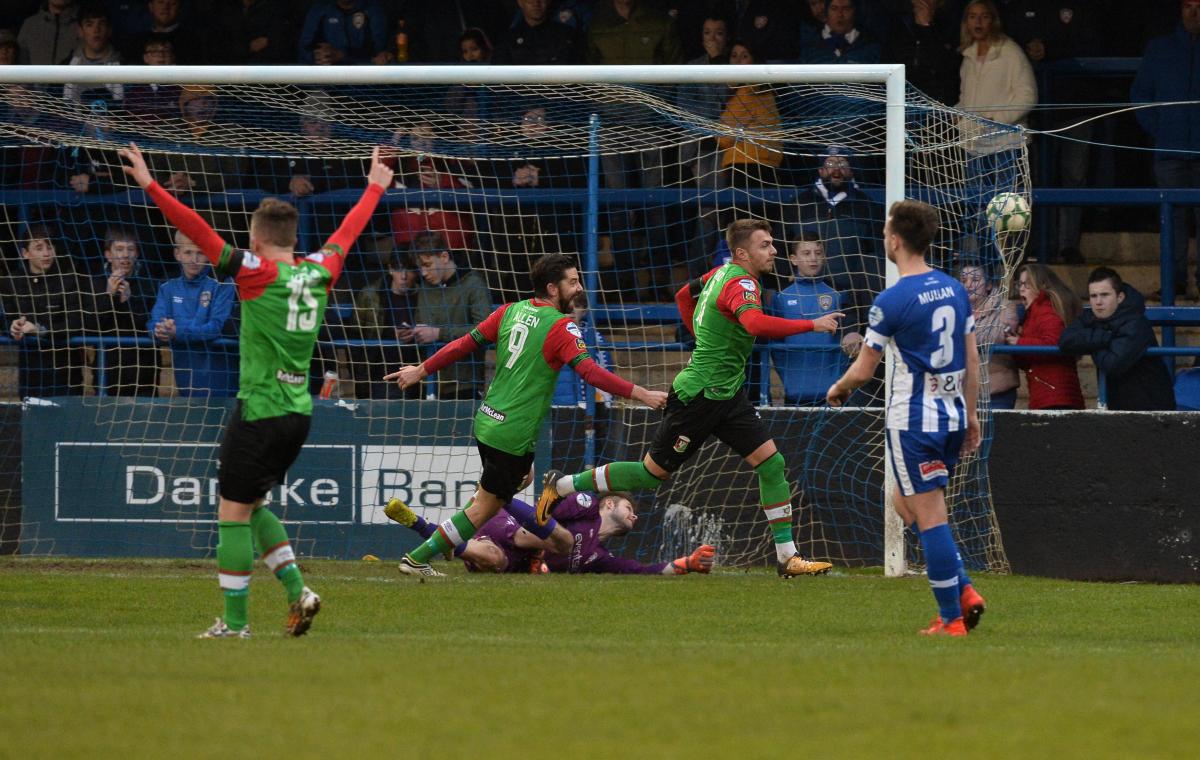 Robbie has really settled well into the team and his powerful forward runs coupled to this skill with the head are a danger to any team in the league. Although the well positioned Eoin Bradley seen his shot go high over the bar on the 32nd minute, it was the Coleraine keeper Chris Johns who was kept the busier of the two keepers. As the game entered the last few minutes of the first half, Eoin Bradley was starting to show frustration and was guilty on several occasions of some dubious tactics in his tussles with Calum Birney, which only earned him a lenient telling off from the referee. Indeed just before half time he should have seen yellow when he kicked out at Birney from the ground. Following the half time whistle, Bradley decided that it was worth continuing with his comments to the referee and he must have gone well
beyond what is acceptable as he was shown a straight red as he was leaving the pitch. 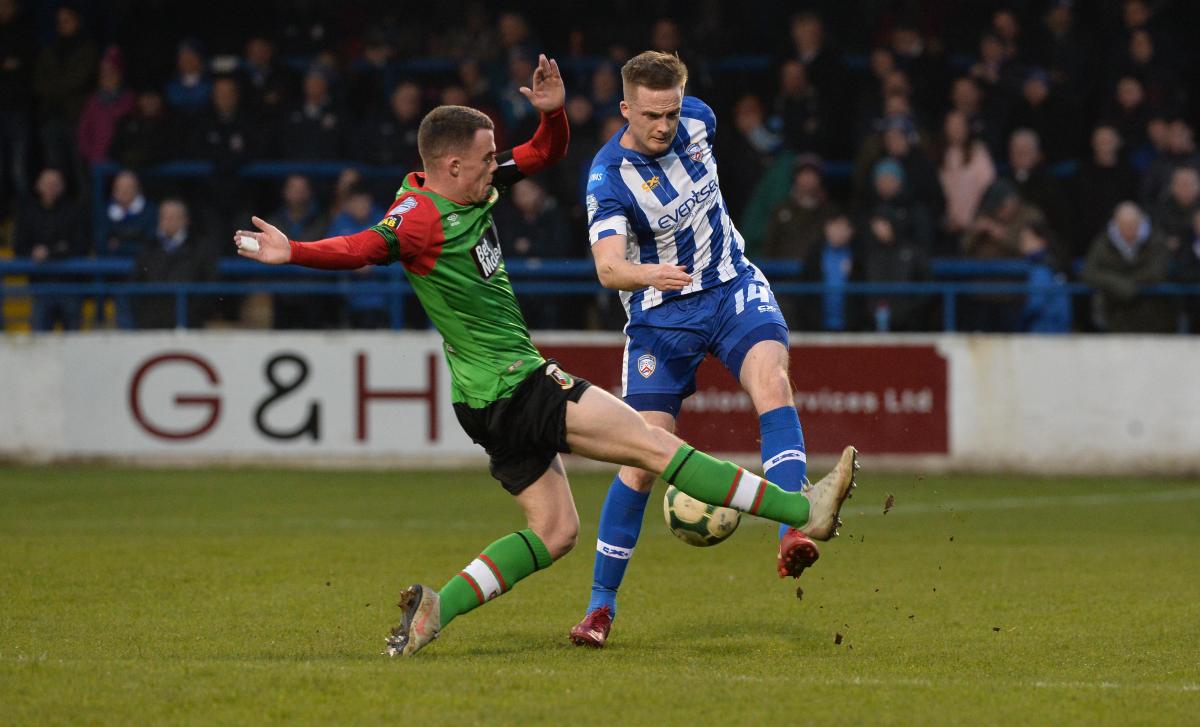 Credit must also go to Calum Birney who acted professionally during a sustained period of provocation and disappointing gamesmanship. 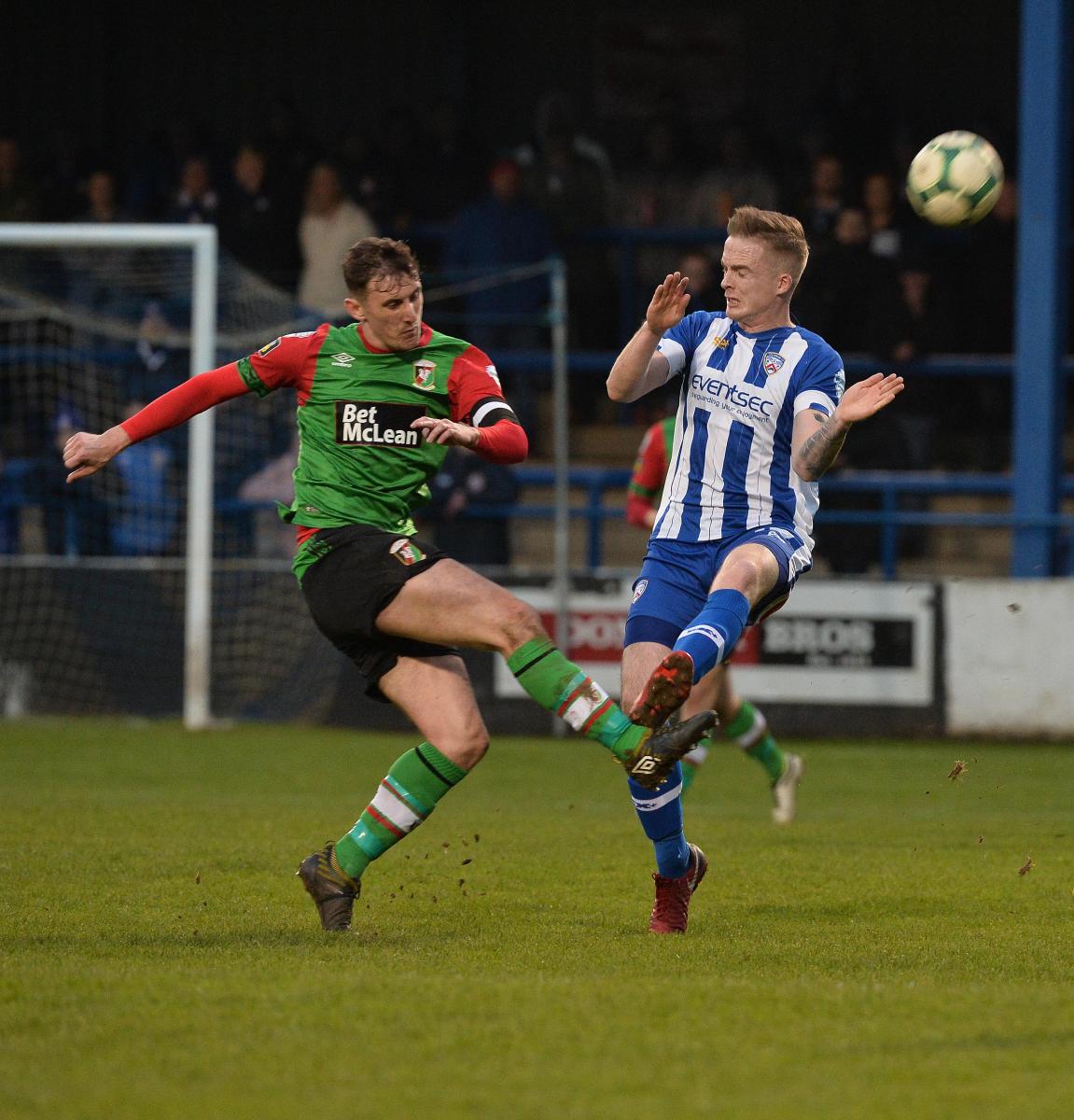 The second half saw ten men Coleraine start with a rejuvenated determination, and on five minutes in, Darren McCauley found himself alone on the left flank before going past both Calum Birney and Willie Garret to fire his shot past the advancing Elliott Morris, one - one.
Although Coleraine looked good on the break, a Ross Redman free kick on the 60th minute seen Birney heading just over the bar. The second half continued apace with some meaty tackles going in, with Willie Garrett booked for intercepting another strong run by Darren McCauley on the left flank which was increasingly looking vulnerable, with apparent space for the Coleraine attackers to exploit. A period of handbags ensued following Stephen Lowry's attempt to take the free kick, with the referee, probably rightly, taking no action. 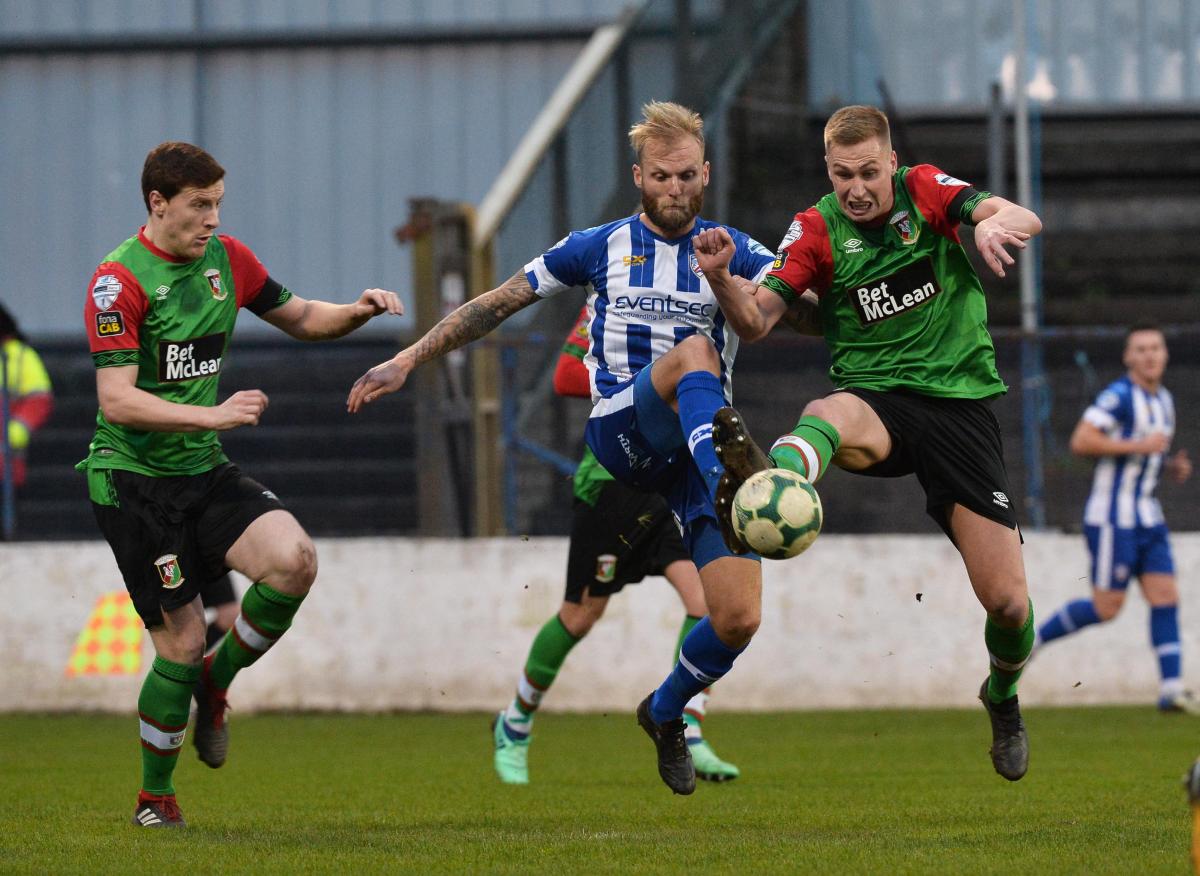 The unmarked Curtis Allen was then afforded an opportunity to score but was unable to connect to the through ball from Conor Pepper. With 20 minutes remaining, Cricky Gallagher, who was impressive throughout the afternoon, found space in the Coleraine box to link up with Marcus Kane who passed to Nathan Kerr for his shot to trickle wide of the net. Coleraine then had a further opportunity when the yet again unmarked McCauley seen his shot from the right flank go wide of the post. 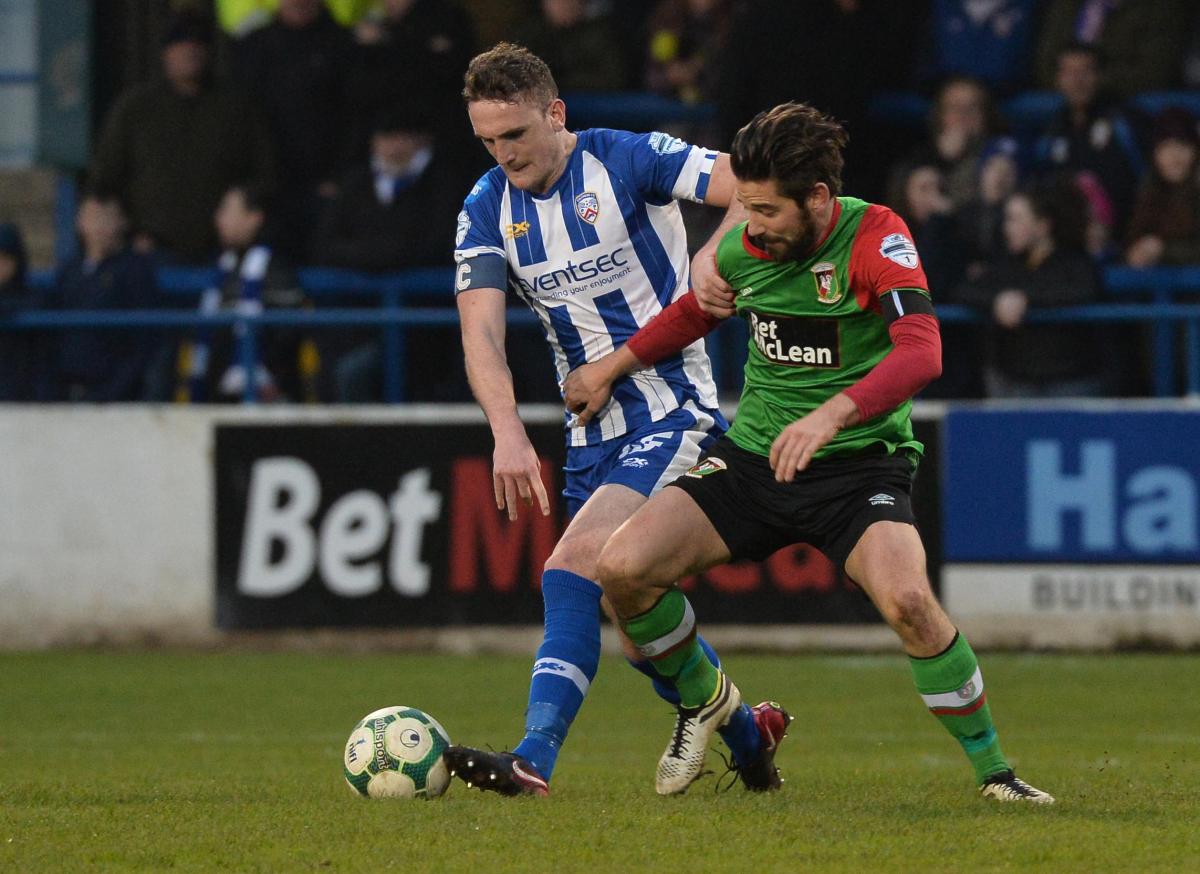 The last ten minutes of the game saw both teams seeking out the winner, with a series of Glens free kicks met by a determined Coleraine defence. The final score, one - one - a fair result on reflection. Although the deserved dismissal of Eoin Bradley
should have swung the game in favour of the Glens, it left a very strong and determined ten man Coleraine with the Glens failing to capitalise on the extra man. 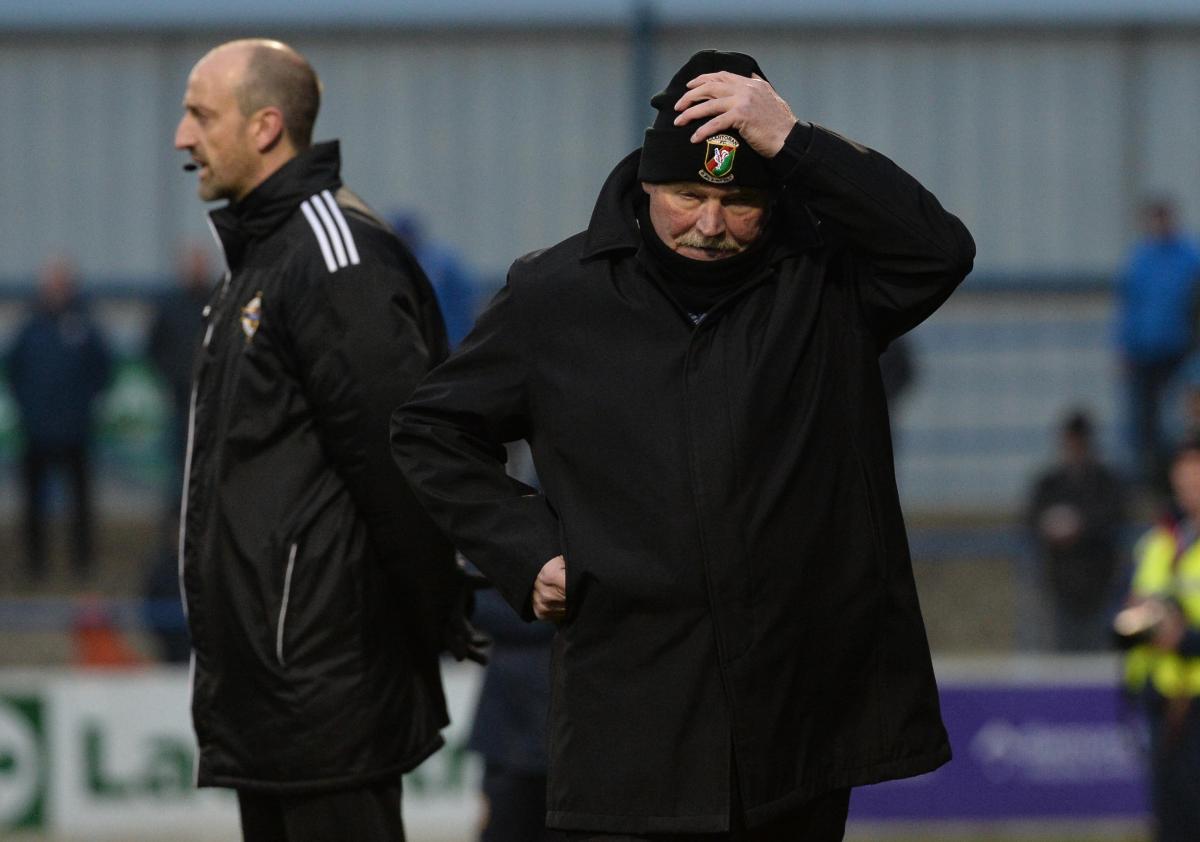 Probably Ronnie McFaul is the more disappointed manager as we were one up against ten men and to a large extent had controlled the first half but Bradley ended up being more inspirational to Coleraine in the dressing room rather than on the pitch. 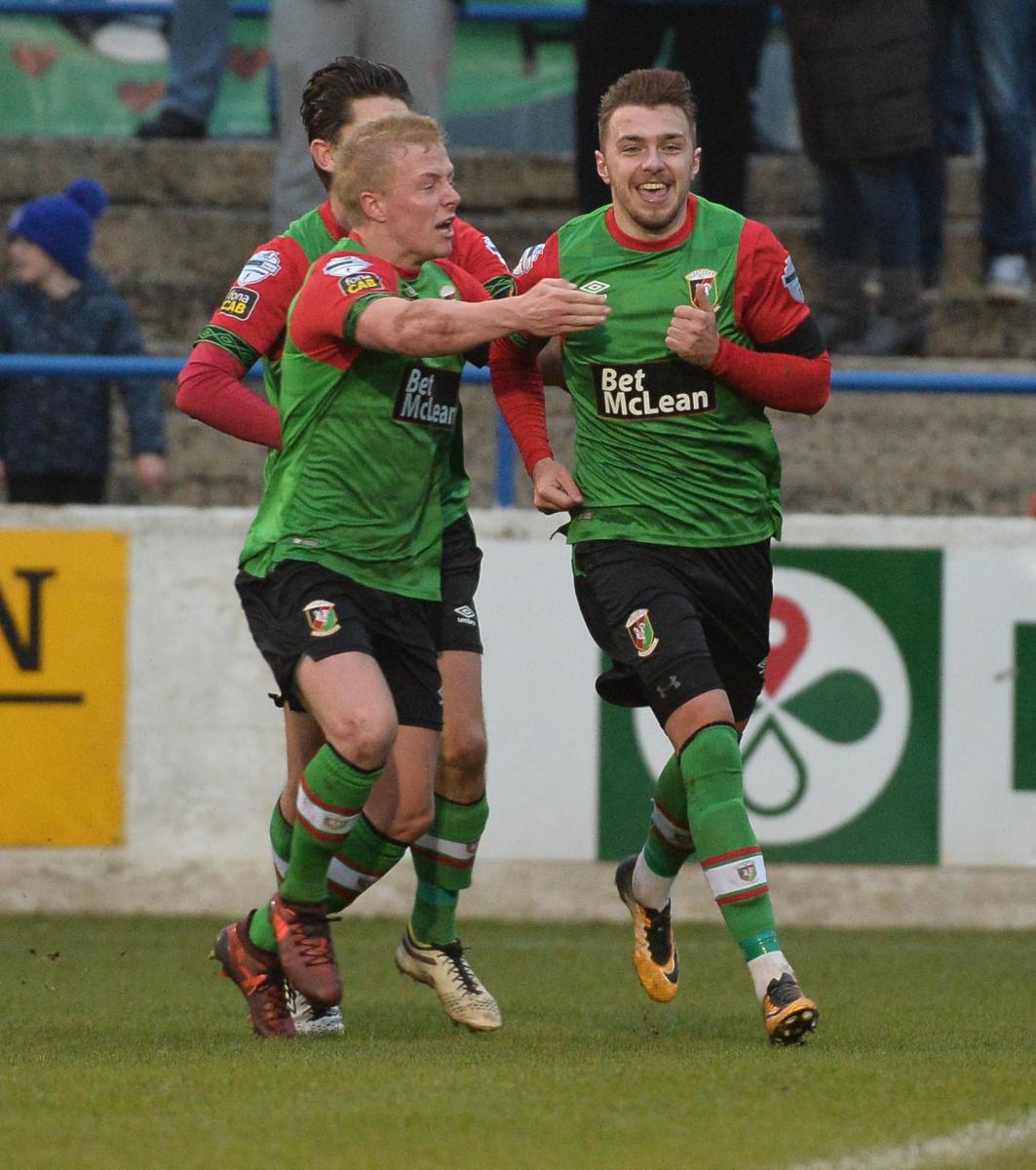