Glentoran bowed out of the Tennant’s Irish cup after a battling but ultimately wasteful performance at the Coleraine Showgrounds on Tuesday night. Darren McAuley’s early goal was enough to see Coleraine through to the last four. Glentoran made one change from Saturday’s draw at Glenavon with Saturday goalscorer John McGuigan coming into the side in place of Peter McMahon. With a big crowd on hand and a large Glentoran contingent and there was a definite sense of importance in the air and with it a tentative big game feel. This was clear early on in a cagey opening to the game during which neither side mustered a serious attempt on goal. Unfortunately for Glentoran the first shot on target ended up in the net. Darren McAuley and Jamie McGonigle were given too much space to exchange a one two on the edge of the Glentoran penalty area and McAuley’s low shot bounced up in the uneven goalmouth and over a diving Morris. 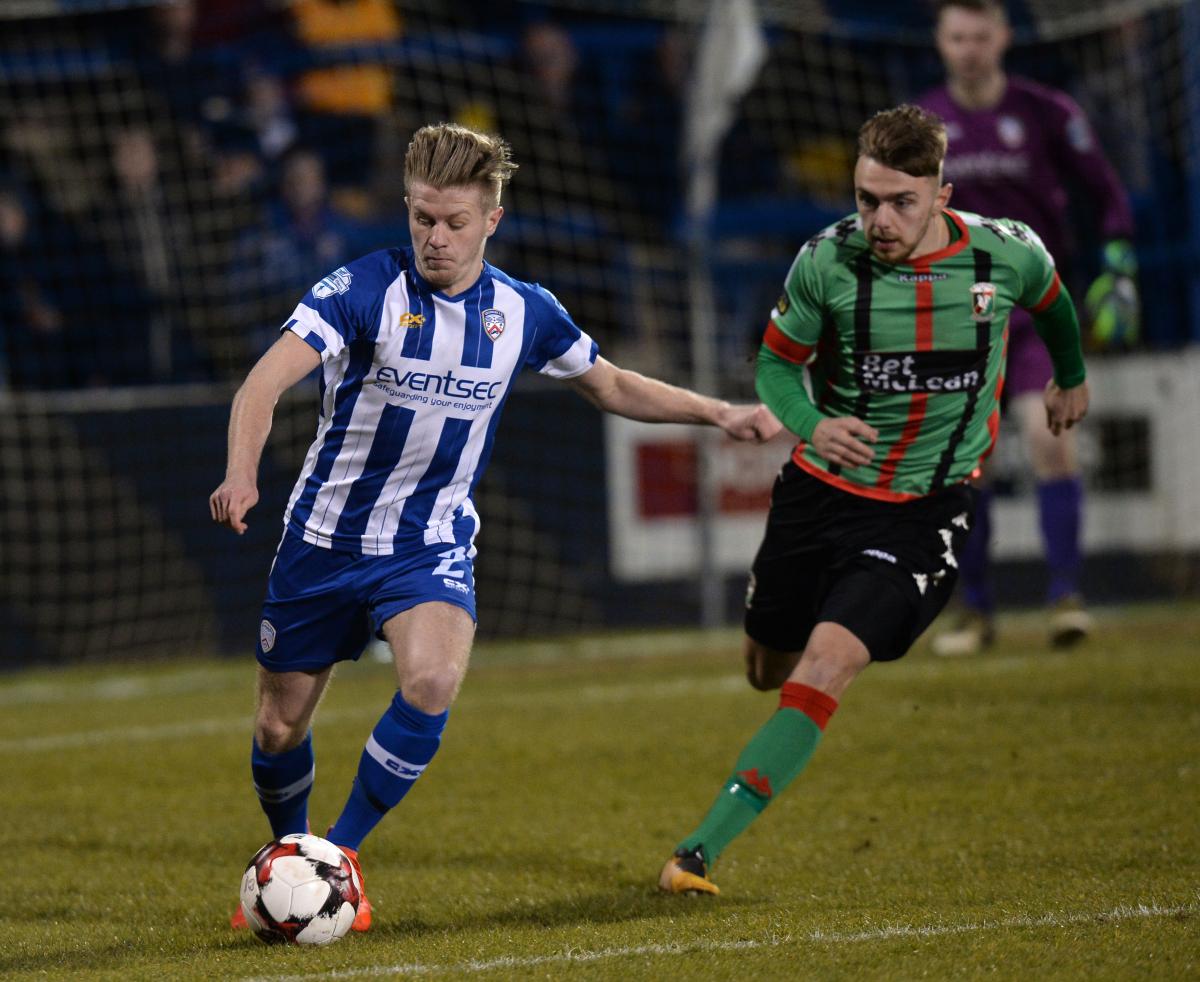 The home side were quickly handed a couple of chances to extend their lead when Eoin Bradley was awarded two very soft free kicks but McConaghie and Harkin couldn’t convert. Shortly after McAuley was presented with a great chance but blazed over from 15 yards as Glentoran struggled to gain a foothold in the game and were lucky not to be further behind. 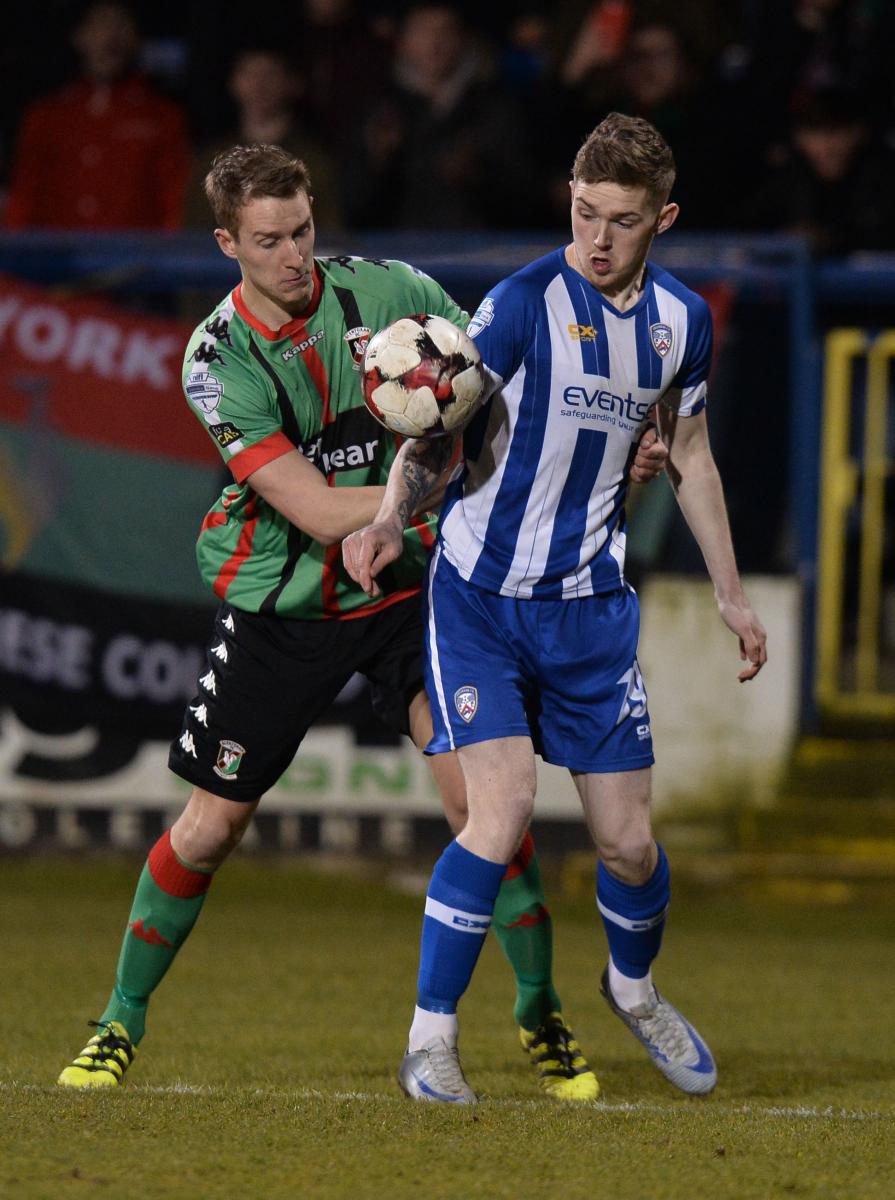 Gradually however the visitors settled and began to ask questions of Coleraine. Curtis Allen unsuccessfully attempted to lob Chris Johns on the half hour mark but the Glens were generally restricted to long throws and crosses. That was until just before half time when Chris Johns made what would prove to be the game’s crucial saves. A free kick caused chaos in the Coleraine box as a combination of Kane, Gordon and McDaid all drew saves from Johns in a goalmouth scramble, the last effort in particular had the away support ready to celebrate but Johns’ reflex save denied McDaid and the Glens a leveller. Within a minute of that scramble, Johns saved Coleraine again, flinging himself to his right to tip Curtis Allen’s free kick round the post. 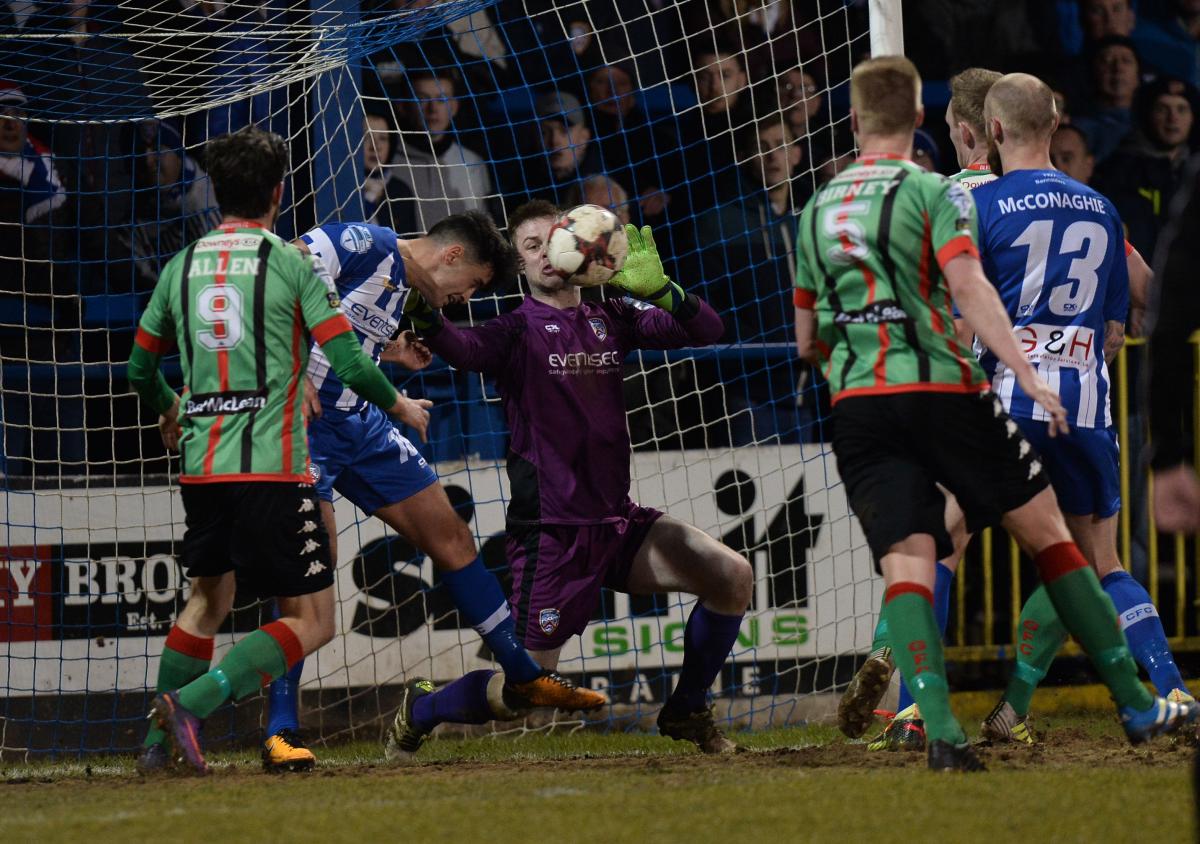 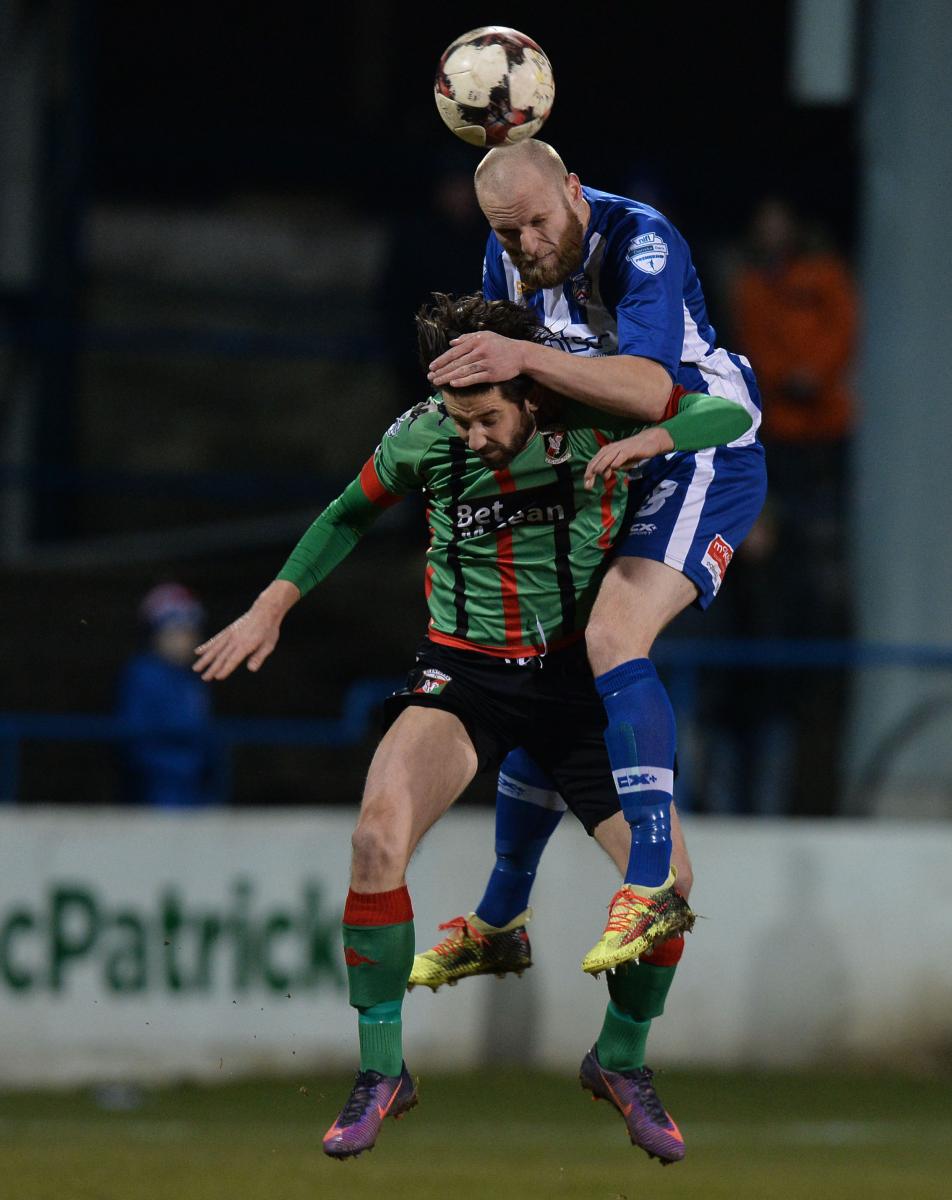 The second half began as the first ended, with a chance for Glentoran. John McGuigan played McDaid through but the striker stumbled at the vital moment and the chance was gone. The same man hooked an effort over the bar a few minutes later as it felt Glentoran were closing on an equaliser.

Coleraine responded well though and produced a good 15 minute spell during which Bradley dragged a good chance wide and McAuley and Harkin forced good saves from Morris but they were largely restricted to long range efforts with Birney and Addis controlling Bradley and McGonigle well. With 20 minutes to go Glentoran came agonisingly close as Stevie Gordon made a good surging run and teed up Curtis Allen who bent an effort inches wide of the top corner from 25 yards. 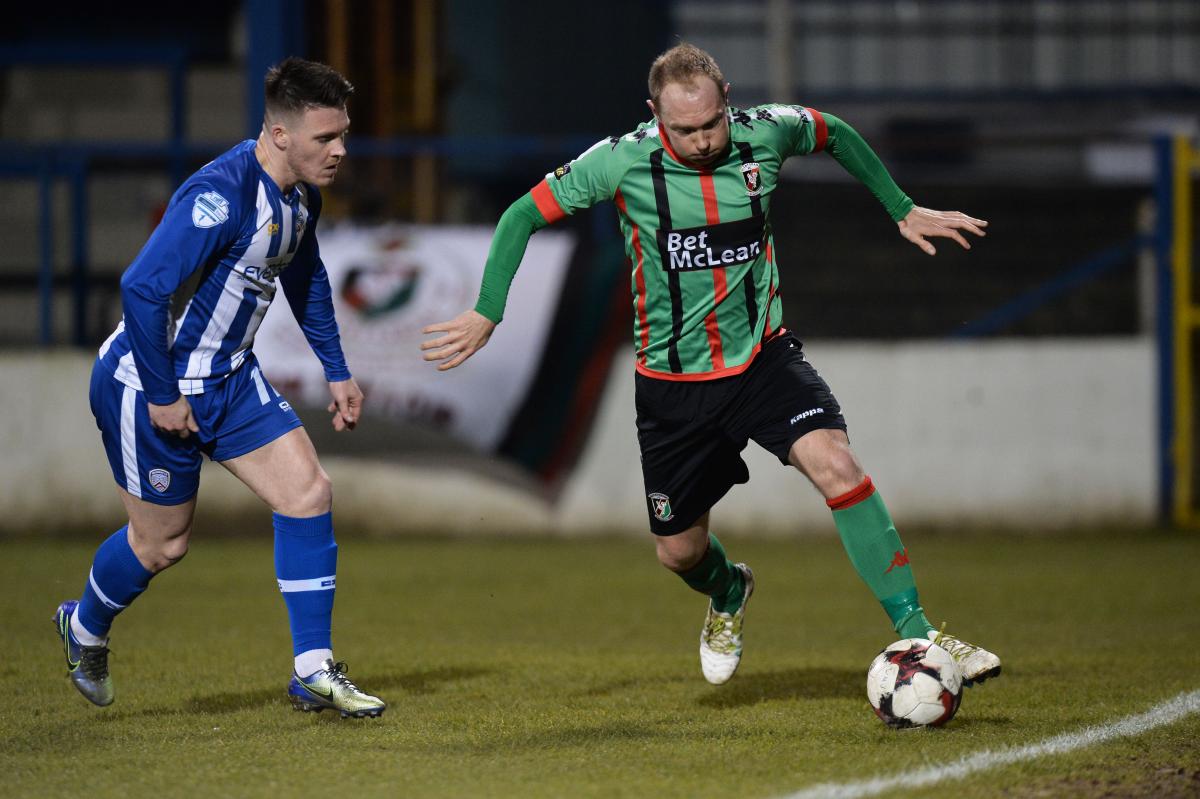 15 minutes later Allen headed wide after a great cross from substitute Dylan Davidson as a late bombardment commenced. Stevie Gordon then had a great chance after a lovely exchange of passes with Dan Kelly but his shot from 15 yards was right at Johns. As the game moved into stoppage time and Glentoran threw everyone forward, Bradley should have finished the game for Coleraine but he couldn’t find the target when played through. There was still time for Johns to deny Glentoran again as he made a comfortable double save from Allen and then Dan Kelly could only shoot straight at the former Southampton youngster from a tight angle in the dying seconds. A frustrating night for Glentoran, the large support left disappointed but appreciative of the effort and desire shown in trying to find the equaliser. 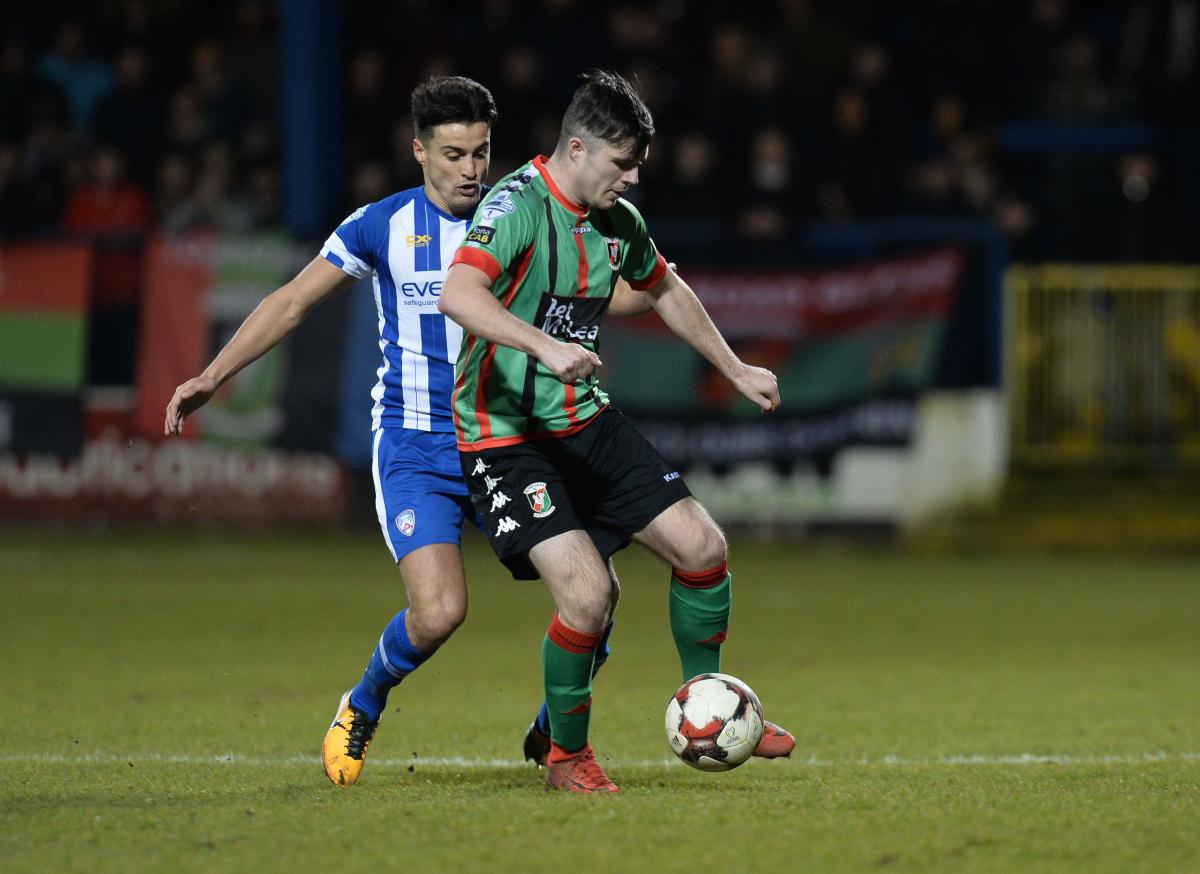 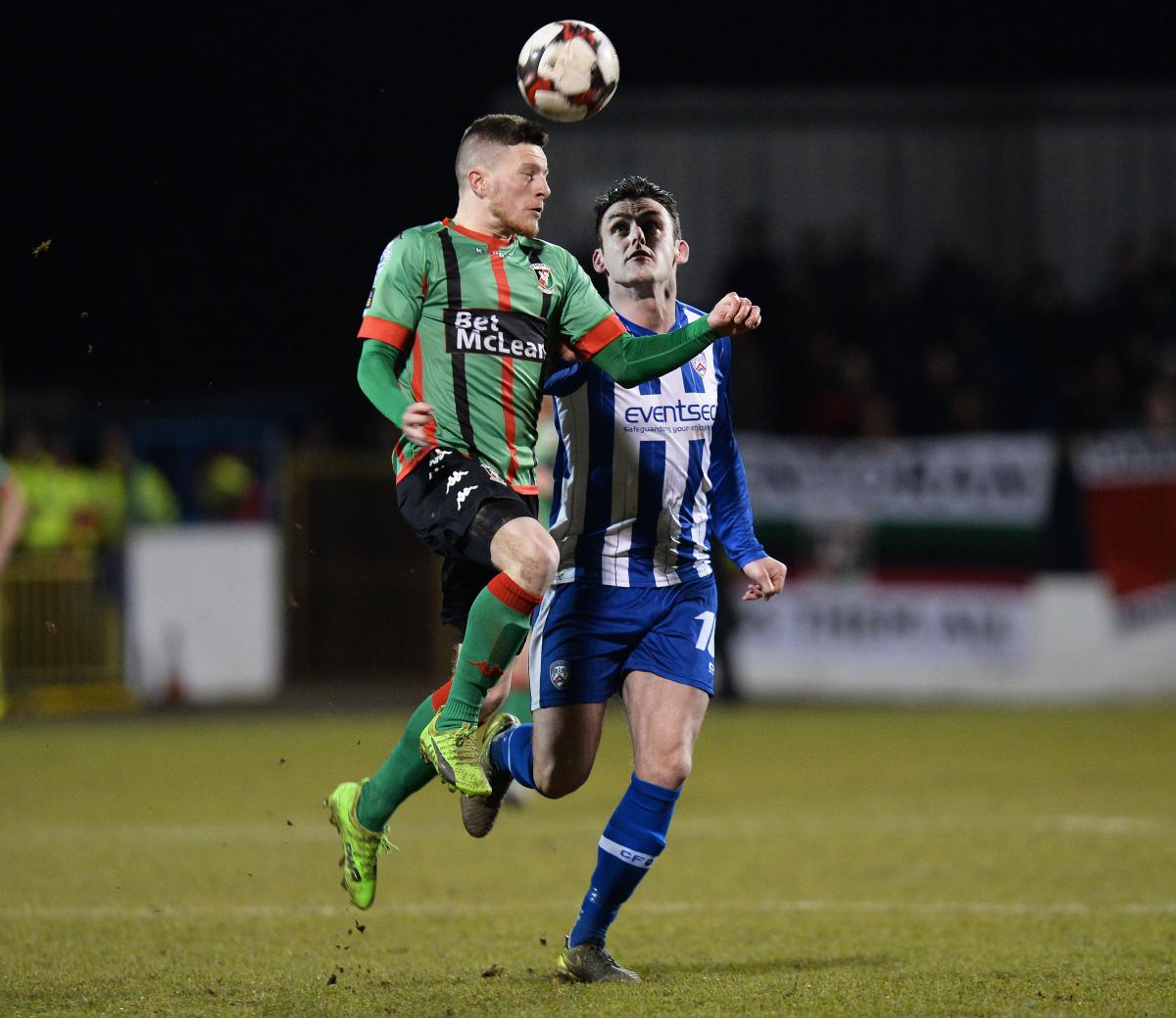 Ronnie McFall must lift his players for a trip to the National Stadium on Saturday where we face a Linfield side also looking to bounceback from a midweek Irish Cup Exit. 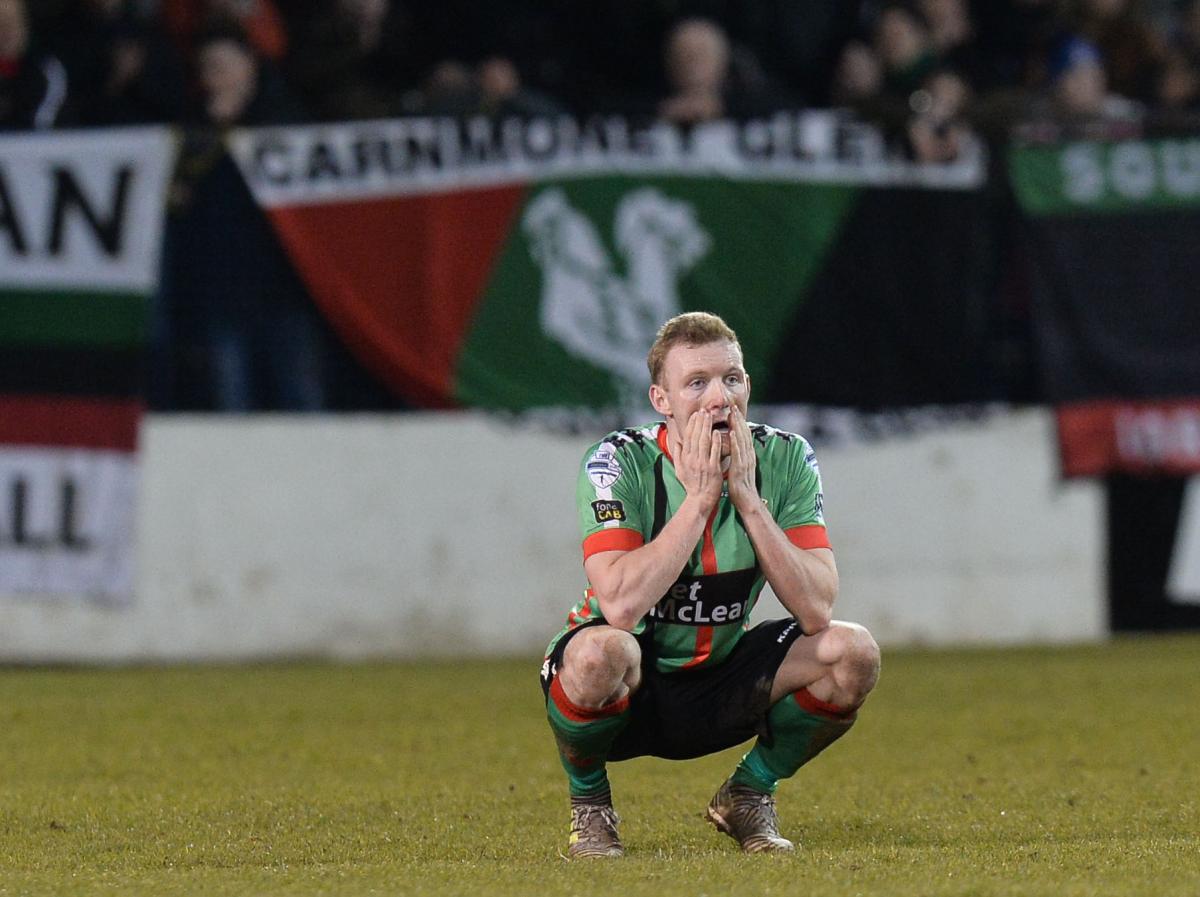 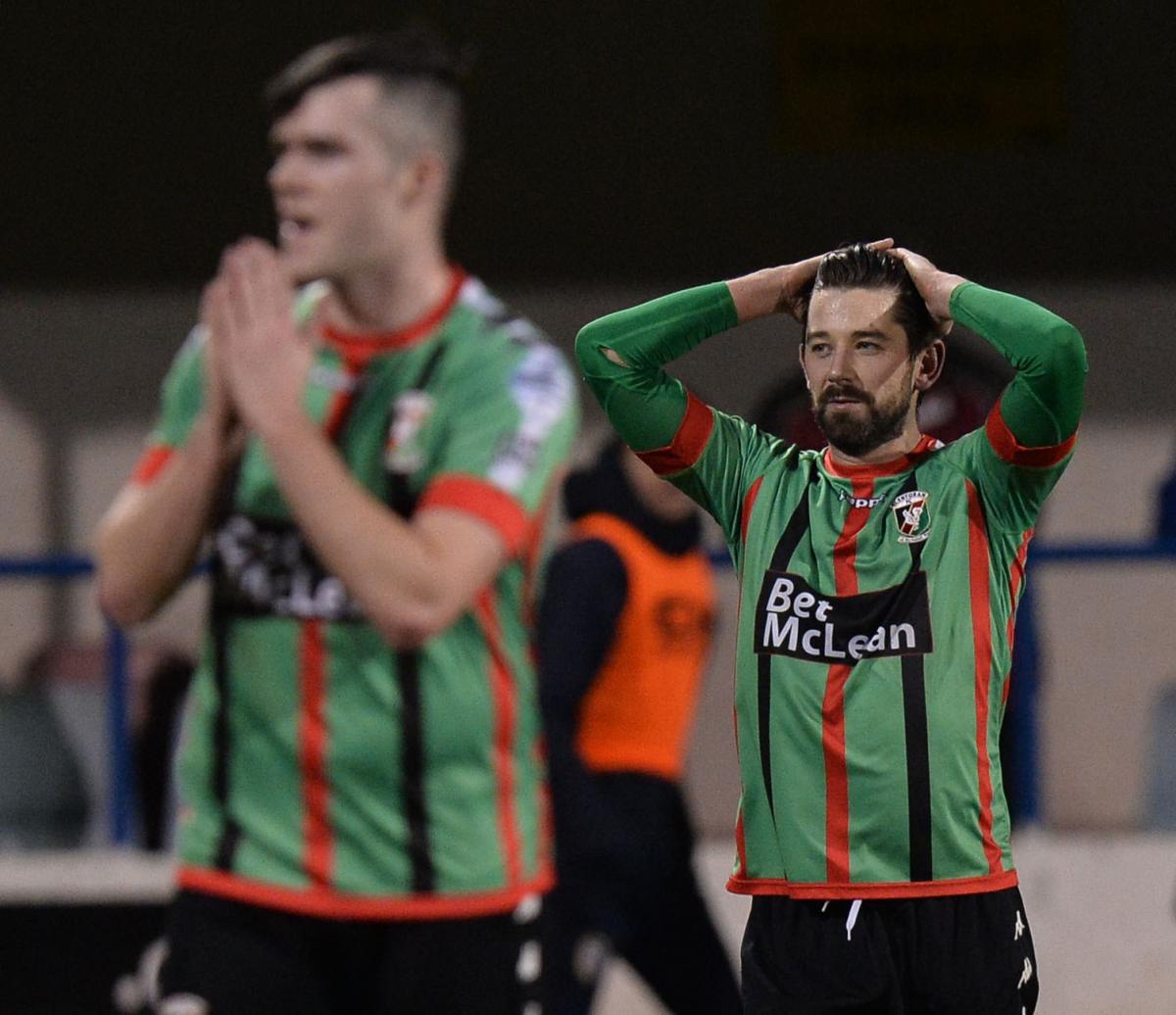