A limp Glentoran were unable to build on their opening day win as they went down 2-0 at Solitude against Cliftonville. A healthy crowd filled the north Belfast arena including a sell-out away end however it was the red sections that experienced all of the joy. 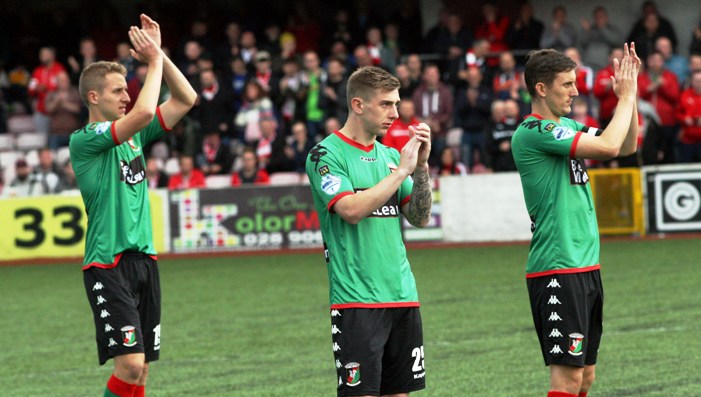 Within two minutes Cliftonville came close, with Jay Donnelly whipping a ball into the box and Daniel Hughes nodding just wide. Truth be told, Glentoran actually looked the better side for the first half hour - albeit in what was a dull and dour game. On 17 minutes Curtis Allen was inches from connecting to a Redman cross for a tap-in, whilst Marcus Kane vollyed well over soon after with the Reds' goalkeeper Jason Mooney stranded on his penalty spot. Eric Foley was dictating the play brilliantly, and the Glens were getting into good positions - unfortunately failing to create any real threats on Mooney's goal.

On 44 minutes Cliftonville took the lead with their first meaningful attack. A Donnelly header caused confusion in the Glentoran box and - after a brief goalmouth scramble - Chris Curran buried the loose ball in front of his own fans. Disappointingly, Reds midfielder Ryan Catney opted to celebrate infront of the away end - much to the anger of the east Belfast faithful. 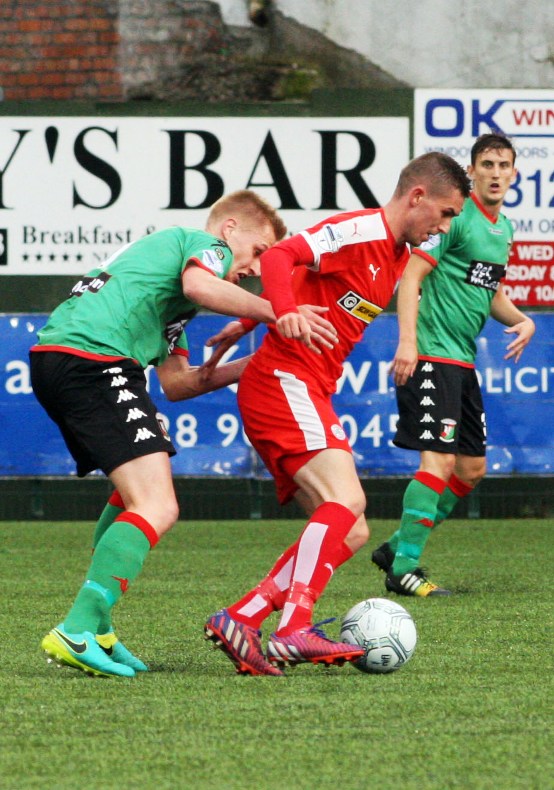 That really was about all that can be said about the first half. It was cagey and quiet, but the Glens did start the second half well with first Allen and then Foley testing the 'keeper from distance - the latter from a free kick - however in all honesty it was a performance lacking invention from Alan Kernaghan's men with the long ball constantly being used to no avail given the size of the Red's centre half's and goalkeeper who must've averaged about 6ft 7.

The change that everyone wanted to happen occurred on 67 mins with Nacho Novo and Kym Nelson replacing Ciaran Caldwell and Jonny Smith respectively, and the ex-Rangers star produced a magical first touch that sent Allen towards goal. Unfortunately it came to nothing, but it gave the away side a bit of a lift for a few moments.

Unfortunately, in an extremely frustrating display the Glens failed to muster so much as a single dangerous attack from there on in, and truth be told they hadn't looked like scoring all game. Meanwhile Cliftonville came forward with purpose and despite not really testing Elliott Morris, the combination of Curran, Donnelly and Jude Winchester gave the Glentoran defence plenty of frights.

With everybody forward in injury time for the Glens, the inevitable happened. A long ball was won by the Reds' defence, and the pace of Cliftonville substitute Stephen Garrett saw him tear away from the last man. He rounded Morris with ease and squared to his teammate - via a nutmeg on Aaron Smyth - who tapped home to compile the misery on a below par Glentoran performance. 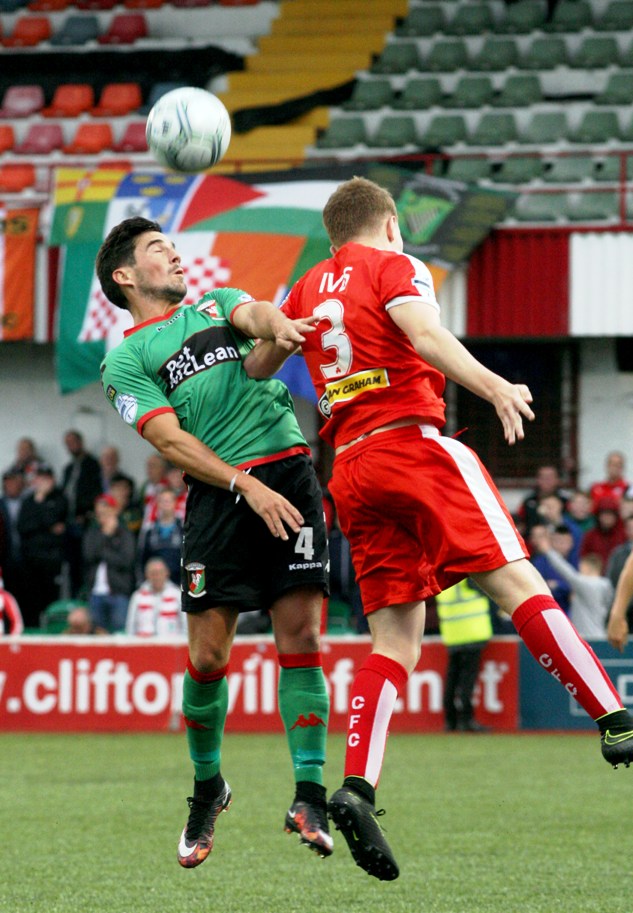 Much needs to improve then, and Alan Kernaghan will be expecting a quick response on Saturday at home to Carrick Rangers. 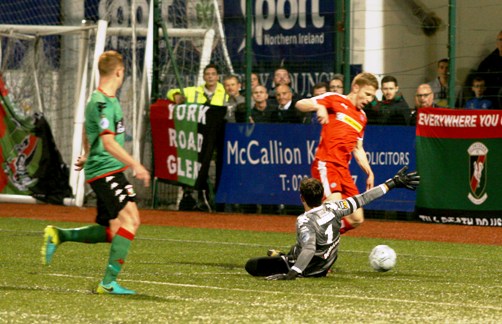 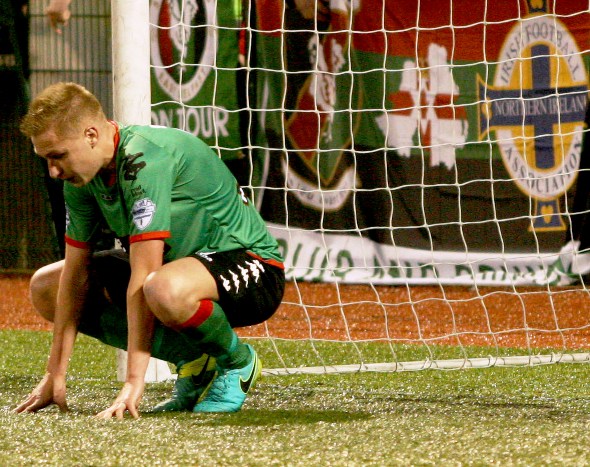