A much-changed Glentoran side fell foul of a 2-0 defeat against a largely superior Cliftonville team at Solitude on Saturday.

With little to play for for the away side, the spotlight was very much focussed on the Reds as they attempt to fend off Linfield in the race for this year's title. With that in mind, Glens' manager Eddie Patterson - returning to his old stomping ground - made a number of changes to the Glens side. Kevin Bradley started at right back with Jonny Addis partnering Willie Garrett in the heart of the east Belfast outfit's defence. John McGuigan made his first appearance in a number of weeks and Steven Gordon was granted a starting place, whilst Mark Miskimmin partnered Curtis Allen in attack 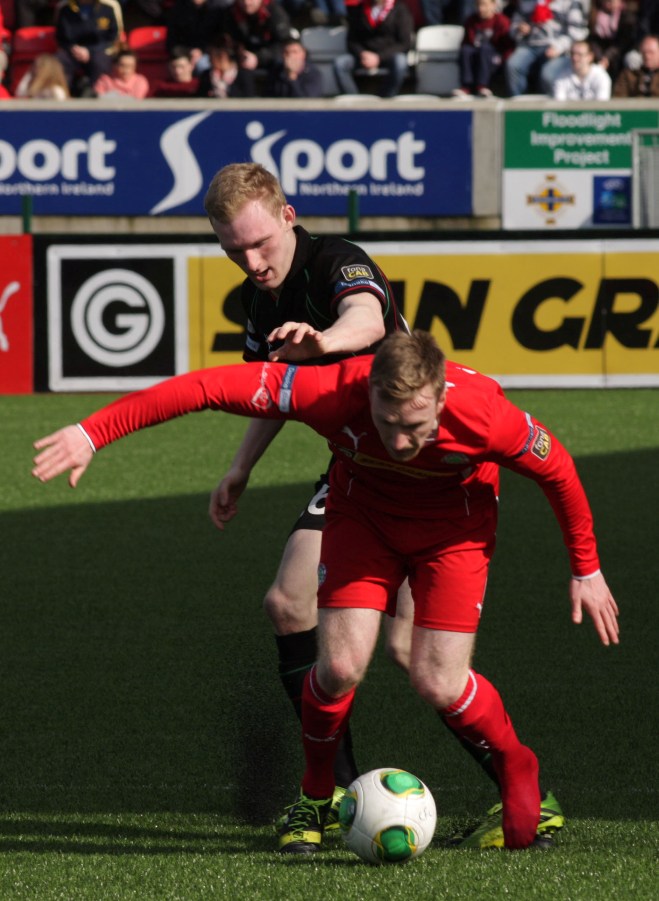 Glentoran actually started the stronger with Fra McCaffery blasting an early effort well-wide, before Curtis Allen tamely struck straight at Conor Devlin on fifteen minutes. From then on though it was all Cliftonville with Ryan Catney forcing Elliott Morris to tip over his powerful drive after eighteen minutes and Joe Gormley placing his angled effort into the side-netting. The Glens tried to respond with Gordon and Stephen McAlorum both fizzing fierce strikes from distance off-target before Morris made another amazing save from Catney - this time diving low to his left.

It was a very tame half if truth be told with Glentoran frustrating Cliftonville's passing, though the Reds probably shaded the opening 45 minutes. Unfortunately the second period condemned Glentoran to their third straight defeat and the Oval outfit are now without a win in five games.

On 49 minutes Allen burst into the Reds' box and drilled across goal though nobody was on-hand to convert it, and just three minutes later Cliftonville went in front in fantastic fashion. Chris Curran collected a cross-field ball on the left wing, cut inside and unleashed a venemous shot that beat Morris for power and placement as it flew into the top corner. The home side were now well and truly in the ascendansy and Morris was forced into a low diving save from Gormley, before Jonny Addis was sent off for his second booking after allegedly pulling back on Boyce's shoulder.

The current champions made the extra man count as on 57 minutes they doubled their advantage as Gormley broke into the box and smashed an unstoppable strike past Morris from a tight angle. This killed the game off as a contest and the Glens barely responded with any meaning at all, with Gormley again firing a volley wide following neat build-up play a few minutes after David Scullion failed to connect with a back-post header. With time ticking on substitute Danny McKee beat a couple of men but unfortunately his effort rebounded off the post. 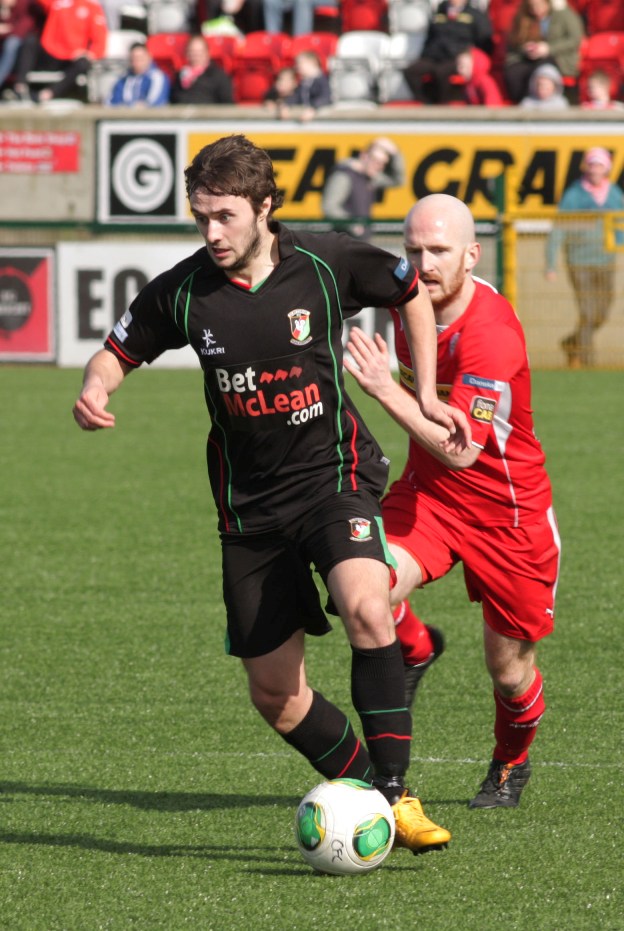 A low-key game then and one which will quickly be forgotten about by Glens fans. It's been tough going of late with just one win in the last seven games and only five goals scored during that period. There's just three games remaining though with next Saturday being the final home game of the year against Crusaders, before an away trip to title-chasing Linfield on Easter Tuesday and the 2013/14 season finishing off in just under two weeks time in Portadown.

Subs: Scullion for Miskimmin, McKee for Allen and Nelson for McCaffrey.