Glentoran FC is delighted to announce our latest signing ahead of the January transfer window, attacking midfielder, Ciaran O’Connor.

Ciaran (23), was most recently with Warrenpoint Town in the Danske Bank Premiership but has played most of his career with his hometown club, Dundalk. He spent the 2016 and 2017 League of Ireland seasons with Finn Harps, alongside our other recent signing, Keith Cowan.

Ciaran said after signing on Tuesday night: “Firstly I’m delighted to have signed for Glentoran. This move was a no brainer in the end for me. Once they explained the plans they have for the club going forward it was a very easy decision for me in the end and I'm delighted to get the deal over the line. It is also great that I'll be back in such a professional environment again which really excites me so I can fully focus on football again. It’s an opportunity I didn’t think I was going to get at this stage but thankfully it has happened, and I look forward to getting started.

I really can't wait to just start playing. January seems too far away yet it won’t be long coming in so in the meantime I'll be getting myself fully fit for the next 4 weeks and make sure I'm ready go come January and give everything I can to move this massive club in the right direction. It’s important for a big club like Glentoran that we are challenging for trophies and it’s something I want to do also so hopefully we can do that this season. I'm really hoping for a successful time at a massive club like Glentoran and I look forward to getting started.

Can I also give a special mention to ex Warrenpoint manager Stephen McDonnell I just want to thank him for everything he has done for me over the last 18 months on and off the field. I wouldn’t be in the great position that I'm in now if it wasn’t for Stephen.

Assistant Manager and Head of Recruitment, Paul Millar said on completing the contract: "I have admired Ciaran as a player for the past few years and I think his strength and his ability on the ball to make things happen will be a huge benefit to Glentoran Football club.
I have to say our negotiations with Ciaran were very very easy and he chose Glentoran over other clubs both North and South. He's made it clear to us that he is very excited to get the opportunity to play for Glentoran as we re-establish ourselves as the biggest team in Ireland".

Head Coach, Mick McDermott said of Ciaran: “Ciaran is a great addition to our squad. He can play multiple positions in midfield as well as and of forward positions.  He has great ability on the ball and has the strength and power to cause major problems for our opponents.

We did our homework on Ciaran. We talked to him at length and his vision matched ours - he wants to be competing at the top end of the Premier league and has a strong personal desire to develop a successful career within football. We know the Glentoran fans will warm to him quickly”.

Ciaran will be eligible to make his debut when the transfer window opens in January.

Welcome to the Oval, Ciaran. 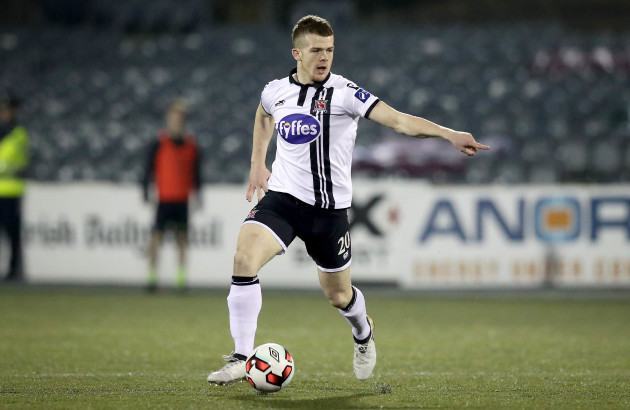