Glentoran's improvement since the appointment of Gary Haveron as manager continued this afternoon as Glentoran defeated Carrick Rangers 2-1 at Taylor's Avenue. This victory is Glentoran's third league win in a row, the first time since March that The Glens have managed such a run. This all despite a depleted looking squad as injuries have started to pile up. Marcus Kane was out of the squad having suffered a recurrence of his groin injury and is expected to miss the next 4-6 weeks. Nacho Novo, James Ferrin and Tiernan McAuley also missed out but there was positive news for The Glens with Eric Foley and Steven Gordon overcoming knocks to recover in time for the game. 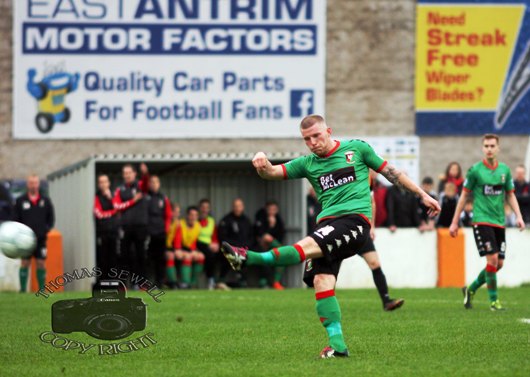 Glentoran started the brighter side as Carrick failed to get out of first gear. Glentoran dominated the early proceedings with good work rate and pressing from Ciaran Caldwell and Steven Gordon often leading to The Glens stealing the ball in dangerous positions. The pressure told for Haveron's side as Glentoran took the lead on just the tenth minute. Ciaran Caldwell smashed across a bullet cross from the right hand side and Steven Gordon rose and met the ball with a thunderous header high into the roof of the net. Glentoran 1-0 Carrick. Gordon developed a reputation a couple of seasons ago of being a goalscoring midfielder and a goal in each of the last three games is encouraging to see a return to that form.

As the first half went on Glentoran continued to dominate with Eric Foley playing an excellent ball through the Carrick defence in the15th minute. Chris Lavery received the ball and moved towards goal. His drive was deflected off a Carrick defender narrowly wide although could have gone anywhere. Once Glentoran's spell of dominance ended, the first half became a scrappy affair. Carrick started to create a couple of chances with Elliott Morris needing to make a comfortable save from a Stephen McCullough free kick and in the 20th minute, Carrick missed their best opportunity so far, firing over from inside the box.

The game contained a lot of long balls and a failure of either side to get control of possession. Chances in the first half were few and far between although on 28 minutes Chris Lavery did well to rob the Carrick midfield of the ball and drive towards the box. His shot wasn't great though, firing harmlessly wide. On 34th minute Glentoran were given a scare by Carrick with Mark Surgenor winning a header from a corner which glanced narrowly past Morris's post. Just a minute later Carrick did have the ball in the net but the offside flag ruled out the goal. 1-0 half time to Glentoran but improvement was needed in the second half.

The Glens started the second half nervously and Carrick almost took advantage with Elliott Morris being forced into a save just one minute from the restart from the left hand side. However, just as Carrick were trying to up the pressure, Glentoran grabbed the crucial second goal in the 50th minute. Eric Foley's delivery was pinpoint and Curtis Allen, back in the team today, showed what Glentoran have been missing, heading in easily from the back post. The delight was clear for players and fans alike as Glentoran could taste a third straight league victory. 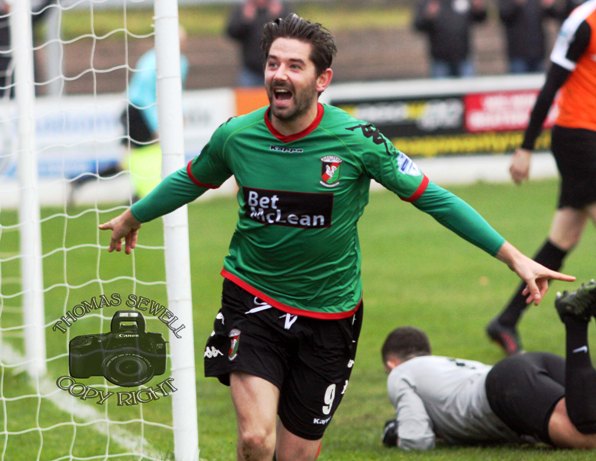 The good feeling was short-lived for Glentoran as in the 55th minute Carrick were back in the game. Former Glentoran player Stephen McCullough crossed from the left hand side and Paddy McNally rose highest and headed brilliantly into the corner from 10 yards out. It was an excellent header but Glentoran will be disappointed to have conceded a goal from a seemingly hopeful cross.

Ironically once the goalscoring was finished in the game, it was at this point that the game really came to life. Glentoran upped their performance massively and produced a comprehensive last 35 minutes with the only criticism being that more goals were not scored. Chris Lavery went close first in the 58th minute, turning and shooting from the edge of the box but his effort flashed past Brian Neeson's post. Another inch-perfect delivery from Eric Foley in the 65th minute was met by Jay Magee whose header was cleared off the line with Ciaran Caldwell on the follow up blasting over. Ross Redman forced Neeson into a save as well, low to his right with a bobbling ball tough to judge from Redman's stinging right footed shot.

Glentoran should have wrapped up the points in the 88th minute when substitute Jonathan Smith ran clear down the right hand side and passed across goal to Caldwell. Caldwell running at speed needed a little composure but instead snatched at his effort and made poor connection. The effort beat Neeson but Carrick were able to recover and block the ball in the six yard box.

There were nerves in the air in the final moments as Carrick tried to muster up one last chance but in truth they never really looked like completing their comeback. Elliott Morris held on twice to crosses in stoppage time that needed dealt with much to Gary Haveron's relief. A deserved victory and three points on the new manager's return to his old club. Three in a row and things started to look up at The Oval. COYG. 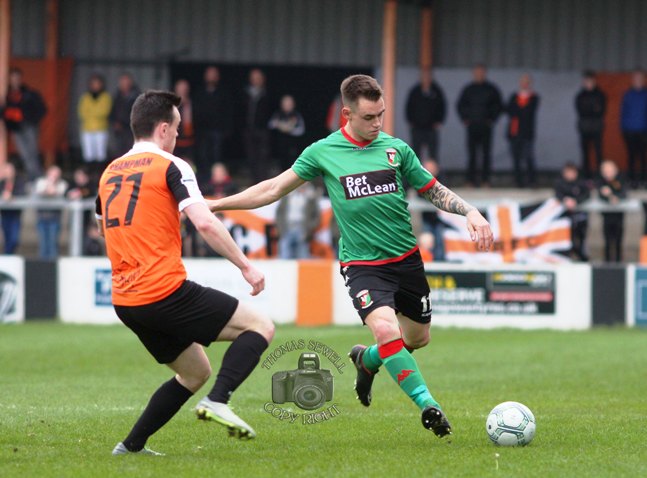 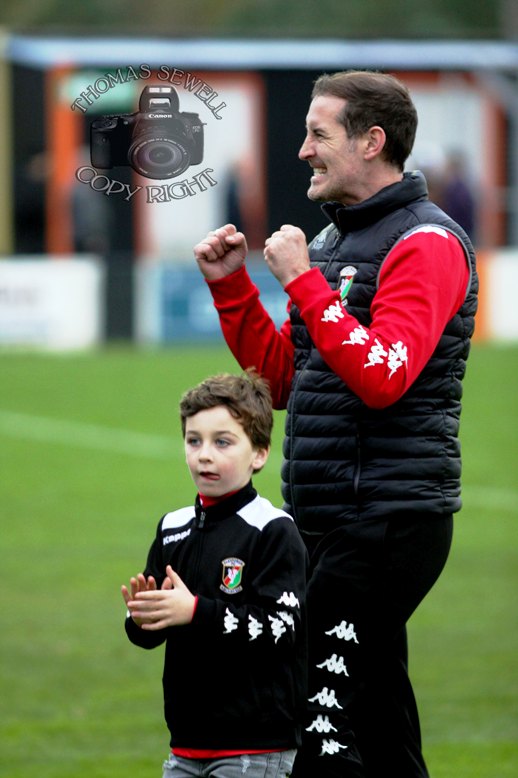