Glentoran tonight scored a sixth consecutive league victory for the first time since March 2008, and leapfrogged Crusaders, Larne and Cliftonville to go third in the Danske Bank Premiership (for a few hours at least) with this clinical demolition of a Carrick Rangers side that has enjoyed some excellent results in previous months.

Mick McDermott used the opportunity to rest the three midfielders who played such an important part in Tuesday’s “Big Two” win, with Dale Gorman, Ciaran O’Connor and Gael Bigirimana taking over the roles for this one. A great example of the importance of a strong squad of players for the second match in a month where we will need to fulfil ten fixtures.

The result was beyond doubt after four goals in a seventeen-minute spell, starting in the twelfth minute. But we had our only minor scare after seven minutes when Gael Bigirimana was harshly booked for an early foul just outside the Glens penalty box, Caolan Loughran’s low, well hit shot took two deflections before being very well saved by Dayle Coleing in the Glens’ goal. 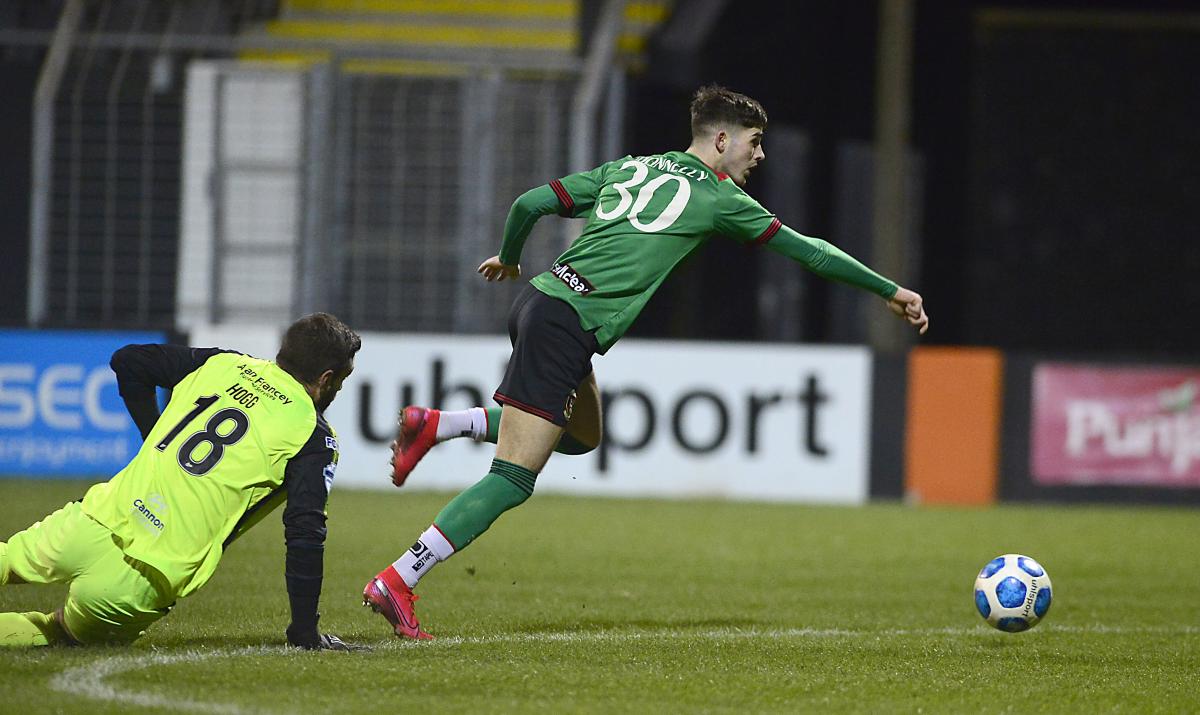 The rout started on twelve minutes. Ciaran O’Connor broke well down the left and hit a deep cross to the other side of the Carrick box. Jay Donnelly controlled the ball neatly and glided past two Carrick defenders before hitting a well struck shot past former Glens keeper Aaron Hogg and into the net.

Three minutes later Dale Gorman hit an inch perfect forty-yard pass to the feet of the younger Donnelly brother who skipped past Hogg to roll the ball into an empty net for his eleventh goal since joining the club at the start of the domestic season.

After another three minutes the match was well and truly over as a contest, Gorman was again involved. The Letterkenny man found Rory Donnelly after receiving a midfield pass from Bigirimana. Donnelly then deftly fed the marauding Caolan Marron whose shot deflected off Reece Glendenning into the net. The announcer credited this as an own goal, but Marron can consider himself unfortunate not to have had his first goal in a Glentoran shirt. 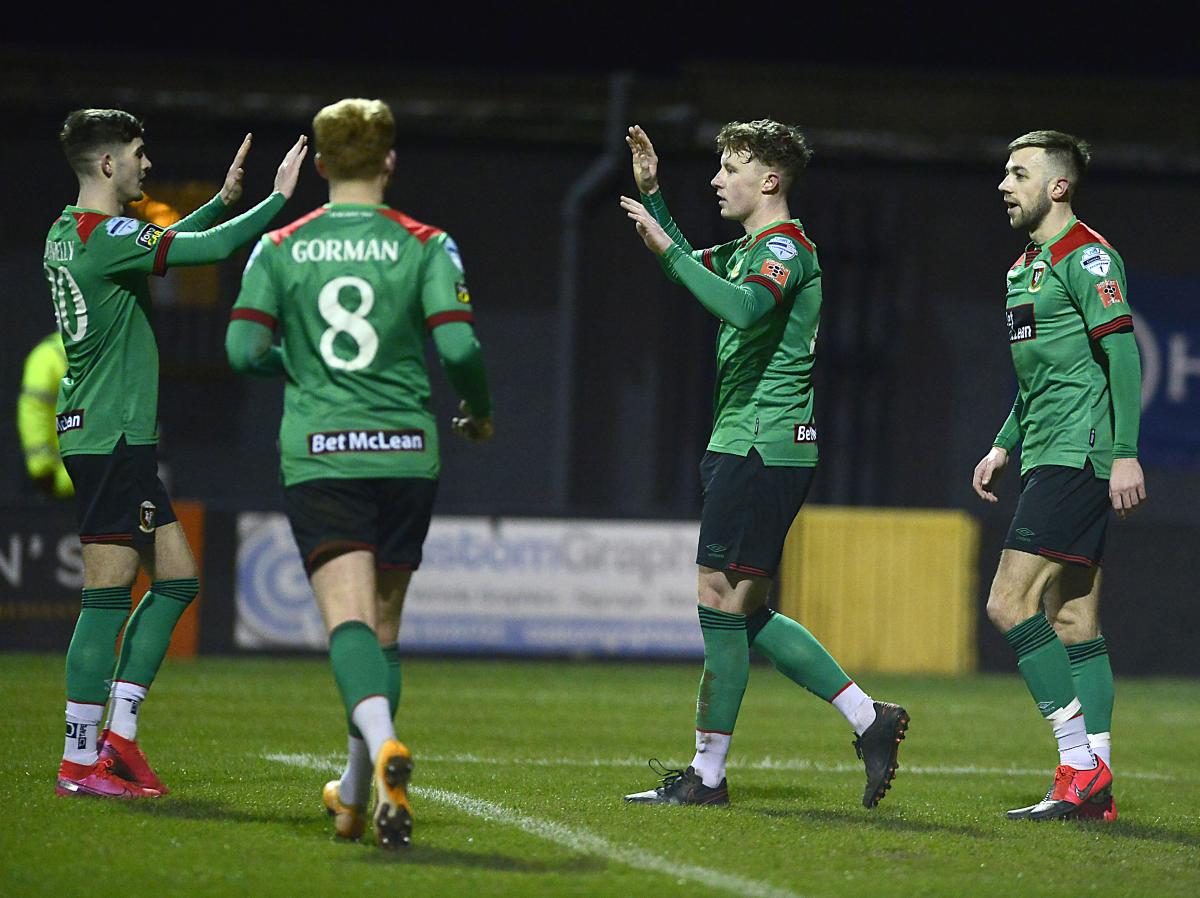 Not surprisingly things quietened slightly after such a hectic spell, until after 29 minutes Rory Donnelly was first to a Crossfield Luke McCullough free kick which he brilliantly headed into the path of Conor McMenamin who had found space to head home for his fourth goal in seven games since his deadline day move from Cliftonville.

Rory Donnelly dominated the rest of the half. First, he played a clever pass into the path of skipper Marcus Kane who had a great effort saved by Hogg. Then Rory himself pulled a good save from Hoggy. Finally after 43 minutes the elder Donnelly Brother got the goal he deserved. McMenamin returned the compliment from earlier, heading a Coleing goal kick into the path of the number ten who coolly scored with a well-placed low shot.

While the second half didn’t produce any more goals, it was no less exciting from a Glentoran perspective with chance after chance created from start to finish.

First Jamie McDonagh (who had replaced Jay Donnelly late in the first half) pulled a good save from Hogg. Ad did Rory Donnelly after a sublime through ball from the outstanding Gorman. 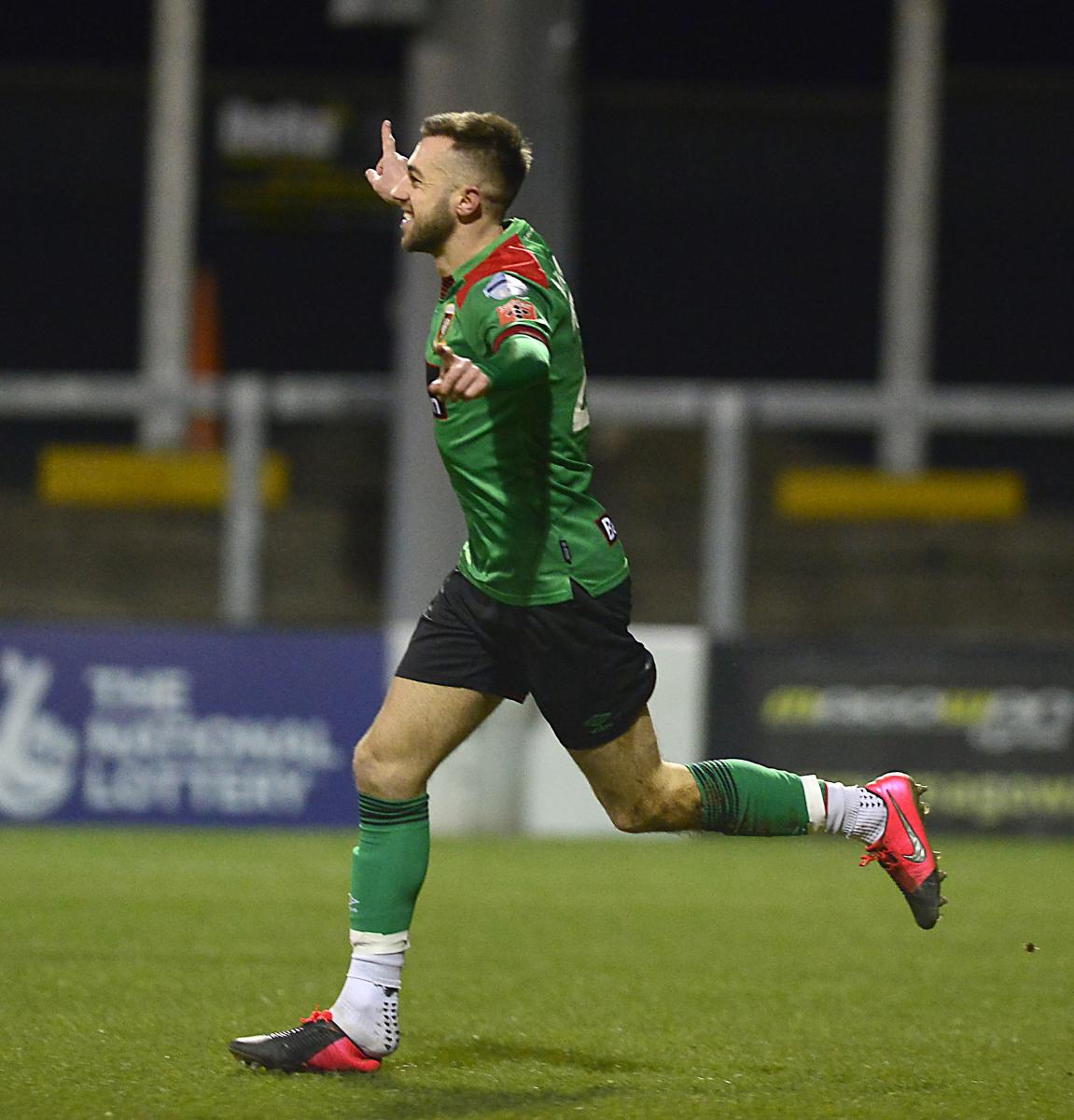 In the second half Cameron Stewart replaced Conor McMenamin and Joe Crowe was sent on for Rory Donnelly who had put in a phenomenal shift for three games in seven days. The presence of Crowe in midfield allowed Ciaran O’Connor to move beside Stewart upfront, a role he performed many times in the League of Ireland. O’Connor, Stewart and McDonagh gelled well as an unfamiliar front three and created numerous chances for each other with their relentless running. But a mixture of excellent Hogg saves meant the score remained 0-5 until the finish.

So another confident, energetic and relentless performance from Glentoran and one that will send a message that this squad intend to be at the centre of things between now and the end of the season. 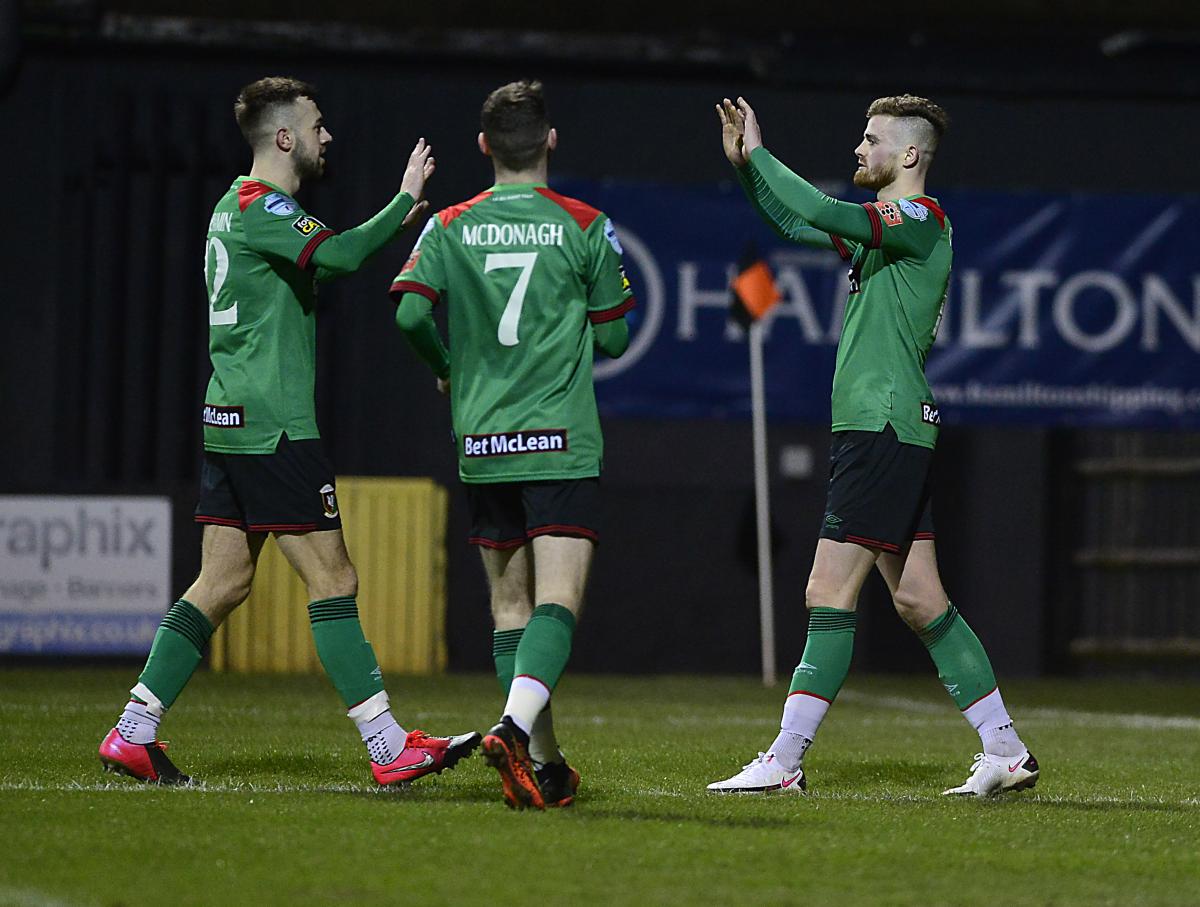