Bringing it all back home...

Detroit, MI – In the summer of 2016, Detroit City FC made soccer history when they renovated 80-year-old Keyworth Stadium with the help of Michigan’s largest ever community investment campaign.

In 2017, Detroit City FC will honour soccer history by hosting Glentoran FC of Belfast, Northern Ireland on May 27, 2017, nearly 50 years to the day of the anniversary of Detroit’s first professional soccer team, the Detroit Cougars, as part of the DCFC International Series, presented by Strategic Staffing Solutions.

The origin story of the Cougars is one of the most intriguing untold stories in Detroit sports. In an effort to bring professional soccer to the United States following the 1966 World Cup, the Cougars were one of 12 founding members of the United States Association (USA), a national league comprised of teams imported from Europe and South America.

The international teams were chosen to represent different cities across America, with Glentoran selected to play as the Cougars.

The team was owned by several notable Detroit figures such as William Clay Ford and John Fetzer, then owner of the Detroit Tigers, and played its home matches at Tiger Stadium and the University of Detroit Mercy football stadium. The team was managed by player-coach John Colrain.

The Cougars finished with a 3-6-3 record in 1967. In 1968, the USA merged to become the National American Soccer League (NASL) and dropped its promotional practice of bringing in imported teams. The Cougars folded after the 1968 season.

Glentoran, who currently plays in the first division in Northern Ireland, will return to Detroit for the first time since its one-summer stint as the Cougars. While the tale of their trip became a footnote in Motor City sports history, the summer season of 1967 remains a point of pride to the East Belfast side, who expect supporters to travel to the US for the match, which will fall at the beginning of Memorial Day weekend.

Both teams will be wearing special kits to honour the Cougars.

“We’re excited to have the opportunity to celebrate a forgotten piece of Detroit sports history and bring back some of old Cougars alumni,” said DCFC co-owner Sean Mann.  “It is an honour for DCFC to be the bridge between the region’s rich soccer heritage and the present day.

“The Summer of 1967, when Glentoran proudly represented the city of Detroit, remains one of the most memorable chapters in the 134 year history of our club,” said Glentoran FC Media Director Ian Clarke. “This is reflected in our 50th Anniversary commemorative away jersey for this season with the Cougar emblem emblazoned on the front of the shirt. We are delighted to accept the invitation from our friends at Detroit City FC and we trust that Glentoran’s 2016 visit to Detroit will honour all those players who represented both Belfast and Detroit so proudly in the summer of 1967. We are delighted to welcome our guests from Detroit City to Belfast and The Oval this afternoon”

This is the second year DCFC is set to host an international opponent. In 2016, Le Rouge hosted internationally celebrated English side FC United of Manchester at Keyworth Stadium on May 28. The match drew an attendance of 6,245.

About Detroit City FC: Detroit City FC is a grassroots football club working to satisfy the demand for soccer in Detroit, represent the city in a positive light, and build community through the beautiful game. A member of the National Premier Soccer League since 2012, Detroit City has established itself as one of the most talked about soccer teams in North America. 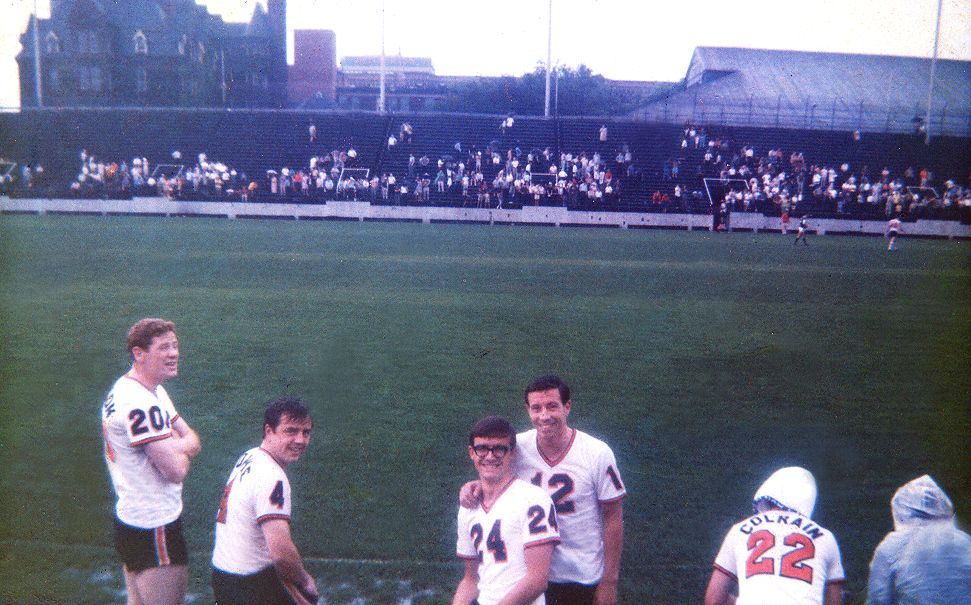 A dinner, organised by the Glentoran Supporters Committee (1923), will be held to celebrate the 50th Anniversary of the Detroit Cougars. The event will take place in the Park Avenue Hotel on 10th June 2017. Further details will be published in due course.