From conversations with Brian McClelland.

I was born in St Leonard’s Street on the Newtownards Road on 23rd October 1919.  One hundred years ago it may be, but my memory remains undimmed.  When I was very young my family moved to the Portadown area.  My father had been all through the First World War and had suffered from gas poisoning.  On doctor’s advice we moved out of the city to County Armagh for the fresh country air.  Sadly, my father died when I was just five years old. 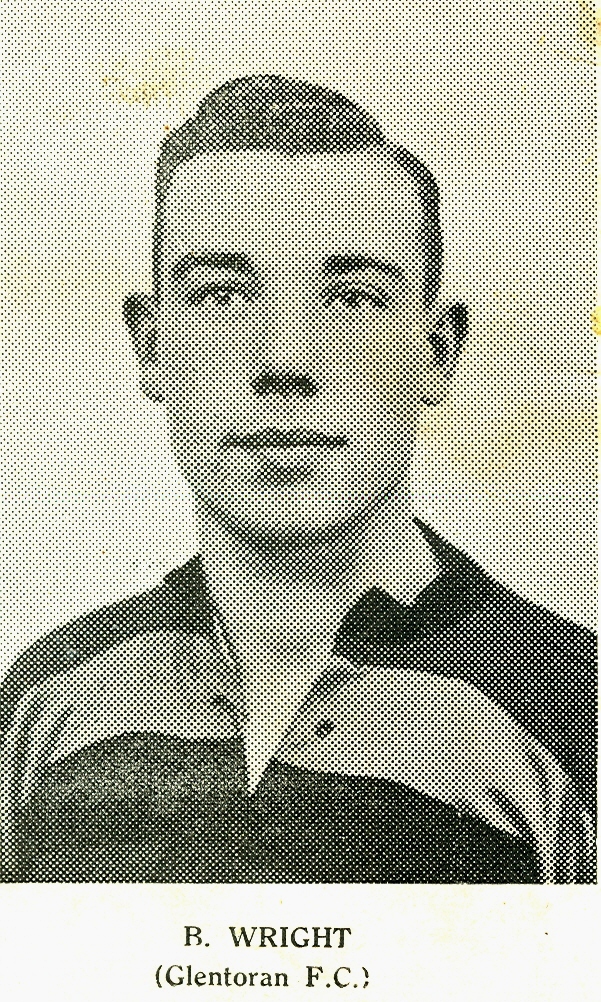 On a couple of days of the year my mother would put two beautiful glass ornaments with handles in the front window of our house.  I asked her why she did this and was told it was only when the Glens were in town so that neighbours would know she was a Glentoran supporter.  You see the two glasses were coloured red and green!

One day I saw my brother and his mate coming down the street.  I hadn’t seen him for a long while and he was burnt black by the sun as he had been serving in India with the Royal Irish Rifles.  He had me swear agreement on two matters – never to touch the demon drink and never to join the army.  He was killed at Dunkirk in 1940.

My senior career in football began at Shamrock Park.  In the early years of the war Portadown folded and I was happy to sign for Glentoran in season 1941-42 despite an attractive offer from Linfield.  A couple of their directors came to Portadown and offered me more money than the Glens had promised.  But my mind was made up.  I was always a Glenman and could not see myself pulling on a blue jersey to play against the Glens.

From my earliest days my motto was “never believe your opponent is a better man than yourself”.  I played the game hard and refused to believe that any forward with a liking for fancy footwork could get the better of me.  If Stanley Matthews was alive today he could only but agree with me!

I first locked horns with the great man when I was representing the Northern Ireland Regional League against the Combined Services at Solitude on 9th September, 1944, in front of 25,000 spectators.  Matthews was in his usual right wing position and I was at left-half with Belfast Celtic’s Billy McMillen at left back.  Billy and I had arranged to cover each other should either of us be tricked by the maestro’s skills.  Matthews could draw in an opponent like an expert bullfighter draws the bull to his sword, and I was determined not to be set on my backside by his artistry. 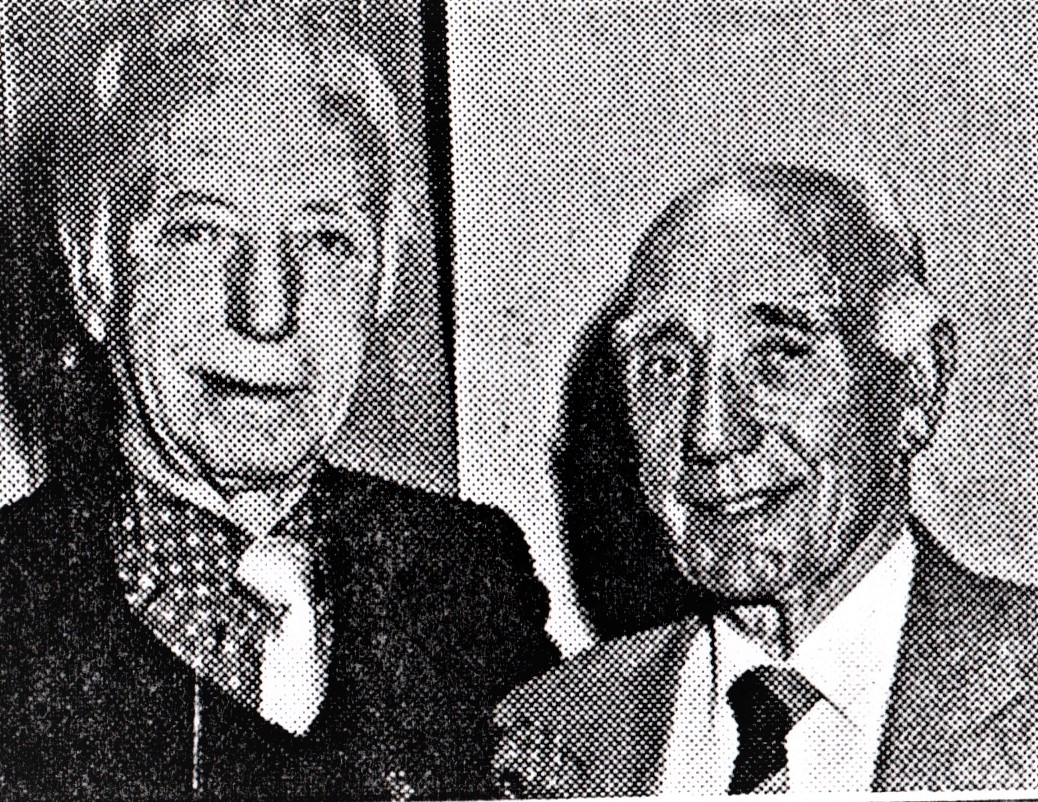 The game had barely started when Matthews and I went for a fifty-fifty ball.  My left boot accidently caught him above the knee.  The Houdini of football was not amused and called me an Irish so and so.  I retorted “What’s wrong Stan, are you made of chocolate?” or words to that effect.

After the game I offered my hand to Matthews but he brushed me aside.  Later, when I went into the Services dressing room to have my friends’ autograph books signed, big Frank Swift, their international goalie, brought me over to Matthews and said, “Stan, look who’s come to see you.”  Matthews glanced up, hesitated for a second, before apologising for his unsporting behaviour coming off the field.

We were to clash on two more occasions, both in 1947.  I was selected to play for the Regional League against the Football League at Goodison on 19th February.  Two stars of the future, left-back Alfie McMichael of Linfield and later Newcastle United, and my Glentoran colleague, Danny Blanchflower, at right-half joined me in defence.

The Football League forward line that day would be worth many millions today:  Matthews (Blackpool), Wilf Mannion (Middlesborough), Tommy Lawton (Chelsea), Jimmy Hagan (Sheffield United) and Peter Kippax (Burnley).  The game was played in Arctic conditions before a crowd of 36,000.  We lost 2-4 but I can honestly say that Matthews and his mates knew they had been in a game.  I scored from the penalty spot against Frank Swift, then the best keeper in the world.  It was so sad that he was killed in the Munich air crash of 1958.

Next season we played the Football League at Windsor Park and lost by the odd goal in seven.  “Not you again,” Matthews quipped as we lined up for the kick-off.  At outside-left for the visitors was Bobby Langton, who had guested with the Glens during the war years.  I played quite a few times with Bobby and he went on to star for England.

I reckon I must hold the record for the number of losing appearances in Irish Cup Finals.  I played in four for the Glens and lost the lot!  In 1942 we lost 1-3 to Linfield; next season Belfast Celtic beat us 0-1; Linfield won again 4-2 in 1945; and lastly Celtic emerged victorious 1-0 in 1947.  Metal was a precious commodity around the war years so neither winners nor runners-up medals were struck.

In case you’re feeling sorry for me, I did win a cup final medal which I treasure to this day.  It was in 1944 at Dalymount Park, Dublin, when we beat Belfast Celtic in the final of the All-Ireland Cup (Bateman Cup) over two legs.  This was particularly pleasing because in Dublin the season before, in the same competition, I was given my marching orders in the second half against Shelbourne in a tough encounter.

I had a benefit match at the end of season 1947-48 and was a proud man when 14,000 fans turned up to watch my Northern Ireland Select team play St Mirren at Grosvenor Park.  I was honoured when a host of stars appeared for me including Peter Doherty, Jimmy McIlinden, Eddie McMorran and Johnny Deakin.

Next season manager Frank Grice offered me reduced terms which I turned down.  Eventually Grice agreed to give me the same terms as the previous season and, foolishly, I signed the forms in blank.  When I got my pay packet at the end of the week I discovered that Grice had pulled a fast one and had paid me the reduced terms I had refused originally.  When I confronted him all he would say was “it’s too late now, I have it in writing.”

I left Glentoran at the end of the 1948-49 season, having played in only a game or two.  As fate would have it, I never played at the Oval.  Hitler bombed the ground just months before I joined the Glens.  Ironically, a few months after I left, the Oval was reopened.

After a brief spell at Ards I rejoined Portadown but refused to turn out in a match against the Glens.  I just couldn’t bring myself to play against them!  After all, as the statistical guys tell me, I had played 235 games for the Glens.  I also scored over fifty goals, not bad for a half-back, although some were from penalties.

And there lies the beauty of the game we all love:  So many happy memories to treasure, many good friends made along the way and a great club to support.  What more could a centenarian want. 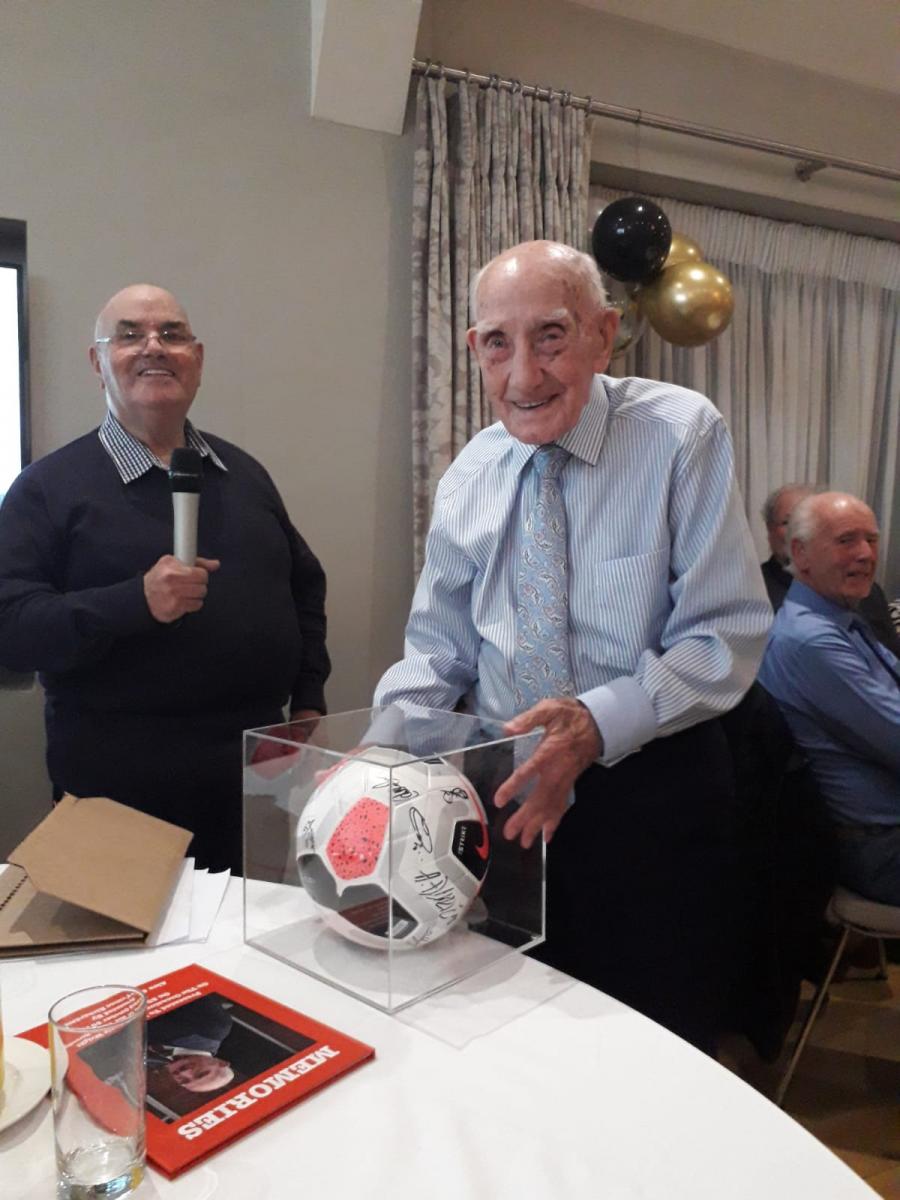