Glentoran missed their chance to book a place in the semi final of the Toals Co Antrim Shield tonight, losing 1-0 at the Ballymena Showgrounds. There were just two changes to the starting line up from Saturday's 2-0 win at Dungannon; Kym Nelson came in at left back for Ross Redman and James Knowles started in midfield in place of Eoghan McCawl. 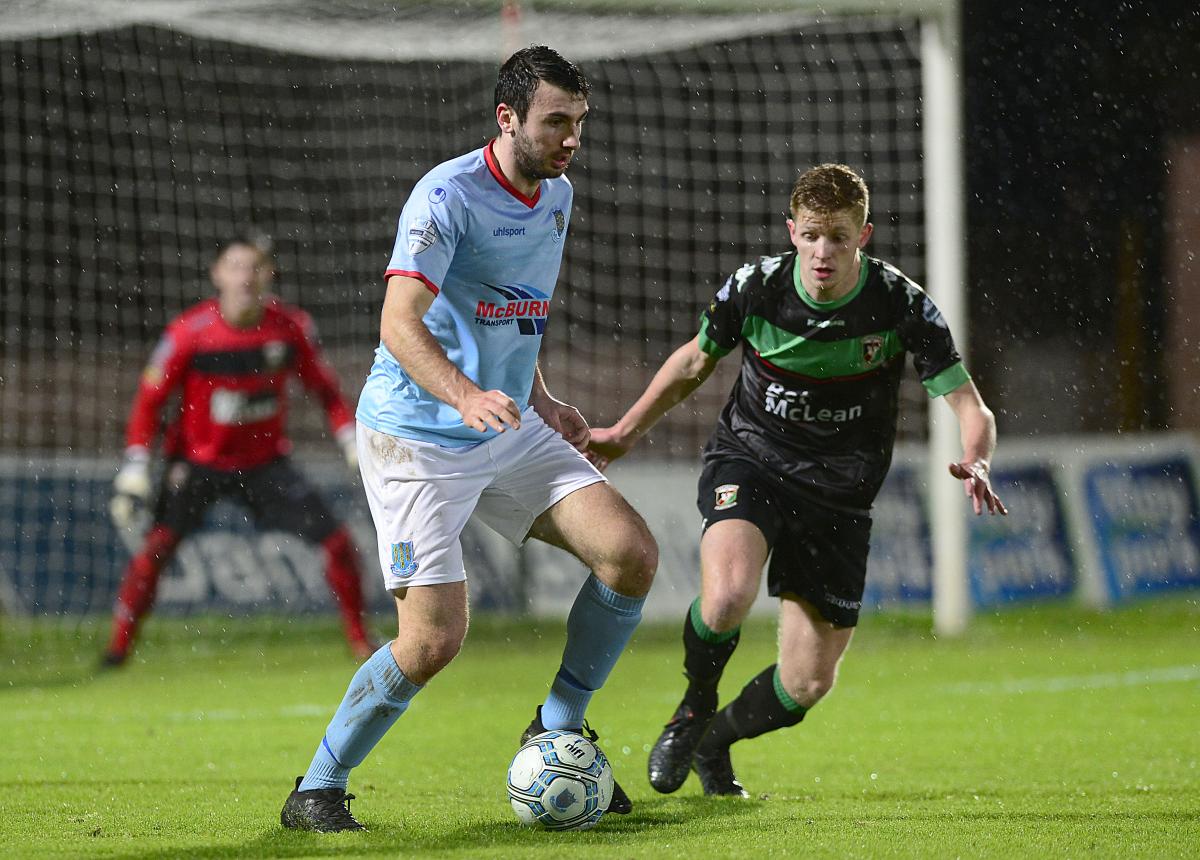 Just as they had on Saturday evening, the Glens were on the attack early. McMullan and Knowles combined well in the first minute, presenting a chance for Robbie McDaid but his shot was deflected wide for a corner. On 4 minutes a long clearance from Calum Birney fell kindly for Curtis Allen but the United skipper, Jim Ervin blocked Allen's attempt. The home side had the chance to test Elliott Morris on 19 minutes when Allen fouled former Glentoran defender, Steven McCullough some 30 yards from goal. Neil Lowry's effort failed to breach the Glentoran wall and Kym Nelson broke forward, finding Robbie McDaid on the edge of the area. McDaid tried to curl the ball into the far corner of the goal but his attempt went wide. 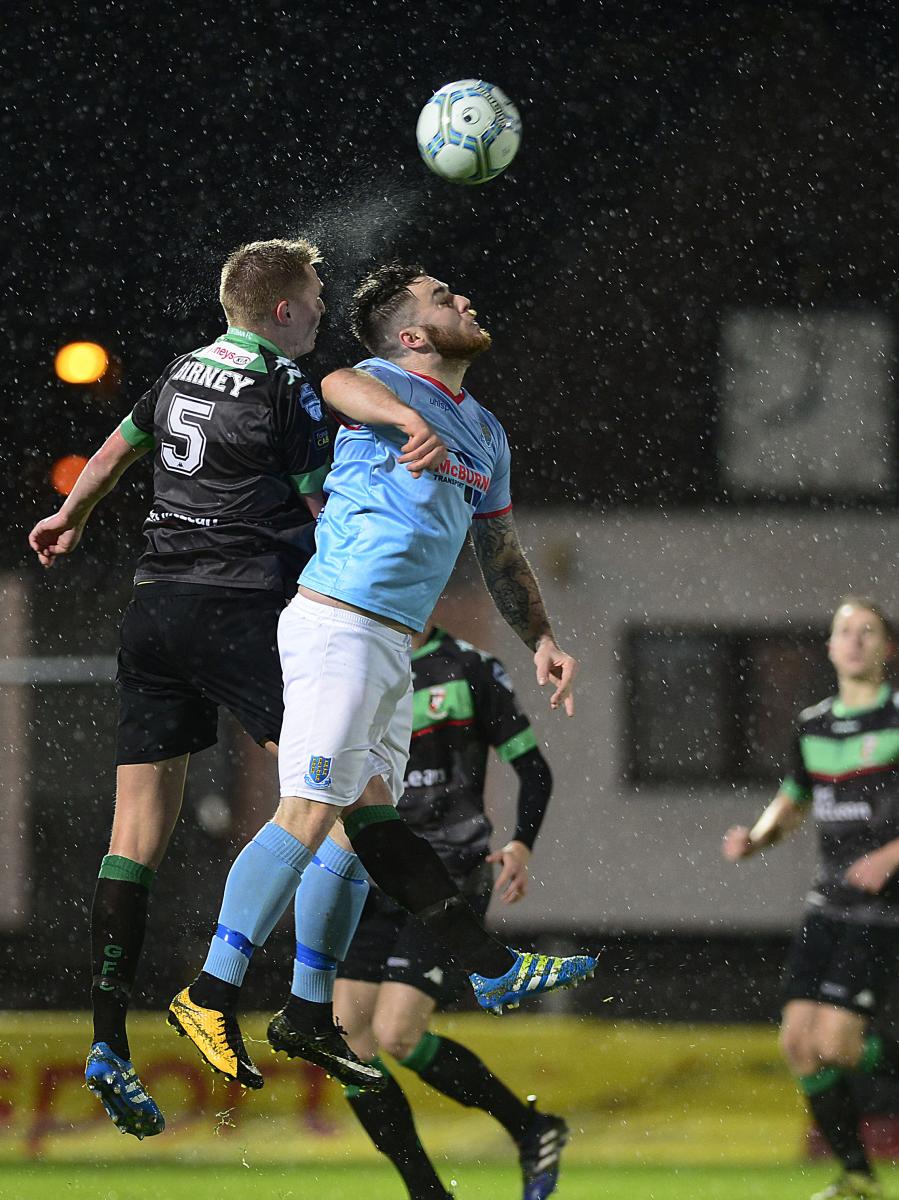 Following that the Glens lost momentum and allowed the home side back into the game. On 24 minutes United took the lead with what was virtually their first real chance. Jim Ervin drove into the area with no Glentoran player really making a decent challenge. The ball broke to Jonny McMurray and his shot found the far corner of the net. Having scored his first goal of the season, 5 minutes later McMurray went close again with a low drive which Elliott Morris did well to keep out. On 39 minutes the same player had yet another chance but having turned Jonny Addis he dragged his shot wide of the far post. The Glentoran midfield in particular were struggling to get possession of the ball and when the did, they lost it again too easily. Conditions were undoubtedly difficult but too often it seemed to be a case of hit and hope as the home team dominated the middle of the park. 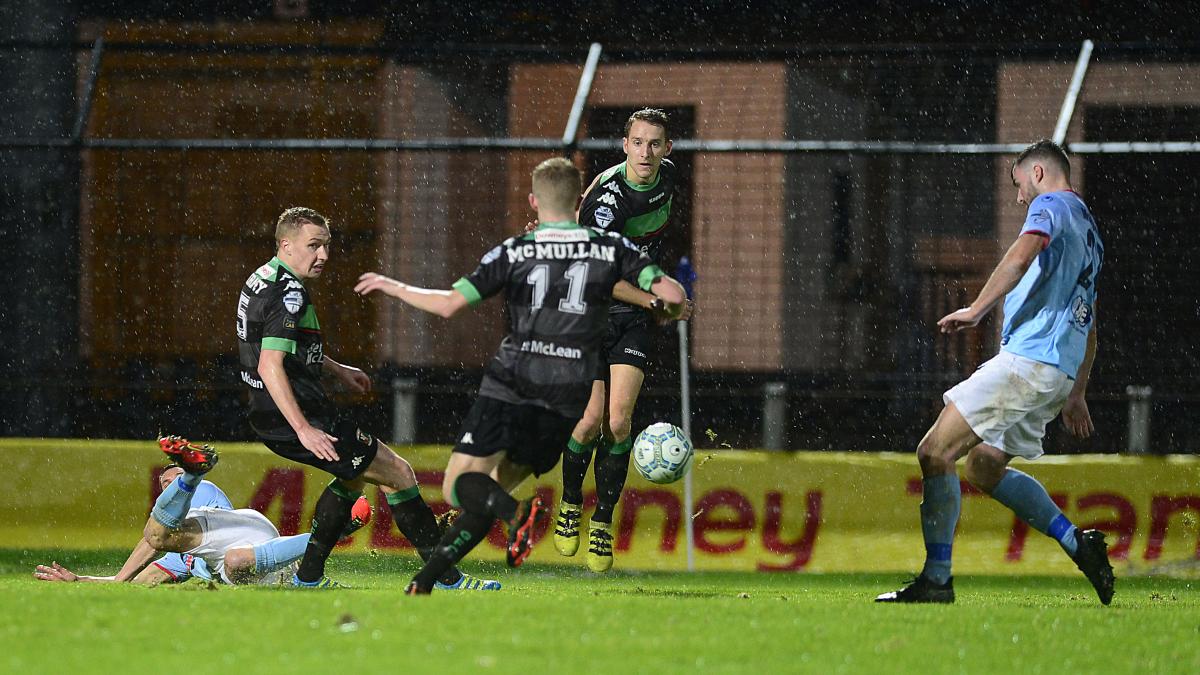 2 minutes into the second half it was almost 2-nil as Cathair Friel got on the end of a cross from the right and was unlucky to see his header come back off the post. Minutes later the Ballymena forward almost created another goal for McMurray. Addis slipped allowing Friel to get away in the area. He cut the ball back to McMurray but Elliott Morris blocked the shot superbly and the danger was gone. On 53 minutes Nelson found Allen on the edge of the area but the Glentoan centre forward's shot was straight at the United keeper Glendinning. Just before the hour mark Gary Haveron brought on Dylan Davidson and Tiarnan McNicholl for James Knowles and Corey McMullan in an attempt to force an equaliser. Unfortunately shortly afterwards he was forced into another change when Nathan Kerr appeared to pick up a groin injury. It was a blow for Kerr who has been in fine form of late and was certainly one of the better performers in this contest. 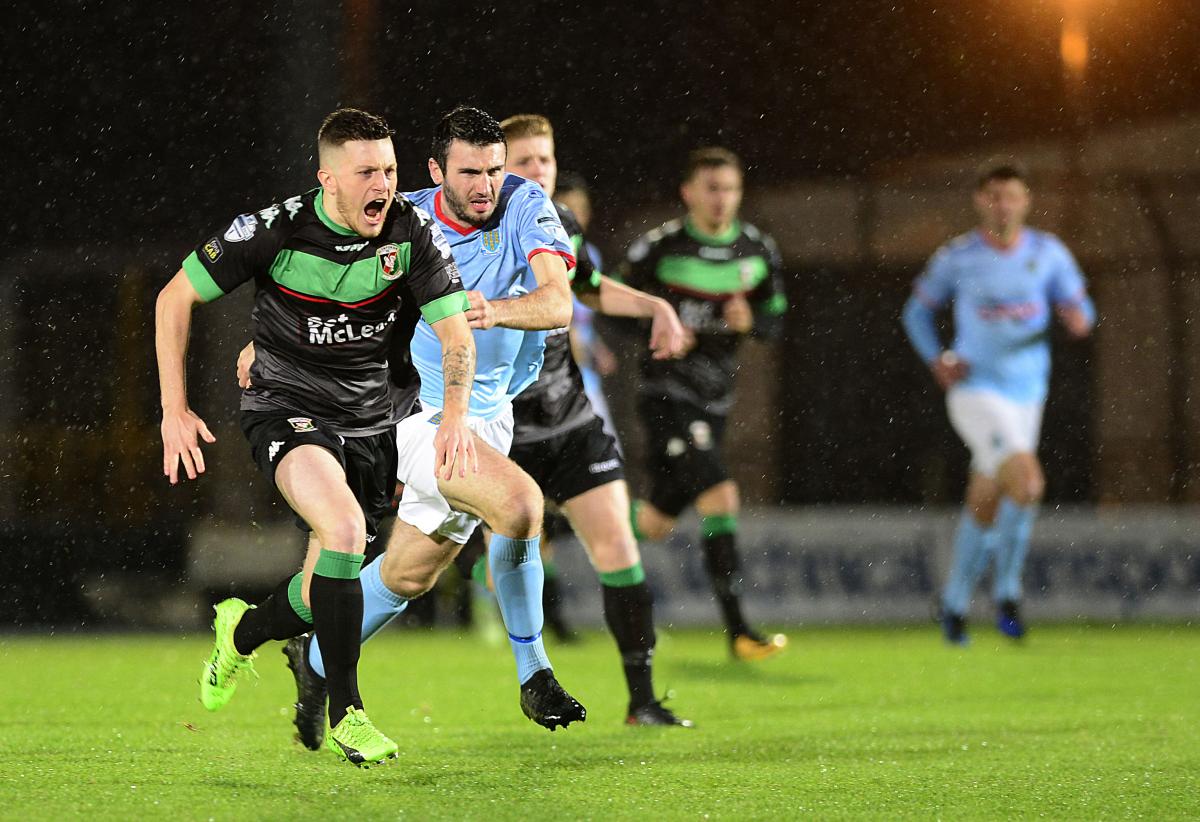 The Glens continued to struggle to create any meaningful attempts on goal. Davidson and McNicholl both tried their luck but Davidson's effort went wide and McNicholl's was blocked. Elliott Morris was again called into action to save from Friel whilst in the closing minutes Jonny Addis saw his glancing header from a corner, go wide of the target. There was one final chance when Marcus Kane played the ball to Robbie McDaid inside the box however McDaid lost his footing and with that went the Glens last hope of an equaliser. All in all a disappointing performance. 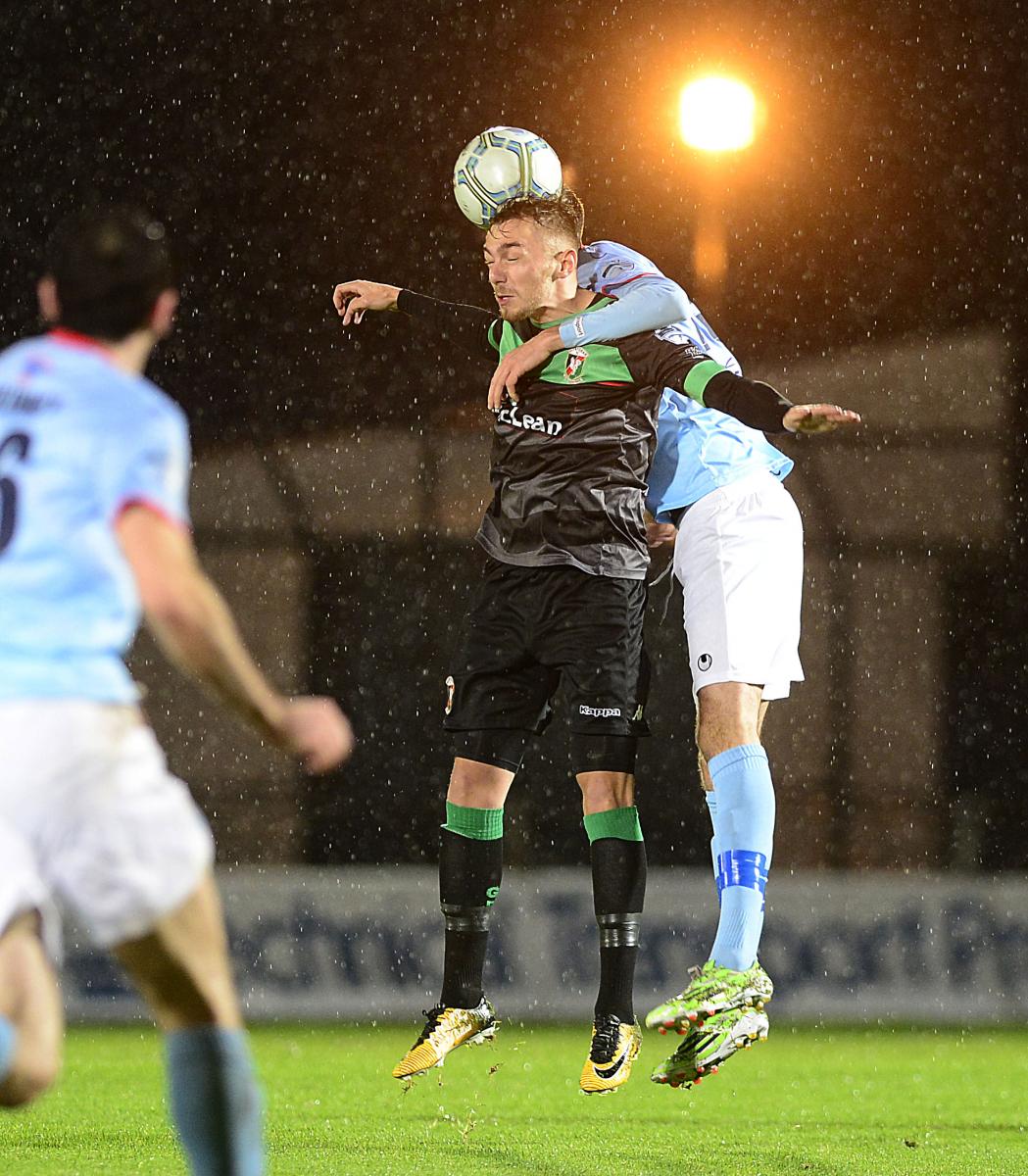 Subs: Davidson for McMullan & McNicholl for Knowles (57) and McCawl for Kerr (63). 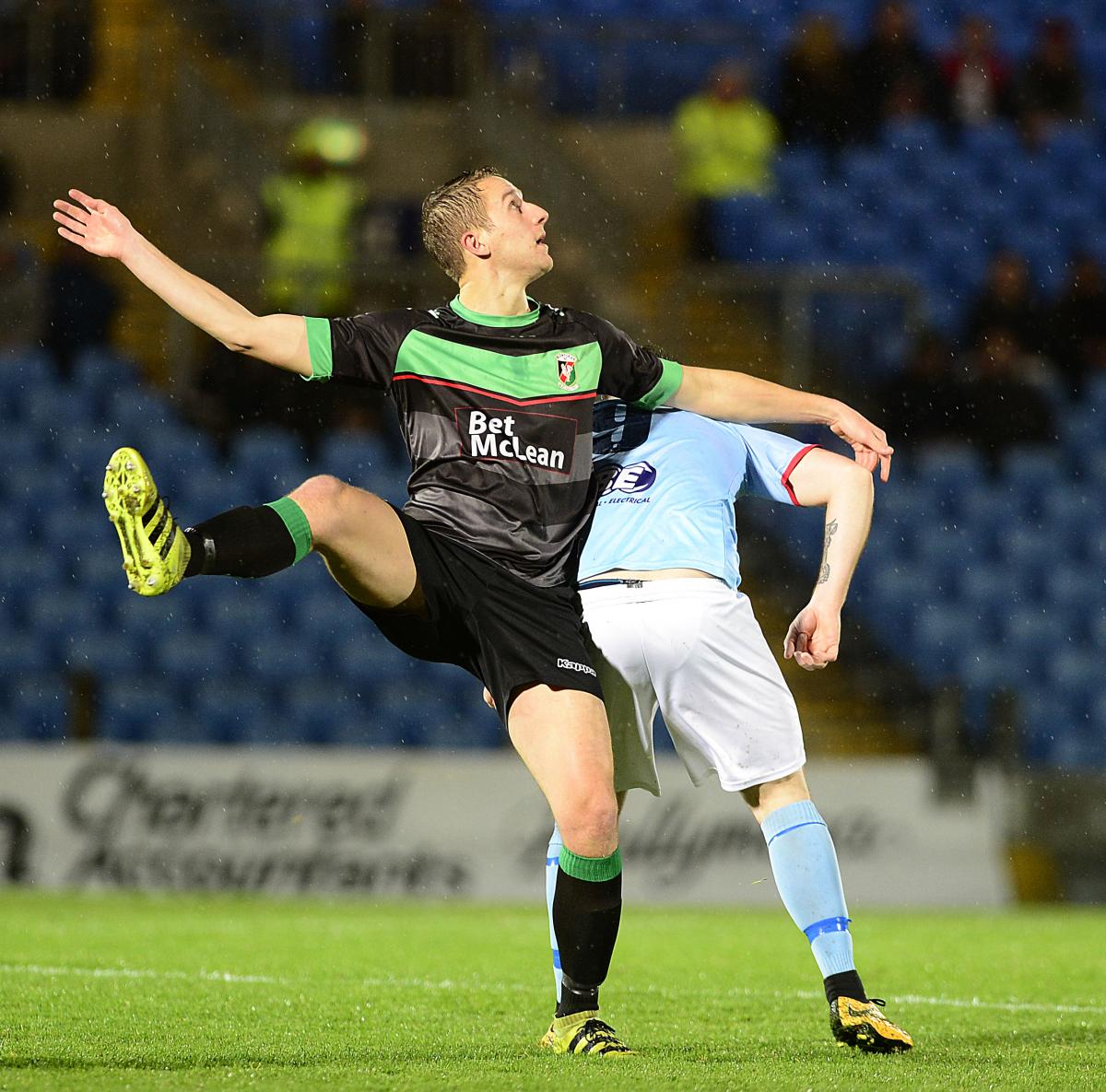