It was Curtis Allen to the 'four' as the Glens booked their place in the quarter finals of the Tennents Irish Cup at Dixon Park this afternoon. 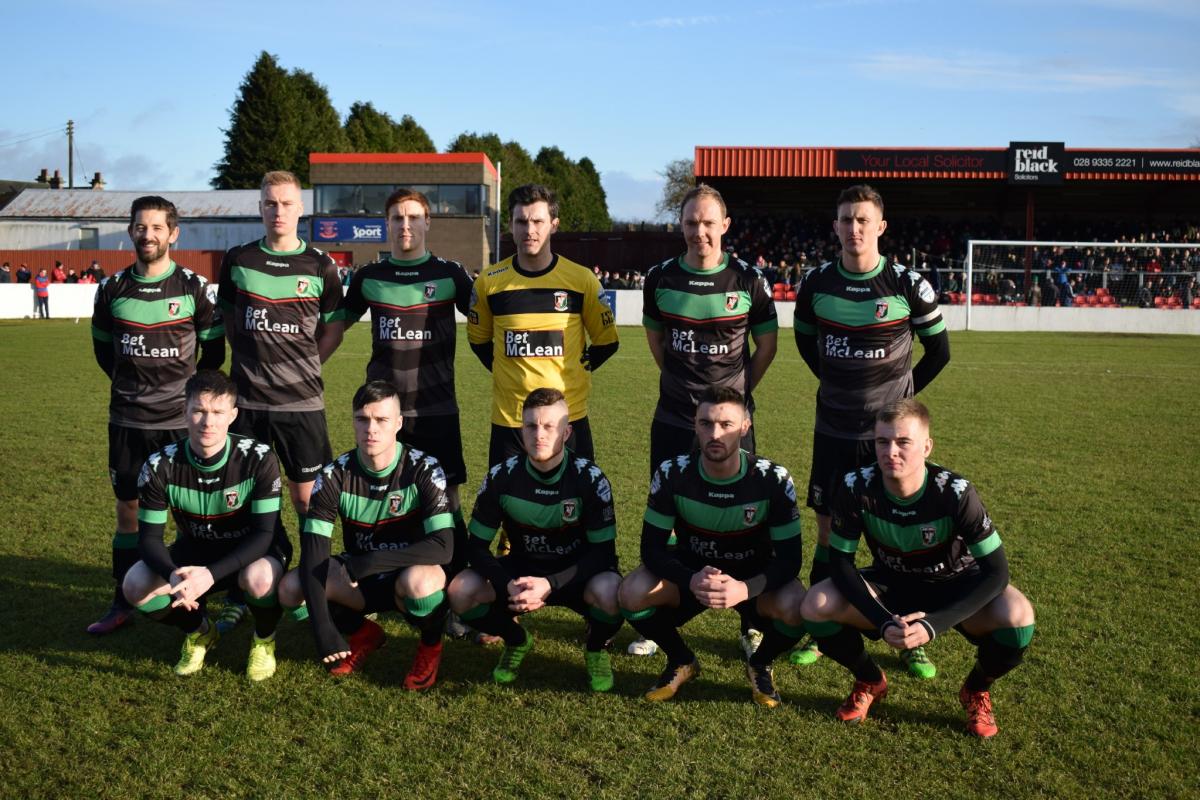 On a bright but cold Saturday afternoon in Ballyclare, Glentoran comfortably saw off the home side, scoring three first half goals, a second half penalty and also hitting the woodwork on two further occasions. 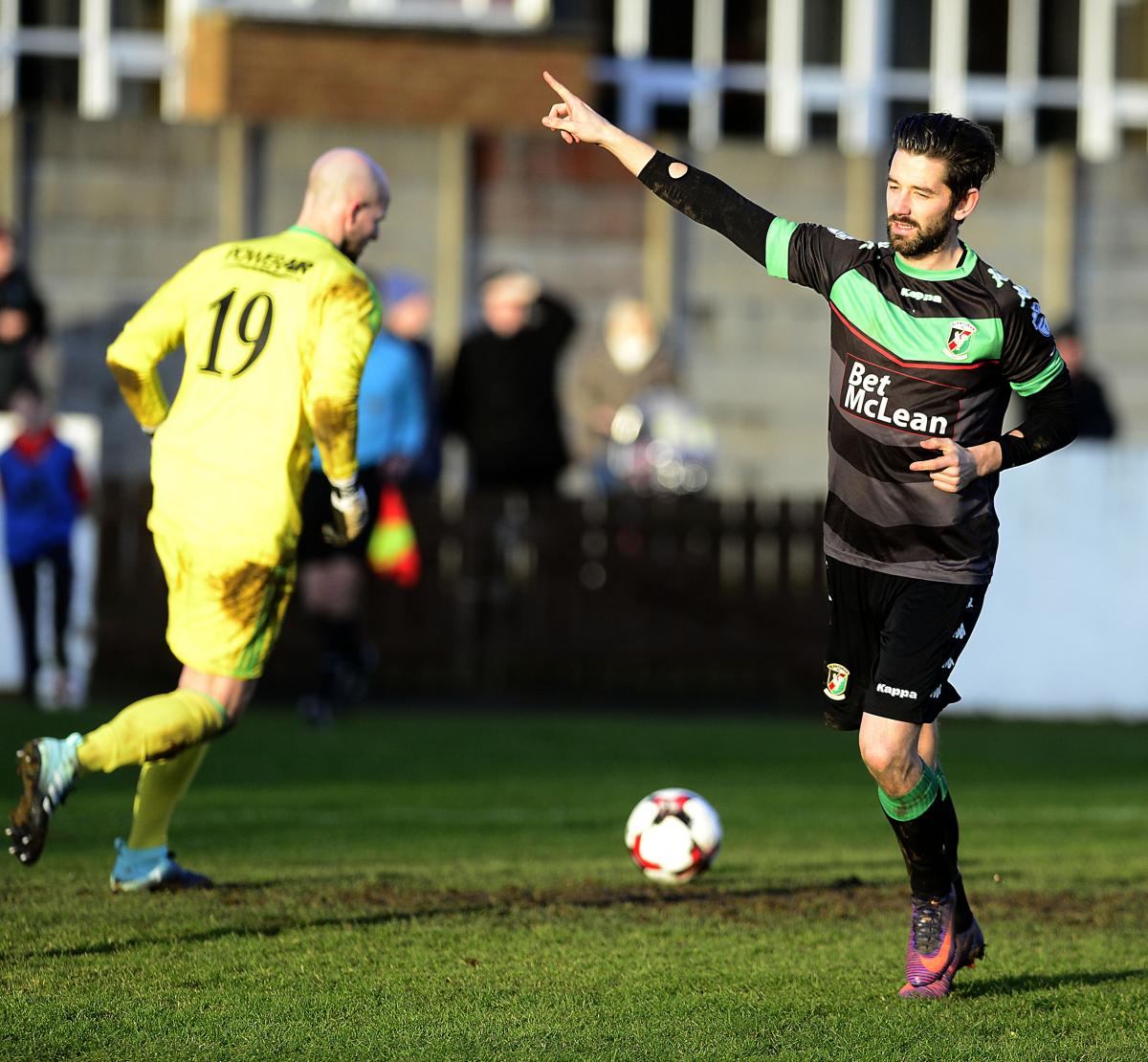 Gary Haveron made a number of changes with Willie Garrett coming back into the centre of the defence and Ross Redman occupying the left back slot. New signings Peter McMahon and Alex O'Hanlon were in midfield alongside Dylan Davidson and skipper Marcus Kane with John McGuigan playing just behind srtiker, Curtis Allen. 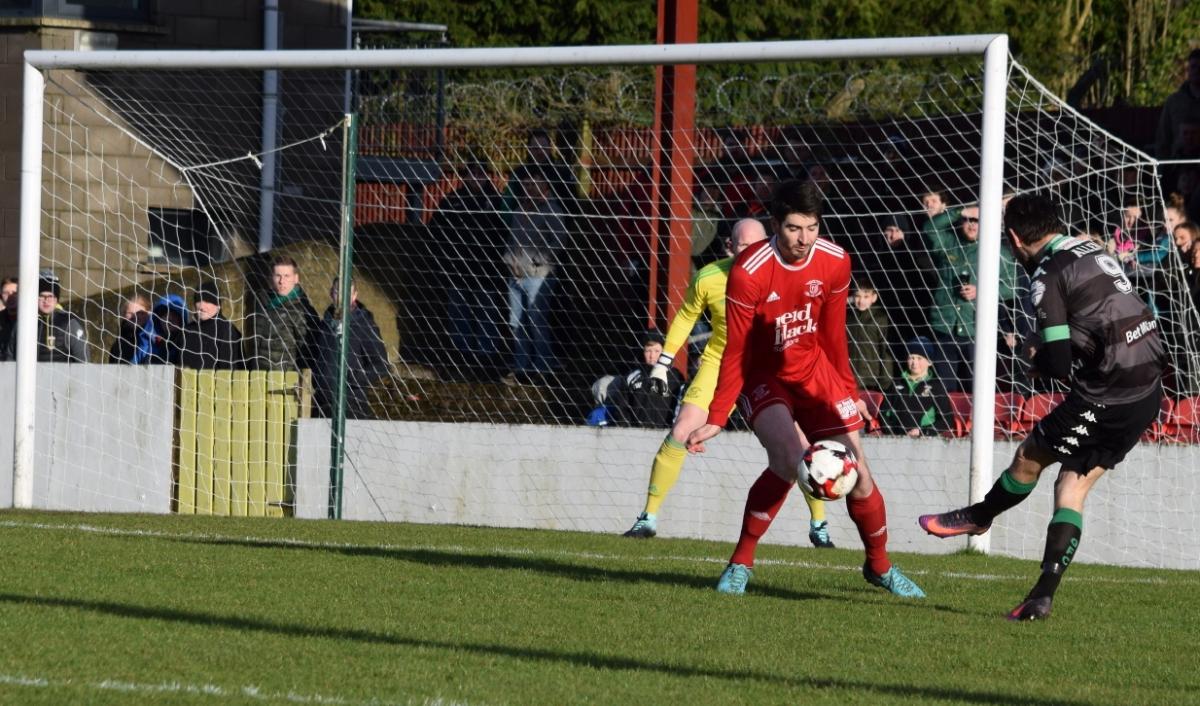 There was an early opportunity for the Championship side with Thomas Robinson having an attempt on goal in the opening minute but it was easily dealt with by Elliott Morris. Two goal in two minutes then set the Glens on their way. Curtis Allen had a shot blocked in the 5th minute but he then found himself in a similar position shortly afterwards. This time he made no mistake, curling a delightful, left footed shot into the far corner beyond Alan Blayney. A minute later Allen and the large travelling Glentoran support were celebrating again. Ross Redman's cross from the left was turned goalwards by the Glens number 9. Blayney got down but the ball went under his body and over the goal line. Two-nil. Blayney will have been disappointed not to keep the ball out and his misery was further compounded with the visiting support taunting the former Linfield keeper! 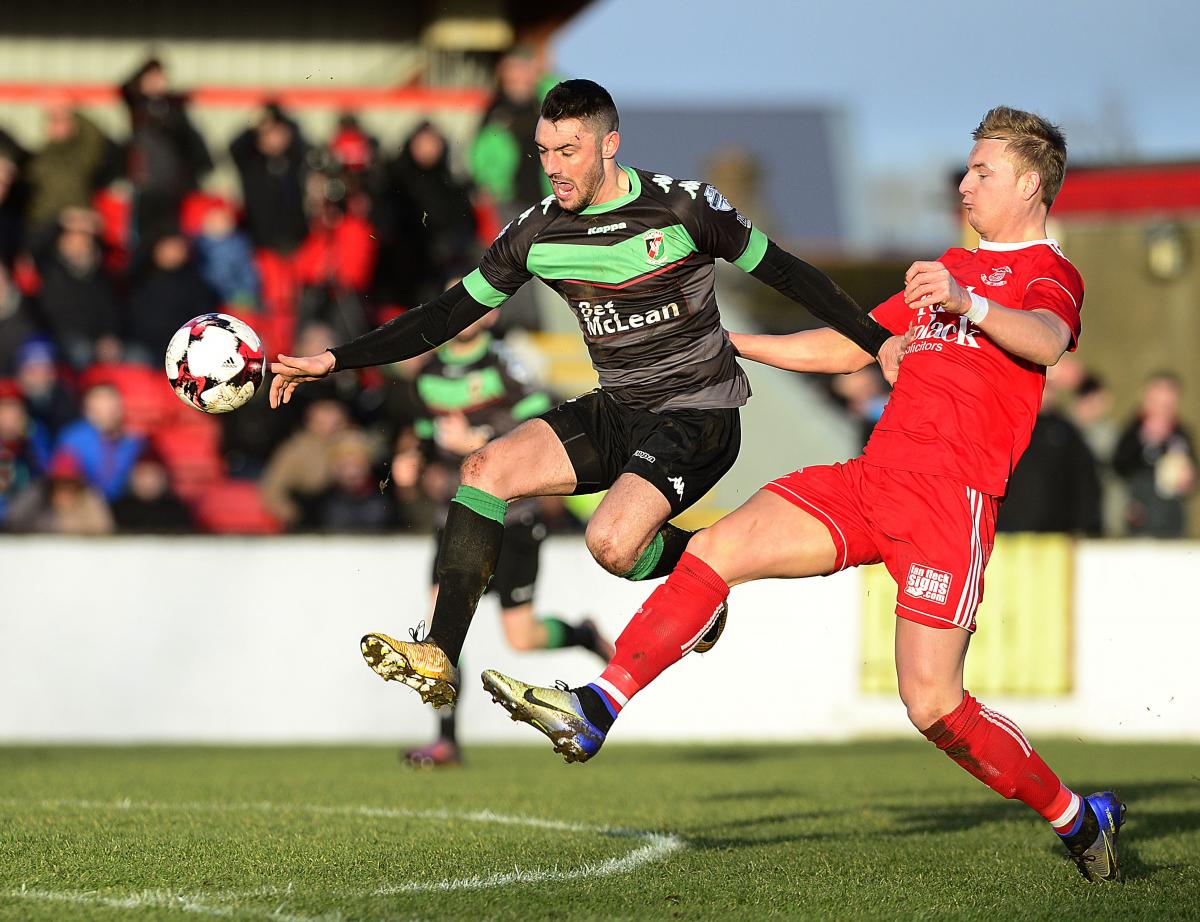 Alex O'Hanlon, looking composed in the centre of midfield, almost picked out Allen at the back post on 11 minutes and the home side were relieved not to concede a third. Ballyclare Comrades began to settle and on 17 minutes should have reduced the defecit. A cross from the left found Mark Kelly but the big striker headed narrowly over from close range. Midway through the half Francis Dugan had a half chance but was unable to keep his effort on target. Another excellent pass from O'Hanlon picked out John McGuigan on the edge of the area. McGuigan, who had an excellent game, fired goalwards but Blayney stretched and tipped the ball over the crossbar. 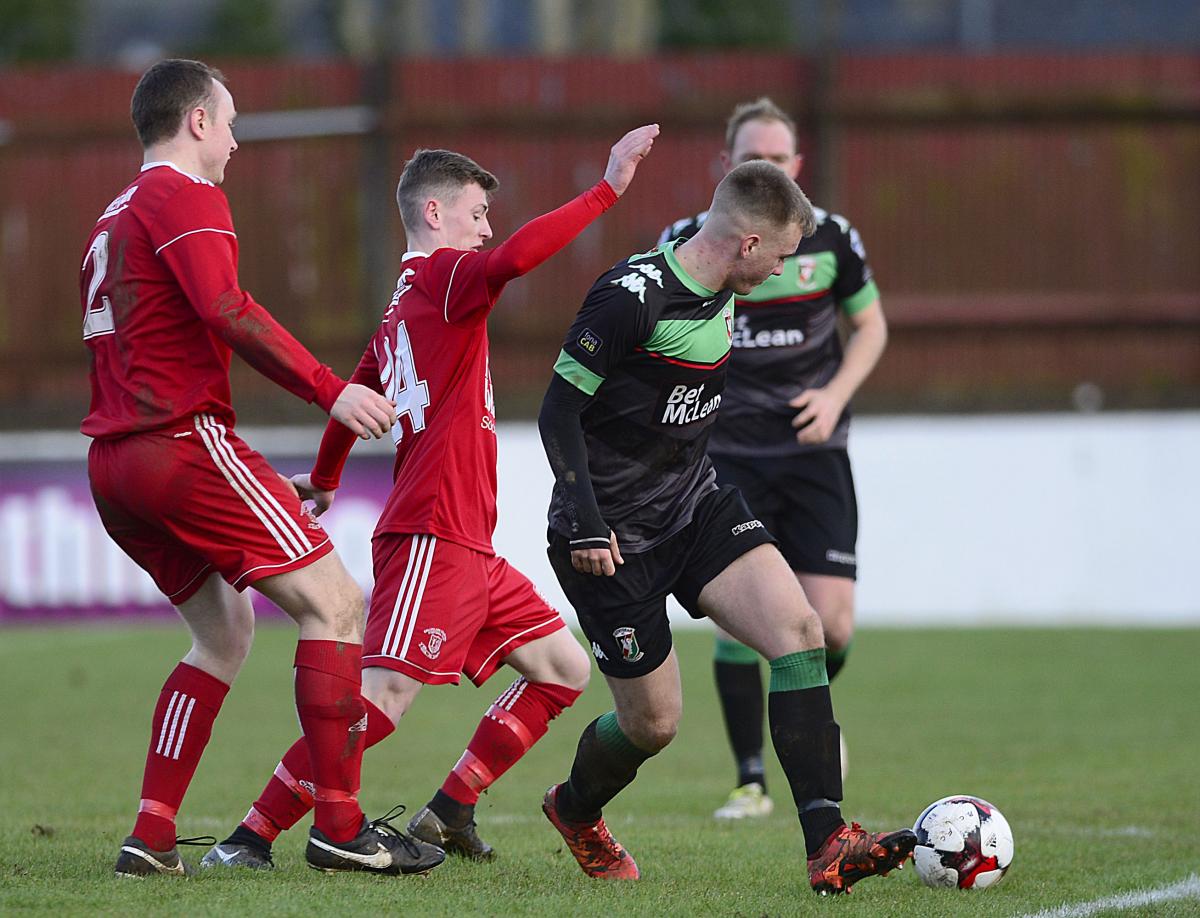 Good link up play between Peter McMahon and Curtis Allen resulted in the right sided midfielder having a chance just inside the area. Unfortunately though he couldn't mark his debut with a goal, dragging his shot wide of the far post. A minute later (37) Curtis Allen completed his hattrick when he pounced on a defensive mistake and drilled the ball low past the helpless Blayney. 5 minutes from halftime Allen turned provider. His cross from the left was met by the inrushing McGuigan but Blayney turned the ball away for a corner. McGuigan was denied again in the final minute of the half. This time he was set up by Alex O'Hanlon but again Blayney did well to keep the ball out. 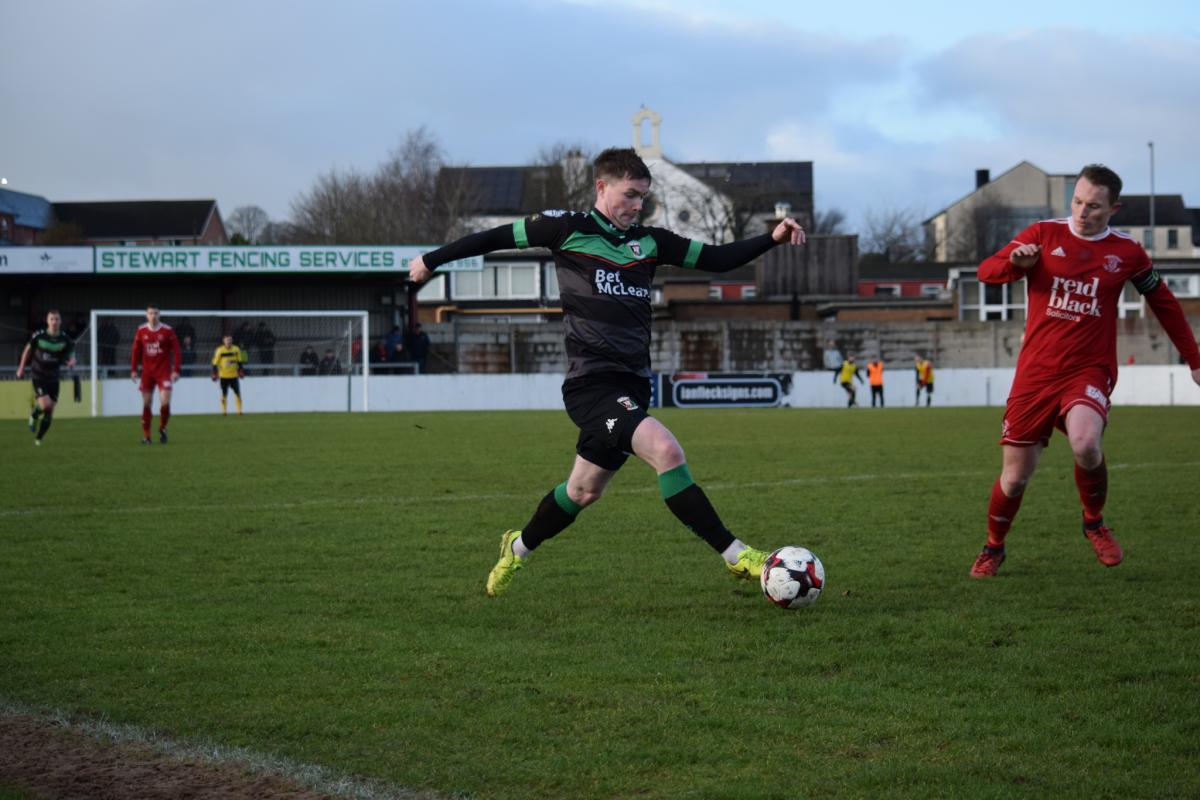 Glentoran were slow out of the blocks at the start of the second half and their slackness almost allowed Ballyclare Comrades back into the tie. Thomas Robinson was left unmarked when the ball came in from the right but he made a poor connection and Elliott Morris was able to gather the ball. A minute later and it was game over. John McGuigan's driving run into the area ended when he was felled and referee Kennedy pointed to the spot. Curtis Allen took responsibility and buried the penalty past Alan Blayney. On 50 minutes Allen and McGuigan were almost in again; Allen finding McGuigan who was unlucky to see his shot come back off the post. The Glens were well on top now and Allen and McMahon both went close to making it 5! 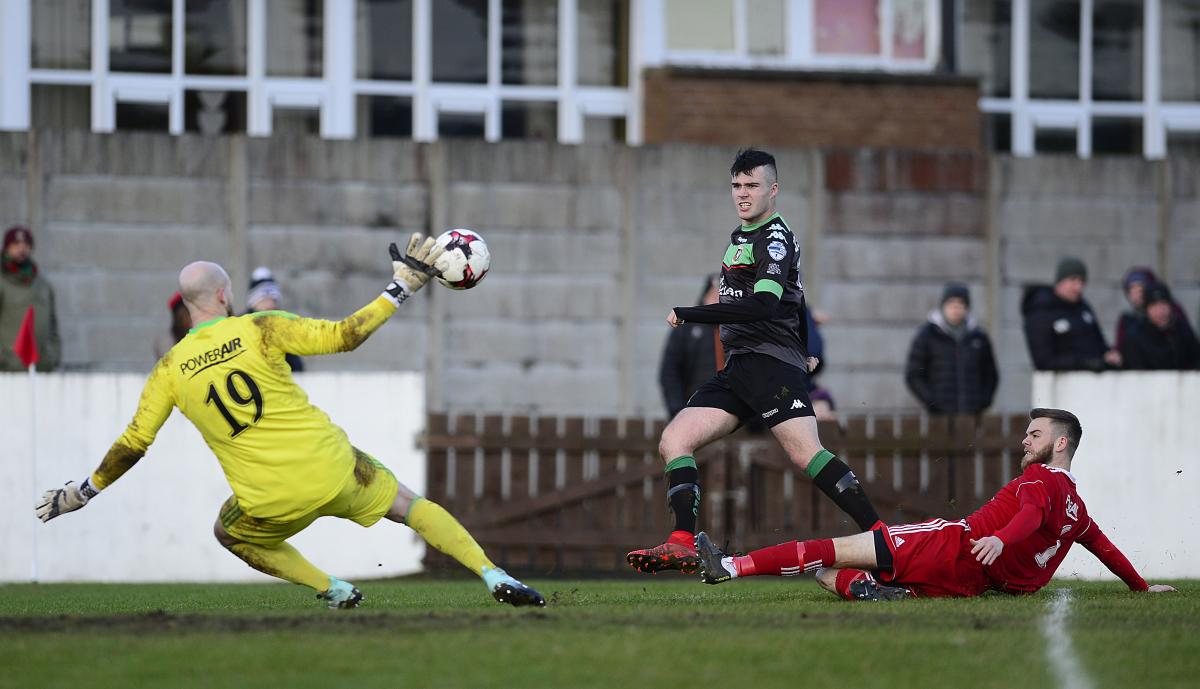 Substitute, James Knowles almost picked out McGuigan with a dangerous cross from the right but with McGuigan poised to strike a Ballyclare defender deflected the ball away for a corner. Knowles himself went close on 68 minutes, his 20 yard volley flying just wide. The Comrades had a couple of chances in the dying stages. Mark Kelly got his head to a corner but Elliott Morris tipped it over the bar. Gary Brown also had an effort on target but the Glentoran keeper, making his 678th appearance, would not be beaten. 5 minutes from time a Glentoran corner broke to Robbie McDaid. The young striker could not have connected any better but his dipping shot crashed off the crossbar. 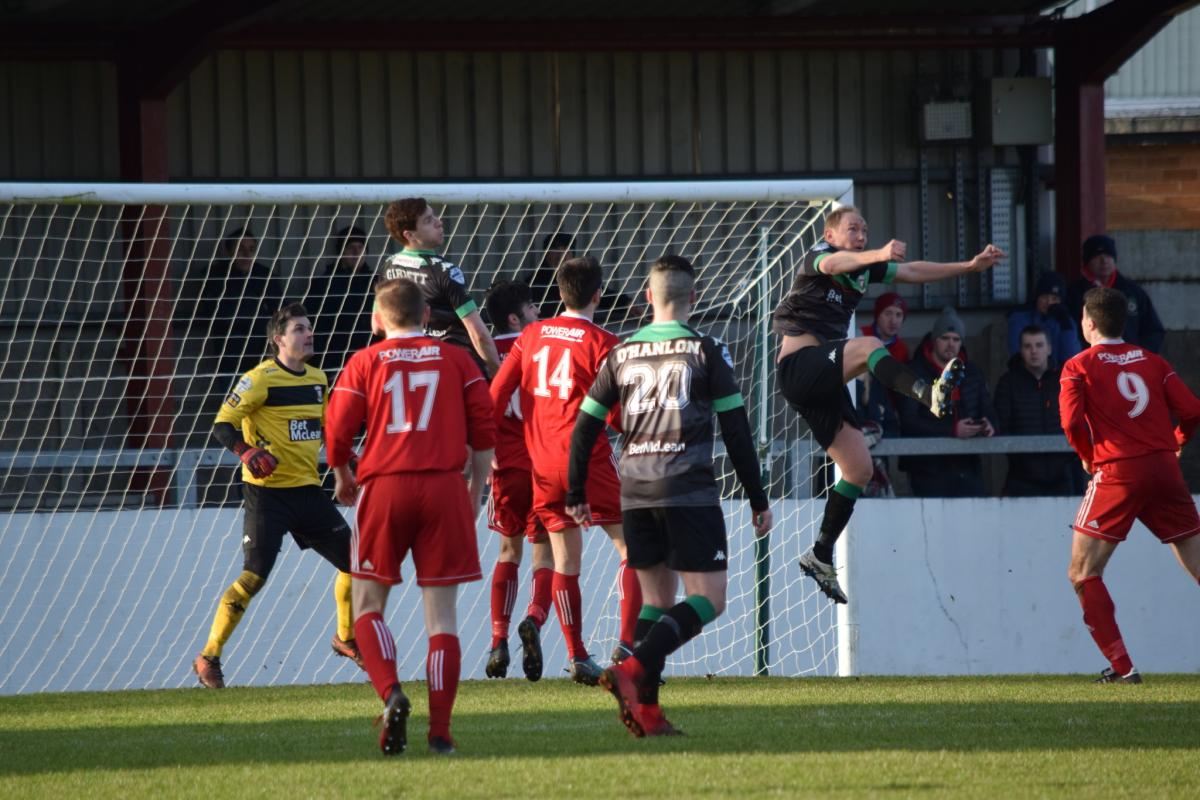 So what, on paper, looked like a potentially tricky tie, turned out to be a reasonably comfortable win. Next up is a home game in the Danske Bank Premiership with Ballinamallard United visiting the Oval on Tuesday evening. 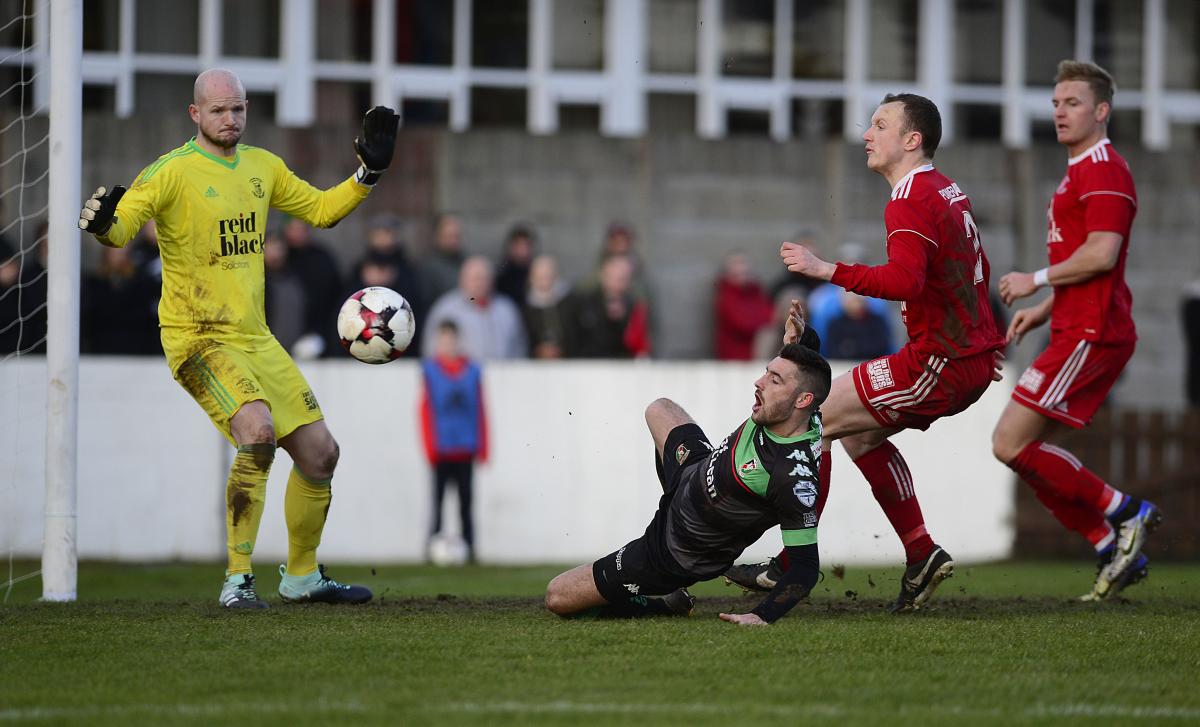 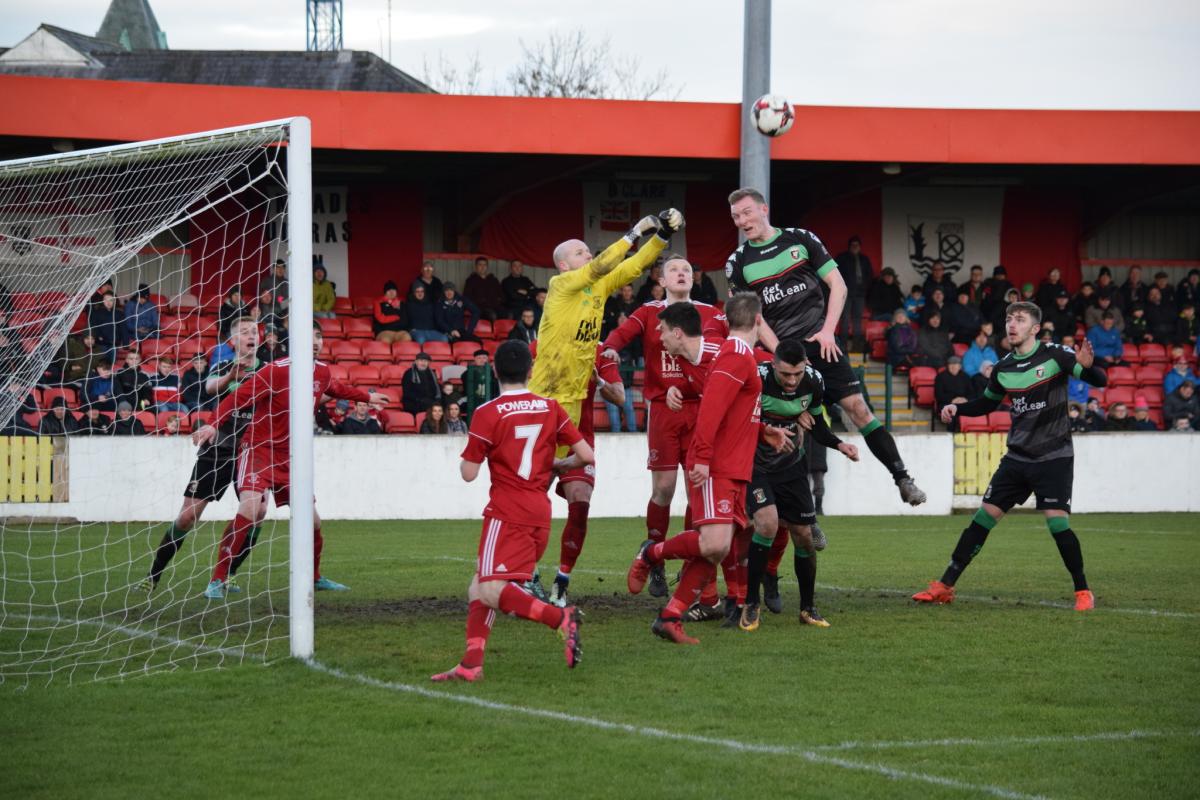