Glentoran's hopes of snatching 7th place in the Danske Bank Premiership and a place in the Europa League play-offs were dealt a blow with an extremely disappointing defeat to Ballinamallard Utd on Saturday afternoon. 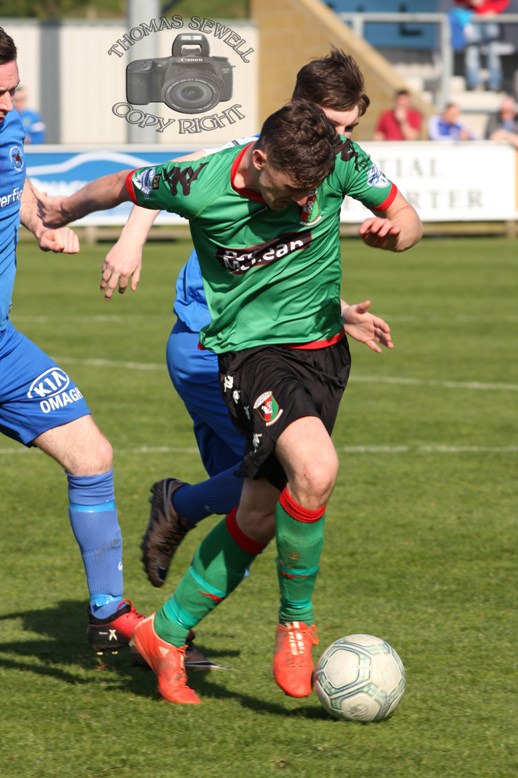 On a beautiful sunny Fermanagh afternoon the Glens though they'd made the perfect start, scoring with just 2 minutes on the clock. A long ball forward from skipper, Marcus Kane, put Ross Redman clear. He found Stephen O'Flynn and the big striker's shot was helped into the net by Curtis Allen. Referee, Lee Tavinder gave the goal and Allen and his team mates headed across to celebrate with the travelling Glentoran fans. As they arrived at the edge of the pitch, linesman Richard Storey raised his flag. Following a discussion with the referee the goal was disallowed! Allen certainly didn't appear to be offside and once again the match officials left followers of the Danske Bank Premiership scratching their heads.

The first goal is important and although the Glentoran players would have been disappointed by the decision what followed was poor, even by this season's standards. On 18 minutes the Mallards went in front. From a corner on the right the ball was played to an unmarked Shane McCabe. He found Ryan Curran on the edge of the area and although Curran's strike wasn't great, Ryan Mayse reacted quicker than any of the Glentoran defenders to poke the ball past Elliott Morris. 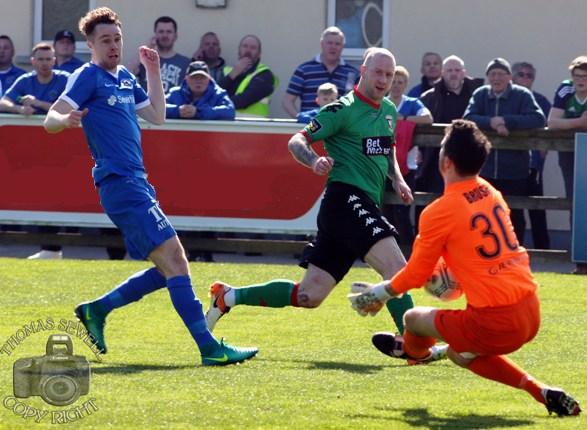 Stephen O'Flynn had the chance to level just 2 minutes later but his drive was straight at Richard Brush. Midway through the second half the home side doubled their advantage. Ross Redman conceded a poor free kick just outside the area. Niall Owens curled his shot around the wall, forcing Elliott Morris to make a fantastic save, turning the ball onto the post. Once again though it was a Ballinamallard United player who reacted quickest, Colm McLaughlin turning the ball home.

Glentoran did mount a number of attacks in the run up to half time with Allen, O'Flynn and Kane all having chances but Richard Brush in the Mallards' goal won't have had many easier afternoons this season. 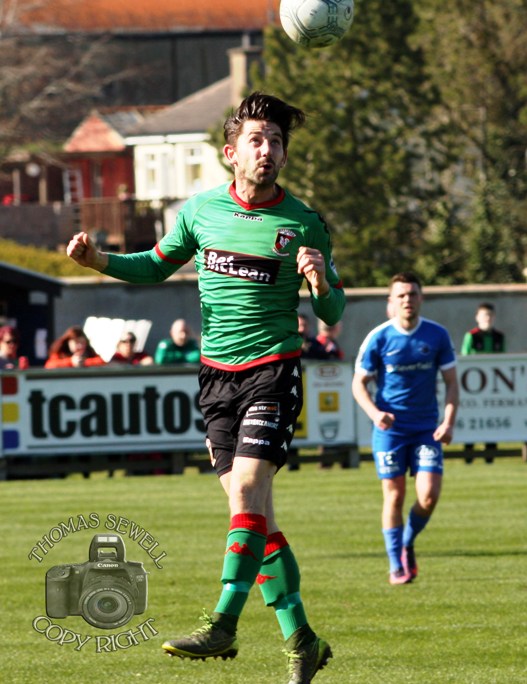 A reaction was needed after the break but it never materialised and on 52 minutes it was game over when Shane McGinty netted a third for Ballinamallard United. McGinty broke from his own half leaving Steven Gordon in his wake and all too easily eluded some poor attempts by the Glens defence to tackle him. His first shot was blocked but he made no mistake from the rebound.

A minute later Gary Haveron made a triple substitution with McAlorum, Smith and Lavery coming on to replace Gordon, O'Flynn and Addis. Lavery and Kane had half chances to reduce the deficit but the best chance of another goal fell to McGinty who brought a great save out of Elliott Morris. With around 20 minutes remaining the Glens were down to 10 men with Tiarnan McAuley having to go off with an ankle injury. It was unfortunate for the young defender as he, along with Conal Delaney, were the two best players for Glentoran on what was a bad day. 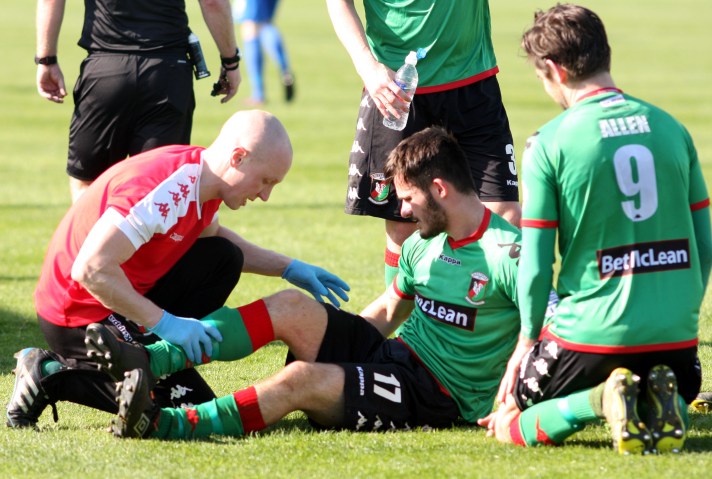 With Dungannon Swifts losing heavily against Ards at the Bangor Fuels Arena this was a chance missed to move into 7th spot and maybe, just maybe, give ourselves a shot at European football next season. We didn't take it. The fact that Ards 4-1 win actually moved them ahead of us and into 8th spot (on goals scored) was another disappointment for the loyal Glentoran fans who have endured a poor season. The optimists amongst that support will still see a chance of grabbing 7th spot and it is actually still possible. The reality is that it is the players who step over the white line next Saturday at Dungannon who can determine how the season ends. We need a performance and a result.

Footnote: Best wishes to Tiarnan McAuley who had to go to hospital for a scan following his injury yesterday. We hope to see you back in that No.17 shirt again very soon.