A spectacular 25 yard strike by Marcus Kane in the first half was cancelled out by an equally good goal from Philip Donnelly in the second as Glentoran and Armagh City played out a 1-1 draw at Holm Park. 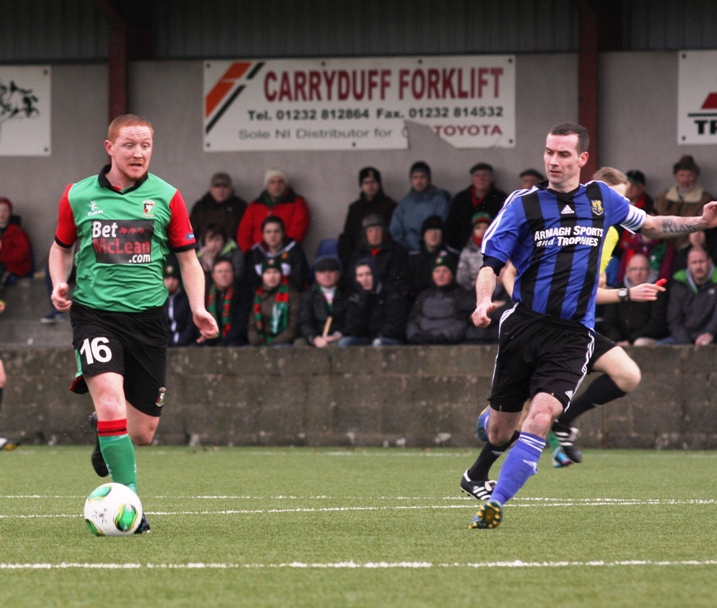 Stephen McAlorum was back in midfield for the Glens today with Johnny Addis moving to left back with Jason Hill out with a thigh injury. Jordan Stewart had the first real chance of the game but hooked the ball wide in the 9th minute. Armagh City might have went in front on 11 minutes; Matthew Hynds found space in the area but delayed his shot long enough for Jay Magee to make the block. From the corner Ultan Lennon's header was gathered by Elliott Morris at the second attempt. Jay Magee ventured forward just before the quarter hour mark. As the defence backed off he drove the ball goalwards but it took a slicht deflection of a defender and went just wide of the post.

Glentoran went in front on 18 minutes. They broke down the right and Curtis Allen's blocked effort fell to Marcus Kane. Kane, 25 yards from goal, unleashed an unstoppable shot which found the back of the net off the underside of the crossbar. 5 minutes later good inter-play from Allen and Henderson resulted in the latter creating a chance for Johnny Addis but Morgan got down well to deny him. Henderson put a ball through for David Scullion on 35 minutes. As Scullion prepared to pull the trigger he was brought down from behind. Penalty! Surprisingly referee Tim Marshall produced only a yellow card for the defender, Ultan Lennon. Curtis Allen took the spot kick but was wide of the post. Minutes before the break City's centre-forward had a chance to level but Morris got a vital touch, turning the ball away for a corner. 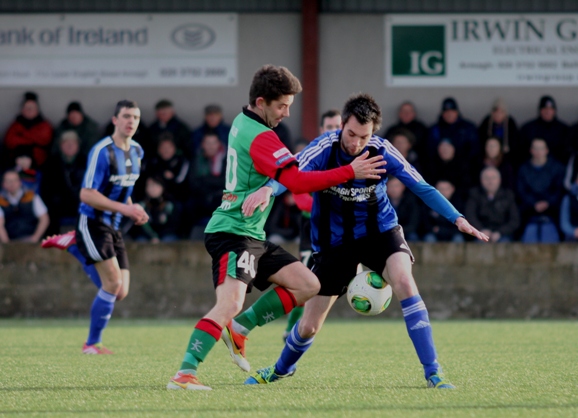 Armagh City upped their game in the second half. Paul Carvill went close on 50 minutes and then he also brought a great save out of Morris with a 20 yard free kick. Willie Garrett had the visitors first attempt of the second half, cutting in from the right and firing a left-footed effort on target. Unfortunately for Garrett it was straight at Morgan in the home goal. A minute later (59) Jordan Stewart also tested the Armagh keeper with a shot from the left corner of the penalty box. On 65 minutes substitute, Aaron Boyd was inches wide with a 20 yard effort.

Armagh City got back on level terms on 67 minutes. They broke forward and following a throw in on the right Stephen Murray laid the ball back to Philip Donnelly who blasted it into the top corner from 20 yards. Boyd created a chance for Allen on 74 minutes but the Glentoran striker's weak effort was easliy collected by Morgan. 7 minutes from time a speculative lob into the danger area looked to be heading for the top corner but Morgan managed to tip it over the bar. 2 minutes from time City broke again and Murray found substitute, Shane McGerrigan. Willie Garrett however was on hand to make a brilliant block. In stoppage time John McGuigan had a chance to win it for Glentoran but sent his shot beyond the far post. 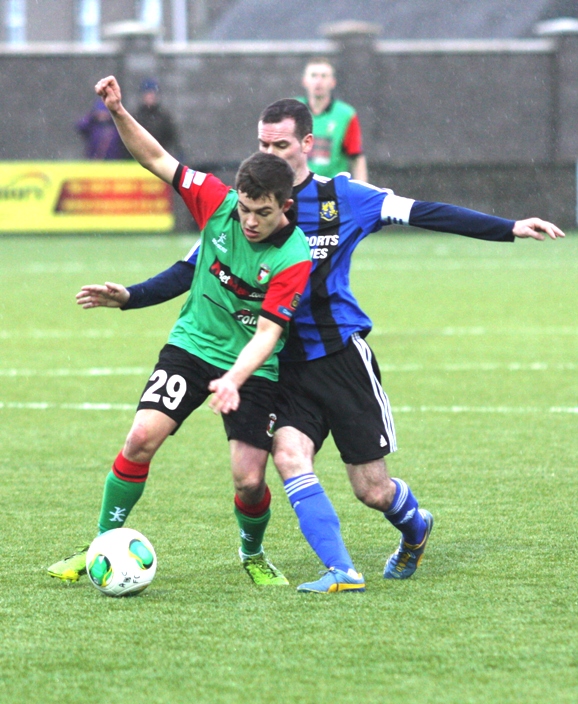 Manager, Eddie Patterson was unable to make today's game due to illness. Everyone at Glentoran wishes Eddie a very speedy recovery.

The two teams will replay at the Oval on Monday 17th February. Kick-off 7:45pm.