Eddie Patterson's side made it two consecutive 0-0 stalemates in a row on Saturday as a stubborn Ards side were unlucky not to take all three points at a blustery Clandeboye Park in Bangor.

In the prelude to Boxing Day's showpiece Big Two encounter, the east Belfast outfit came off the back of an impressive 0-0 draw at Seaview seven days prior however this result will not rest as easily with players, management or supporters as Glentoran struggled to create many clear-cut chances against a team who had lost their previous six games. With Crusaders and Portadown losing and the derby coming up on Thursday it was a real opportunity to gather some momentum and push higher up the table as the turn of the year approaches, so the Glens will be disappointed with not only the scoreline, but also the manner in which it was achieved. 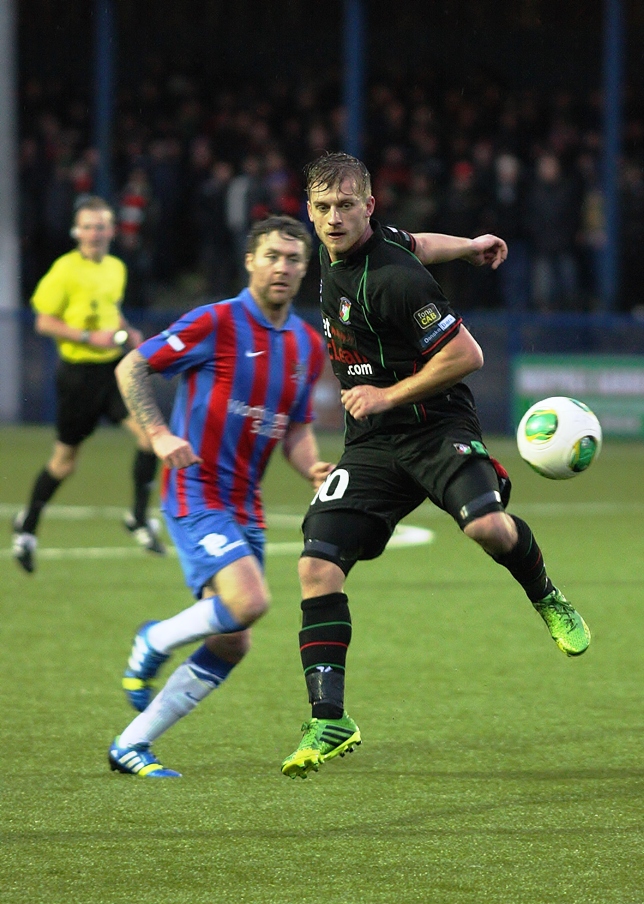 The early stages belonged to the 'home' side as Ards forced a couple of early corners and former Lisburn Distillery defender Andy Hunter blasted a free kick wide of Elliott Morris' upright. Thankfully, after this the travelling team did display some signs of improving but it really was a game of 'almosts' for Glentoran. Firstly, 10 minutes in, Jason Hill whipped a wonderful ball into the box and top-scorer Marcus Kane made contact - only for Aaron Boyd to come within inches of turning the ball into an empty net. Ten minutes later and the Glens could've made it 1-0 as wonderkid Jordan Stewart made a complete mockery of the Ards defence by dazzlingly dancing past 5 red and blue shirts before finding Richard Clarke in the area. Sadly, Clarke wanted too much time and his effort was blocked.  Next up, Kane rifled an effort goalwards from 30 yards but Graeme McKibbon was equal to the strike.

After that spell of Glens pressure, Ards exerted their own attempts at breaking the deadlock as Hunter, David Armstrong and William Faulkner all wasted good opportunities to open the scoring in an entertaining ten minute period. Just before the interval, Stewart - who was arguably the best player in black on the pitch - skilfully beat Gary Spence on the wing but again his cross couldn't be converted. 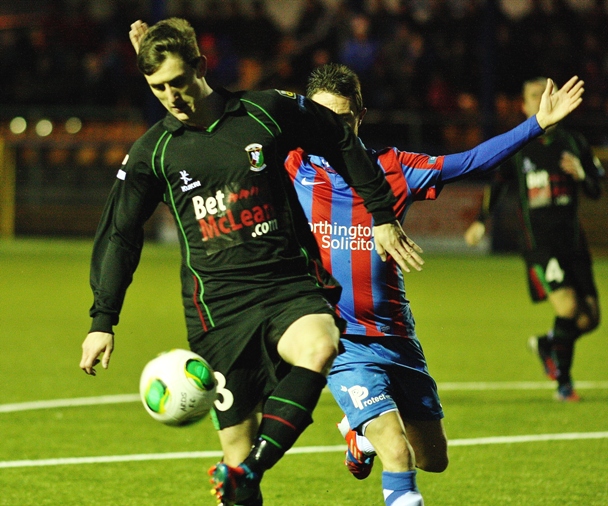 Just one minute after the restart, Faulkner had the ball in the net but thankfully for the large away contingent the offside flag had been raised well in advance. On 51 minutes Stephen McAlorum led a swift counter-attack and found Richard Clarke but the Castlederg man couldn't get the ball out from underneath his feet and the danger was easily cleared. Richard's namesake, Mark, then fired a fantastic free-kick goal-wards two minutes later but McKibbon was equal to the effort; a superb acrobatic stop from the Ards 'keeper.

Both teams almost scored soon after. On 66 minutes, the ball rattled Morris' post as an Ards free-kick slammed the upright with the 'keeper beaten before just three minutes later Jay Magee powerfully met a corner kick and in the ensuing chaos the home team smashed clear with five Glens players eagerly attempting to slot home from inside the six-yard box. On 70 minutes Stewart again displayed his promise by driving at the opposition but again Boyd couldn't connect with his fantastic cross. With just five minutes left on the clock, the Glens had Morris to thank once more as he produced a sublime one-on-one save before David Scullion, on as a substitute, couldn't convert when in a similar position.

Frustratingly that's the way it ended and many of the supporters were unhappy with a poor performance against a team rooted to the bottom of the table. That being said, the record stands at one league defeat in nearly three months as we go into the next game. On Thursday Linfield will travel across the city to the Oval in the traditional Boxing Day derby and we hope to see you all there.

On behalf of everyone at Glentoran, have a very merry Christmas.