"In Bergen, I will never forget the players in the dressing room at half time, flooding the floor with rainwater, as they squeezed their shirts and shorts out. No moans, just the will to get the job done."

Those were the words of George Eastham, the Glentoran manager, speaking to the Glentoran Gazette after the first leg of the second round, European Cup Winners' Cup tie against Brann Bergen in the rain-lashed Norwegian city.

The game should never have been played. The ground flooded and was battered by incessant rain and winds.

But still, the Glentoran side battled on and got the job done, drawing the game 1-1, in turn defeating the Norwegians back here at the Oval.

It was this season, forty-five years ago, from which we drew the inspiration for the Glentoran 2019/2020 away kit. 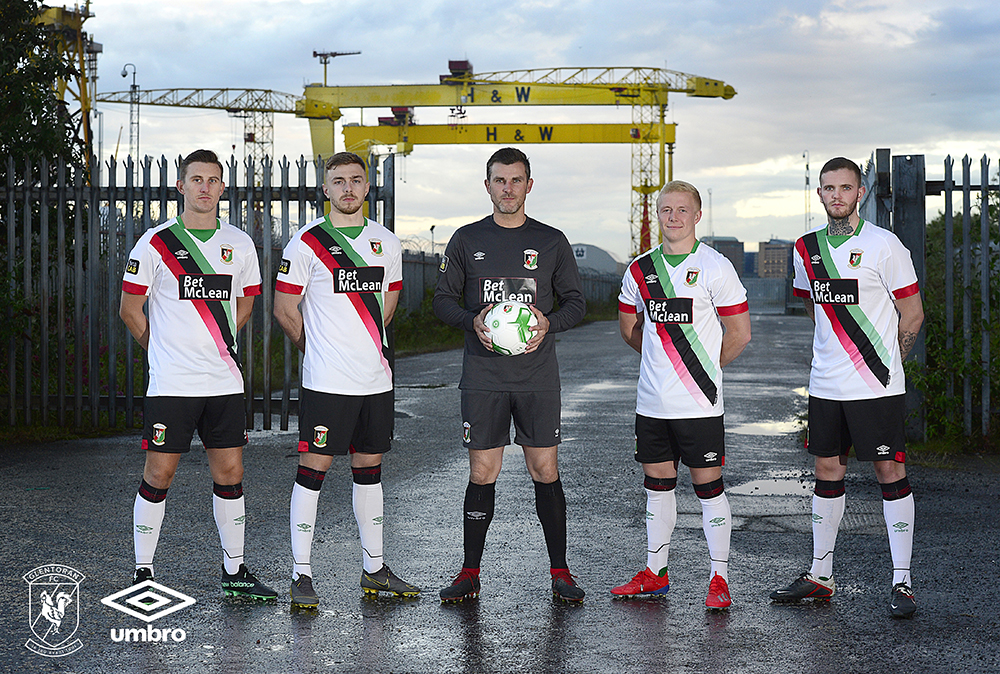 It was a campaign which would see a team of teachers, shipyard workers, and tradesmen from east Belfast, progress all the way to the quarterfinals of the European Cup Winners' Cup, wearing one of the most striking and revolutionary shirts of the era. 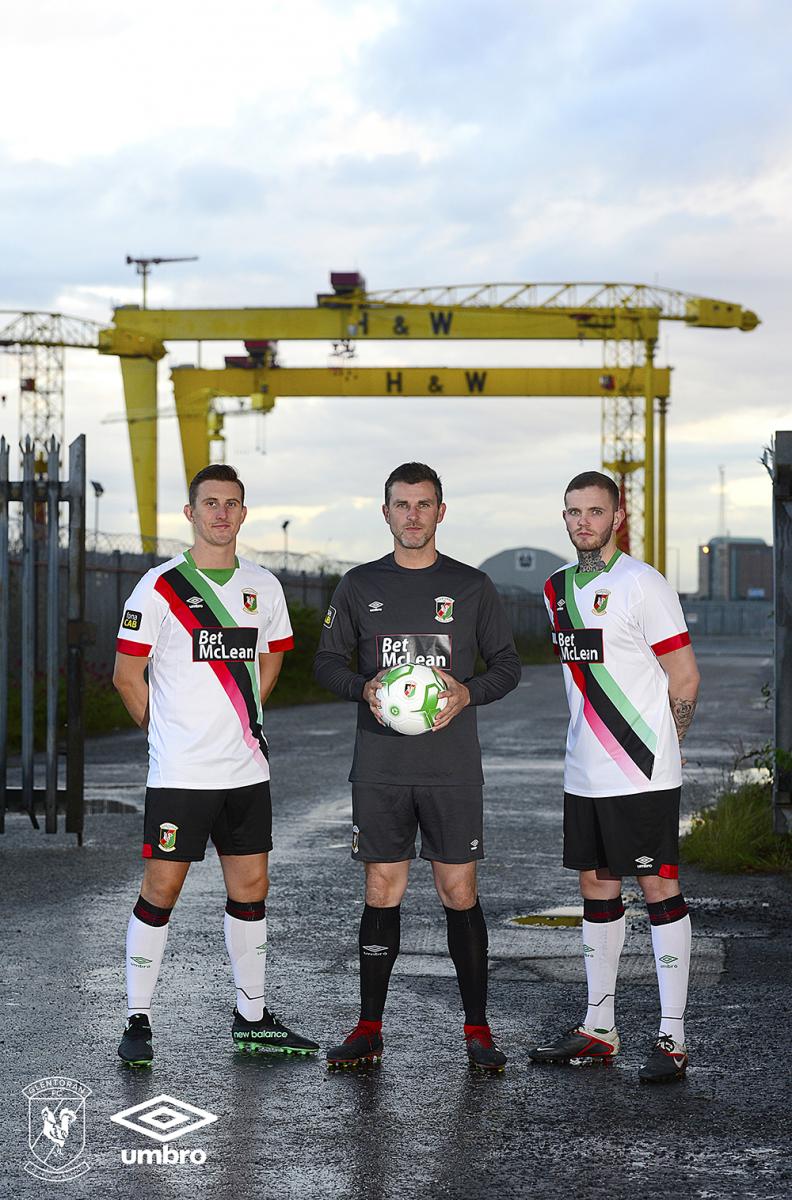 In association with our technical partners at Umbro and Club Sport NI, we are delighted to unveil this eye-catching representation of the class of 73/74. 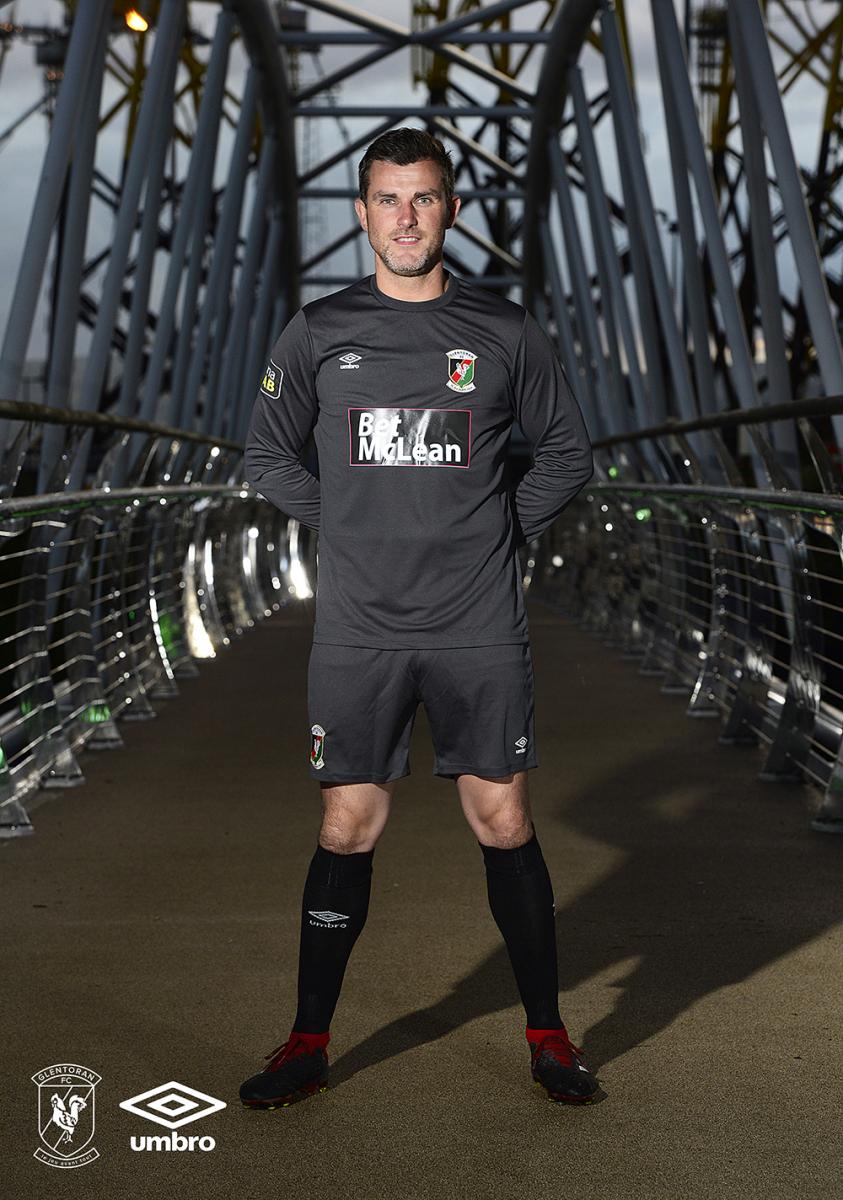 We have revisited the red, green and black, three stripe, sash type styling of the era adding a graduated fade, whilst keeping the Glentoran crest prominent. Both shorts and socks carry the Umbro diamond piping which would first come to prominence in the mid 70's. This design is simply a case of classic meets modern. 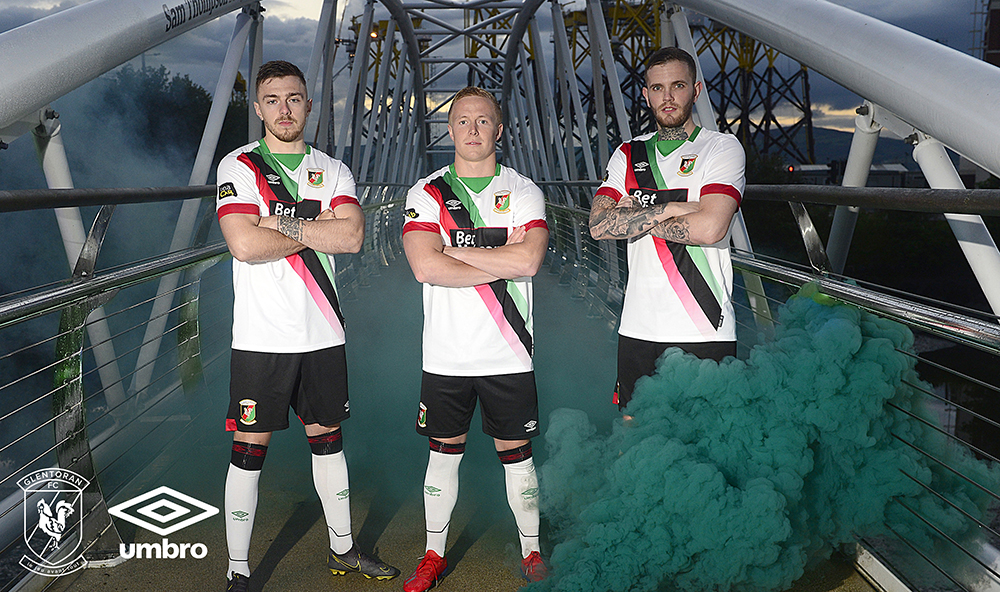 Taking into account the opinions and feedback from our supporters, the sponsors' logos have been sublimated into the material, reducing shine and eradicating the issue of branding coming adrift in the wash process. 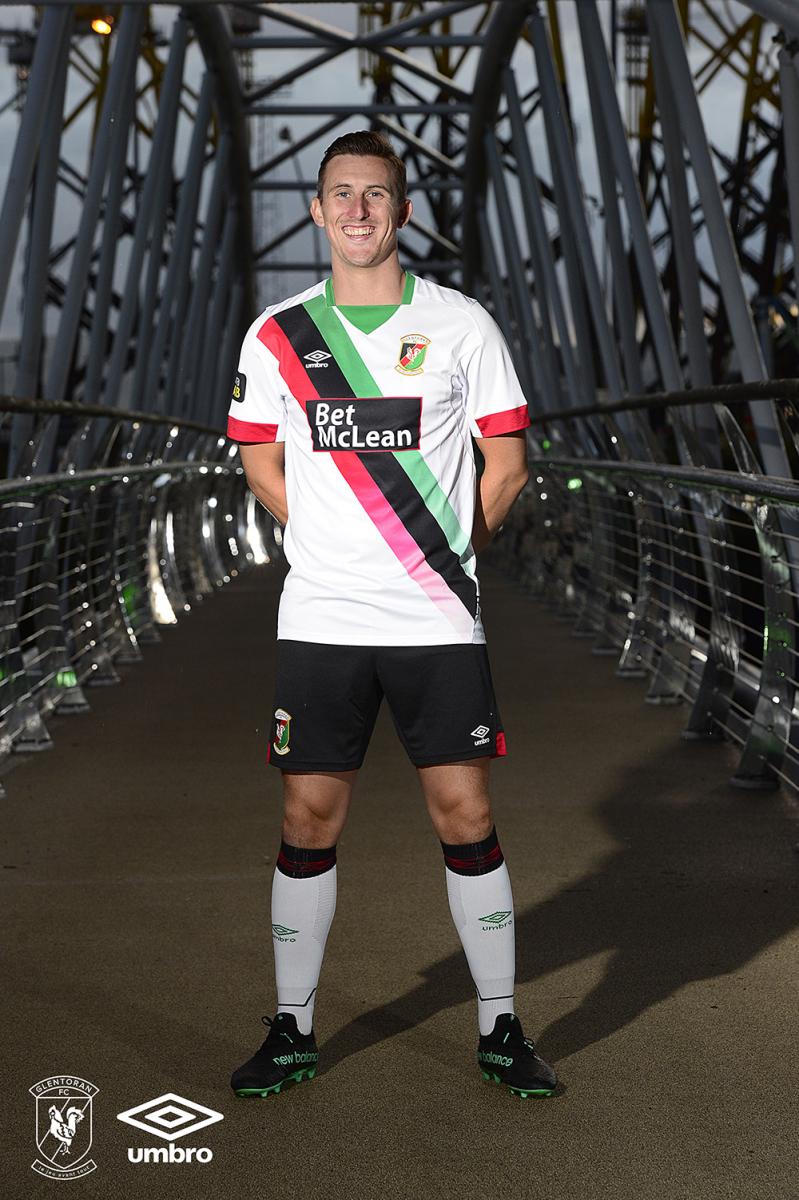 In designing this season's playing strip, we have also afforded the squad the opportunity to mix and match home and away shorts. Each shirt can be worn with either black or white shorts. Undoubtedly, you'll have your own favourite. 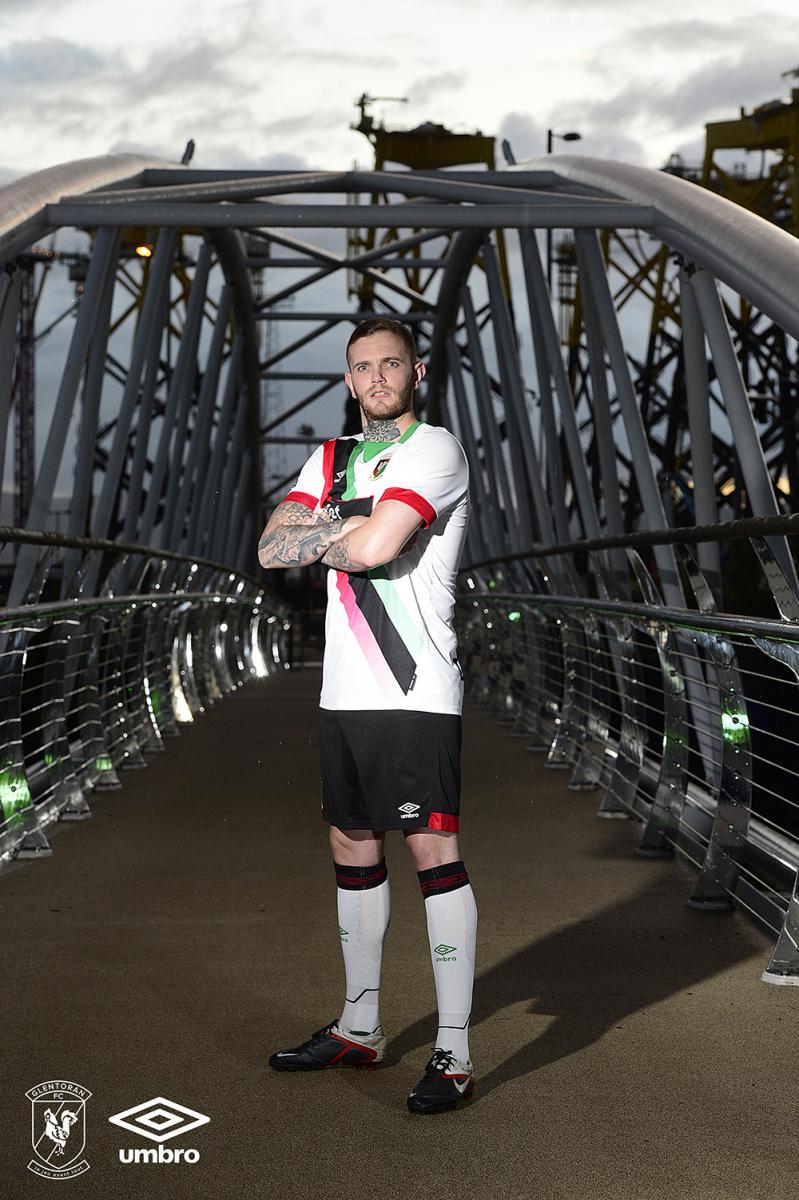 GLENTORAN AWAY 2019/2020 is a fitting tribute to the lads of 74, a band of brothers, who, in this shirt, traversed Europe whilst "getting the job done." 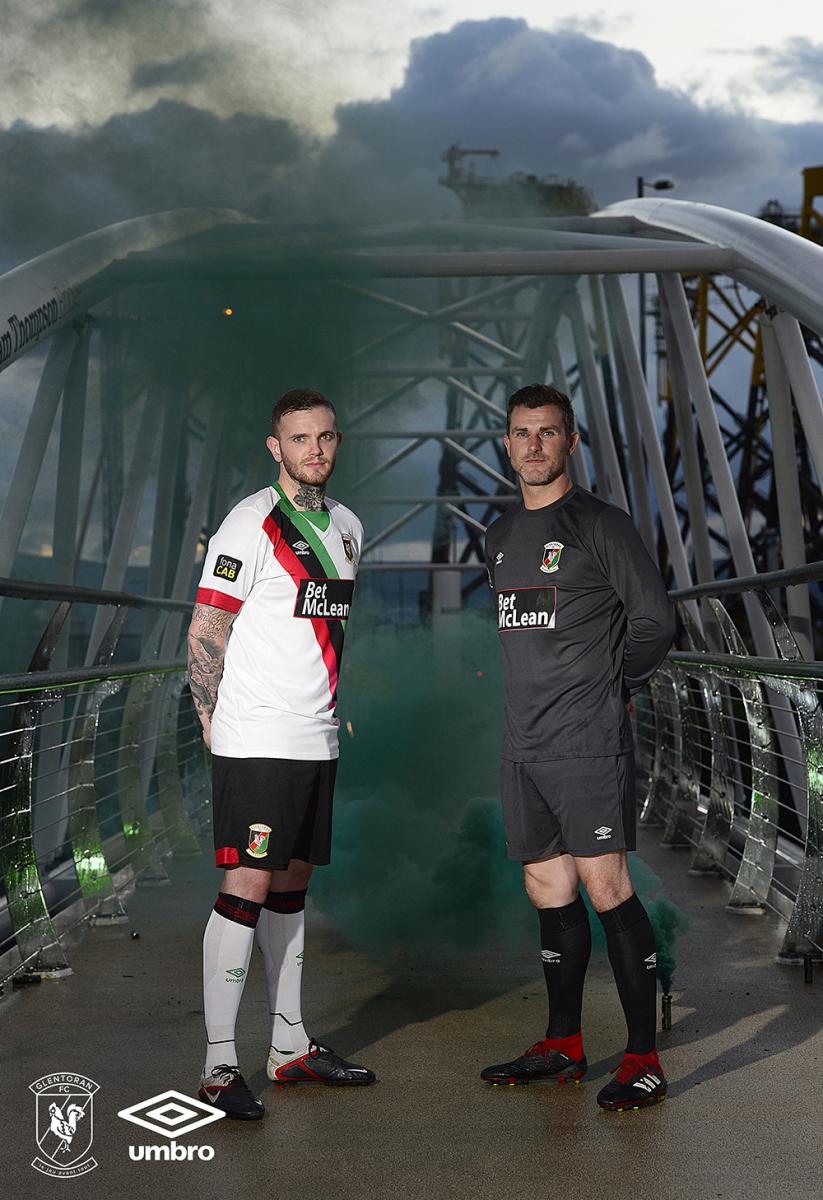 It is also dedicated to the memory of the Glentoran great Roy Stewart, who sadly passed away just hours after playing for his beloved Glens in the European Cup Winners' Cup quarter-final against the German giants of Borussia Mönchengladbach. 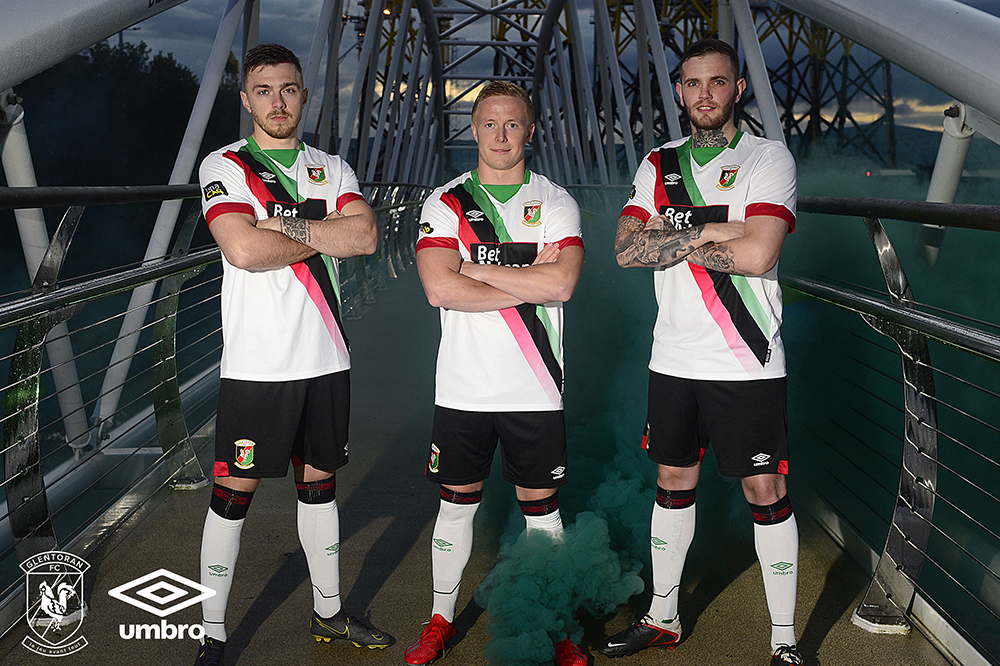 2019/20 Away Shirts are priced at £48 for adult and £38 for child. Sizes are available starting at small boys to 4XL adult. Due to the quick turnaround for this launch, pre-order will not be available.

Thank you to Pacemaker for photographing this launch and Clifford Logan for the designs. 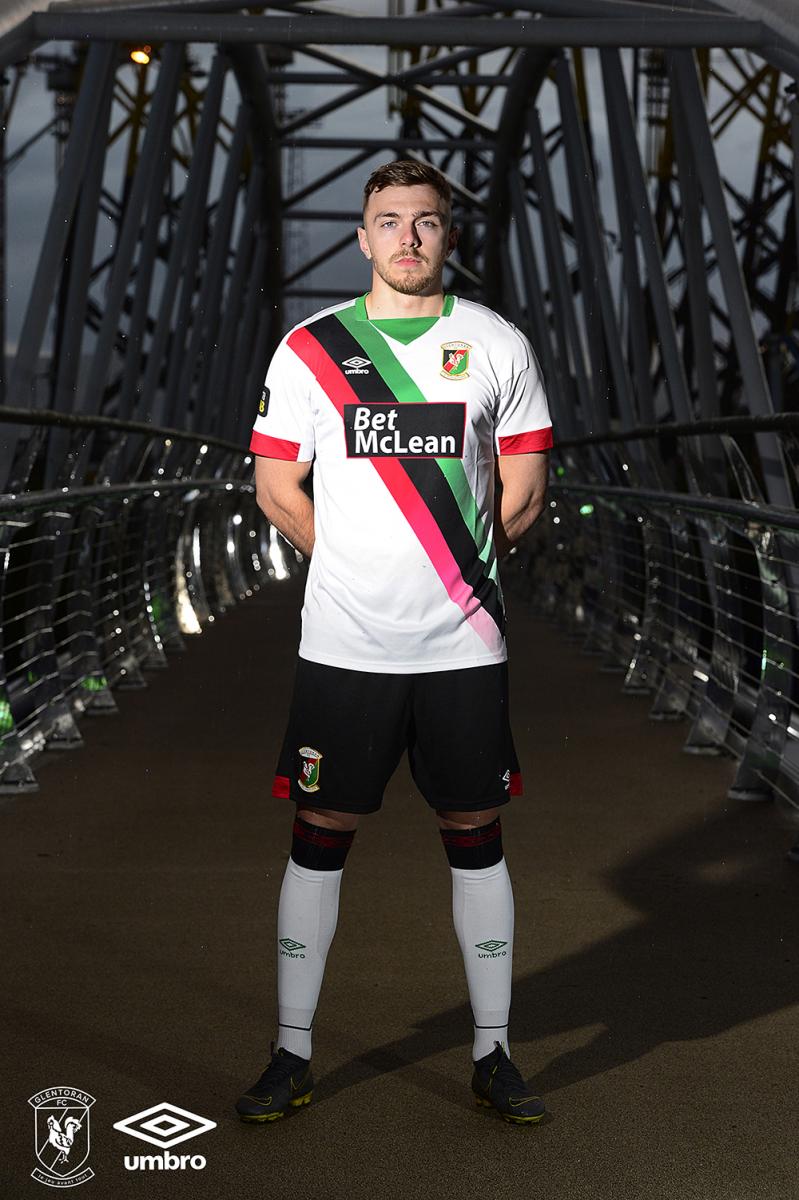 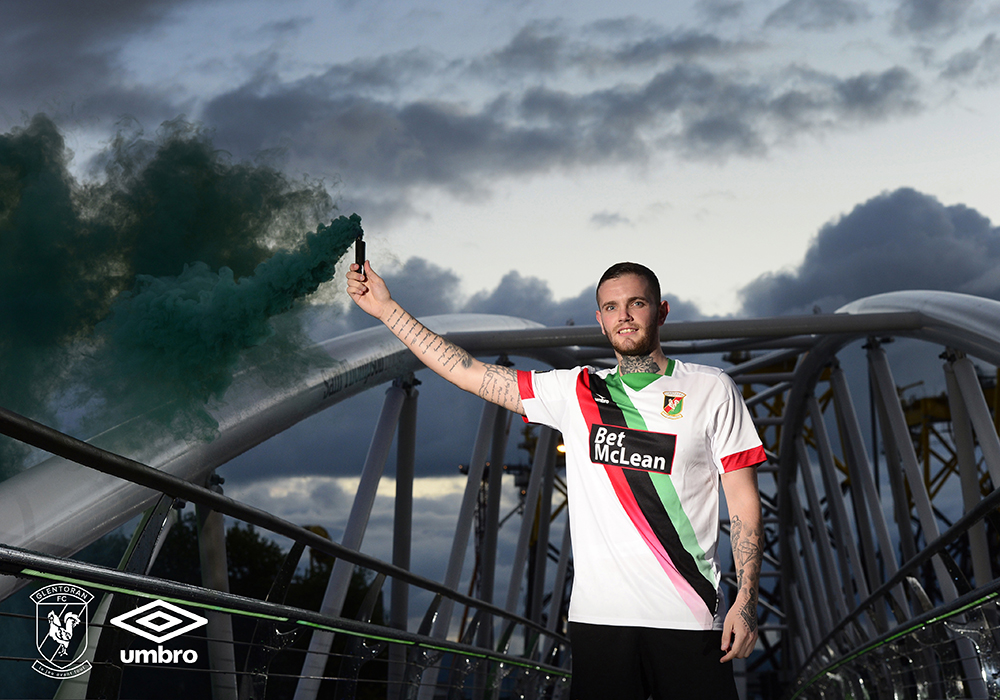 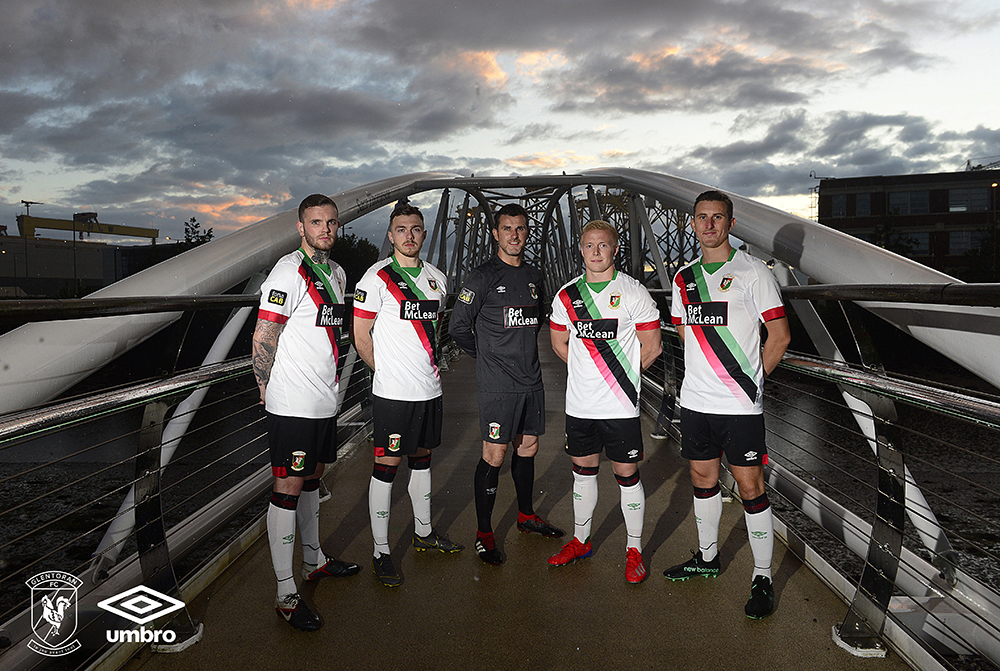