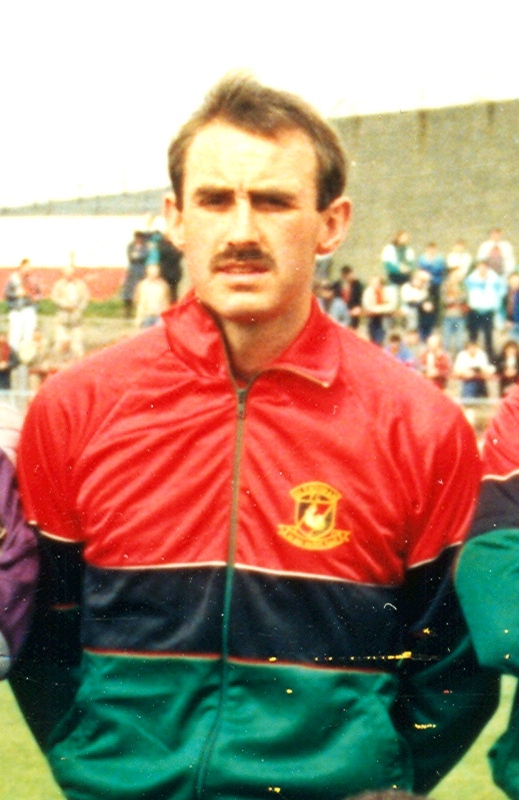 You initially arrived at the Oval in 1978 but left for the USA and the North American Soccer League. What was the standard like over there and what are your memories from that era?

At that time most of the players were of international standard or from South American or European leagues. Fitness levels were very high, and I was sent to the university sports science department on a couple of occasions for fitness testing because I was not up to the required standard coming from the Irish league. I have fantastic memories of the lifestyle of a professional player, the travel throughout the USA, the glorious weather in California and finally the friendly American people.

How has that league progressed since you last played and do you still have contacts over there?
It’s taken a while but the league has progressed because of the social media profile of football throughout the world which has resulted in a tremendous fan base in America, so they now feel a sense of community for their team. I have lost contact with most people from that era but still receive correspondence from the Canadian national team.  I hope to go over when they host some of the games in the World Cup.

You represented Canada at the 1984 Olympic Games in LA and were a member of the Canadian World Cup squad at Mexico 86. What were those experiences like?
I can only describe them as one of the proudest moments of my life and for my family, representing my country of birth and to this day I call myself a Canadian even though brought up in east Belfast. The teammates I will never forget, nor the fun, laughter and comradeship.

You came back to Northern Ireland and re-joined Glentoran amassing 333 appearances, what was it like to be back?
To be honest difficult; I lost my mother shortly after I returned, I joined a team in transition, adapted to the weather again and going from full time training to training two nights a week behind the Oval nets is not an ideal situation. However, the resilience of the team came through in the end. 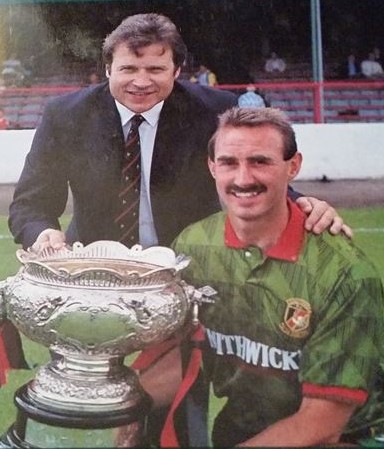 Terry and manager Tommy Jackson with the League Cup in 1992

What about that goal against Spartak Moscow?
I was having a joke with someone in the changing room that we needed to test this world class keeper (Rinat Dasaev) physically. Little did I know I would score a header against him; he seemed a little rattled playing at the Oval.

Who would you say is the best player you’ve ever played with and against?
Can I have permission for two I played with?  It is John Devine and Raymond Morrison.  The player against has to be Raymond McCoy of Coleraine.

You took over the captaincy from Jim Cleary.  What was that feeling like and what changed for you once you had the armband?
Once again very proud and honoured to be Captain of this famous club and remembered the stalwarts who had gone before.  Being from East Belfast I even felt more responsibility as the spotlight was on you, but I thrived on the challenge and hoped the team’s achievements reflected this. 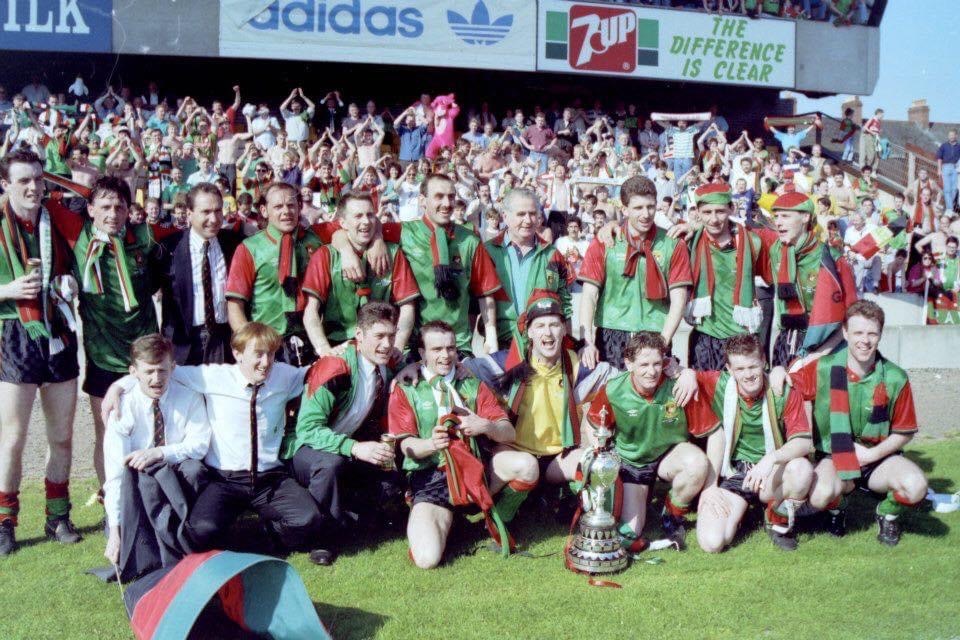 One match you’ll love to relive.
Glentoran v Coleraine at the Showgrounds to win the league title.  Nervous, anxious Glentoran fans who were at the back of the stand unable to watch because of fear and finally tears of joy being carried round the pitch. That was our double winning season.

You didn’t score many for the Glens, 12 in total.  Apart from in Europe, any of the others stand out especially?
The 40 yarder into the top corner against Jim Platt who was playing for Coleraine at the time. Maybe he was near finished by then!

You spent 5 or so years at Crusaders coaching.  Are you still involved?
I had most enjoyable years at Crusaders and hopefully put in good foundations at the club as a coach which have been built upon. I’m now coaching homeless adults as part of the Charity Street Soccer based at East Belfast Mission.

Any ambition to return to the Irish League to coach?
No ambition to be involved in the Irish League as it really is full time and would consume me completely because it’s all in for me or nothing. Life has moved on and I enjoy my grandchildren, weekends away and that little bit of freedom retirement brings.

What achievement are you most proud of in your career?
There are a number, but winning Soccer Bowl with Tulsa Roughnecks in 1983 at BC Place, Vancouver was something special in front of a 60,000 crowd, the equivalent to Leicester winning the Premier League a few years ago or Wimbledon winning the FA cup.

When were you last at the Oval and have you been keeping an eye on things that are happening with the club?
The last game I watched was against Linfield at Windsor. They played very well and just needed more belief for a positive result. It’s the first season that I have witnessed a real sense of togetherness which I picked up at the recent Legends’ day. My mantra has always been to have a great Glentoran team you need great players of the calibre of Billy Caskey, Gary Macartney, Jim Cleary and their ilk and I think the management team are on the right track. 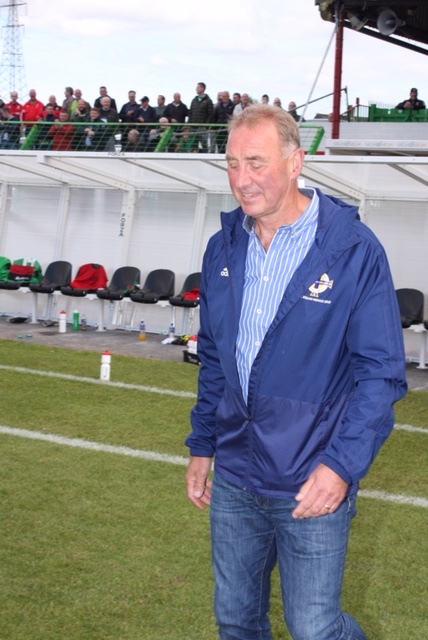 Terry at this season's Legends Day at the Oval