Congratulations to Calum Birney on making his 200th first team appearance for Glentoran in Saturday’s 2-0 Danske Bank Premiership win over Ballymena United at the Oval.

East Belfast man and boyhood Glenman Calum is currently our longest serving outfield players, having made his first team debut as an 18-year old substitute in a 1-0 home league win over Cliftonville in February 2012, at the very start of Eddie Patterson’s reign as Glentoran manager. That was a very different Glens squad from today, reading: Morris, McGovern, Hill, Nixon, Ward, Callacher, O’Hanlon, Clarke, Waterworth, Knight, O’Kane subs Birney, Eamonn Murray, Boyce. Of that team only Elliott Morris, Sean Ward, Jimmy Callacher and Andy Waterworth are still playing Premiership football along with Calum. He made his first start two days later in a 3-0 home win over Bray Wanderers in the Setanta Cup and scored the first two of his twelve first team goals in a 2-0 “Big Two” win over Linfield at Windsor Park in the last game of the 2011-12 season.

In his eight seasons in the Glentoran first team squad, Calum has had a serious number of partners in central defence, most recently Paddy McClean in his 200th game on Saturday. These include Colin Nixon. Jimmy Callacher, Jay Magee, Jonny Addis, James Ferrin, Daniel Kelly, Joe Crowe and Gavin Peers. But without doubt his most memorable partnership was with fellow East Belfast man Willie Garrett in the 2015 Irish Cup Final, when they played superbly together to keep a clean sheet in our 1-0 win over Portadown. 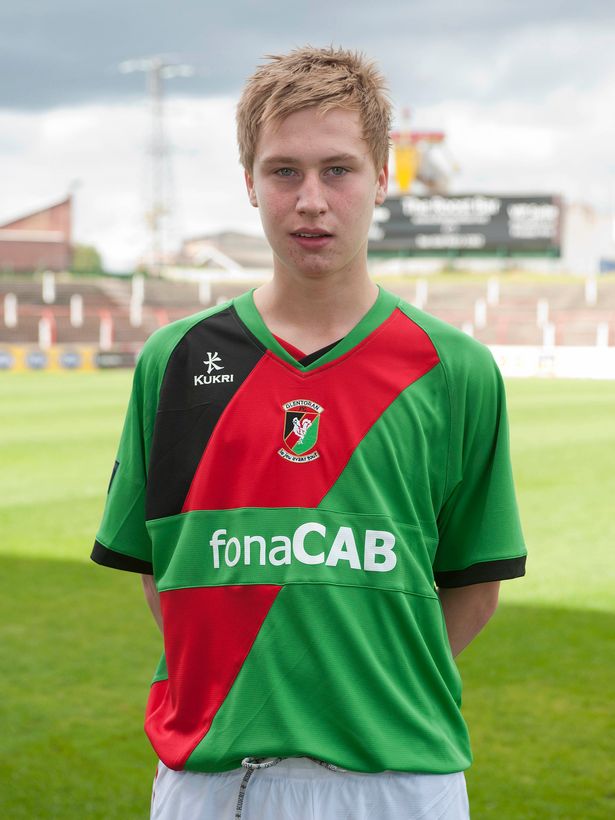 Calum said to www.glentoran.com  after Saturday’s milestone: “First and foremost it has been an absolute privilege to pull on the famous jersey 200 times. As I come from a Glentoran family and grew up supporting the club, playing 200 times is a huge honour for me. my family and friends.

It has been a difficult time representing the club for the last number of years, but hopefully good times are going to return to the oval in the near future and I firmly believe the future looks bright.

The highlight has definitely been winning the Irish Cup against Portadown in 2015, and that’s a day I will never forget.

Hopefully I can make more appearances for the club and play a part in bringing back success for the loyal fans”.

Congratulations Calum. One of our own! 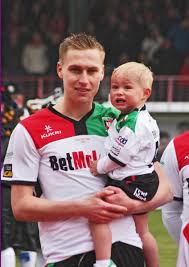 Calum and his son Theo at the Irish Cup Final 2015 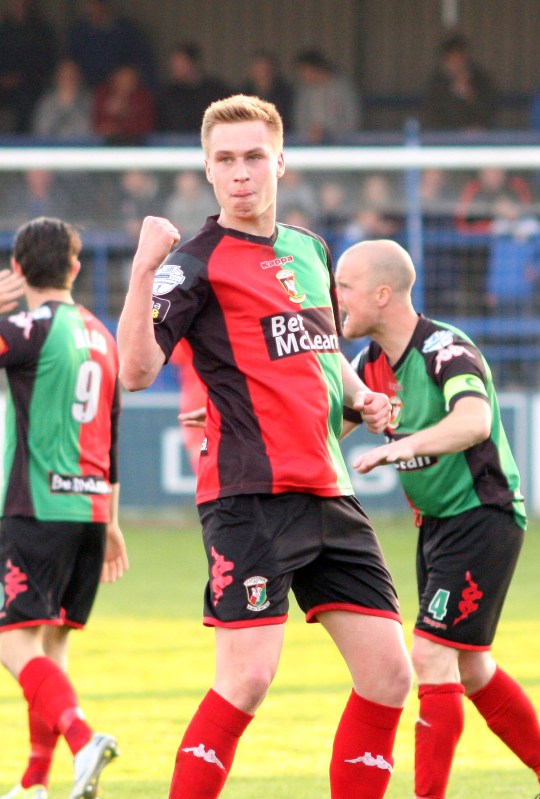 Calum scoring in the 2016 Europa League playoff at Coleraine