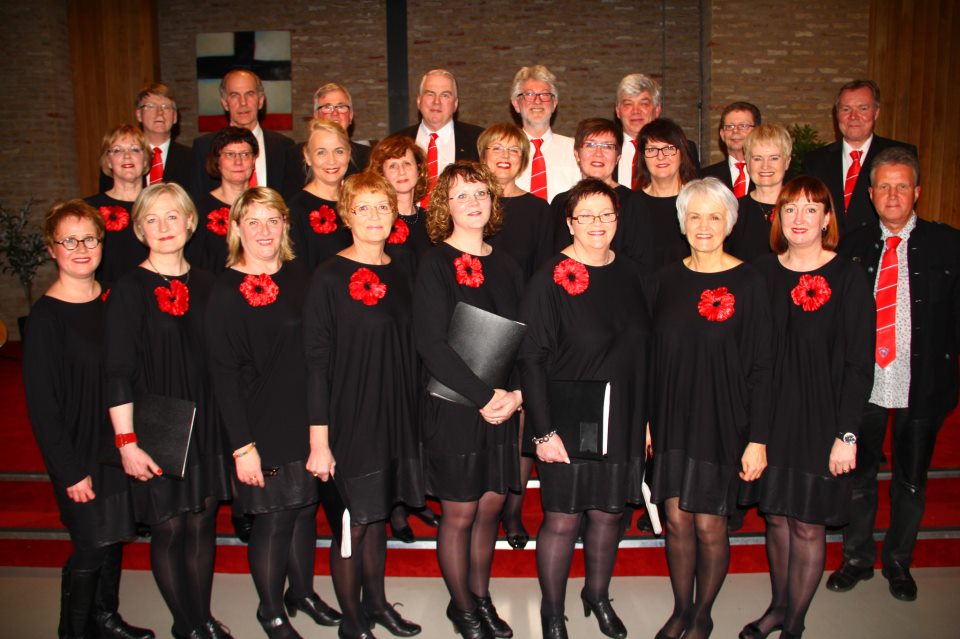 A perfect night in a wonderful setting...

Last Friday evening (26th April) the Glentoran Supporters Committee (1923) began their 90th Anniversary celebrations with a free concert in the wonderful setting of the Skainos Centre on the Newtownards Road.

Taking part in the concert was the Valskorinn Choir from the Valur Club of Reykjavik ably supported by the local group, The Raven Micks.

Compare on the evening was youngest member of the 1923, sixteen years old Jake Proctor who introduced each part of the night like a seasoned professional.

Opening the show, the Raven Micks captivated everyone with their set of traditional tunes, which ranged from Whiskey in the Jar to Star of the County Down. That set the tone for the evening which was free to attend but was used as a fundraiser for a young local girl, Leah Batchelor who is making a spectacular recovery from ‘Locked-In Syndrome’, after suffering a stroke.

The man who instigated the evening, Halldor Einarsson, had been a Valur player in 1977 when they faced Glentoran in the European Cup and took up the suggestion of bringing the choir of Valur, Valskorinn to Belfast to help celebrate its 20th Anniversary.

The wonderful setting of the Skainos Centre proved to be a fitting choice as the choir’s Icelandic tunes and versions of classics such as ‘My Way’ mesmerised the audience who gave them a standing ovation at the finish.

After the concert, the Glentoran Supporters Committee (1923) made some presentations to the Valskorinn, The Raven Micks and to the Skainos Centre in recognition of their support of the evening. Also on behalf Belfast City Council, local councillor Robin Newton presented Halldor Einarsson with a City Of Belfast plaque in recognition of his efforts in bringing the choir to Belfast.

In total £1200 was raised on the night for the charity; a marvellous achievement.

All in all a wonderful night, that all involved can be rightly proud of being part of.