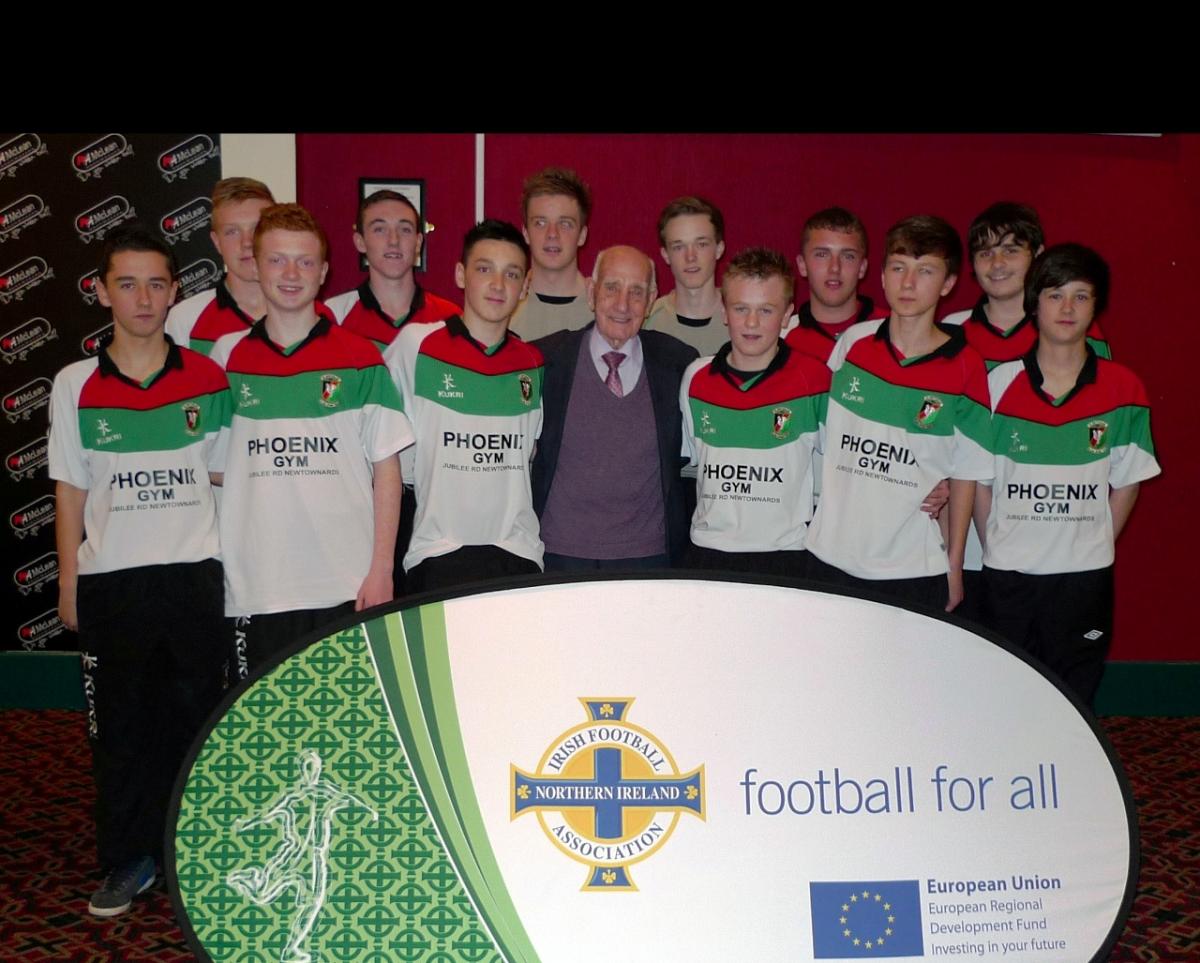 Back in November 2012 at a ‘Football for All’ seminar in the Park Avenue Hotel one of the events discussed for further development was ‘Storytelling’ at your club.

The main aim of a ‘Storytelling’ evening is to share information between generations within the club so that the rich history and passion within them is not lost. The older generation shares the history; the club through their eyes, their story of playing for or following Glentoran with the younger members. The younger players (or fans) in turn relay how they feel about the club, what they have heard and how they see the future from their new starting point. Do they see the club in the same way? Do they share the same vision?

The overarching aspect was to show how sport can be used as a medium to discuss and deal with the past. In this workshop, the 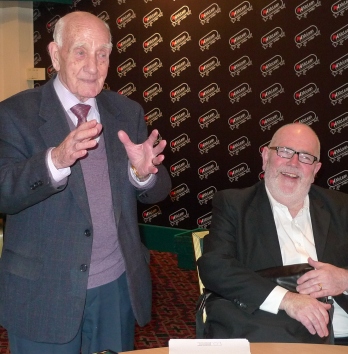 intergenerational groups shared stories and experiences of how being involved with the football club and what it represents has helped the individuals and how the club as a whole progressed through many hard times in society in Northern Ireland.

On Thursday 21st March we got together in the McLeans Suite at the Oval. Bertie Wright, a former Glentoran player from the 1940’s was there with a number of ‘older’ supporters. Leonard Scott, coach of the Glentoran U15 team, was there with the U15 squad. Prior to the main event the U15’s were given a tour of the Oval and a potted history of the club. 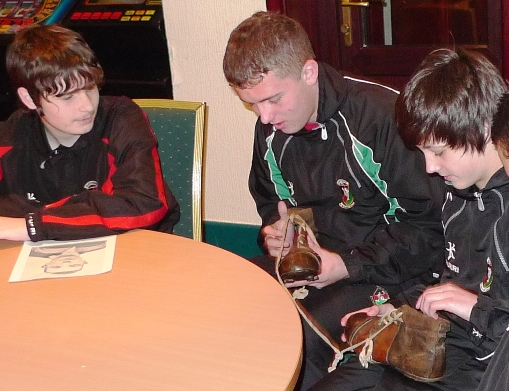 In what turned out to be a fascinating evening, Bertie described his playing days at Glentoran and the fact that due to the blitz and the bombing of our ground that he never actually got to play a match for Glentoran at the Oval. The U15 squad were extremely attentive and when the old ‘caser’ ball with the laces was passed around along with the old, steel toe-capped football boots they wondered how anyone could ever play a proper match with them!

Joe Blake acted as facilitator on the evening and along with the IFA’s Lisa Rickett kept the stories and questions flowing.

Footnote – The Glentoran U15 team reached the final of the Lisburn area cup. Coach, Lenny Scott & the U15’s felt that Bertie Wright had been a real inspiration to them and have invited him to be their guest at their cup final on Saturday 11th May.