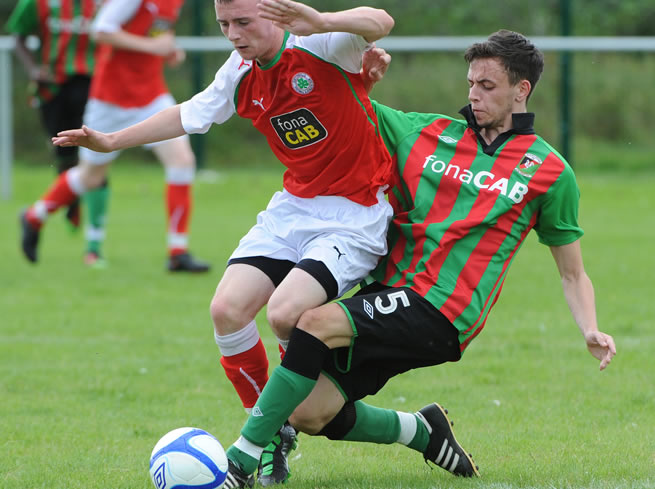 The hugely successful tournament – sponsored by the Unite Against Hate Campaign - aims to bring together teams from various religious and ethnic backgrounds aimed at promoting social inclusion and cultural integration through football.

The participating teams Glentoran Colts, Cliftonville Strollers, Insaka-Glentoran Academy and Sparta Belfast competed in a knock-out style format to be crowned the inaugural ‘Our Club, Our Community’ Cup winners and help with their preparations for the upcoming season. 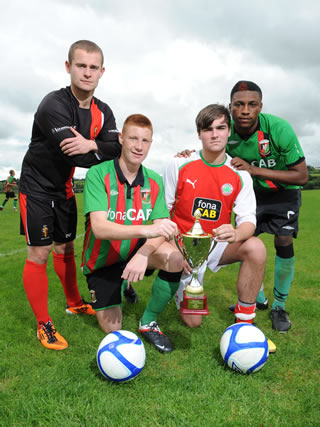 The first round matches demonstrated high levels of quality football from all the participating teams with Glentoran Colts beating Sparta Belfast 2-0 and Cliftonville Strollers edging past Insaka-Glentoran Academy 1-0.

The Final was a tight and cagey affair mixed with tremendous pass and move football with Cliftonville ultimately beating Glentoran 4-3 after penalties. An action-packed 3rd/4th Place Play-off match was won by Insaka-Glentoran who defeated Sparta Belfast 5-2.

Speaking at the tournament, Aubry Ralph, Vice-Chairman of Glentoran Football Club, said: “The inaugural ‘Our Club, Our Community’ Cup has proved to be a huge success and we would like to thank the Unite Against Hate Campaign and the participating teams for all their support.

“We hope that the tournament has helped the teams with their preparations for the new football season, but also in promoting a positive attitude towards diversity in sport and a tolerant and peaceful society in Northern Ireland.”

The Glentoran ‘Our Club, Our Community’ Programme - funded by the International Fund for Ireland’s Community Bridges Programme – aims to make a positive cultural, social and educational contribution through all facets of football.

Working in partnership with our local community the Programme will deliver a wide range of initiatives to help address issues such as intercommunity prejudice, social inclusion, education and training as well as health and crime prevention.