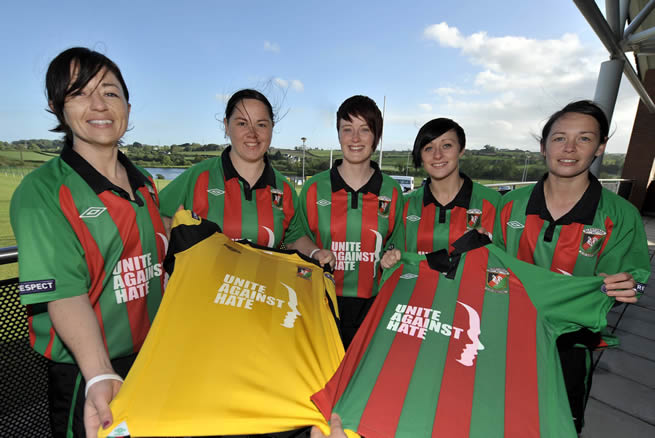 The 2010 NIWFA Women’s Premier Cup and IFA Women’s Cup winners will wear ‘Unite Against Hate’ branded jersey’s throughout the 2011 season to endorse and support the campaign.

The Unite Against Hate Campaign aims to raise awareness of hate crime and draw attention to its negative impact on society, and to promote the benefits of diversity in Northern Ireland.

The campaign highlights all six forms of hate crime including homophobia, racism, sectarianism and transphobia as well as prejudices based around a person´s faith or disability and challenges everyone in Northern Ireland to unite to stop it.

“By wearing the Unite Against Hate Logo the team hopes to promote a positive attitude towards diversity in sport and recognise the damage hate crime causes people and communities.”

To support or find out further details about the campaign and planned events visit www.uniteagainsthate.org.uk or join the Unite against Hate Facebook page.